From early June to late July is the monsoon season in Japan. To the Japanese it is known as Tsuyu (梅雨) or Plum Rain because plums ripen during this rainy season. Having spent some time in Maryland I am accustomed to summer rain. While the rain in Maryland was unlike anything I have ever seen or experienced, Tsuyu in Japan does not disappoint either (or maybe it does - depending on your perspective). I love the rain and when I fish I tend to wet wade and swim so I am already wet anyways and so I do not really care if it is raining or not when I am fishing. 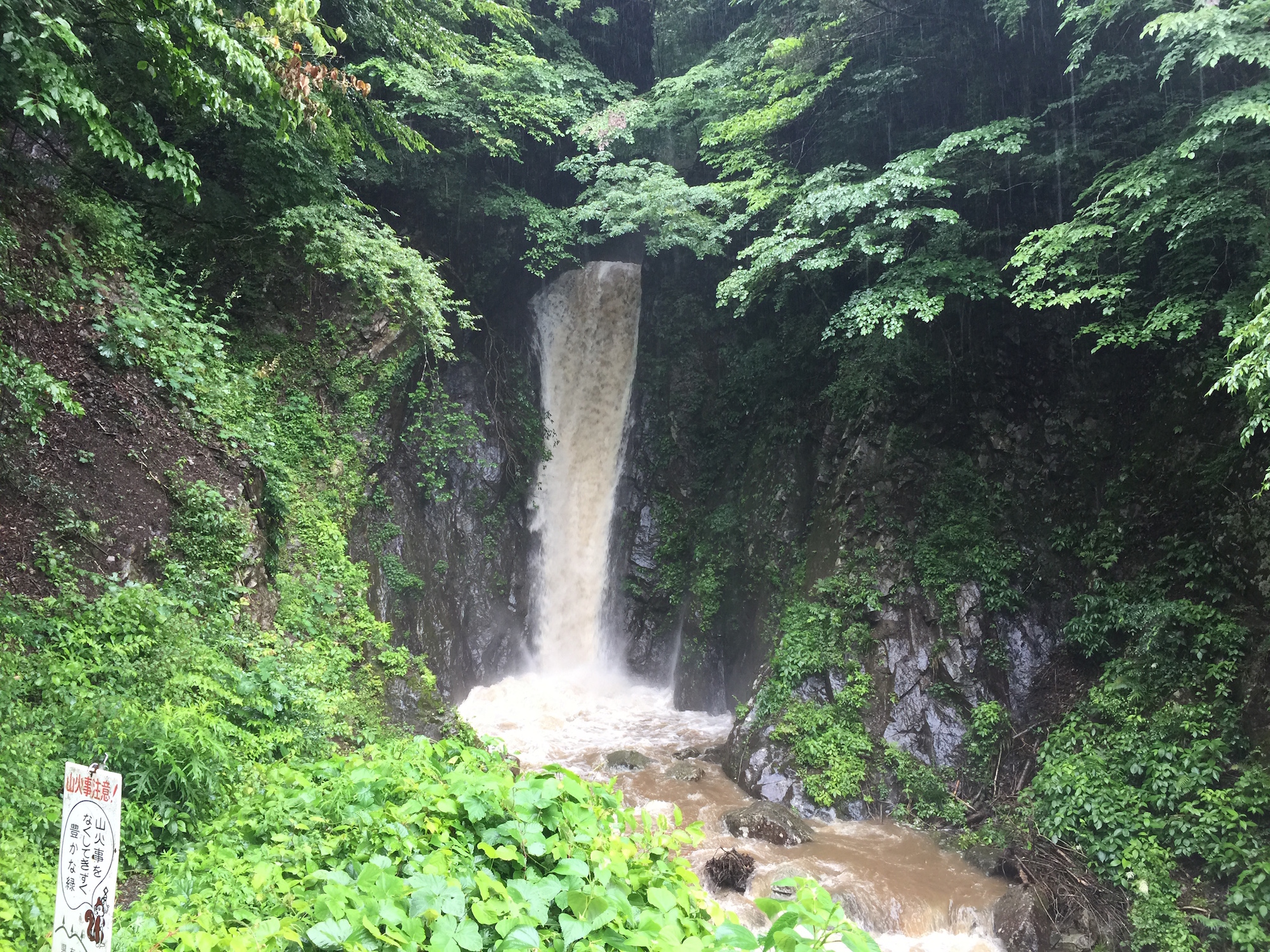 This week I have been taking clients out to a local river for some guided Tenkara trips. I have dreamed of guiding as a profession for nearly a decade, and now that I am finally making it a reality, after years and years of countless setbacks and disappointments, I could not be happier! It is going to take a little more than an epic Plum Rainstorm to dampen my spirits. 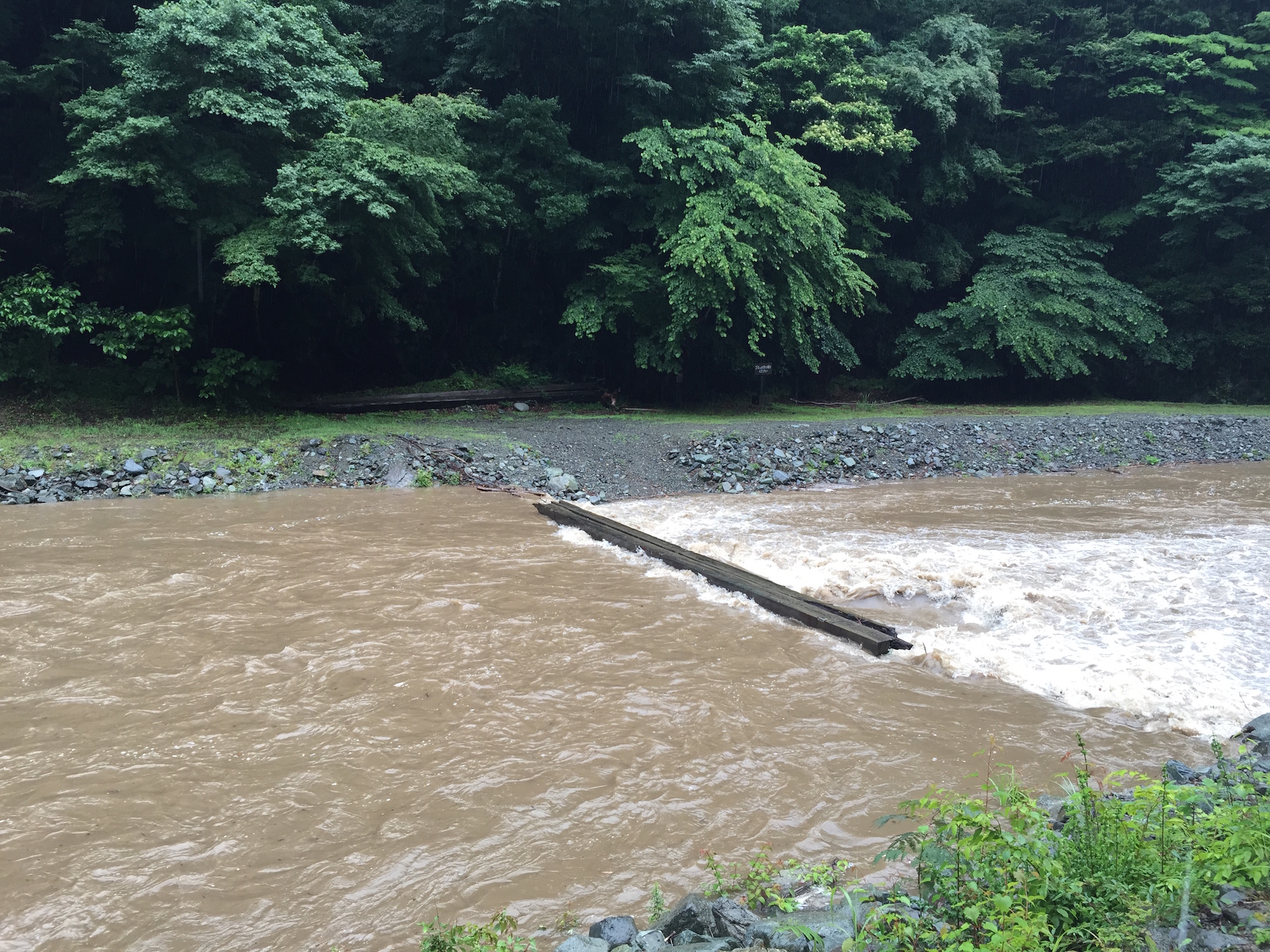 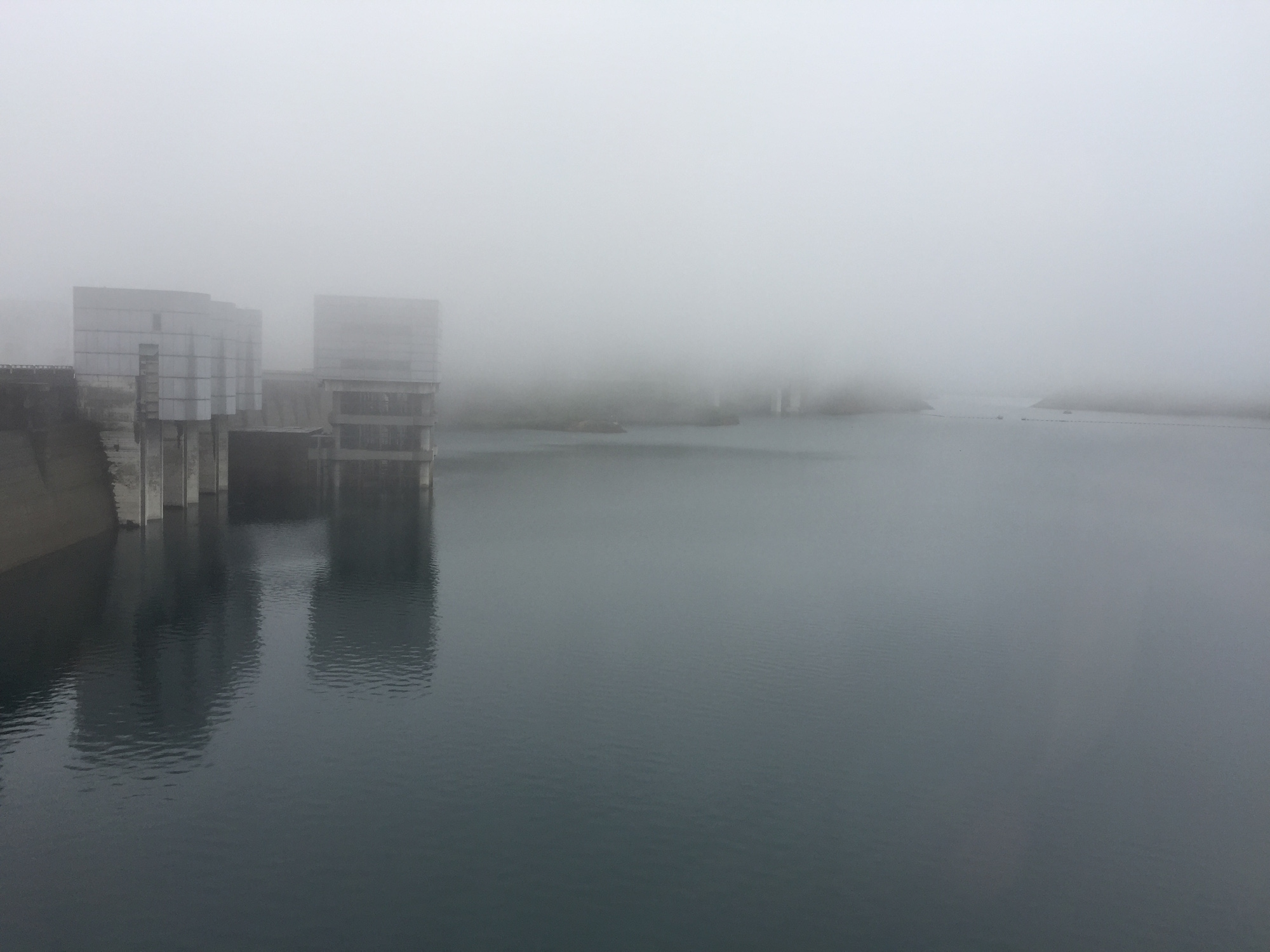 Seriously though I have been told that the rain we are experiencing here in Japan this summer is pretty much unheard of. Normally it does not rain for 8-9 days straight - at least in this region of Japan. Still my clients have been stoked and in a few short days we have managed to catch 50+ Rainbow and Yamame, even some up to 18" (unfortunately with all this rain and since I do not currently own a waterproof camera my photos ops have been a little hit and miss - so I guess you will just have to take my word for it)! 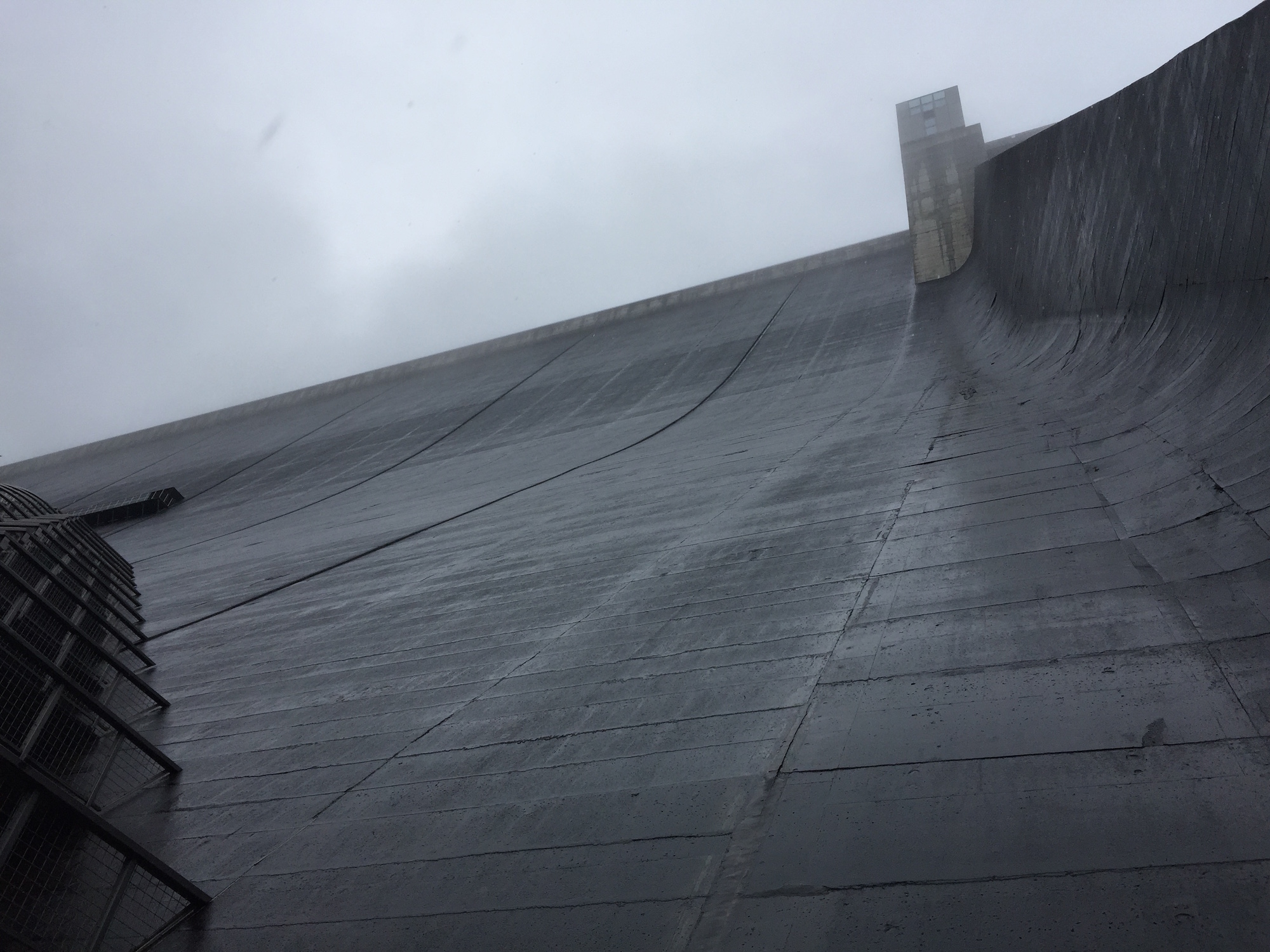 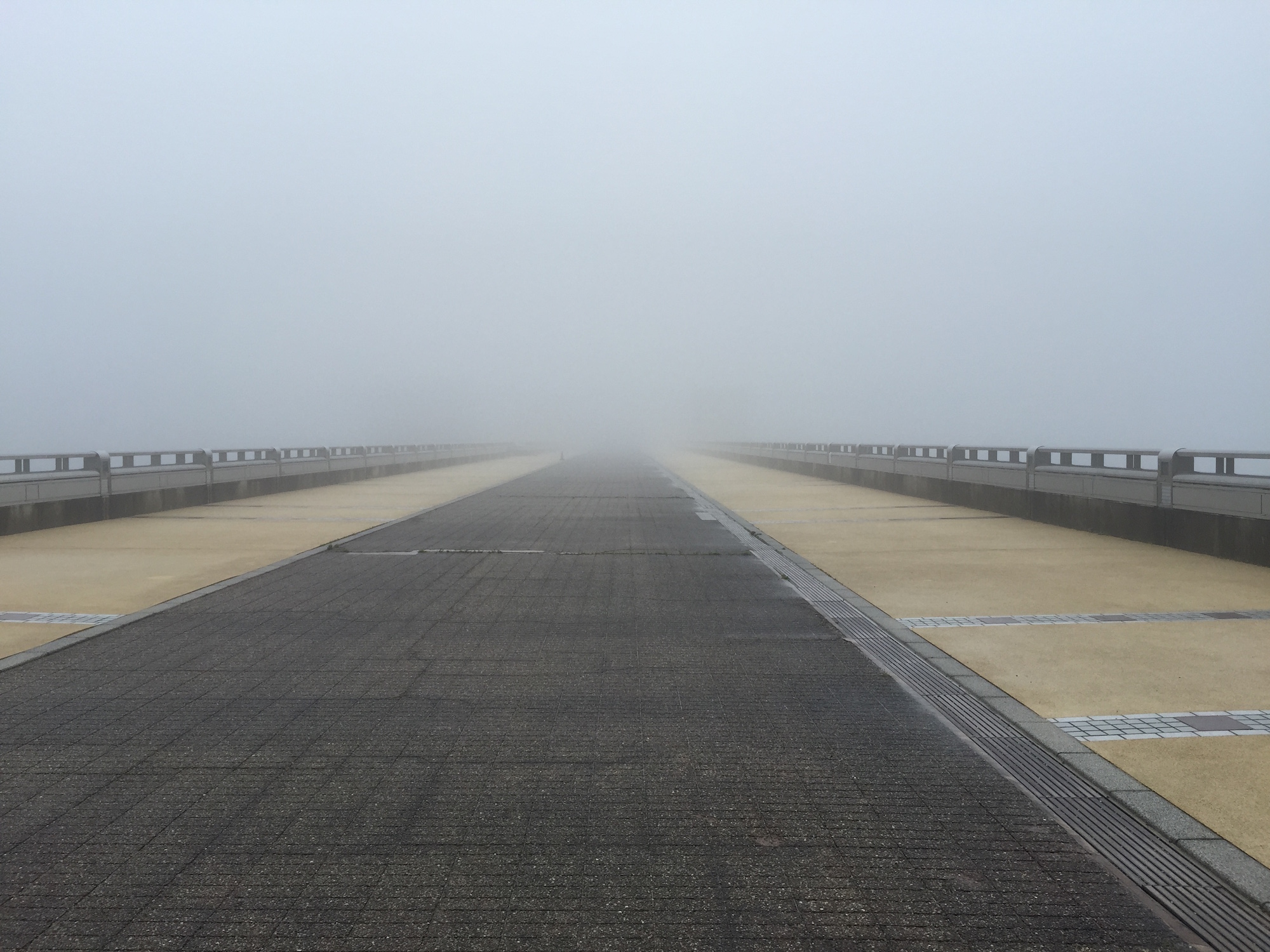 Today we arrived at the river bright and early, although it was not really bright - it was cloudy and raining cats and dogs. However, after a quick stop at a local convenience store to stock up on ponchos we descended on the river with our Dragontail Tenkara rods. After bouncing from client to client teaching some basic casting lessons and offering some pointers on hand position, fly manipulation, and reading currents I was able to get my own fly wet. Within a few casts I had a beautiful Rainbow on the line. 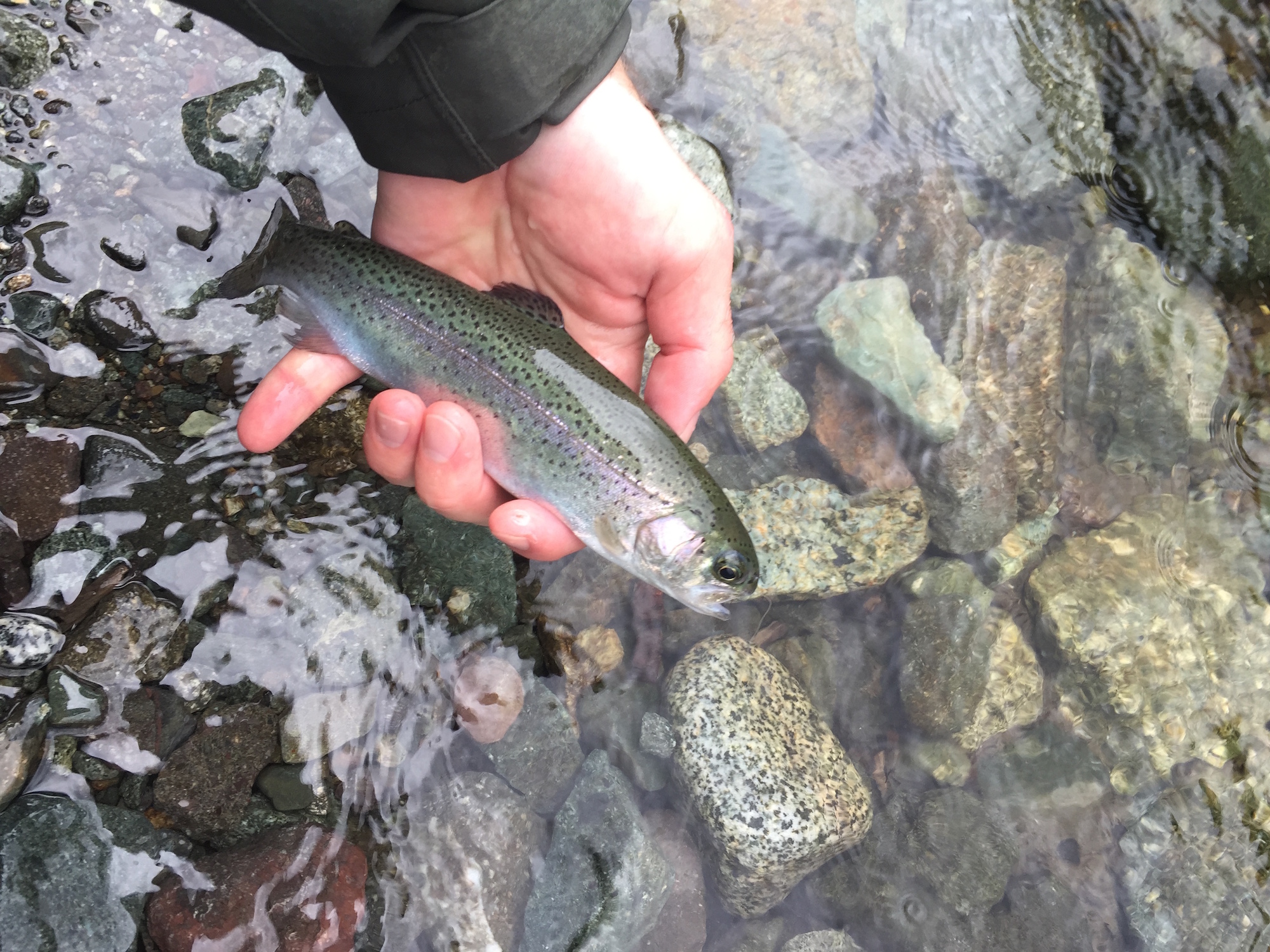 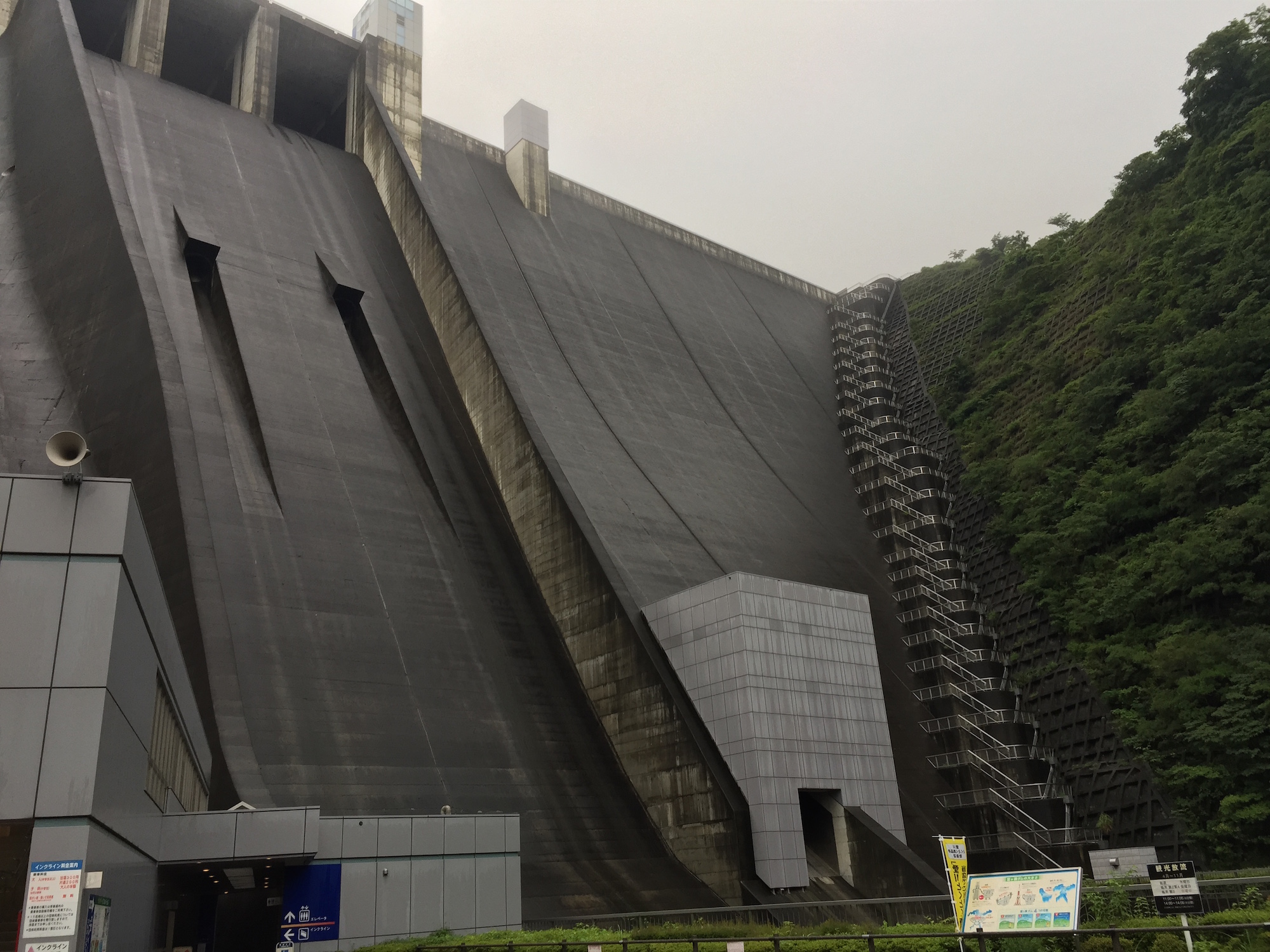 She was pretty spunky and hard to release as she did not want to stop flopping around - I seriously need to get a net. After maybe an hour the non-stop rain caught up with us and the river blew out pretty quickly. It showed no signs of letting up and with the river rising by the minute we bailed for some sightseeing in the rain! Overall, it has been a great week despite the epic Plum Rain. Now I am hoping that the rain will cooperate and give us just enough of a lull that we can enjoy our fireworks show tomorrow night. Keeping my fingers crossed! 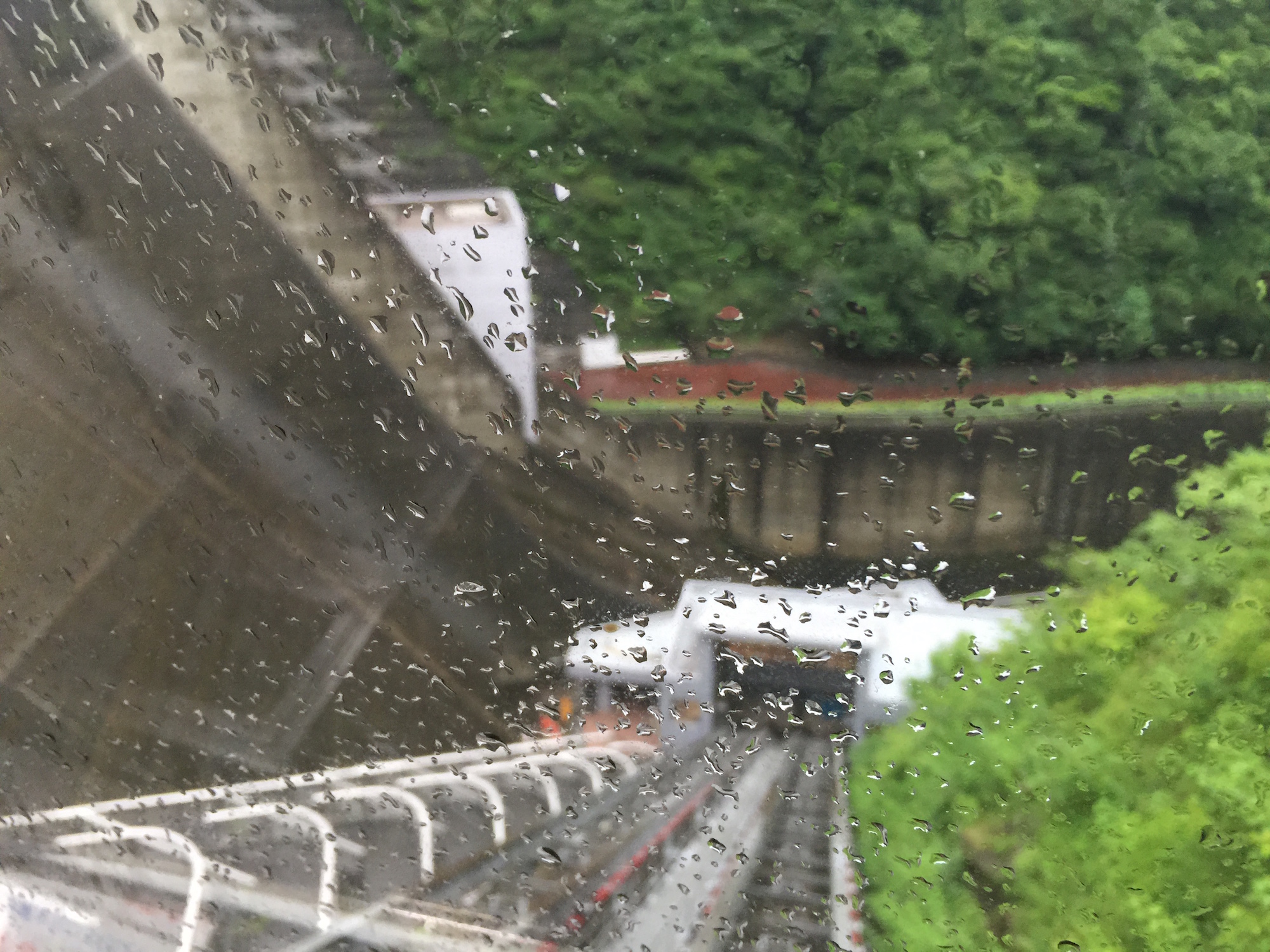