A few months back Tenkara Fisher published this great interview with Kazuya Shimoda. Kazuya talked a lot about headwaters Tenkara deep within the mountains of Japan. Kazuya said "it [was] necessary to have stream side lifestyle skills... such as knowledge of Sansai mountain vegetables, mushroom gathering, and fire making skills" if you want to experience remote headwater Tenkara. For the short time I have been in Japan I have sought after remote, untouched, and wild mountain streams filled with native trout. 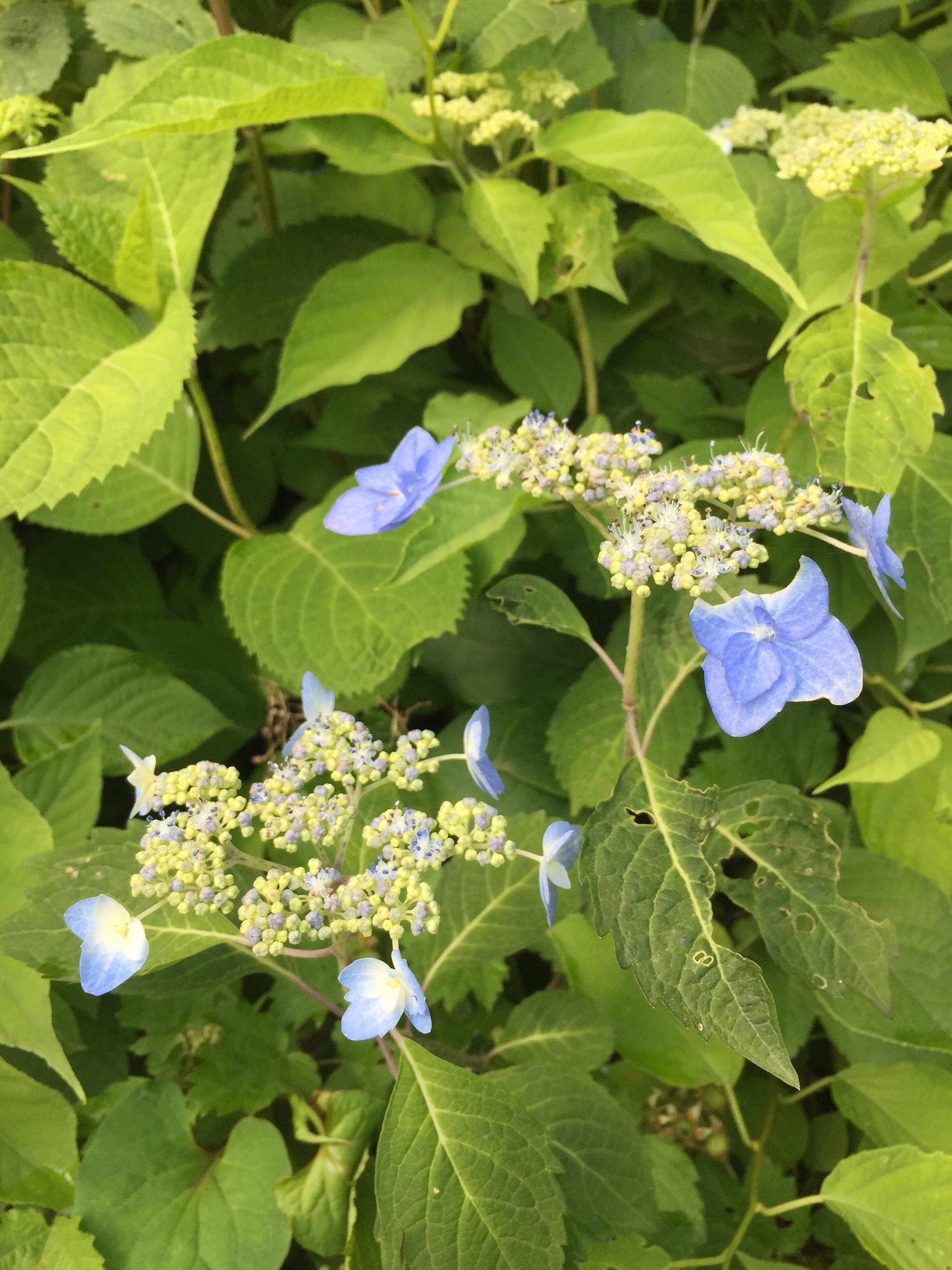 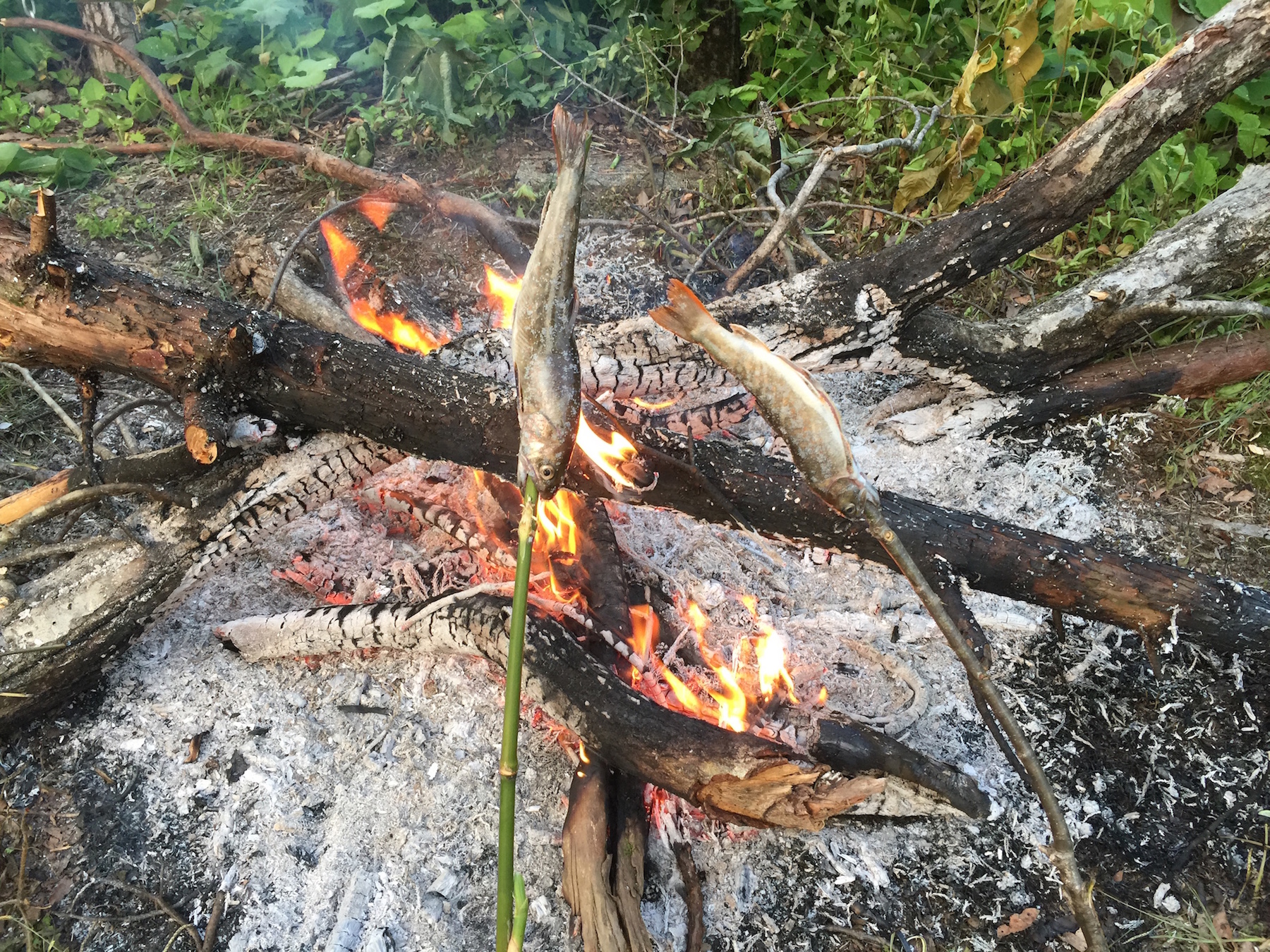 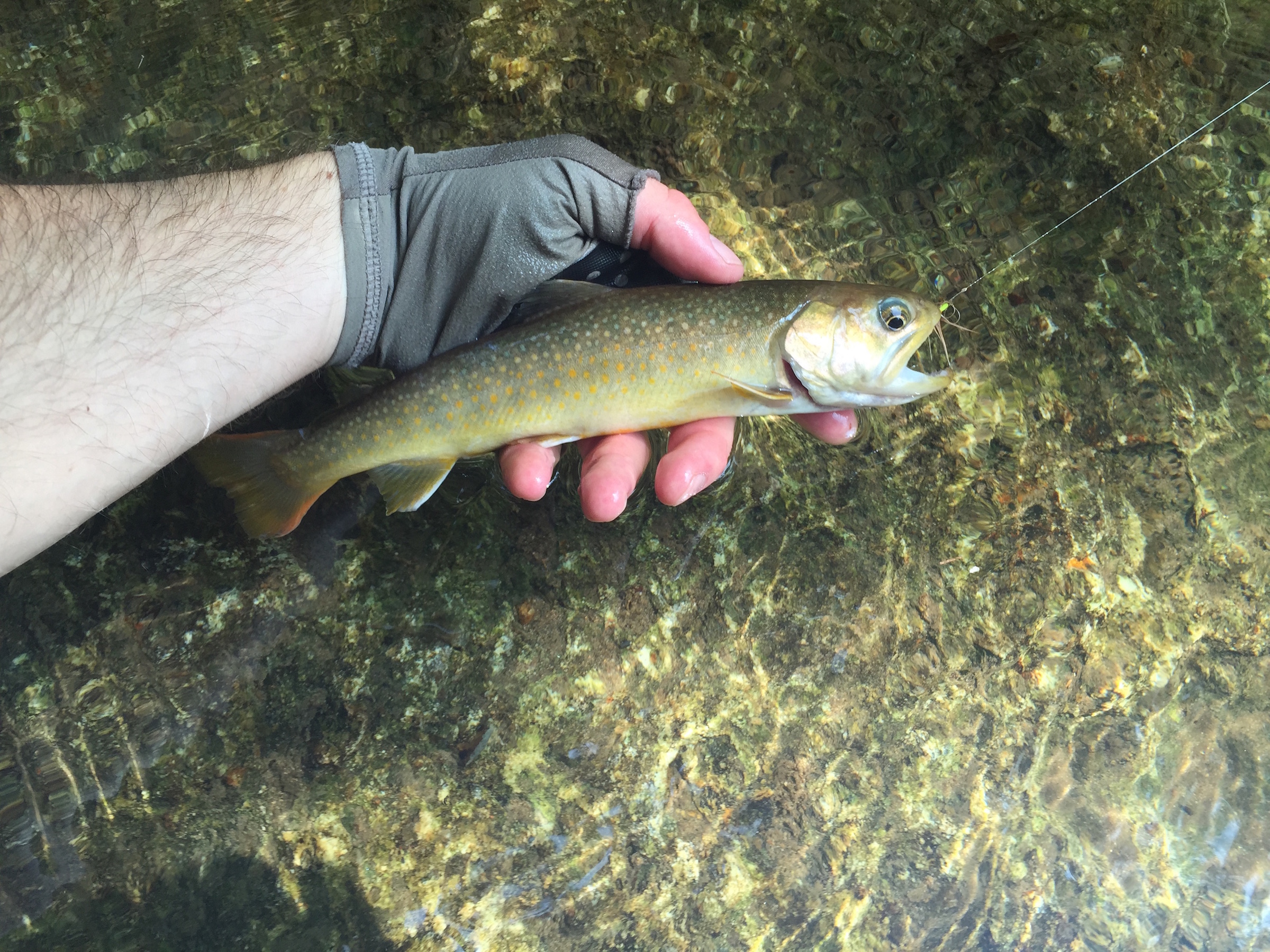 Epidote Creek was a good start but I knew that I needed to learn about Sansai and Kinoko to spend a greater amount of time in the backcountry. Having the skills to live off the land with only minimal equipment for several days or even a week or two is my overall motivation for taking up Tenkara. A few days ago I had the opportunity to learn first hand about Sansai mountain vegetables! 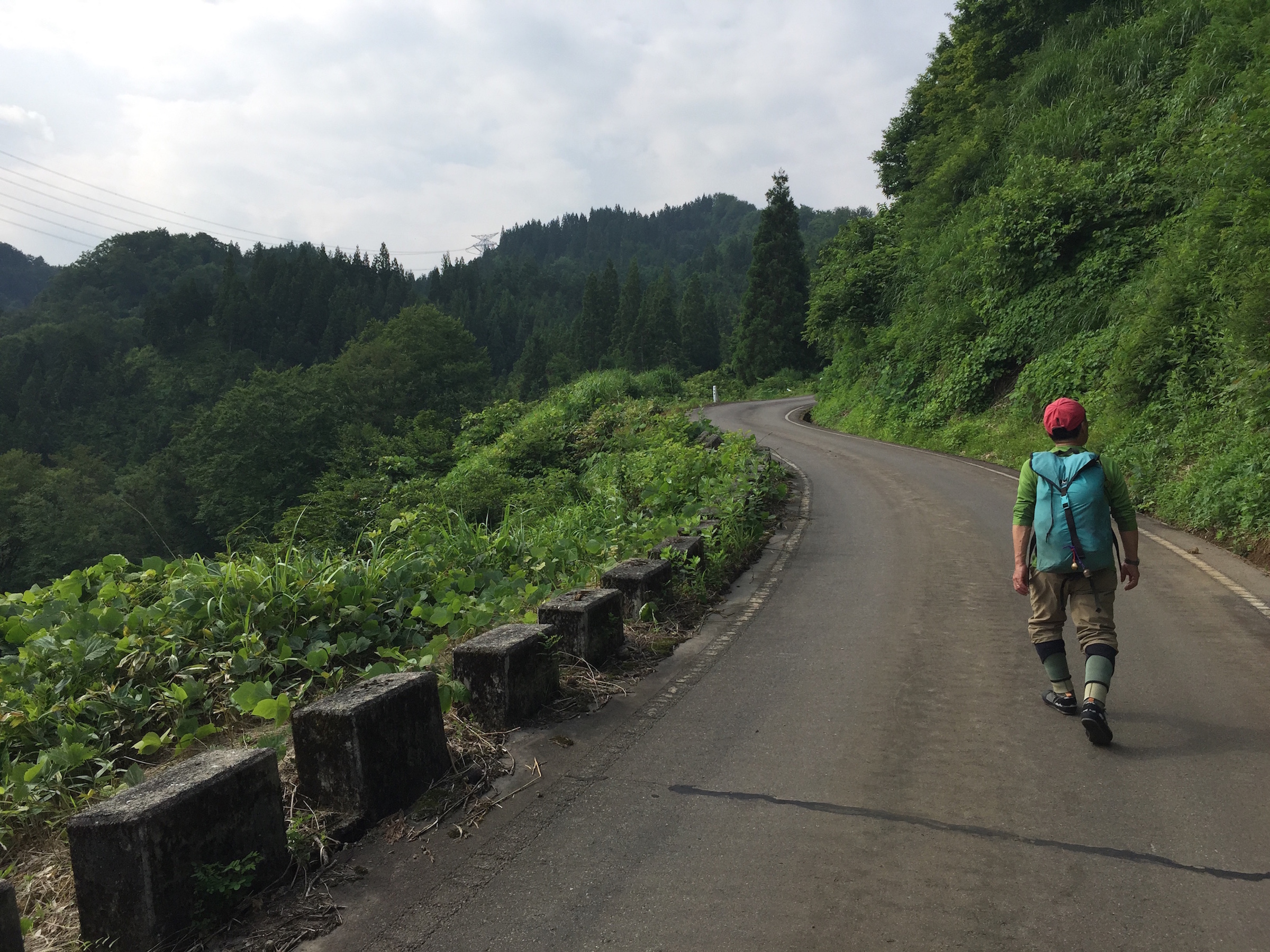 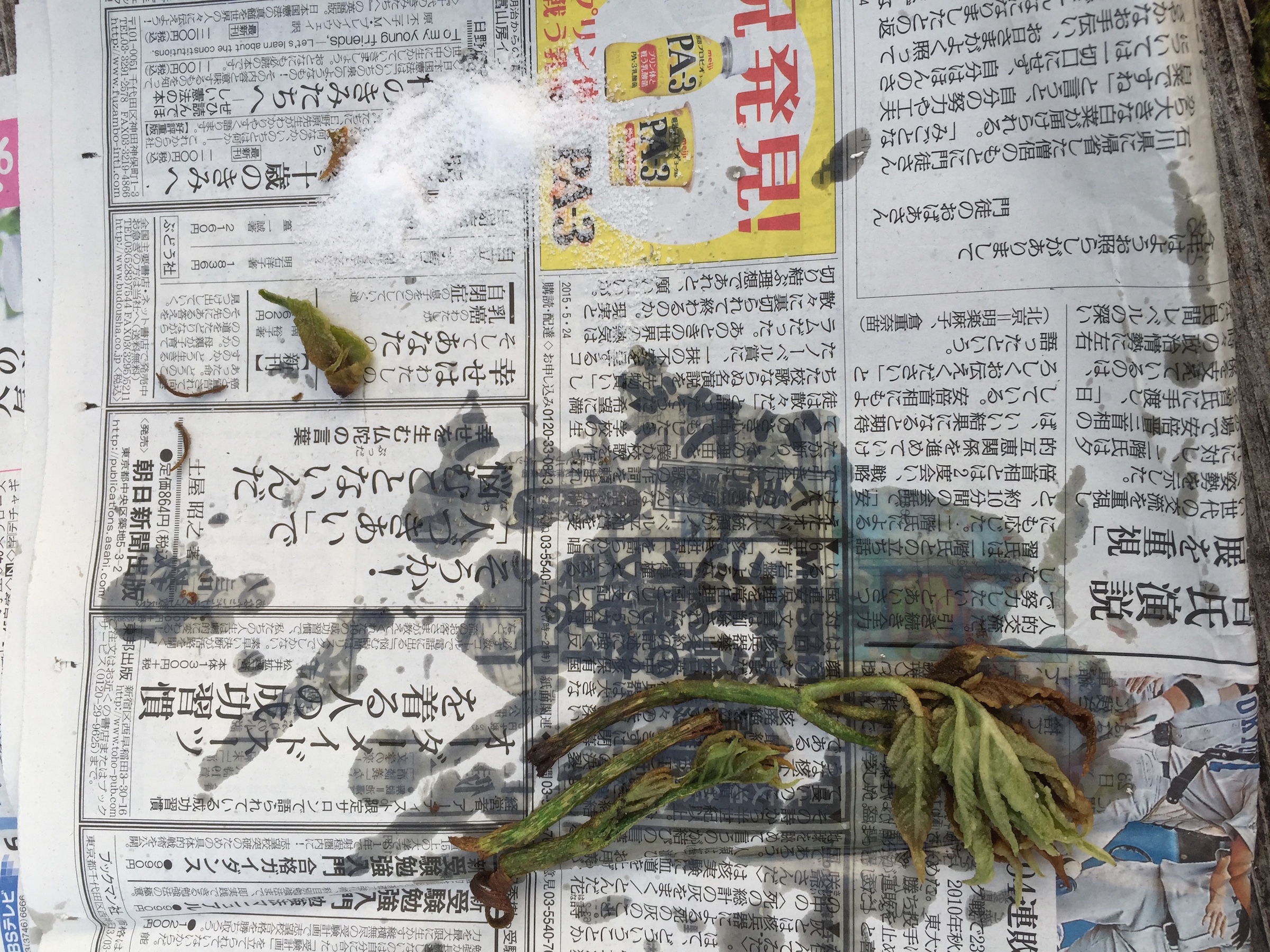 This past week I had the great fortune to go fishing and camping with my friend Tetsuya. We were guided by Kado-san, who is the owner of Kadoya Outdoor Shop in Yokosuka, and who is also a Tenkara sensei. Kado-san had agreed to take us to his favorite keiryu, hidden out of site in a narrow valley deep in the mountains of Niigata Prefecture. It was a four or five kilometer walk from the campsite to the creek. On the way up Kado-san pointed out the many types of Sansai (山菜) mountain vegetables that were growing along the path. 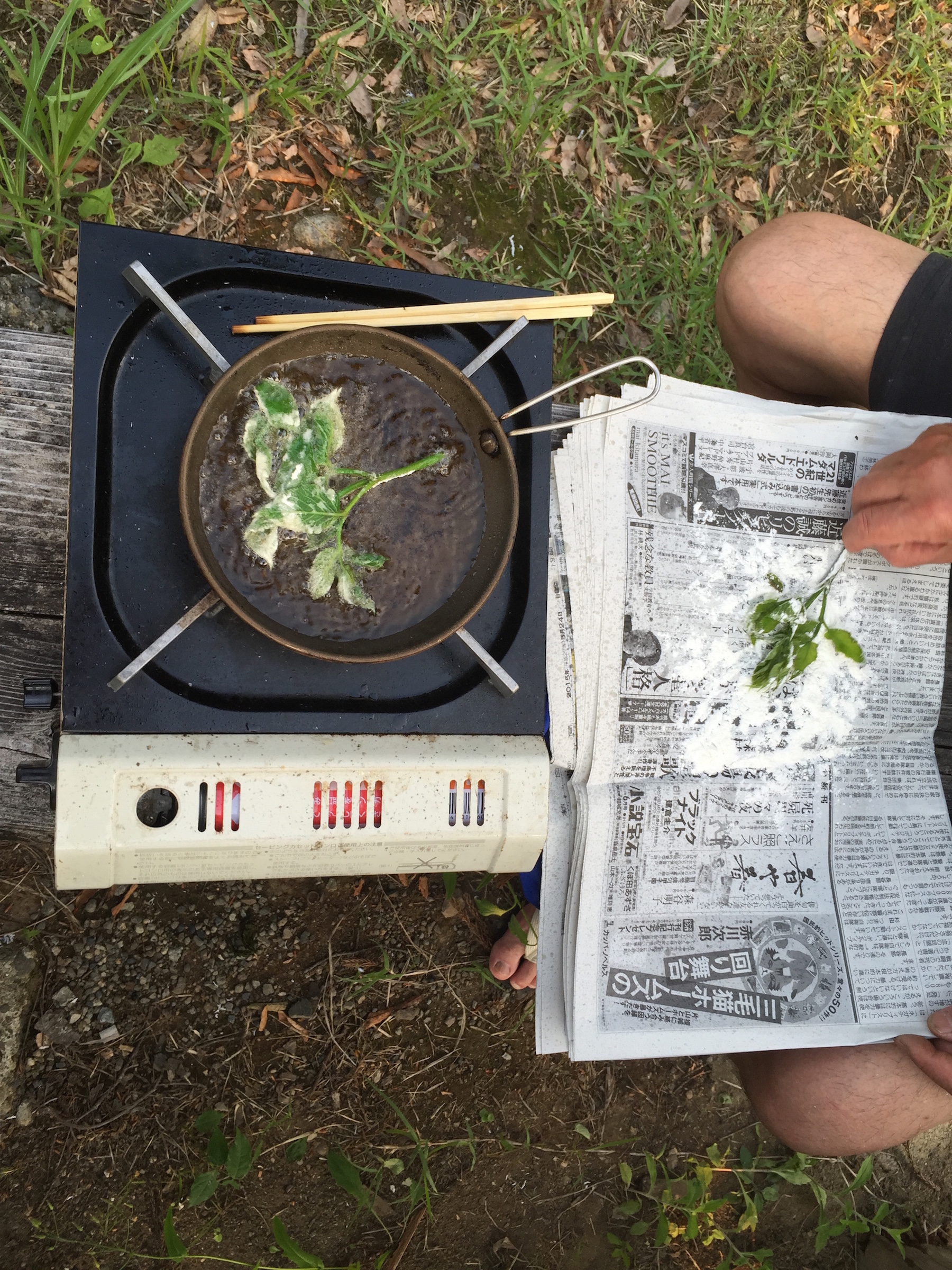 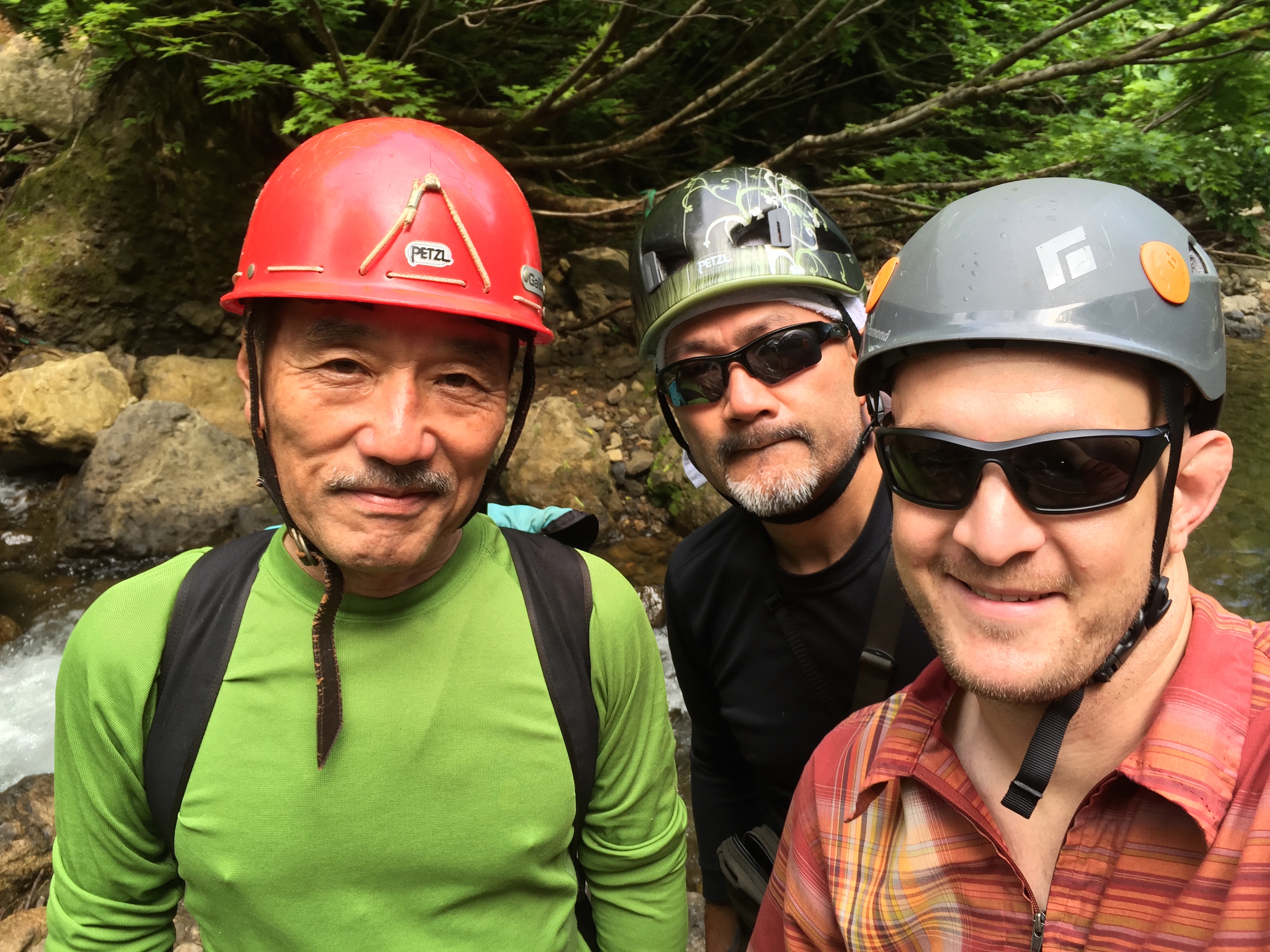 After a great day of fishing we foraged for Sansai as we hiked back to our campsite. By the time we got back we had collected a bag filled with various mountain vegetables. That night I dined on Takenoko, Udo and Mizu tempura, Urui Miso Soup, and Iwana. It was a delicious mountain meal and everything but the flour, salt, miso soup mix, and olive oil (to make the Tempura and Miso Soup) we had caught or collected ourselves! 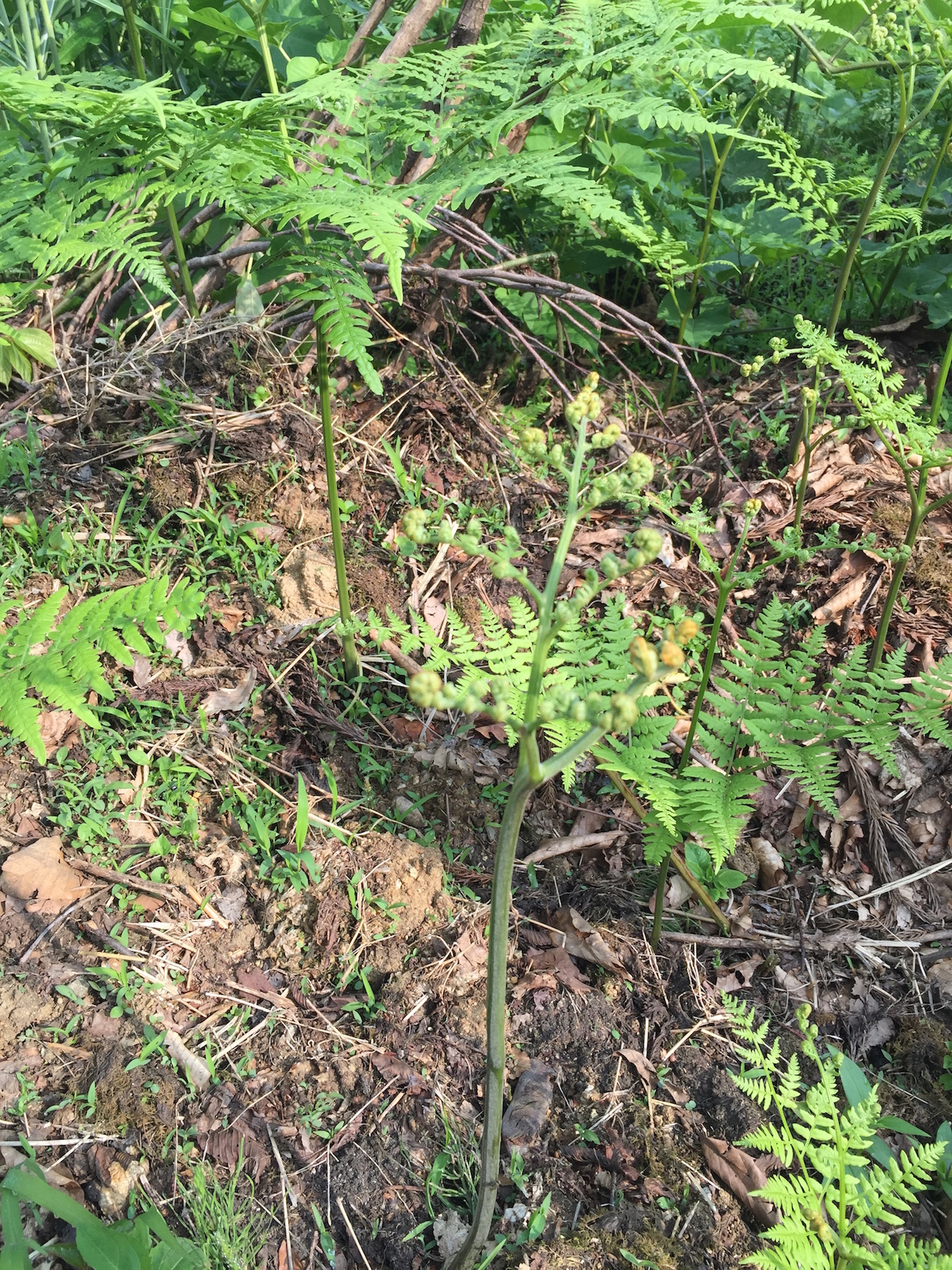 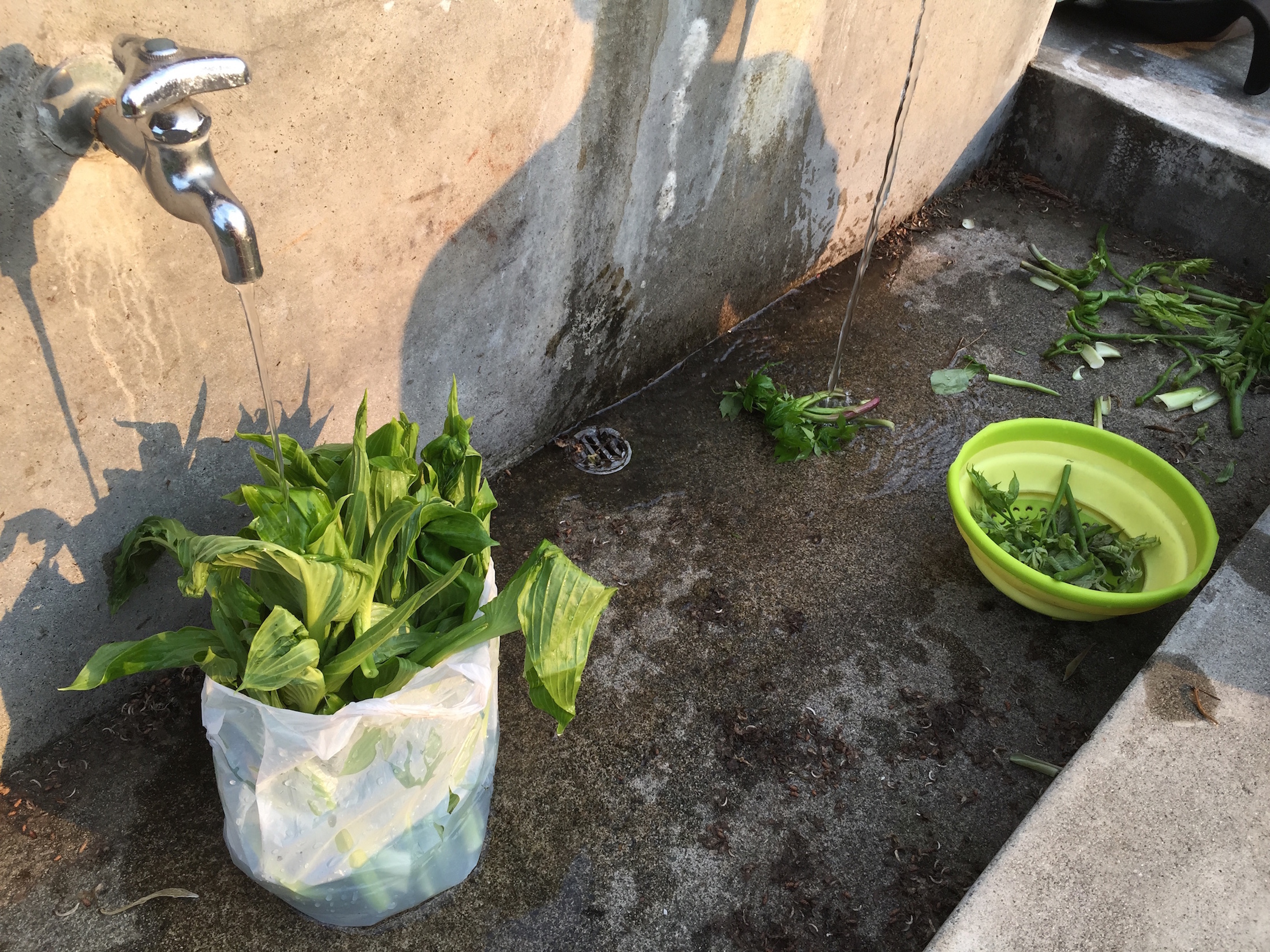 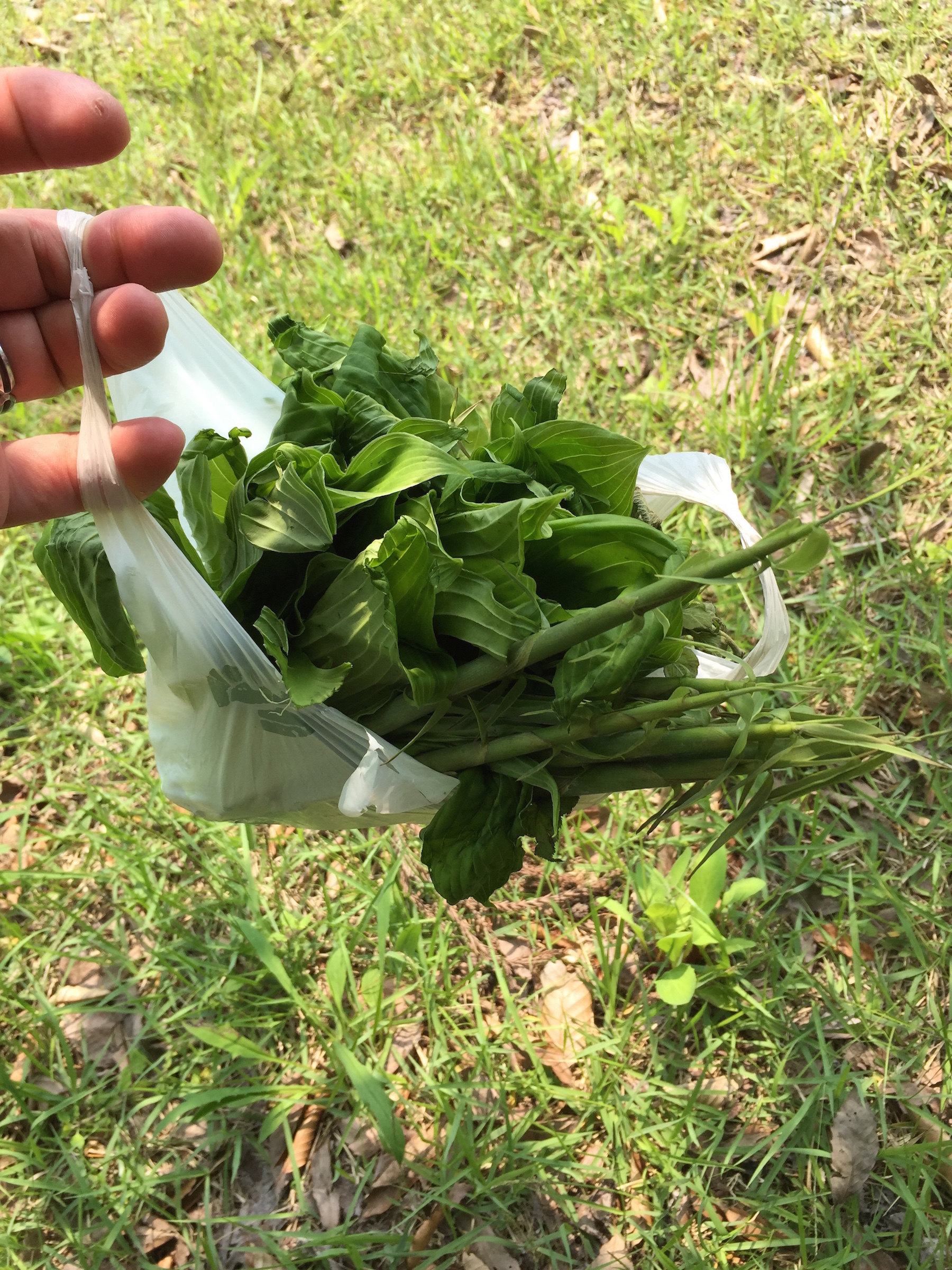 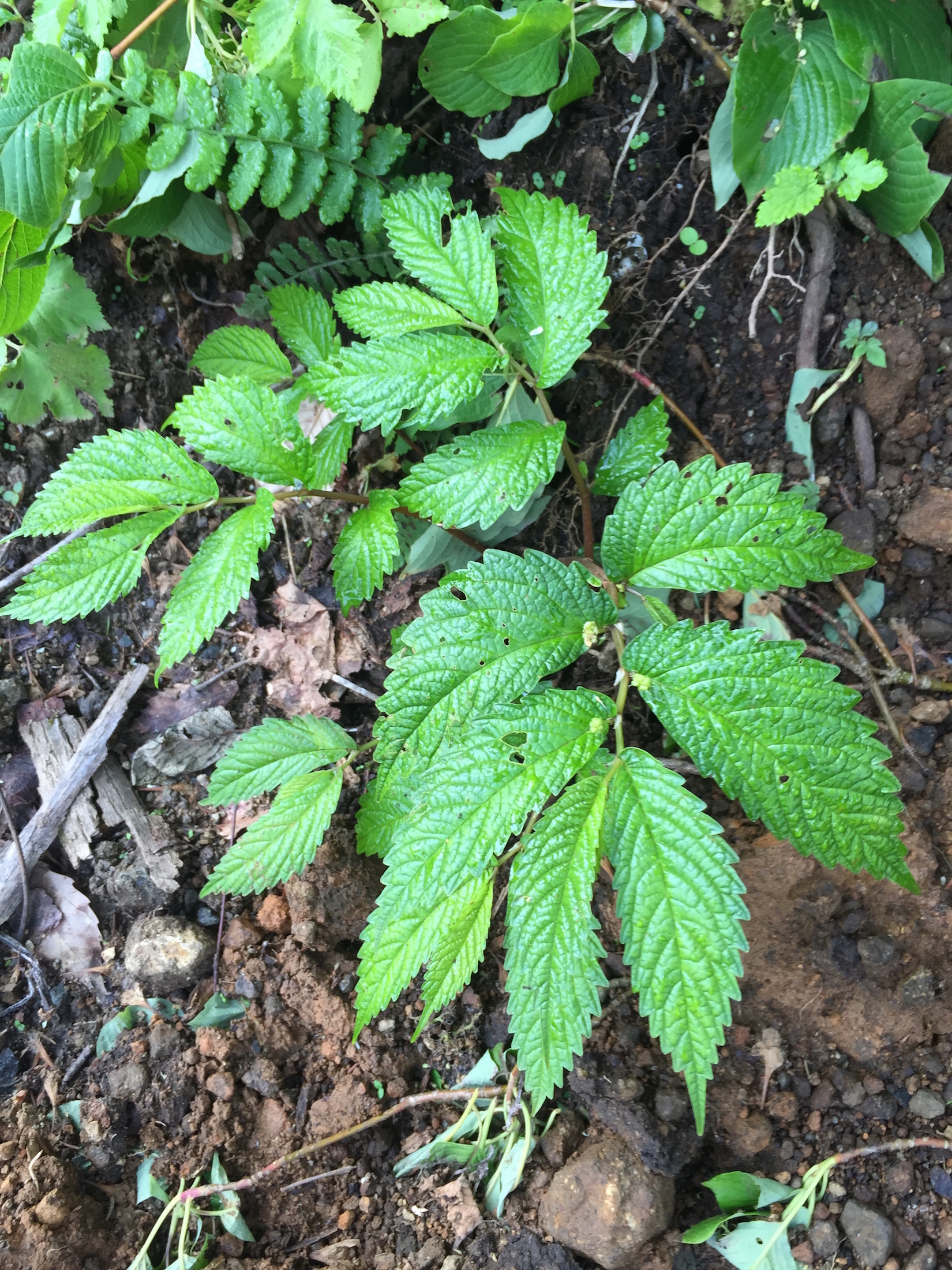 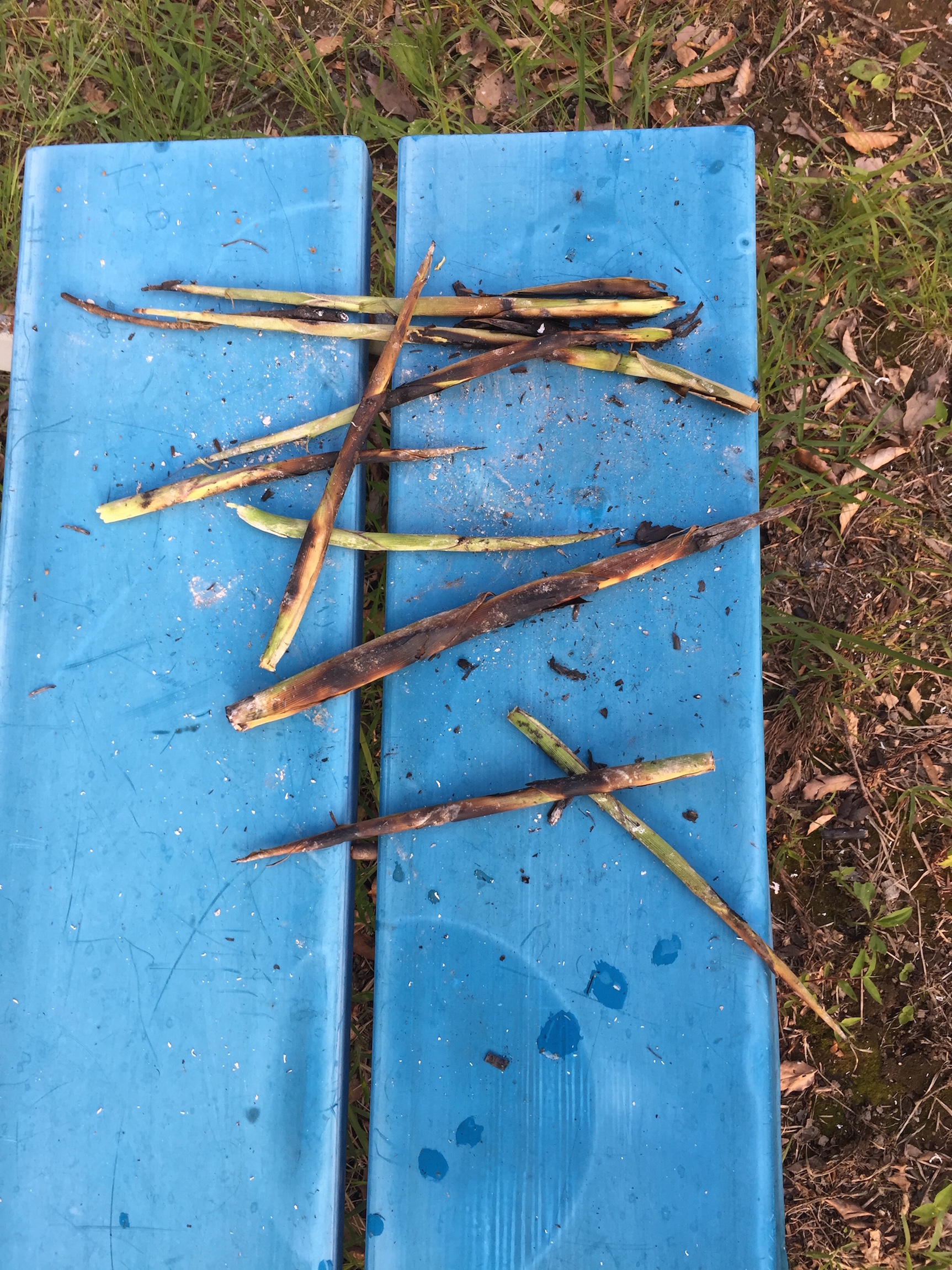 The Takenoko, or Bamboo Shoots, were easy to prepare - just toss them in a bed of hot coals for a few minutes. Once they are nice and hot they are ready to eat. Working from the base to the tip just peel off the leaves and eat the soft meaty ends. 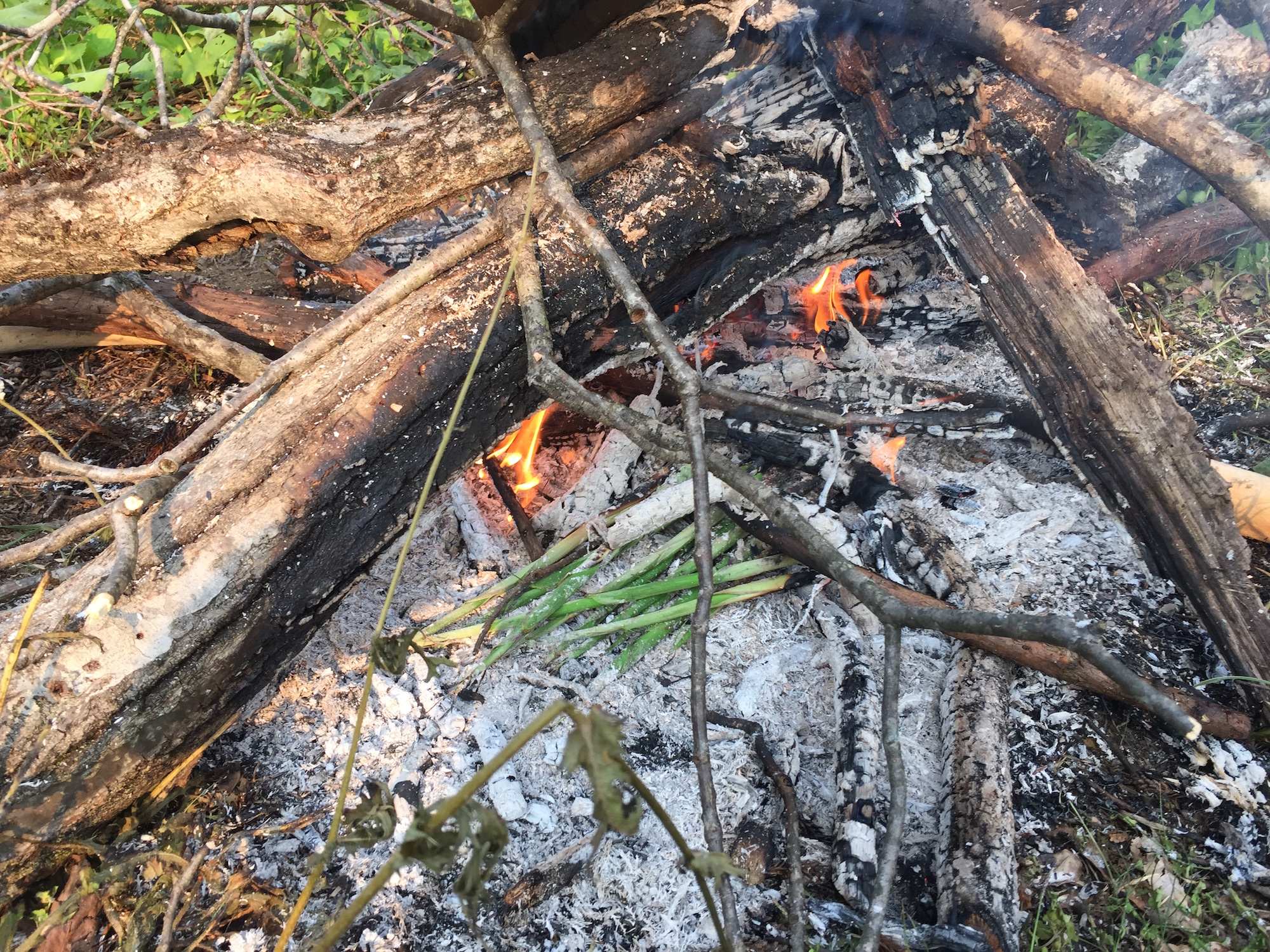 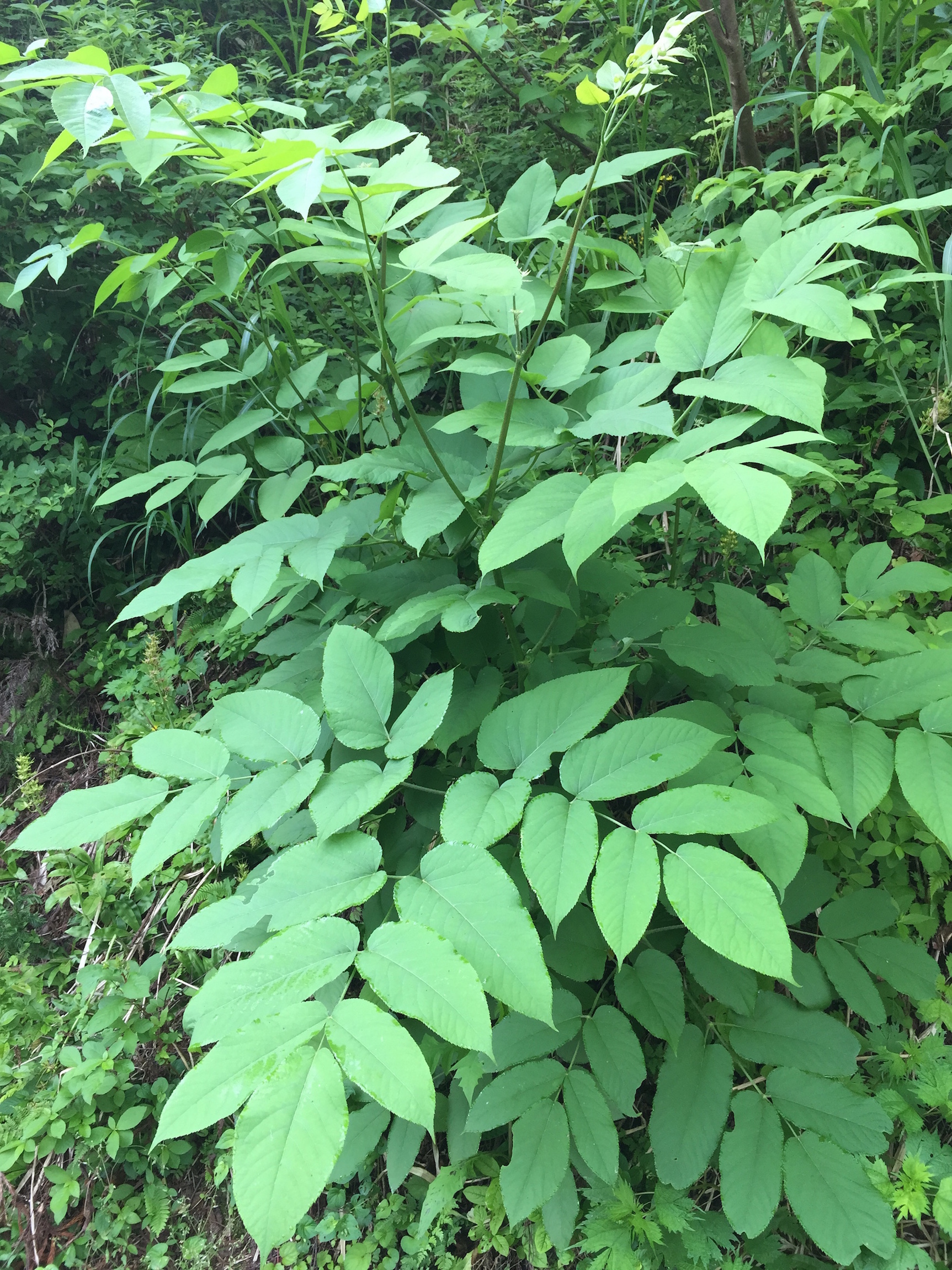 The Urui shoots are cooked for five to ten minutes in Miso Soup and were quite tasty (sorry no pictures). It went very well with the Iwana. 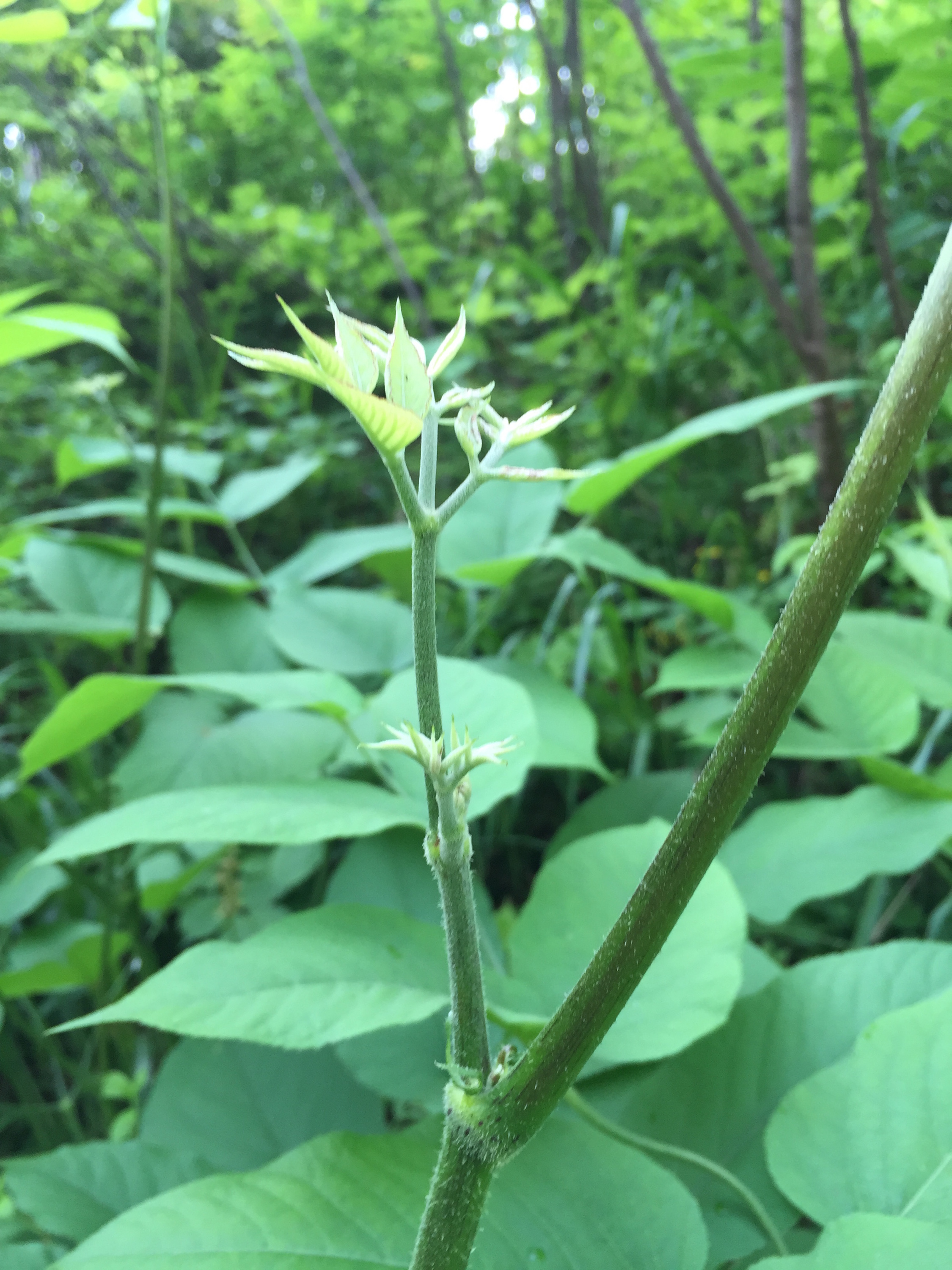 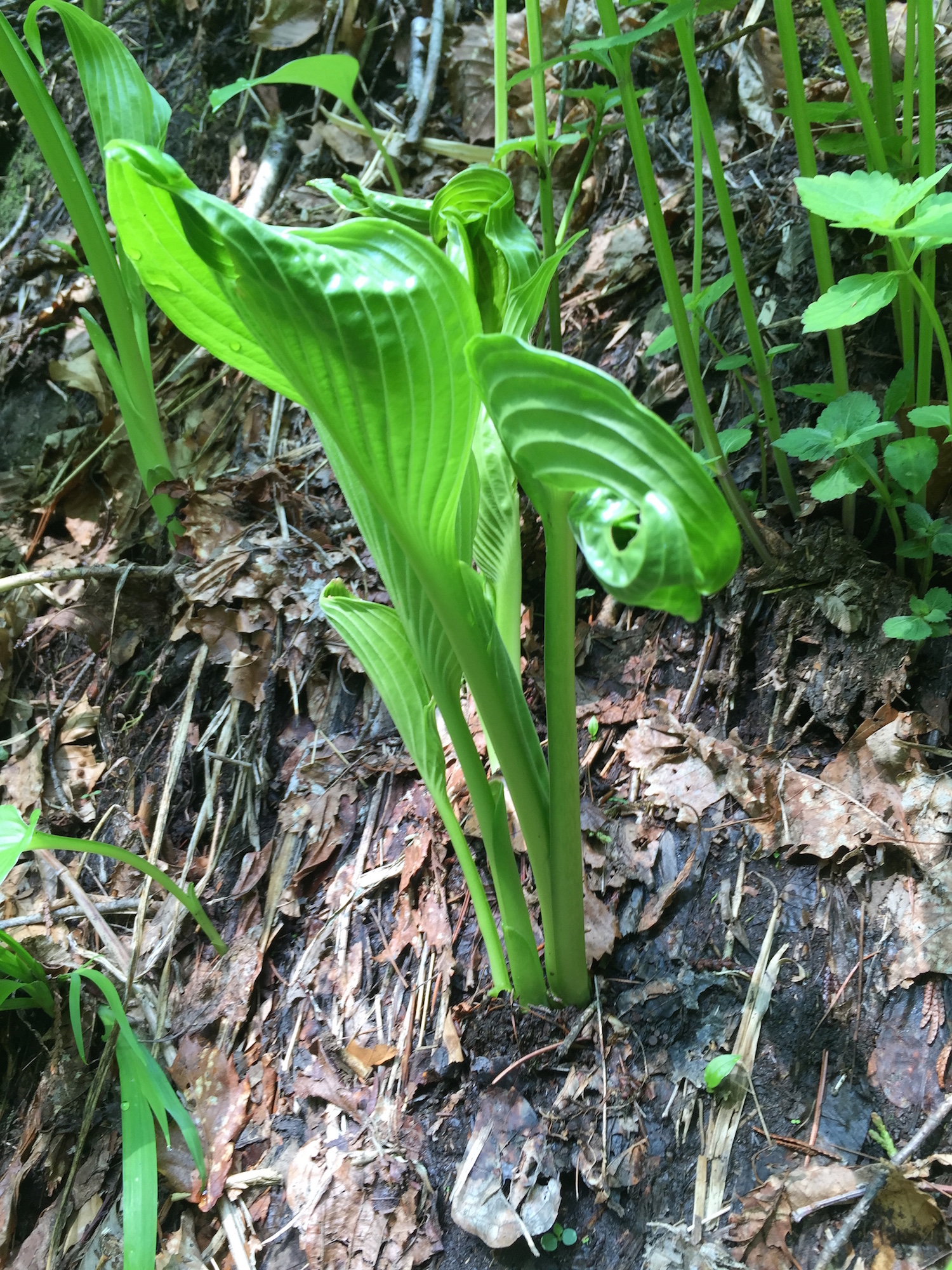 Between us we caught a dozen fish, had about another dozen on the line that got off, and we kept two. Kado-san told me that we should put the big ones back as they were of spawning age. Overall, we caught or saw close to 30+ fish in the 1.5km long section of the keiryu we fished. I did not feel bad about taking two fish with us as it was apparent that the creek was teeming with fish and they were quite healthy. There were bugs everywhere and the water was very cold and clear. It was fed by springs and many 'glaciers' still remaining from avalanches that had spilled into the valley during the winter. 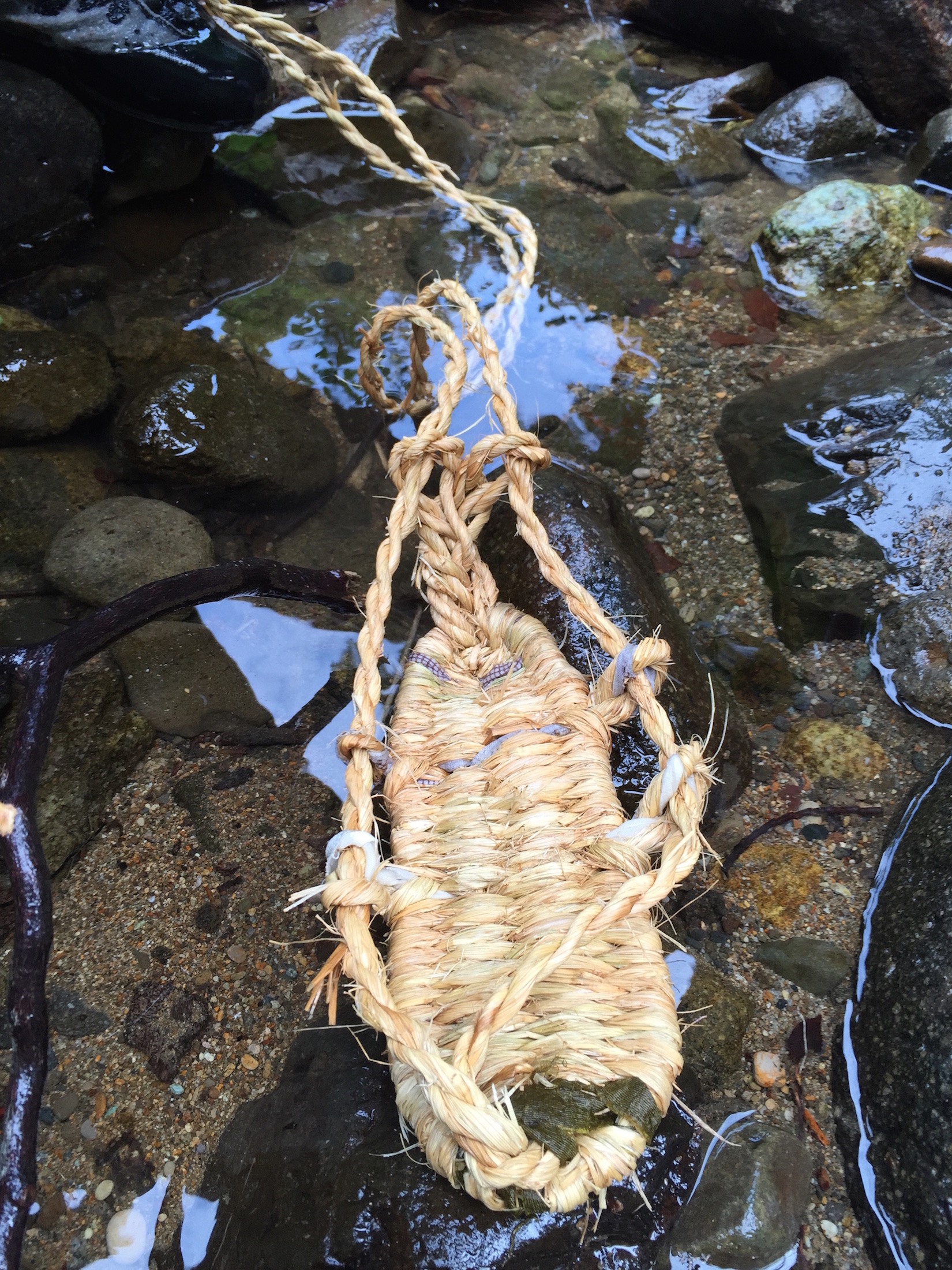