Ayu are a highly sought after game fish in Japan, some of the rivers in Japan that they call home are highly revered. 30-40 years ago, before Japan began making dams at a breakneck speed - Ayu would swim far up the rivers into the mountains from the ocean, much like salmon or steelhead. Now a days Ayu are mostly stocked but you can still find them in rivers close to the ocean, below the impassable barriers that have sprung up in the rivers they have called home for centuries. 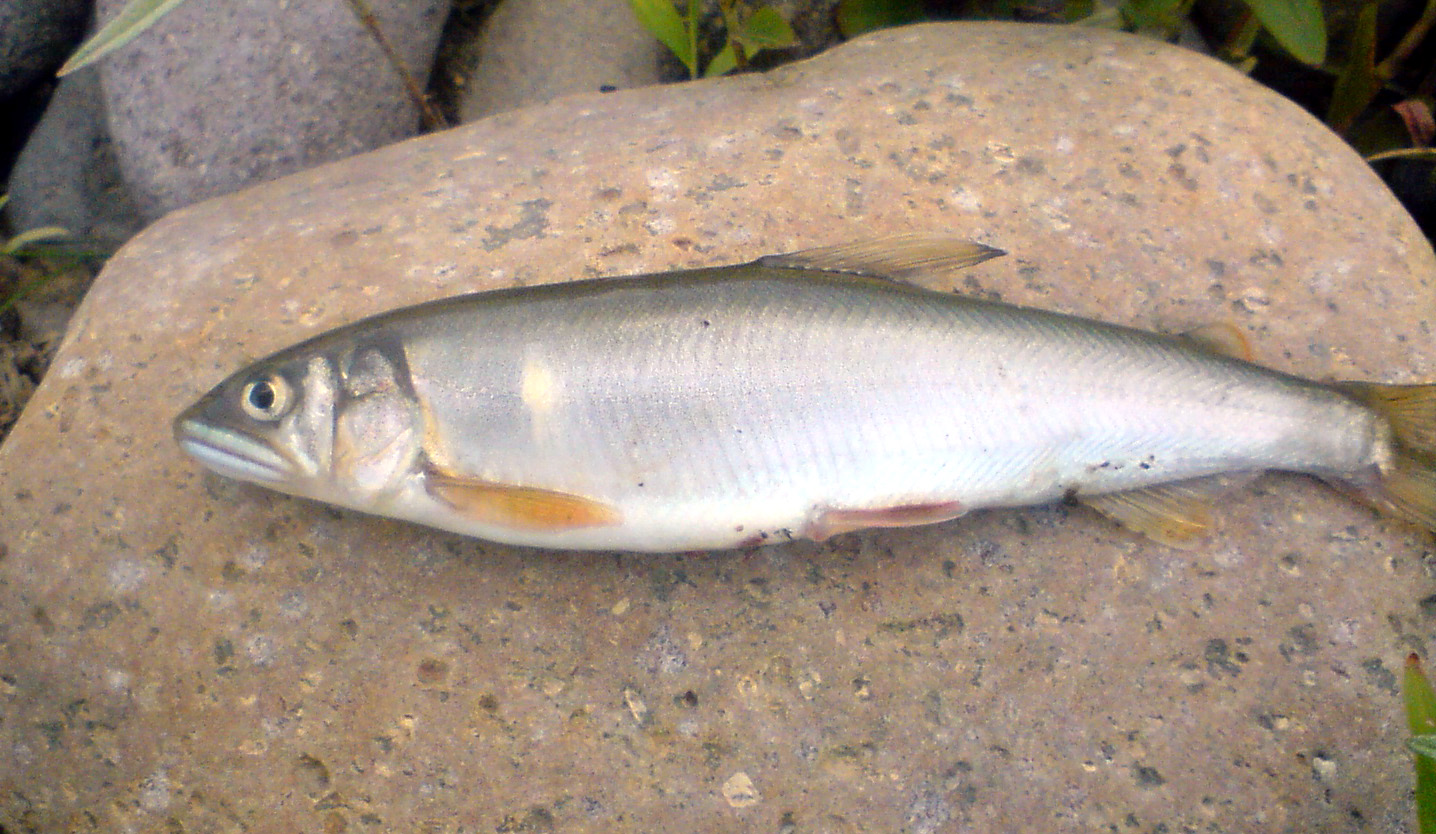 Not my photo courtesy of ©Wikipedia-Japan

Izu Peninsula is one of these places (especially on the Suruga Bay side) where Ayu can still swim fairly far upstream from the ocean. These rivers are also inhabited by sea run Amago, which are quite fun to catch with a Tenkara rod. Last year I traveled to this paradise of striking sea cliffs, white sandy beaches, trout streams, and warm water and caught my first two Amago! This year Kado-san and I returned for three days and two nights to see if we could find a few more Amago. 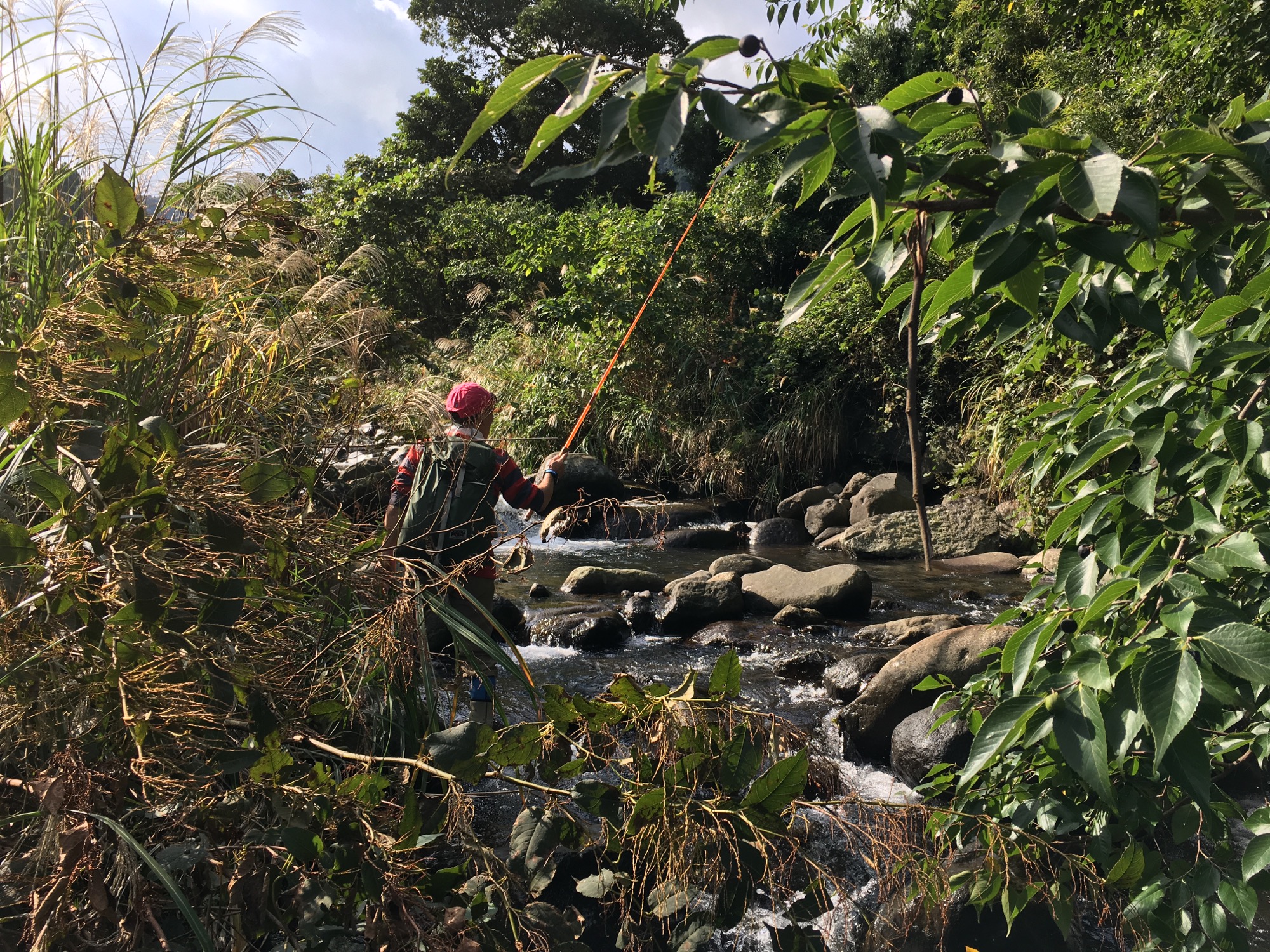 The morning of day one started early but within a few hours we were parked near the first river which was nestled in a beautiful valley surrounded by citrus trees. It was nearly time for the harvest and the air was filled with the scent of tangerines, oranges, and lemons. After a few hours of fishing, we came across two Amago fighting (or maybe rough spawning...?) in a nice pool. We watched them splash in the water for awhile and then turned around and headed back to the van and drove to our usual camping spot. 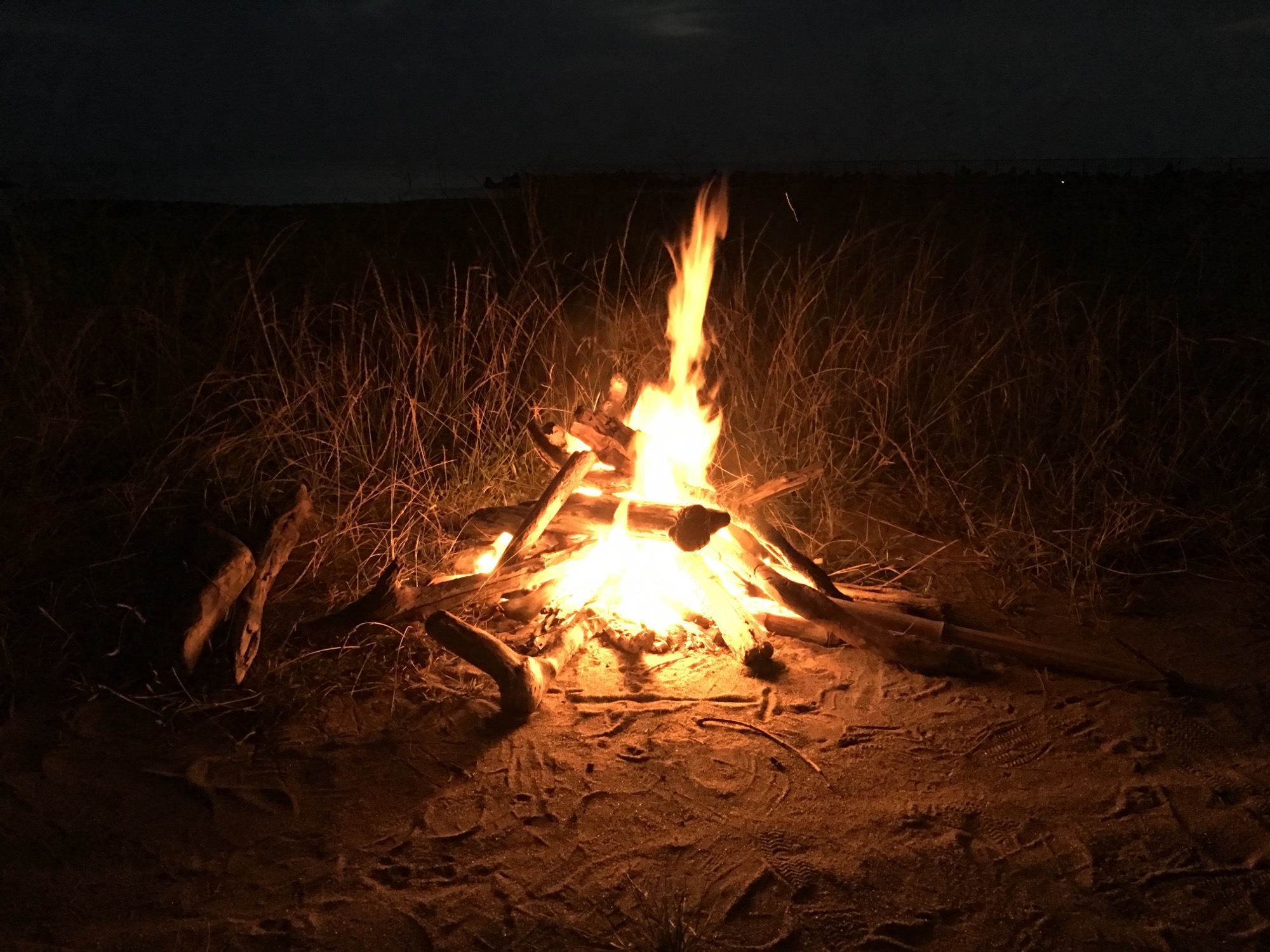 We setup camp and after soaking in the hot sun for awhile I went for a swim in the crystal clear bay next to our free campsite. When I got back to camp a local was talking to Kado-san, his name was Ma-chan (short for Matsumoto). After chatting for a while he disappeared only to return shortly with a few cold beers and some sashimi. A few hours later we followed Ma-chan to a "secret" locals only pool in the keiryu that flowed through the village. Ma-chan handed me a spear and goggles and pointed me towards the water. Within a few minutes I had speared two Ayu! Besides being freezing from swimming in the cold keiryu I was pretty excited to have gotten two fish my first time using a spear. We cooked up the Ayu at Ma-chan's house and then stopped in at the locals only onsen for a nice soak.

The next day we fished two rivers, including the one right next to our beach side campsite. Unfortunately we did not catch any fish nor see any Amago (I did see a TON of Ayu though). It was such a beautiful day and I was so happy to be fishing with my Tenkara rod again that it did not matter. 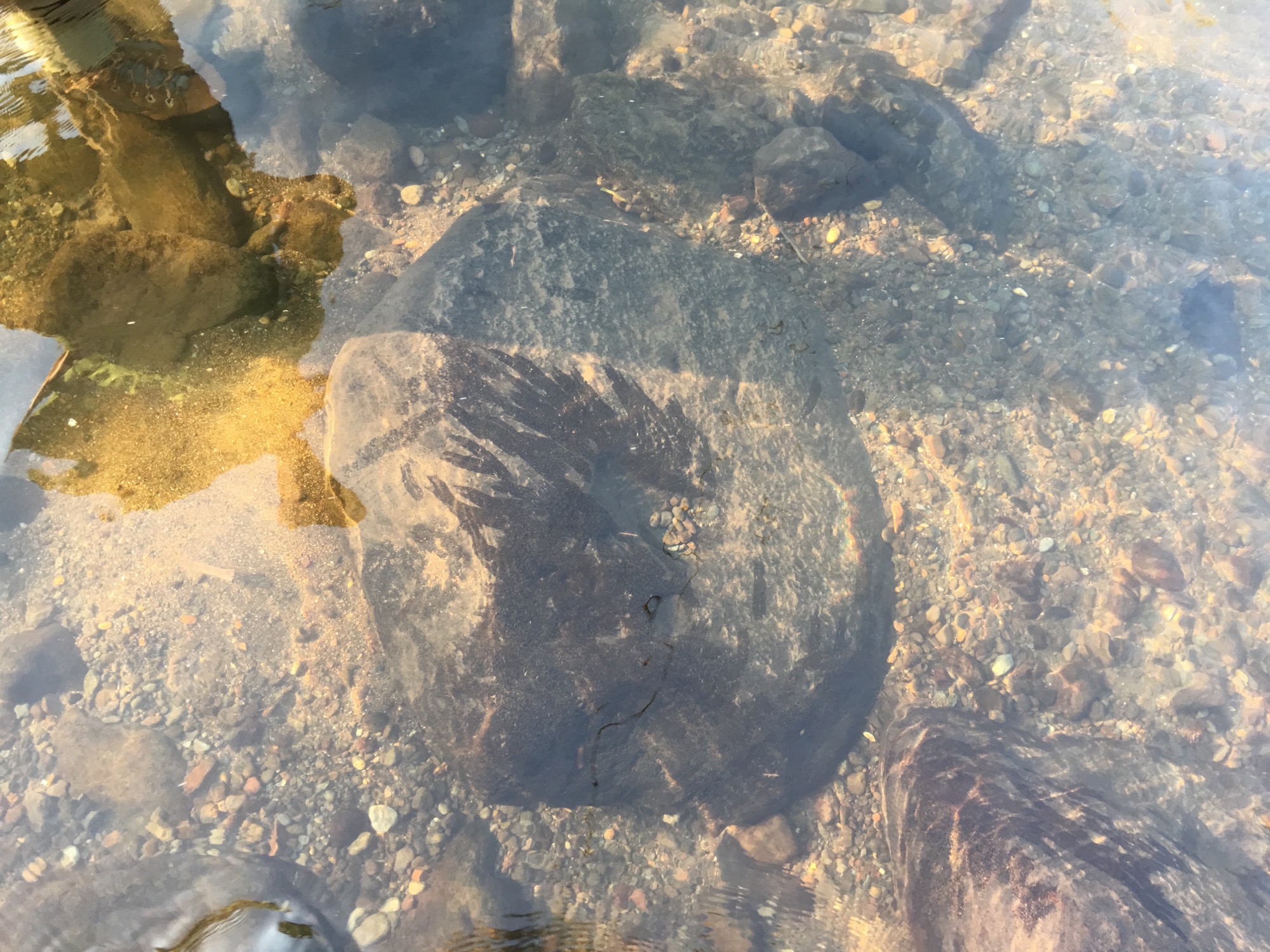 Signs of Ayu feeding on algae were prevalent

While we were fishing though Kado-san came across two fresh water crabs that we brought back to camp with us. So we were not completely skunked. We steamed the crabs in some wine while the camp fire crackled in the evening's dark sky dotted with glistening stars. It was a magical evening. 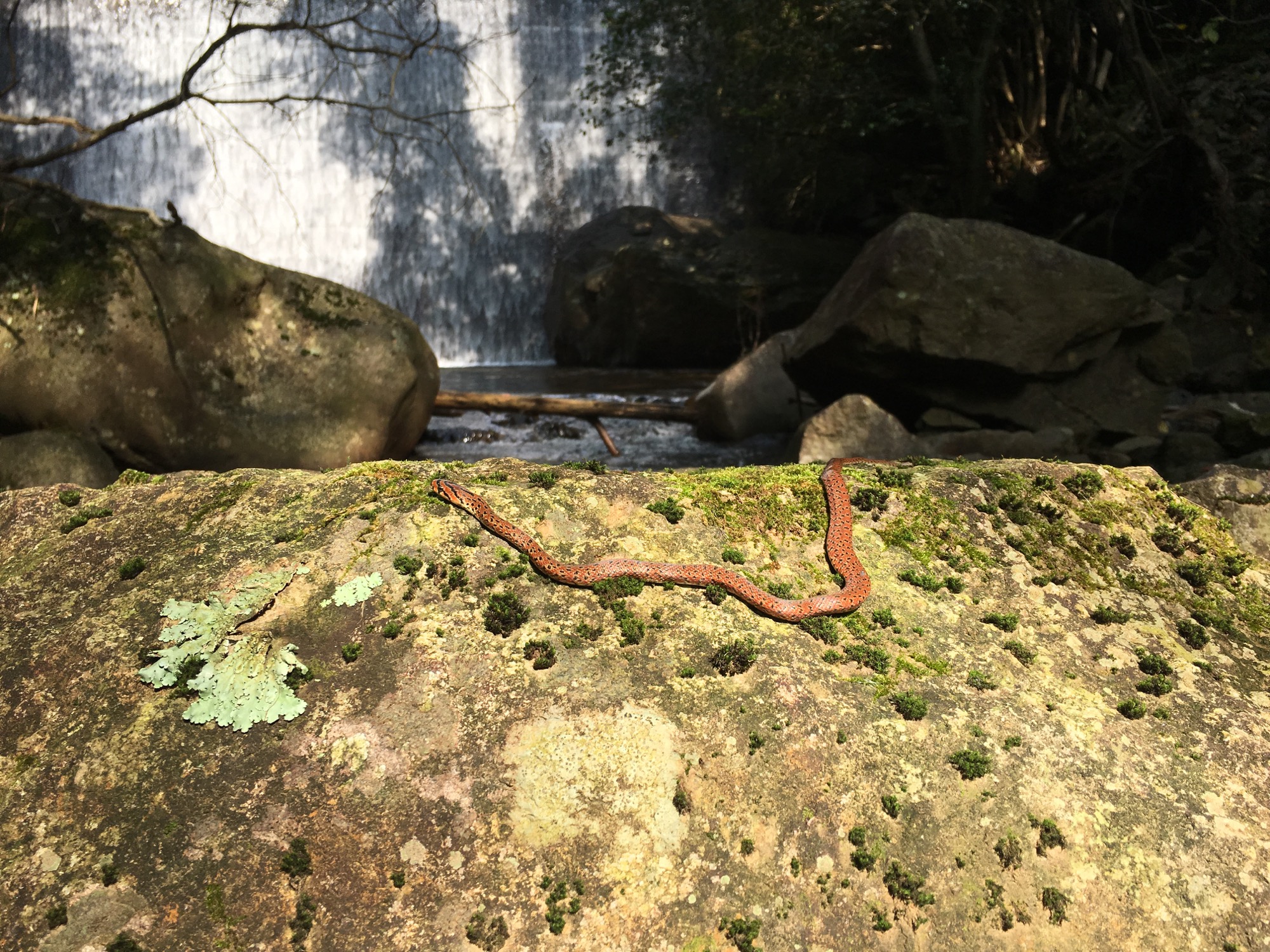 The next day we packed up camp, said goodbye to Ma-chan, and headed south for lunch at a famous Unagi restaurant. After lunch we stopped by a free outdoor onsen. Unfortunately, the water was WAY to hot for me to even bear for a second so we hit the road and began making our way home, but not before we stopped to visit of a few of Kado-san's friend who owned a potato farm near Ito. 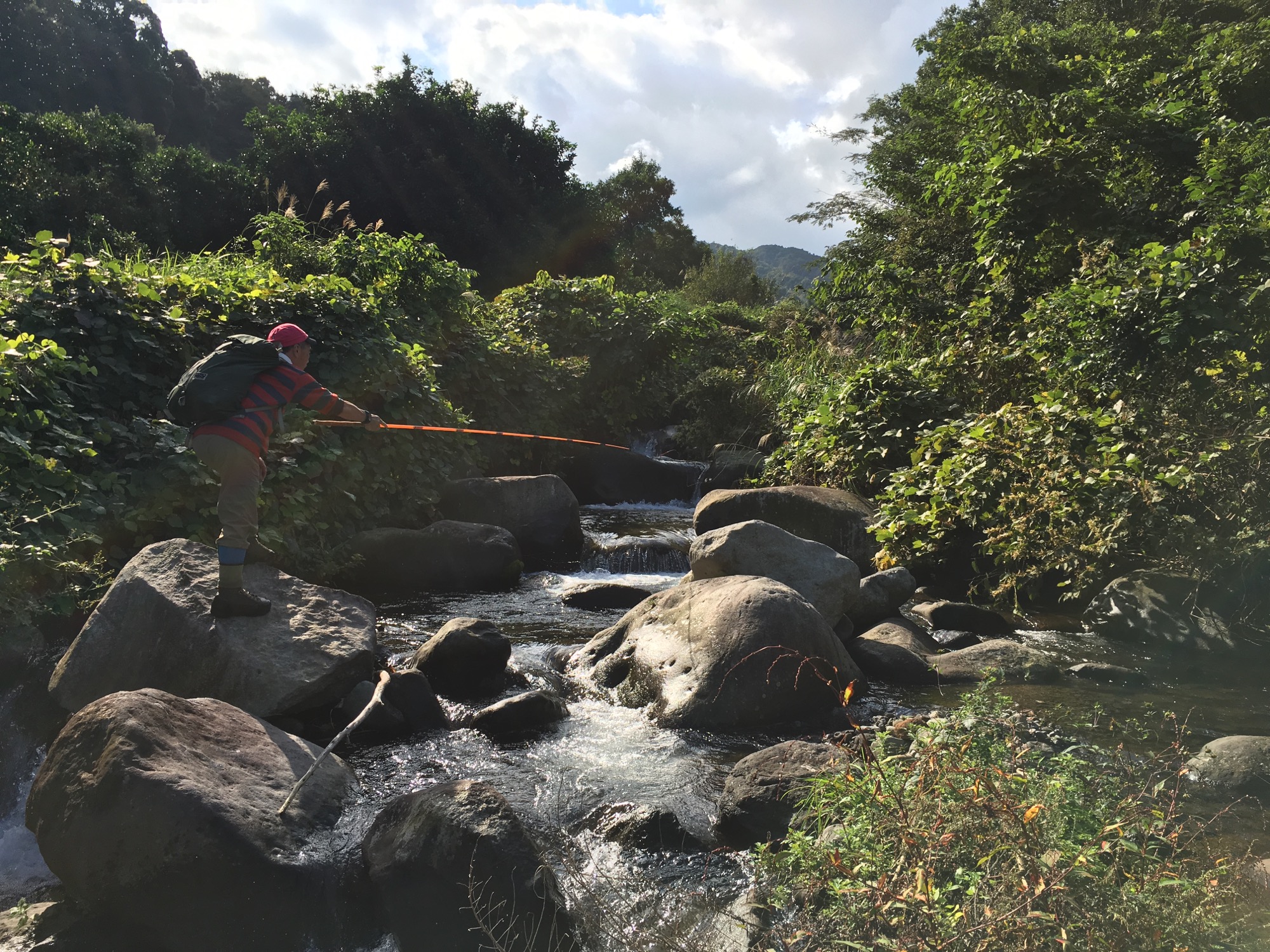 After a quick visit we got back on the road, we had one more stop to make. Kado-san had a friend who is a bamboo rod maker. He lived in Atami, which was on the way home for us, and he wanted to introduce me and show me his workshop... 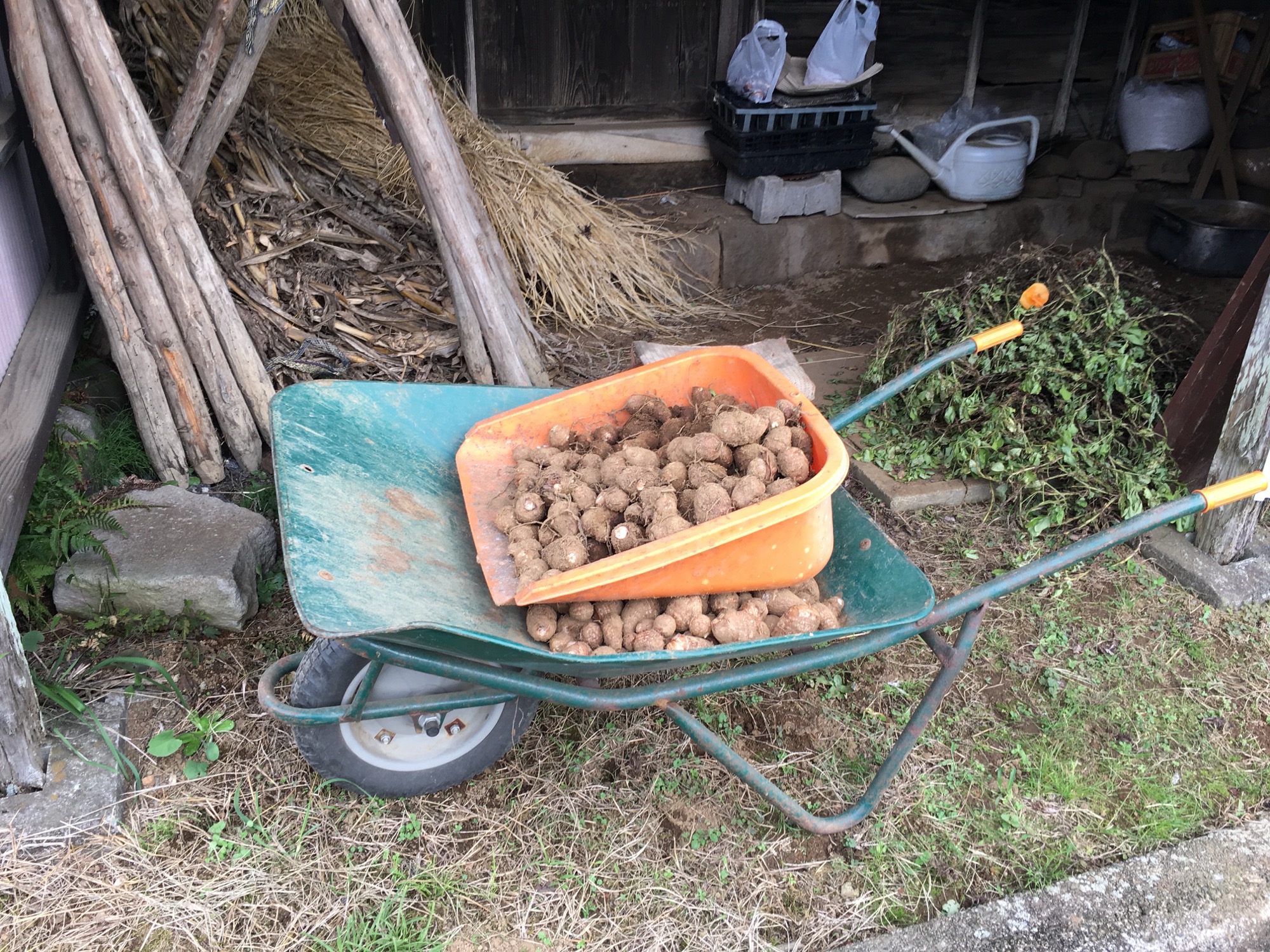 Stay tuned for a full report from my visit with the Edo Wazao master. 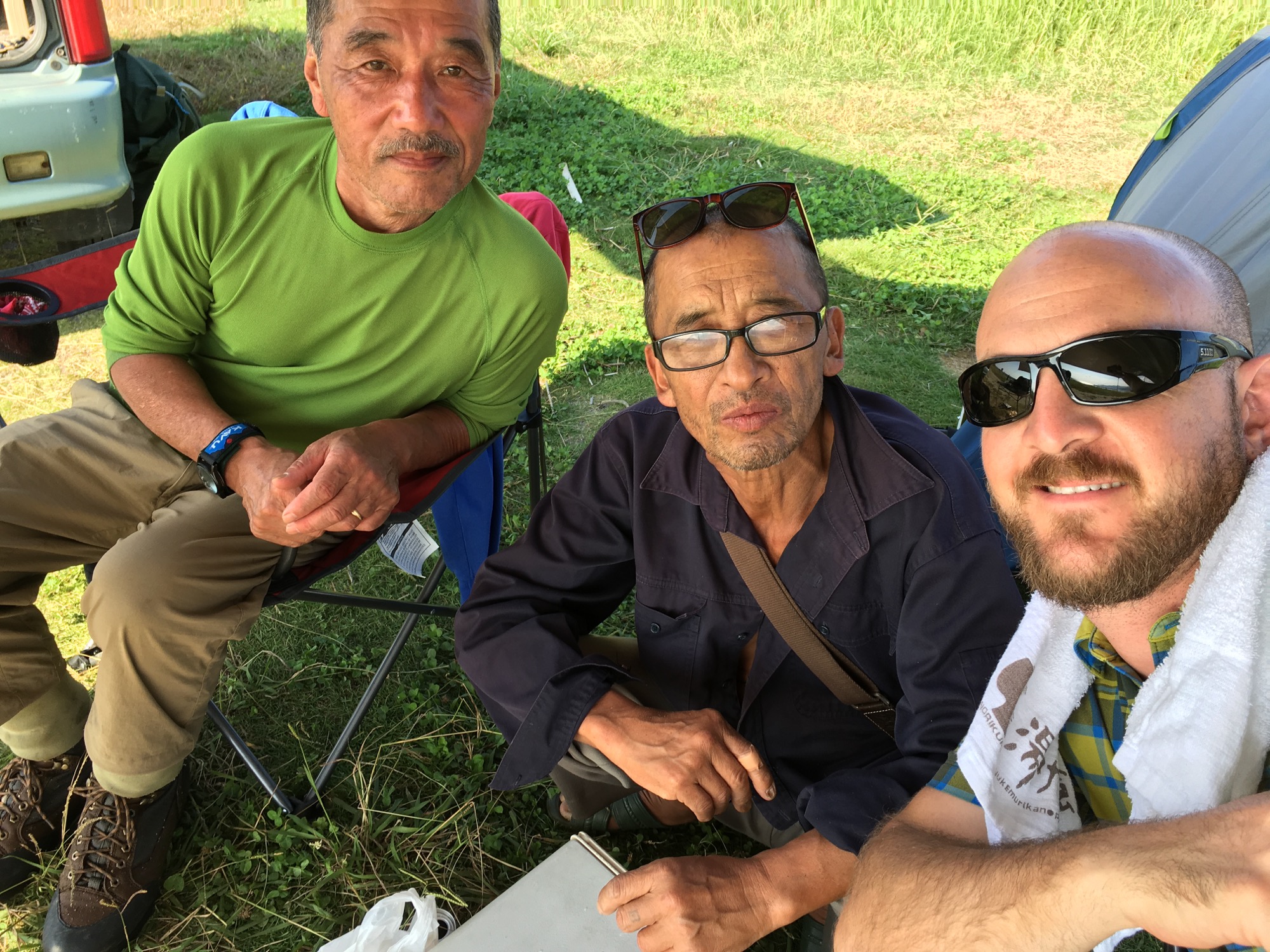