A month or so ago I was sitting at home pouring over maps. I was looking for new water to explore while simultaneously passing the time waiting for my server droplet to run updates. Somewhere between a MySQL and an Apache reboot I noticed a river, called the TaniTaro River 谷太郎川, in the bottom corner of the Kiyokawa Ward. Half way up the river there was a fishing co-op called 谷太郎川ます釣場. Now I am not usually inclined to pay ¥4000+ to fish for one day for stocked fish, in man-made pools. However, after some research I realized that the ¥4000 price was for only a short 1km stretch of the river. What about the three or four kilometers above it? Since the river was just a 10 minute detour off the route I normally take to get into the mountains, I did not really have a good excuse not to drive up there and check it out. 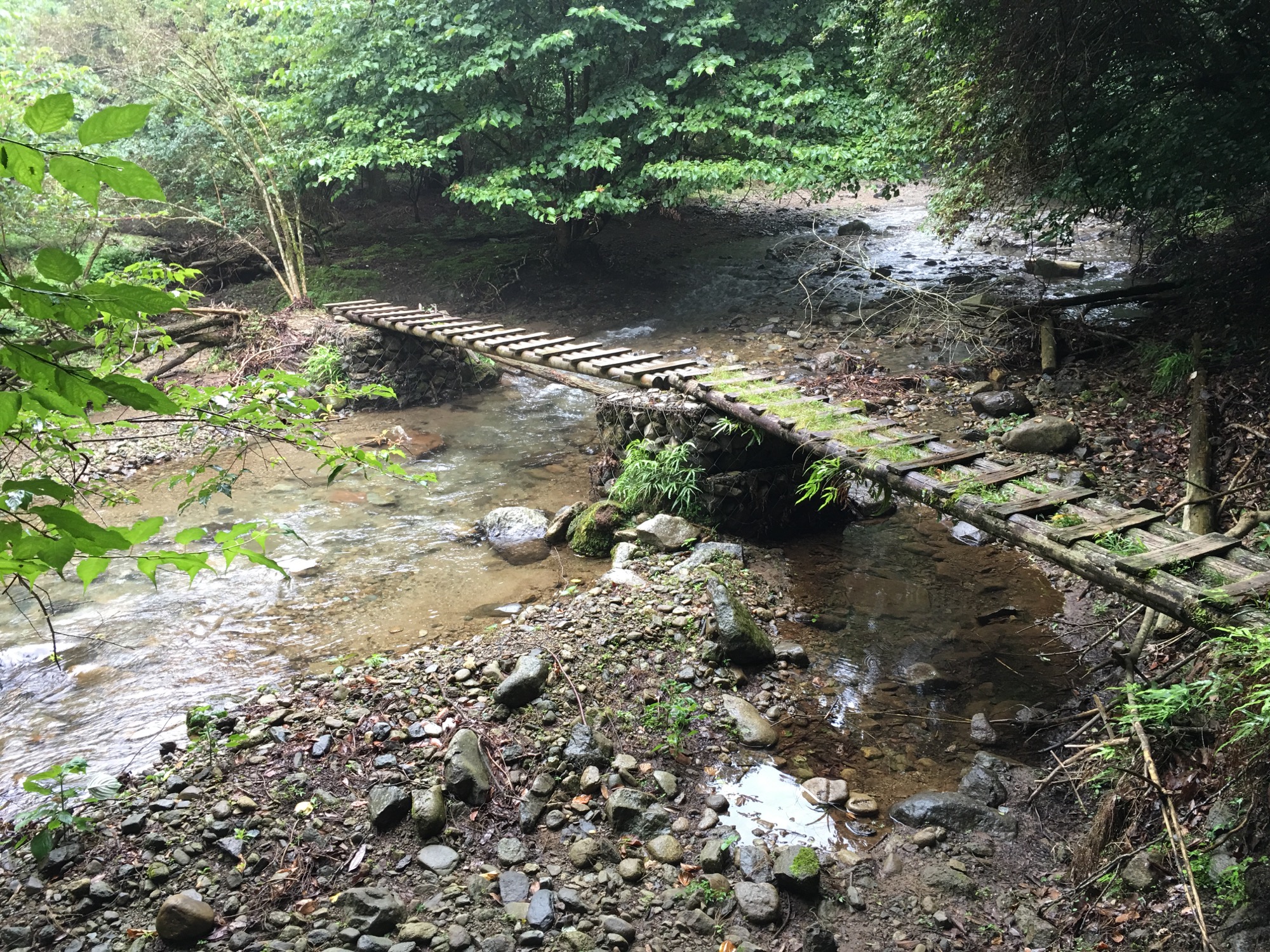 When I got to the end of the road, there was not a soul around and the river looked extraordinary. I quickly donned my sawanobori wet wading gear, grabbed my latest Tenkara rod (a beautiful Nissin ProSquare Mulch テンカラ II 360) and scampered down to the river. The first pool I fished, I caught a nice Yamame on the third cast! 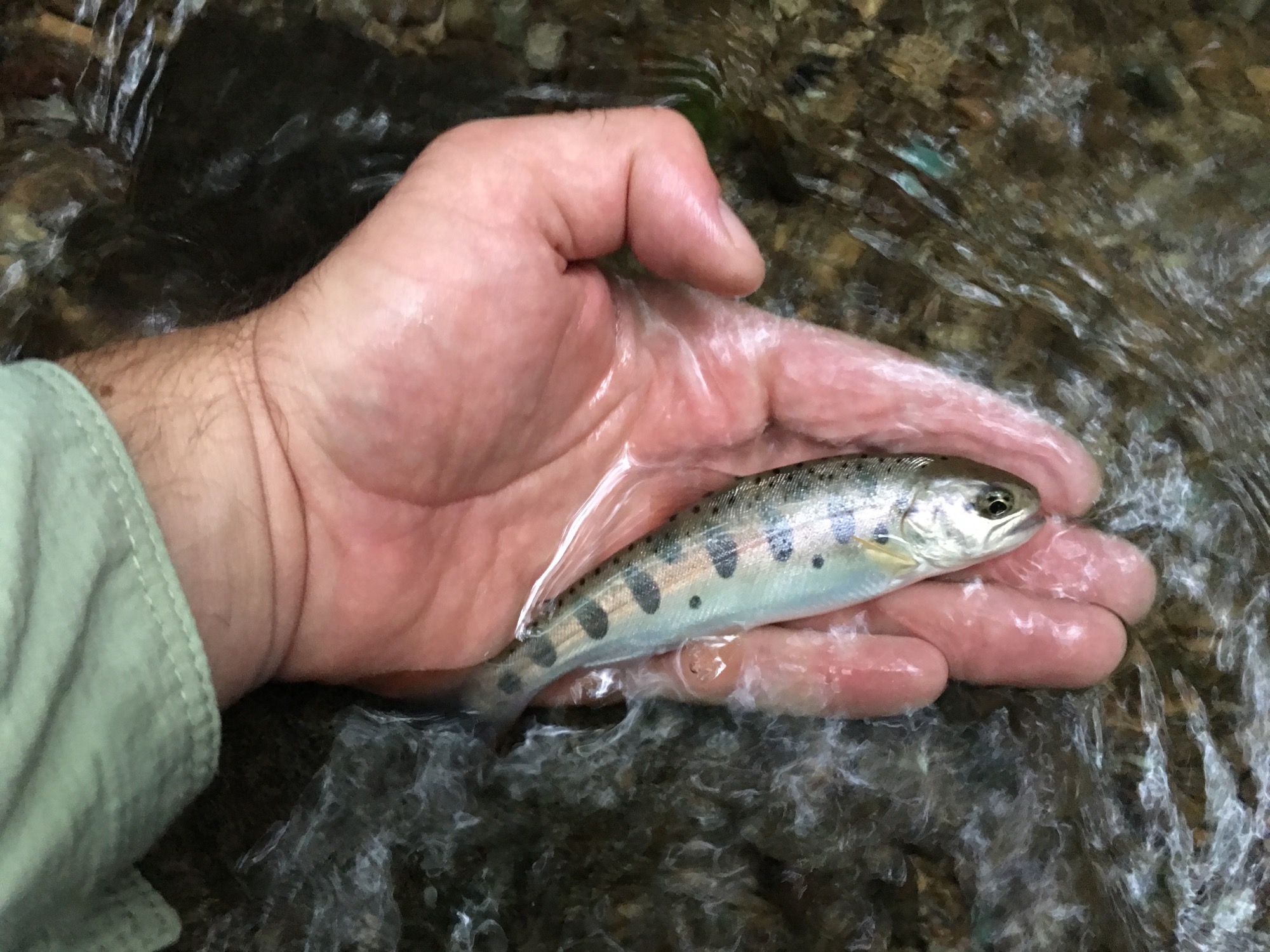 First fish of the day, and a cute one too boot.

It was a cloudy day and fog was drifting through the trees when I caught the first fish. At some point it started raining, but I did not really notice when because I was so absorbed in fishing. 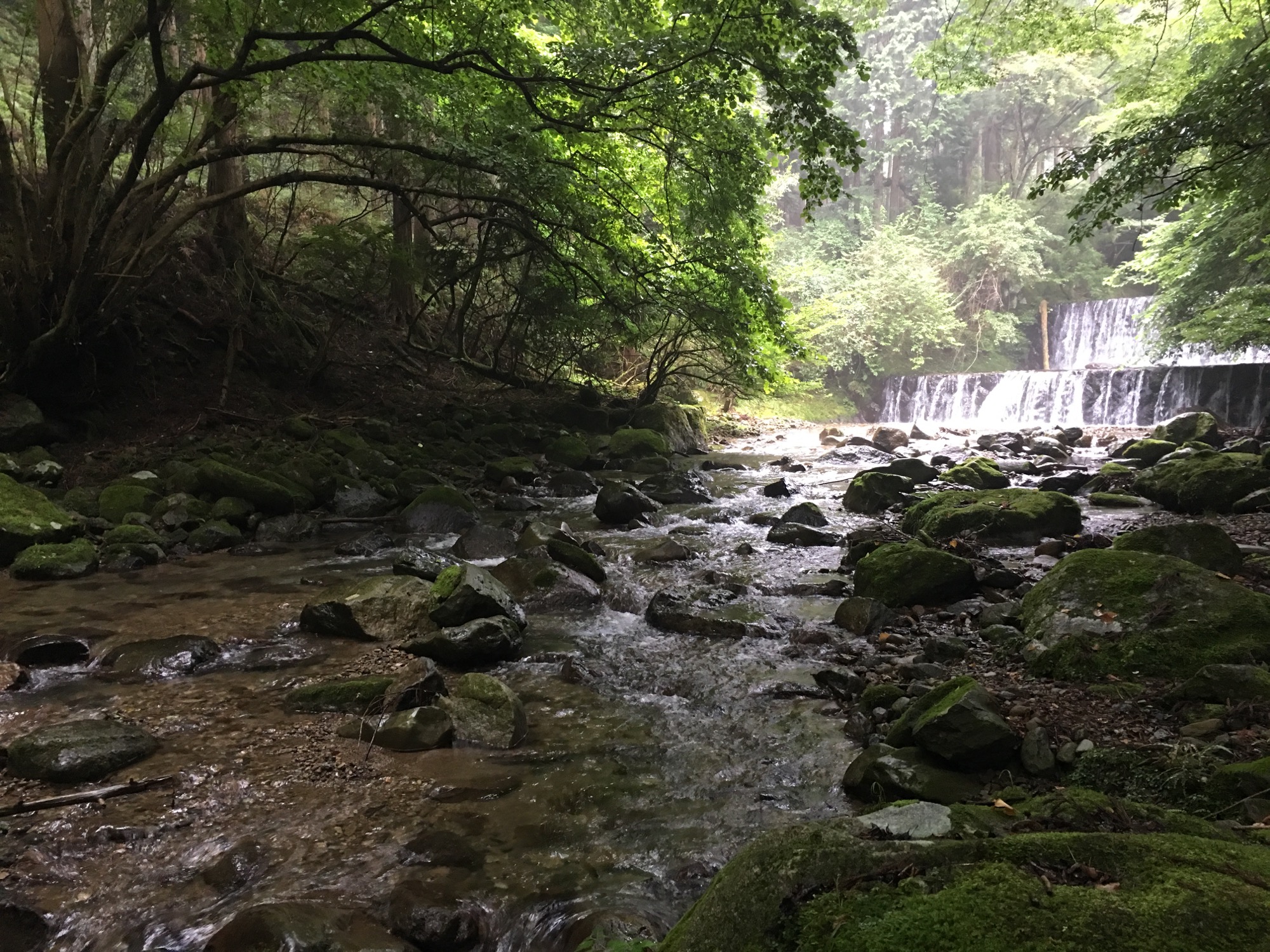 The TaniTaro River (谷太郎川) is your typical Japanese keiryu. There are lots of great spots for fish to hold in, the water is cold and clear, and there is a plethora of cedar and Japanese maple shading the river. The river above the fishing coop, while it is stocked, is natural (meaning there are not any man made pools) and only stocked with Yamame and Iwana. Iwana can only inhabit very cold water, while Yamame can survive in warmer water. Hence you often find Iwana higher up in the mountains, where the water is colder, and Yamame down lower where the water tends to be warmer. 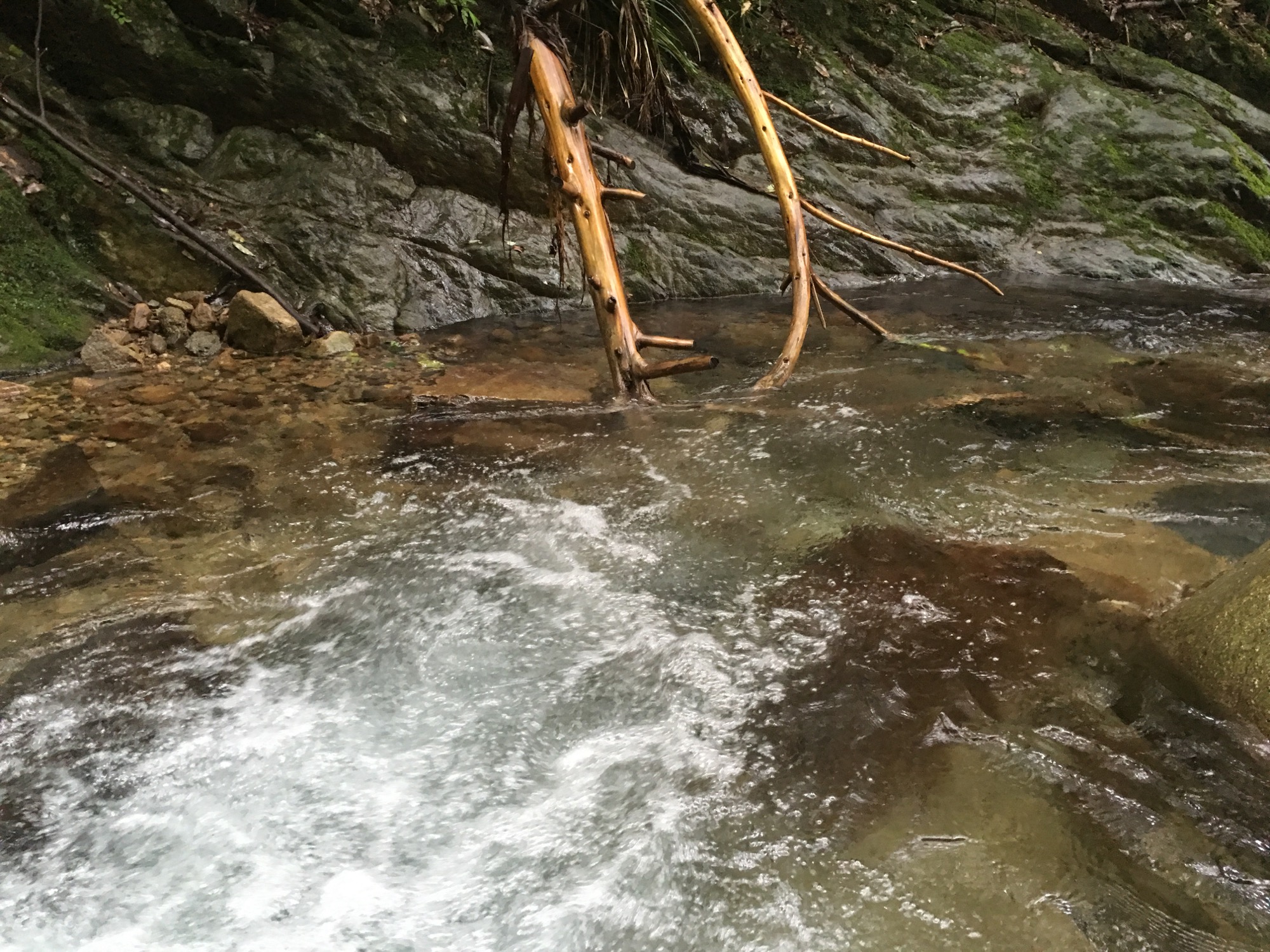 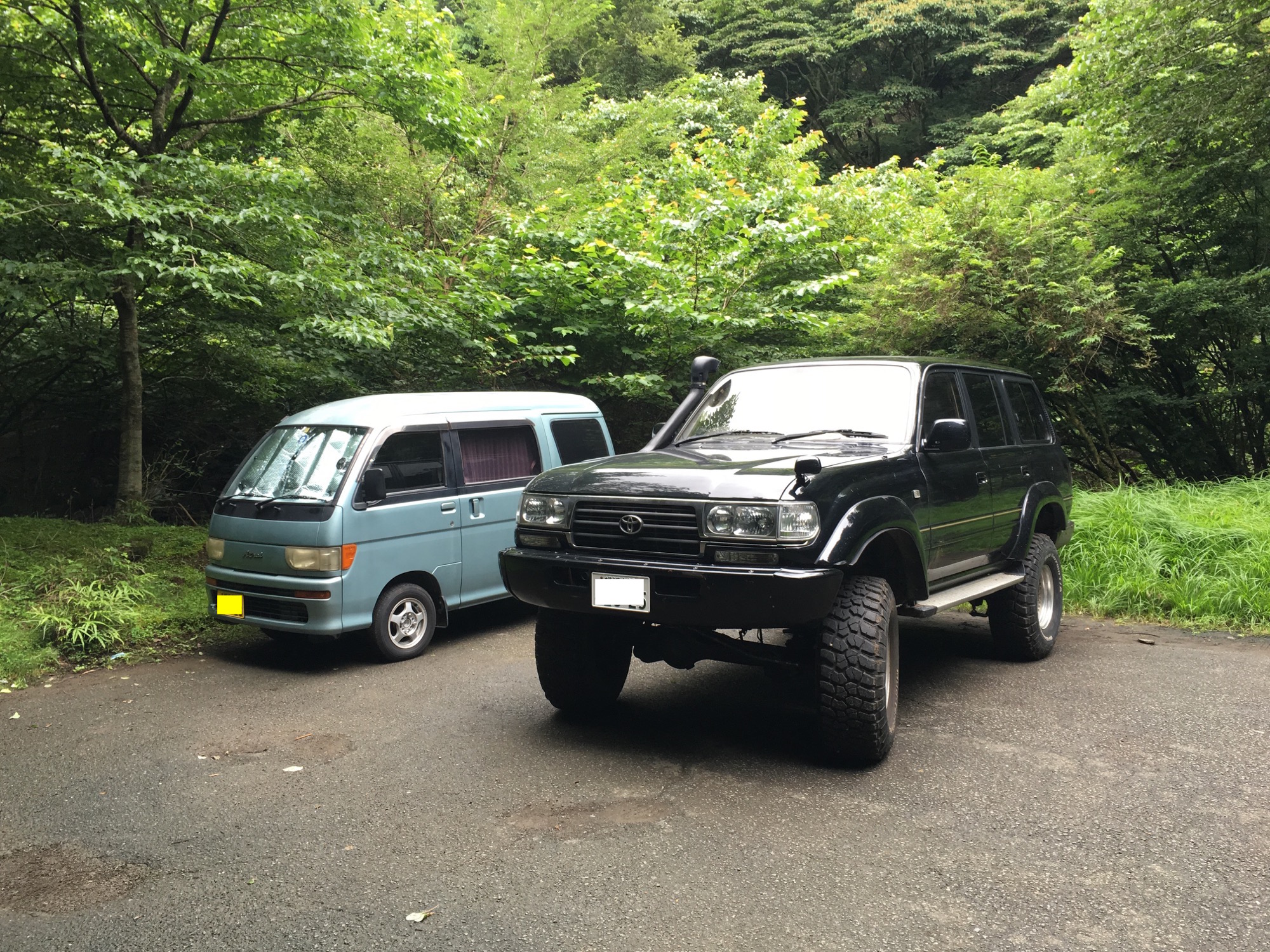 I did find a few blog posts about the river here and here. It costs ¥2300 to fish the upper river (above the co-op) for the day. You can buy your fishing ticket(s) at the co-op headquarters (a small shack) down the road from the "trailhead". Be on the lookout for Yamabiru (pronounced ya-ma-here-eww) which are mountain leeches. They are everywhere, throughout the day I ripped about a hundred off of my shoes and neoprene leg warmers. A few did get on me though, and required a knife to remove (a lit cigarette or salt works better, as I am told, but I did not have either close at hand). 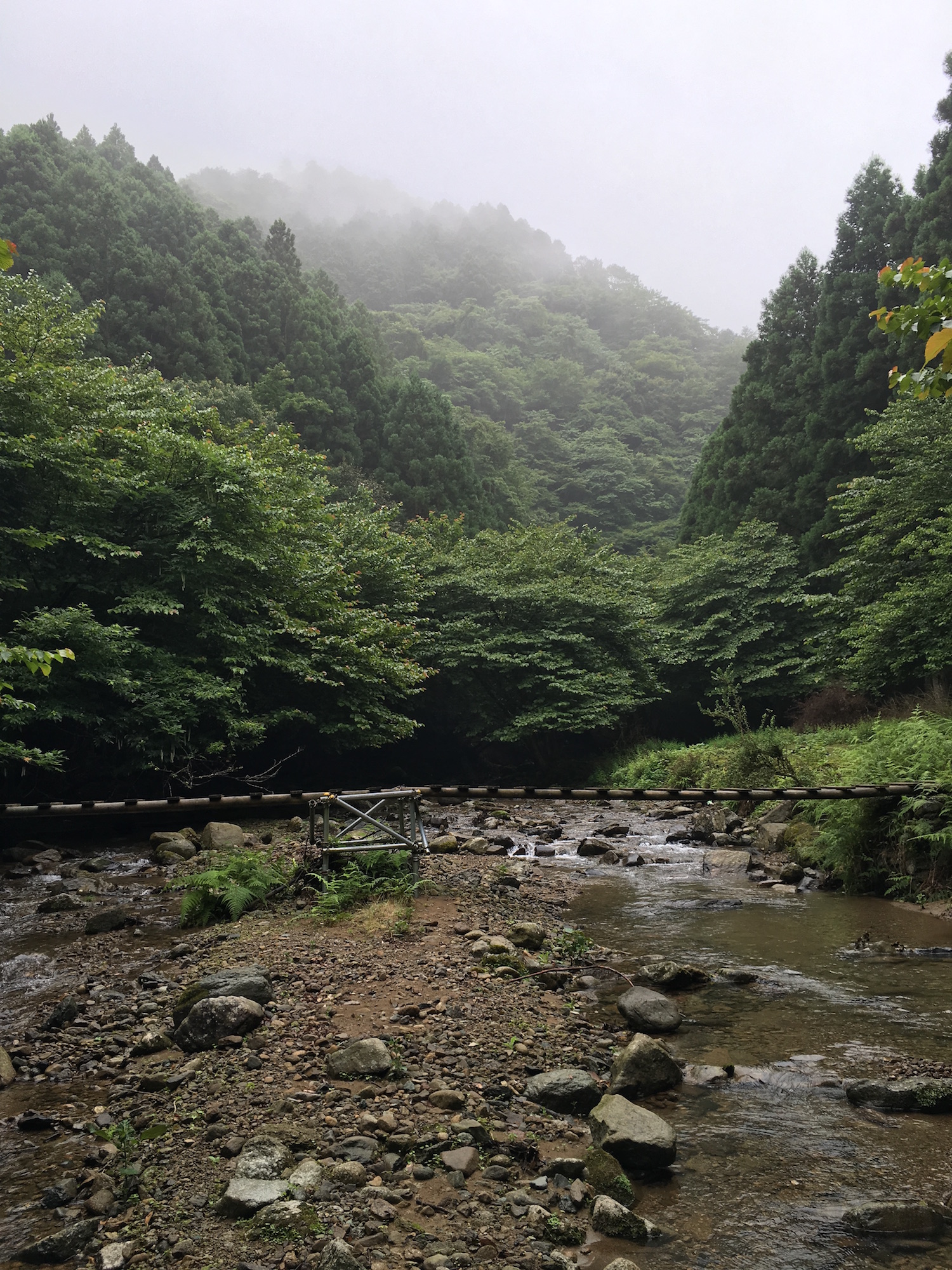 When I got pretty far up the river I came across several Yamame in the shallow parts of the river where there was a lot of gravel. When I approached them I figured they would dart away but they just sat there. I remembered in a video I had seen recently that when Iwana started to spawn they became very territorial. These Yamame seemed to be guarding their "nests" so to speak. It was either that or there were a lot of sick fish in the river. At one point I reached down into a pool to pet a Yamame. She was in a shallow pool, but when I touched her, she darted away. 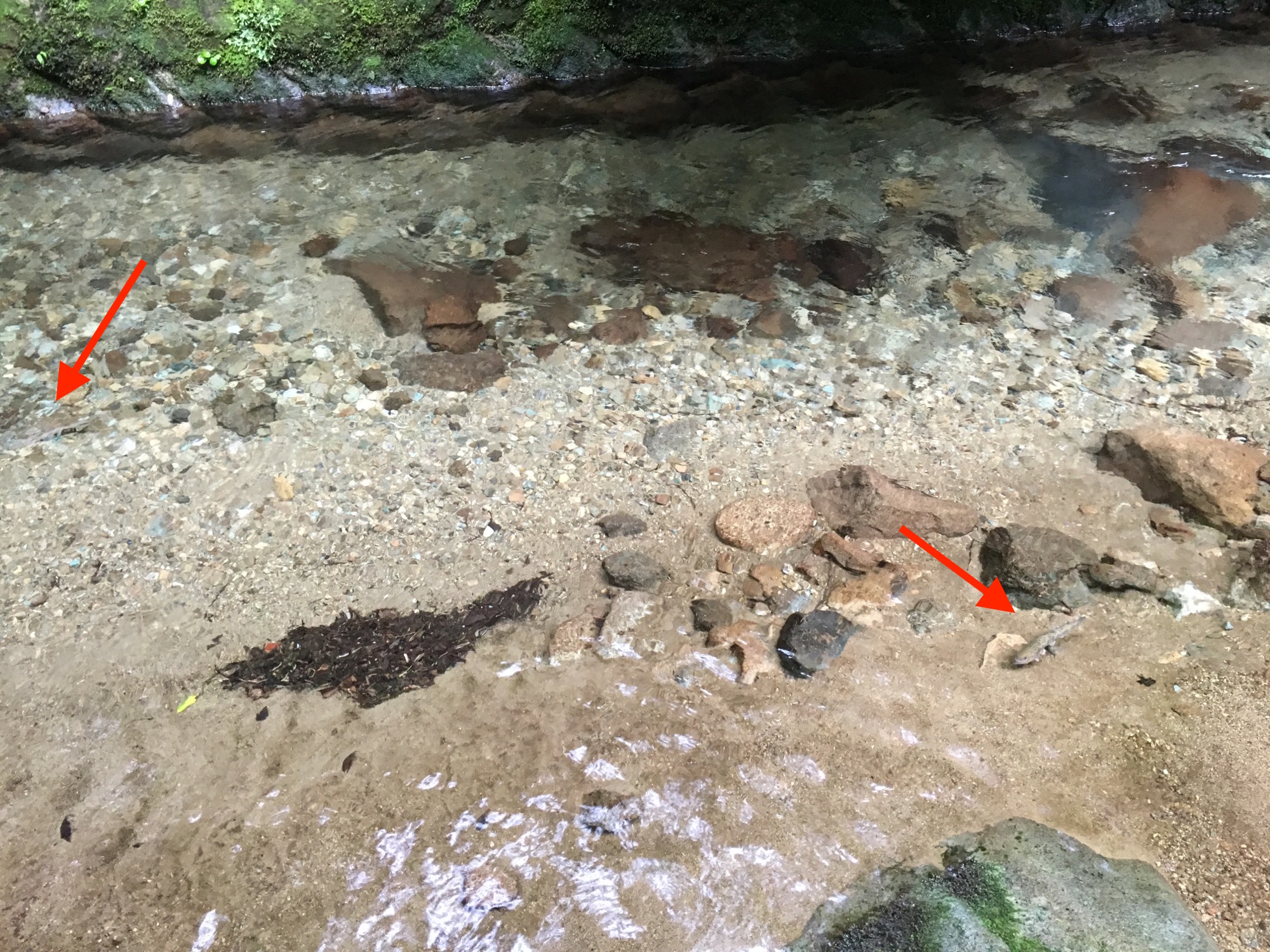 I was pretty sure I had stumbled across an early spawn and so I packed up my rod and stayed out of the water, so as not to stress the fish and possibly damage the eggs in the gravel banks. It had been a super productive day on the water with a bakers dozen of fish brought to hand. The fish had a lot of fight in them, which pretty much convinced me to get a tamo. That should be a fun woodworking project to embark on during the off season. 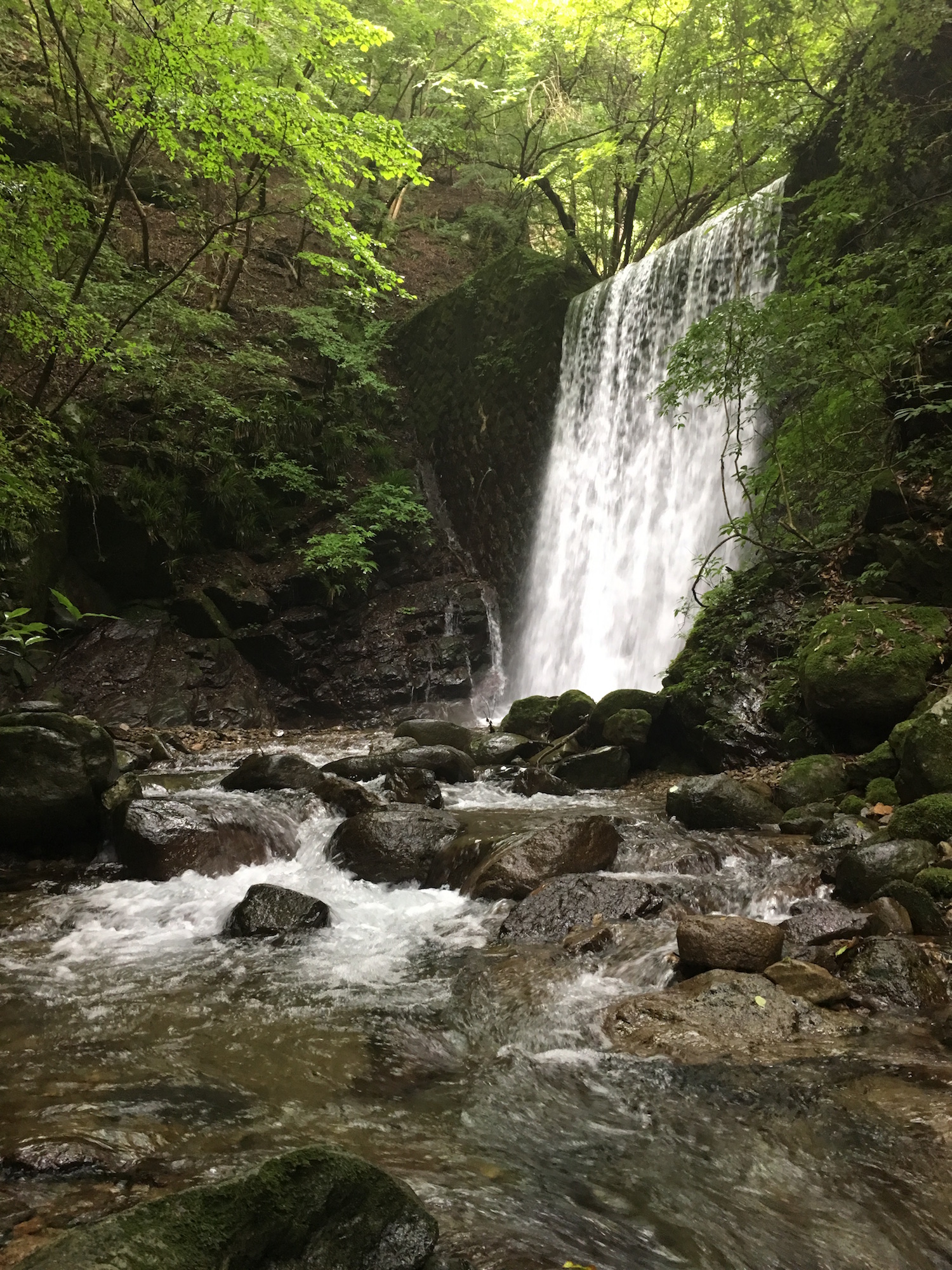