Deep in the mountains on the Nagano-Yamaniashi prefectural borders lies a paradise that must be seen to be believed. The mountains are tall and covered in as many rock faces as trees. In the autumn the mountains break forth in the most glorious display of fall colors. The mountain is cleaved by a roaring river that is as clear as crystal. And in the center of this magnificent glen is a small grassy plateau, which is where you can choose to camp or stay in a very regal ryokan. It is known as Ogawayama. 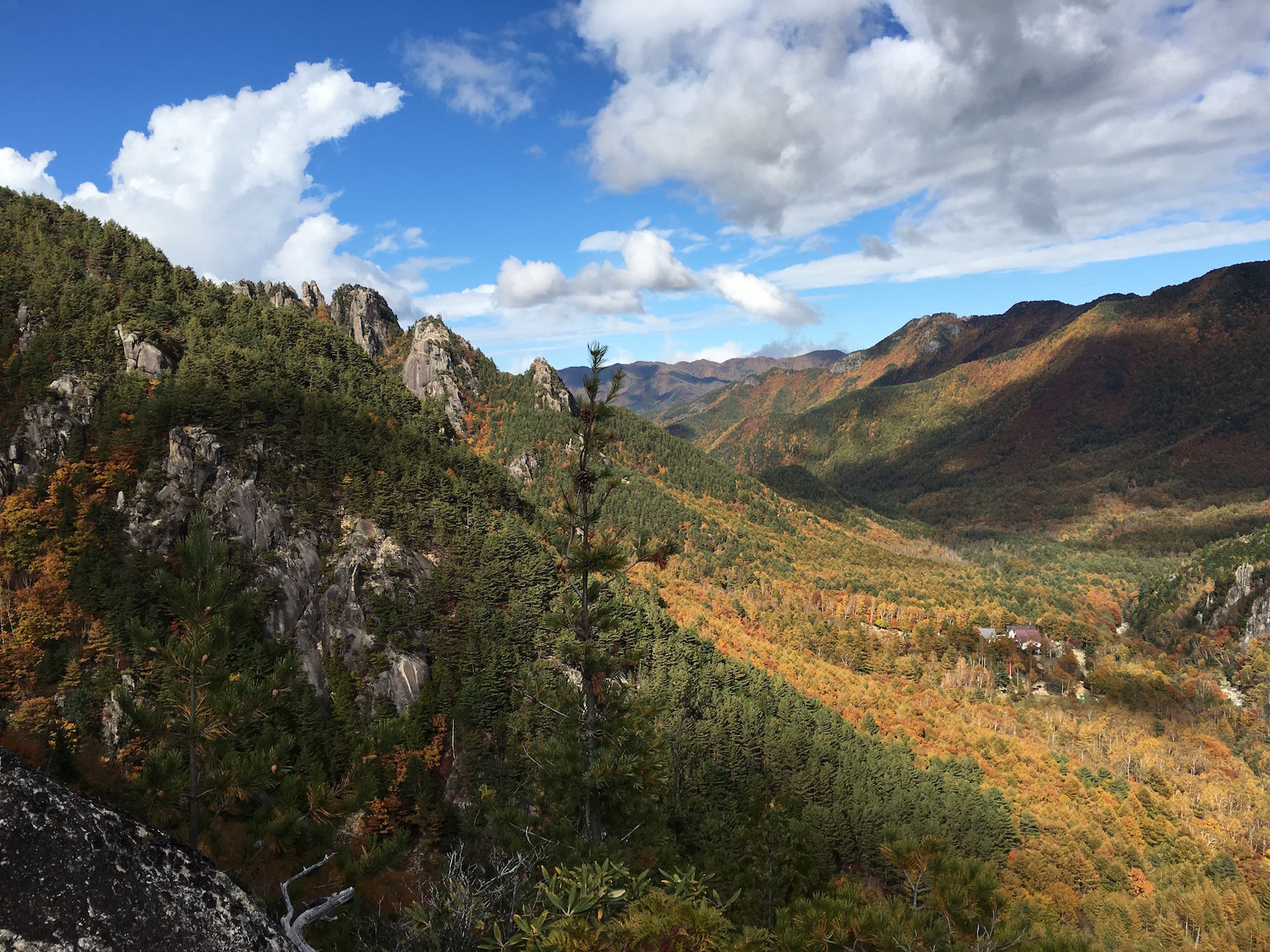 A mere 2.5 hour drive from Tokyo you would expect it to be crowded but the sheer size of the valley ensures that the throngs disperse and you can find solitude even on the more popular routes. The area has something for everyone - the hiking is superb; there are sport routes, trad routes (up to 9 pitches tall too!), and bouldering; and I would be remiss to not mention the Tenkara potential in the area. When I stepped out of the car and wandered down into the grassy meadow every where I looked I was greeted by a vista more stupendous than the last. Pictures really do not do the area justice - the splendor is out of this world. 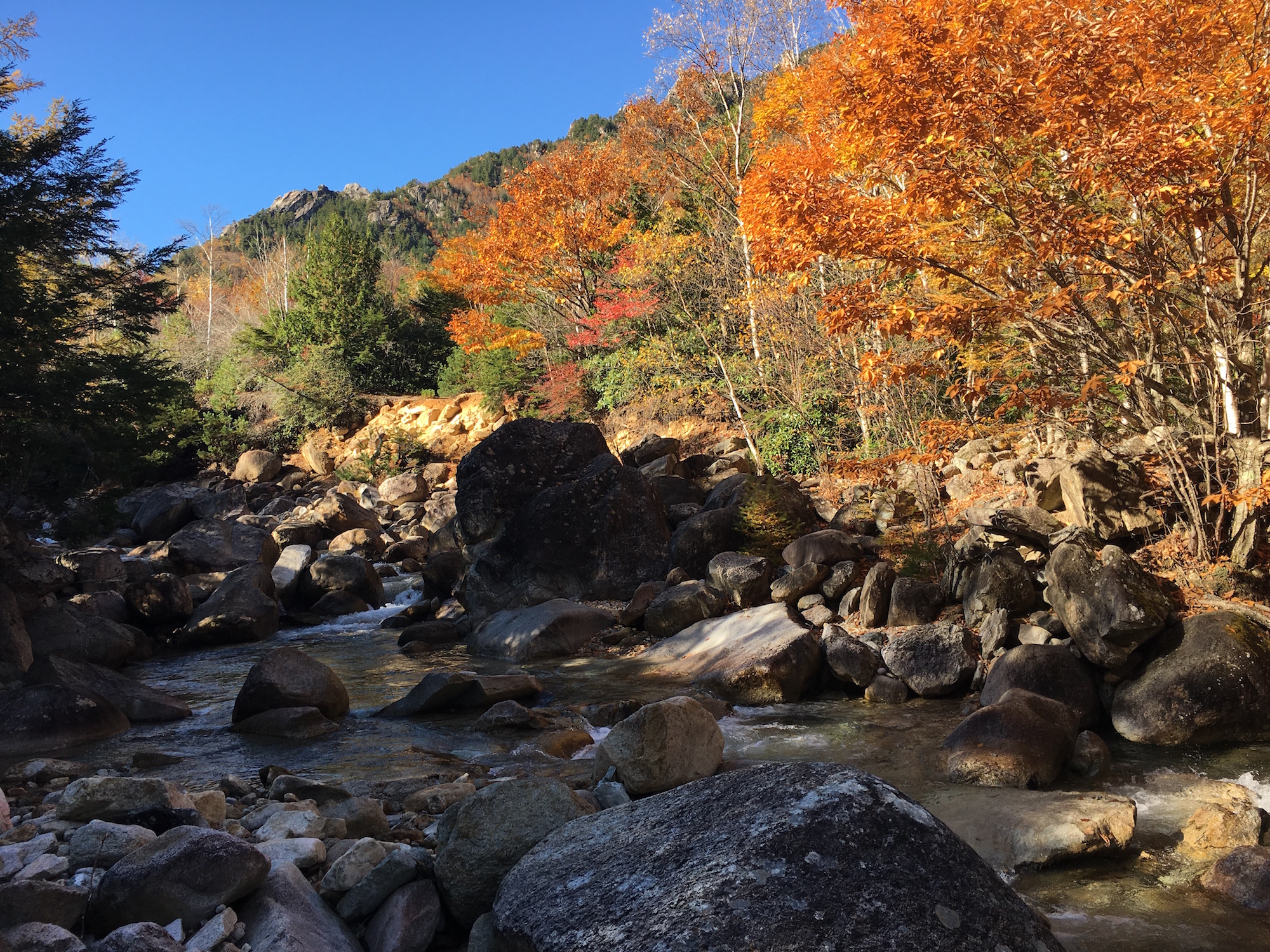 After setting up camp next to a babbling brook we plunged into the forest with our heavy packs filled with all the accoutrements necessary for climbing vertical stone. I took the first lead on what was promised to be an easy 5.5 instead it was more like 5.9+ with nasty ground fall potential getting to the first bolt. It was a crash course in the epic friction the coarse granite offered, once I realized that my climbing shoes could stick to practically anything my confidence returned and I sprinted up the first pitch. 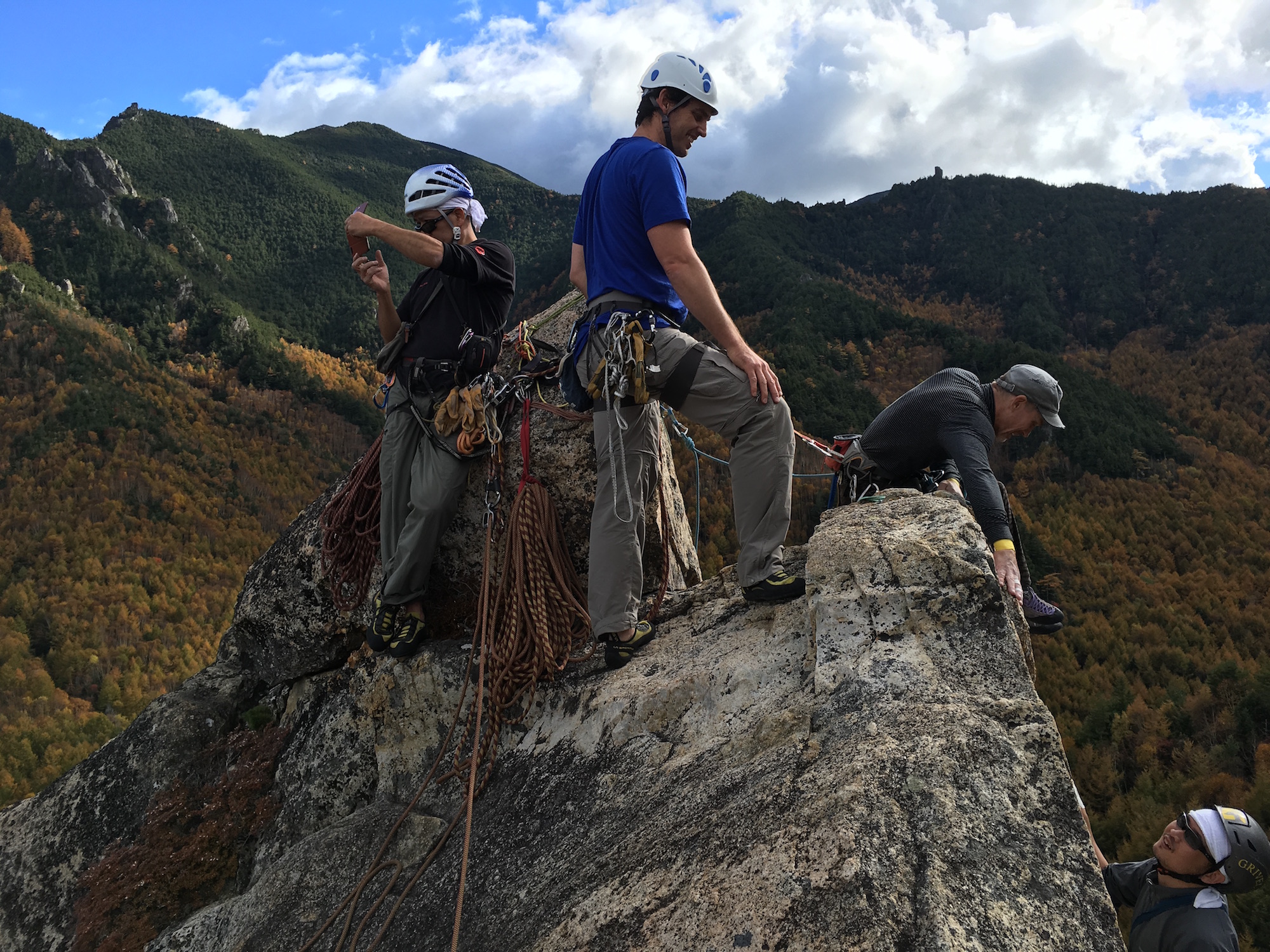 That night we sat around the campfire sipping on sake while our Japanese hosts cooked up a metric ton of food (I am serious it was at least a metric ton). There were no less than three or four grills or BBQ's going at one time covered in stir fry, ramen, yakatori, & seafood. To tide you over between courses homemade onigiri was passed around as well as massive bottles of sake that were emptied in about a minute. Across the meadow feasts of this nature were being cooked up. Despite the massive amounts of alcohol being consumed by the entire campground, when you walked into the woods the only noise you could hear was the wind in the trees. 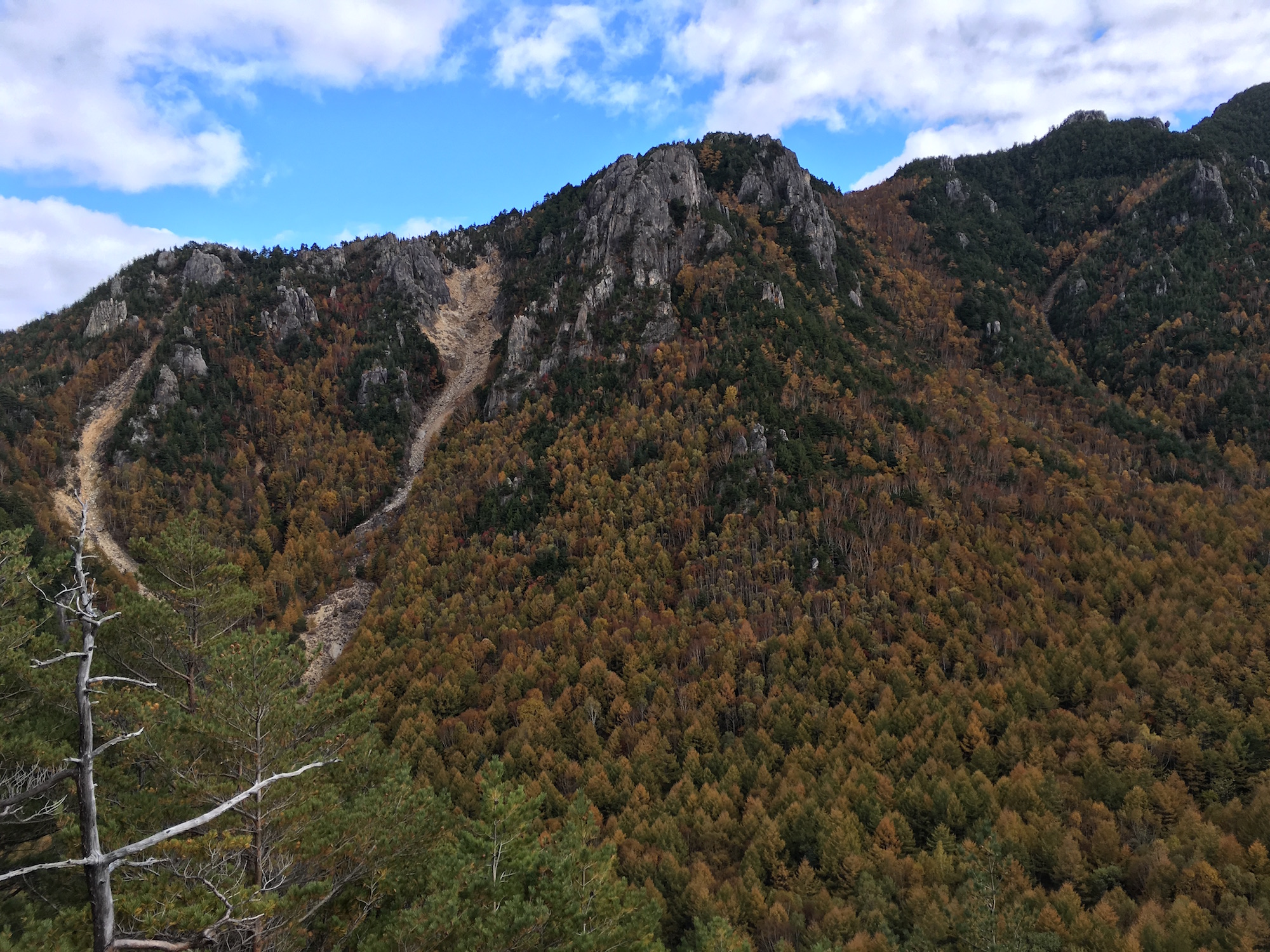 When I awoke at the decent hour of 0730 the following morning the meadow was a ghost town - most everyone had already awoken, eaten more food, and left to go rock climbing! The Japanese sure know how to party and I would not be surprised if they could drink a full blooded Irishman under the table. I wandered down to the river, after making an omelet for breakfast, to scope out the Tenkara potential. Take a look at a map of the area and you will see a vast network of blue lines some of which are extremely remote... Stay tuned for a trip report next season on this area, I will be coming back armed with my Tenkara rod for sure.

Here are several helpful websites to help with planning your visit.

And a map I put together too: 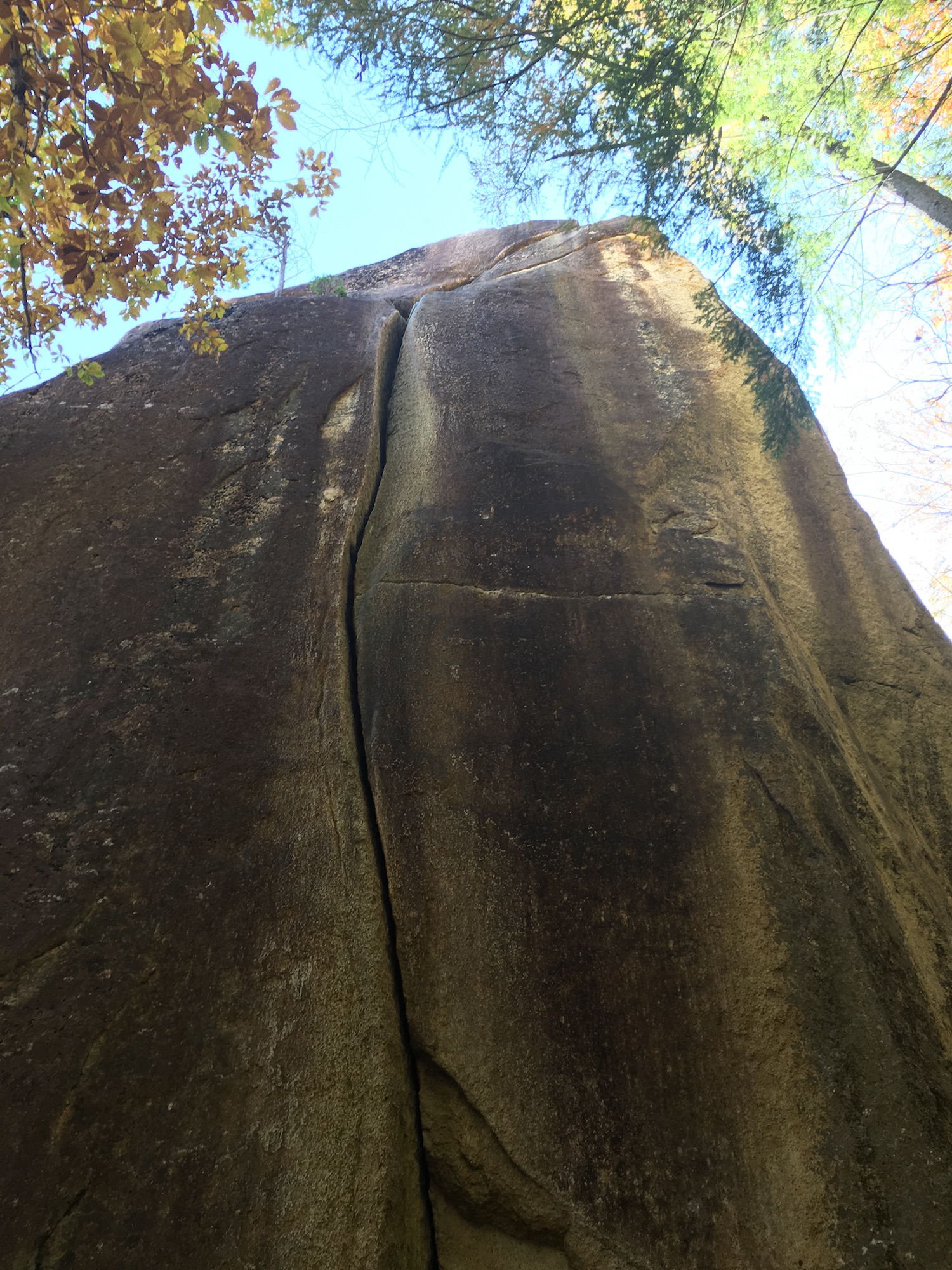 It has been many years since I have gotten to climb a rock requiring more than one rope length to ascend. I sincerely missed the freedom and self-reliance that comes when you are perched partway up a rock face with nothing but air below you and an unfamiliar horizon stretching up above you. Ogawayama was medicine for my soul and the sheer beauty of the area is still affecting me days after leaving that celestial and ethereal place. 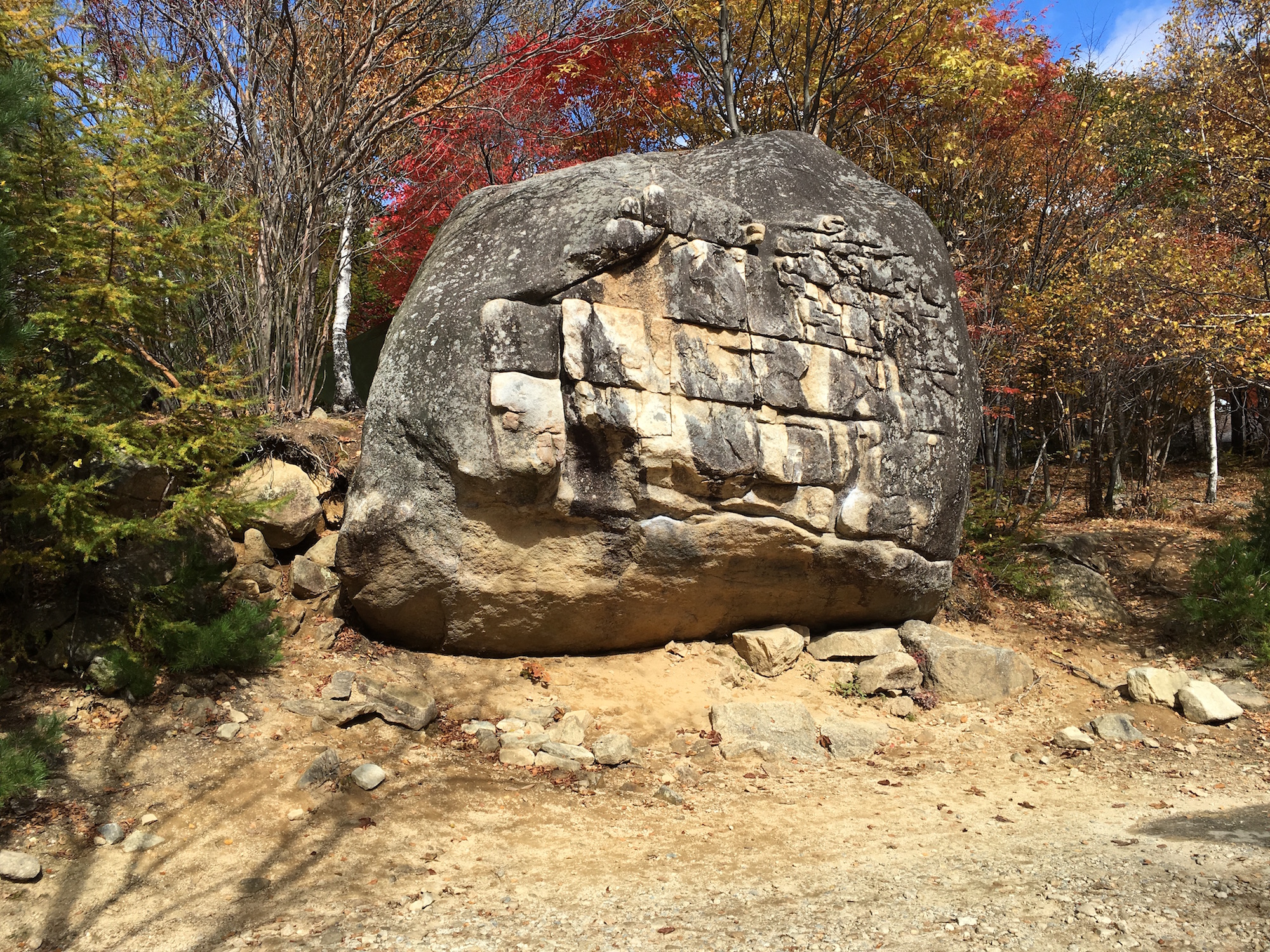 To add to the cool factor of the area, the local grocery story has their own Patagonia store!

📍 The grocery store does not have an ATM and they do not accept credit cards. Unfortunately there are not any ATMs close by either so stock up on cash before you arrive.

📍 It cost ¥700 per person per night to camp. There are showers (that cost extra), and the bathrooms are cleaned several times a day.