With my new sawanobori gear fresh out of the packaging I was itching to get out and break them in. There was a little blue line on the map I had been eyeballing for awhile and decided now was a great time to go and see what she had to offer. I had a few errands to run before I could hit the road, so the hot summer sun was already high in the sky when I pulled into the small turnout on the side of the road, that qualified more as a bike path than a two lane highway. I quickly ate lunch, through on my gear, put a rock behind the tire of my Kei van (which is now lovingly called "Lé Toaster") so she would not roll away, and scampered off down to the river. 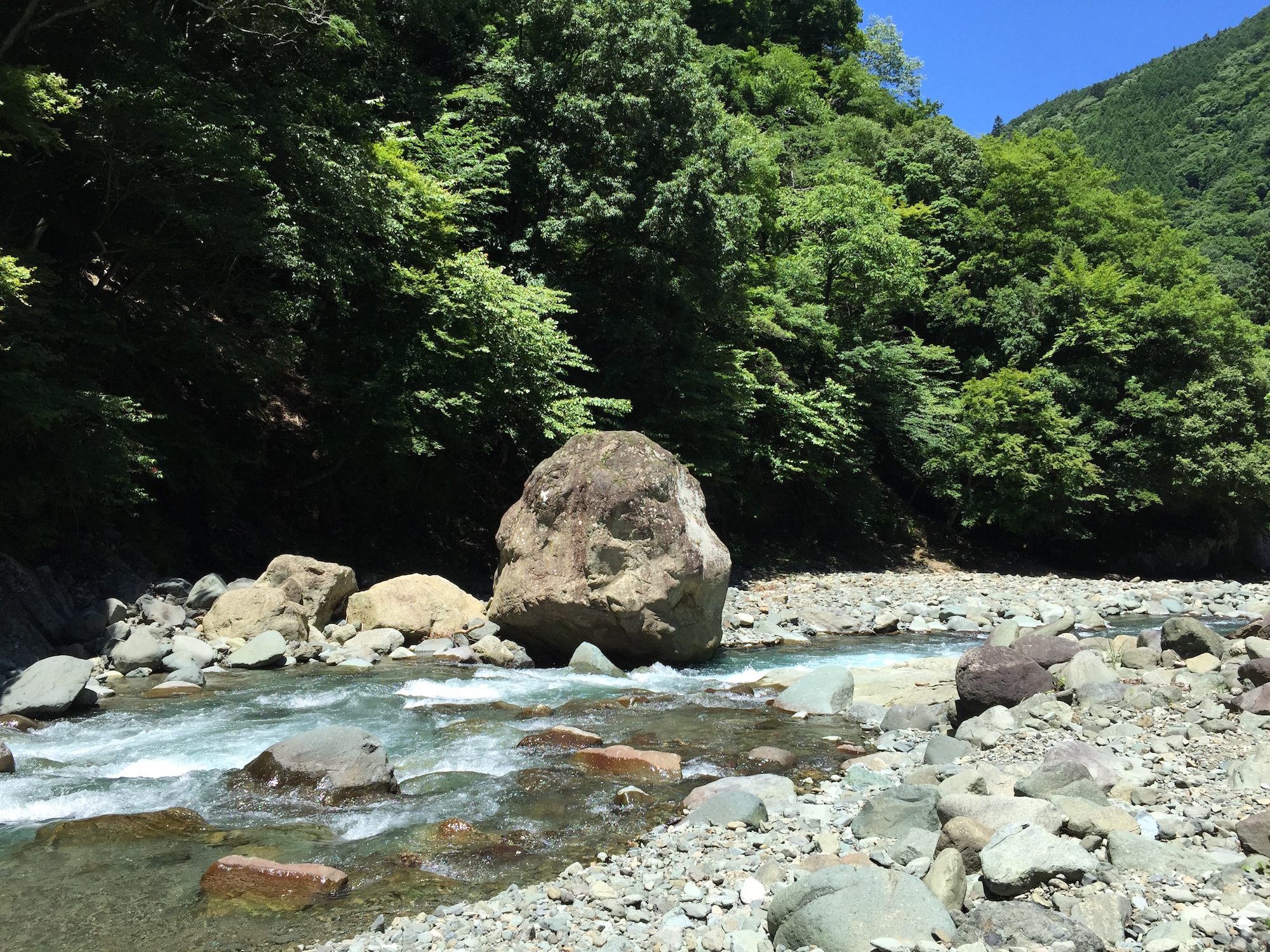 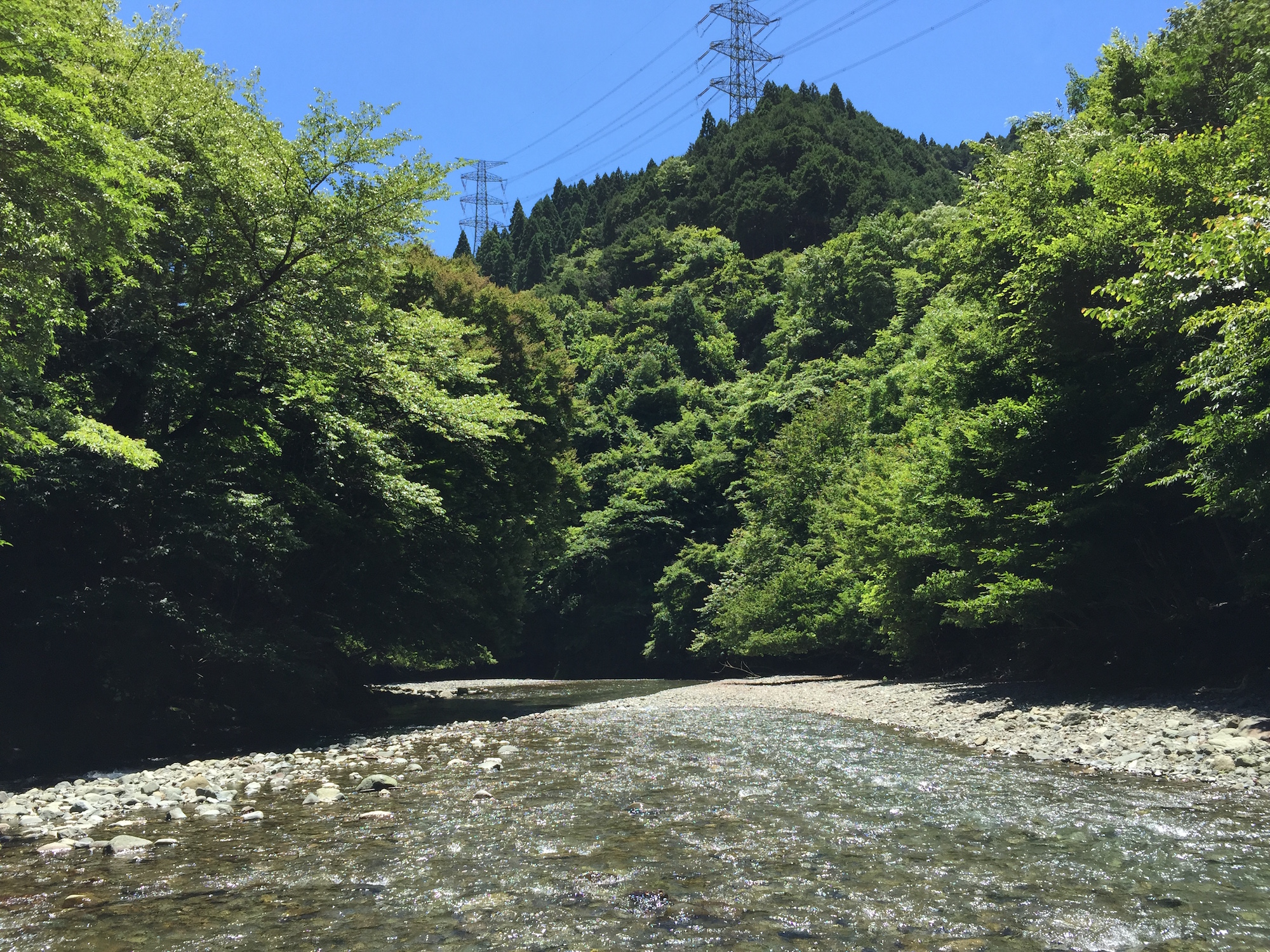 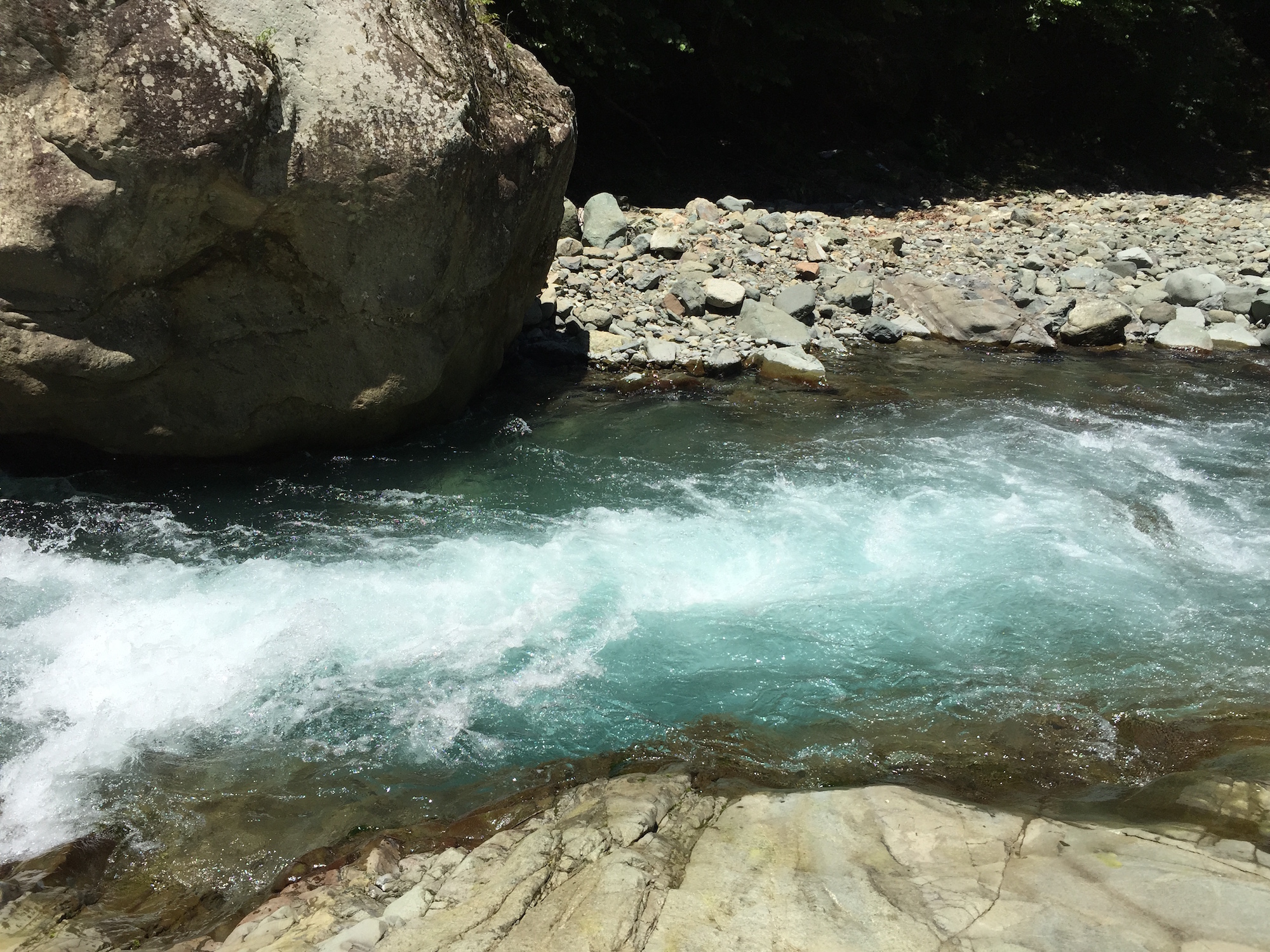 I immediately plunged into a deep pool grateful for the cool water as the hot summer sun beat down on me. I pulled out my trusty Tenkara rod and began pulsing my lucky kebari through some promising looking pools. I saw nothing but a very large frog. This river was right next to the "highway" and most likely saw a lot of fishing pressure from less than ethical anglers. So I did not worry too much about not seeing any signs of fish and pressed on to where the little blue line I had been fantasizing about met the bigger blue line I was currently wetting my fly on. 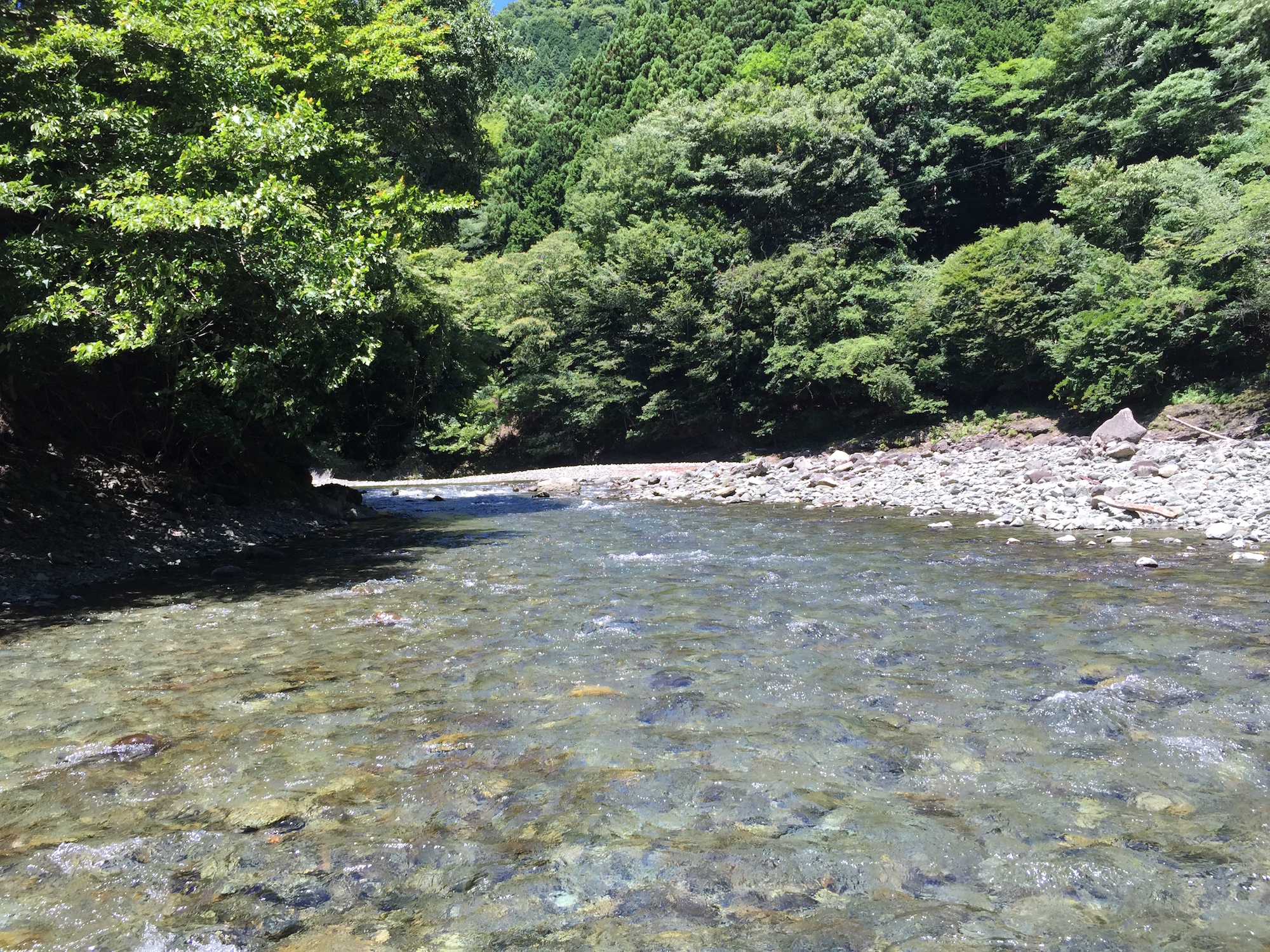 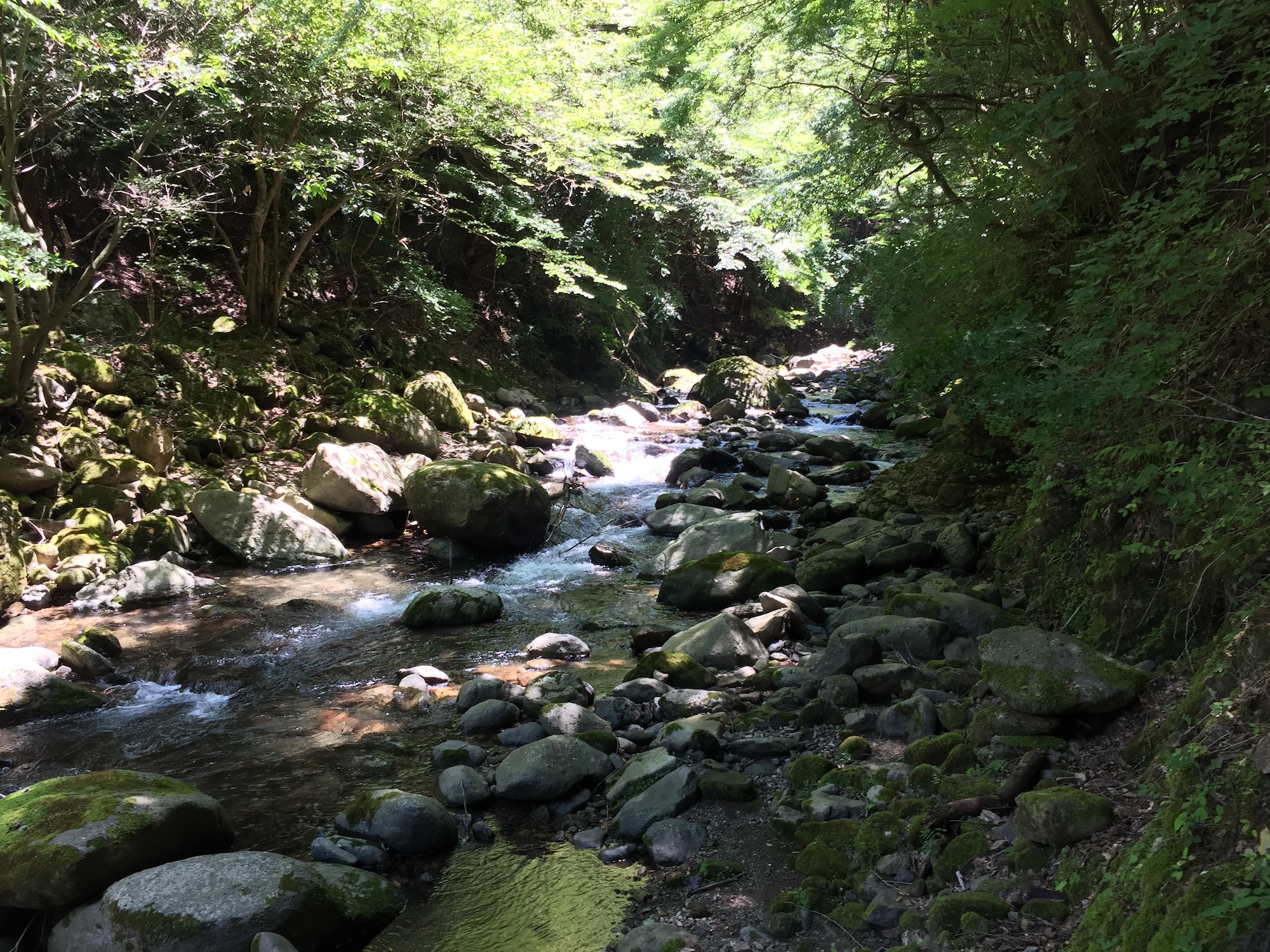 As I came around a bend in the river I was simultaneously greeted by some very large and impressive boulders, several families swimming and BBQ on a sandy beach beneath a small resort, and the small creek that was my objective all meeting in striking contrast in a beautiful valley lined with cedar and waterfalls. I ducked into the woods hoping that my presence would not be noticed and made my way along the bank of the headwaters creek I intended to scope out that day. Once I was out of sight of the crowds I retrieved my Tenkara rod and began fishing a pool where I could see the fish rising vigorously. 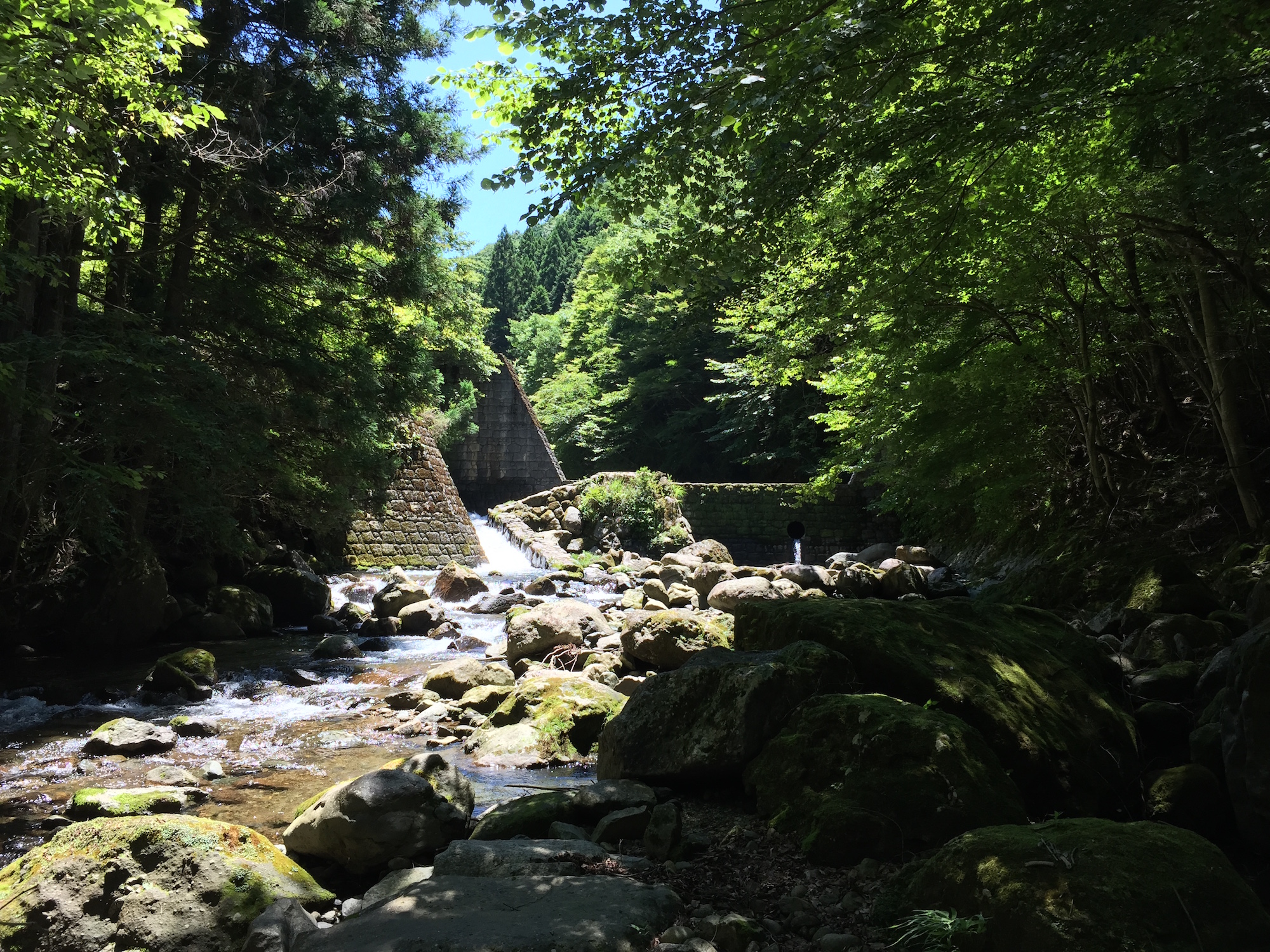 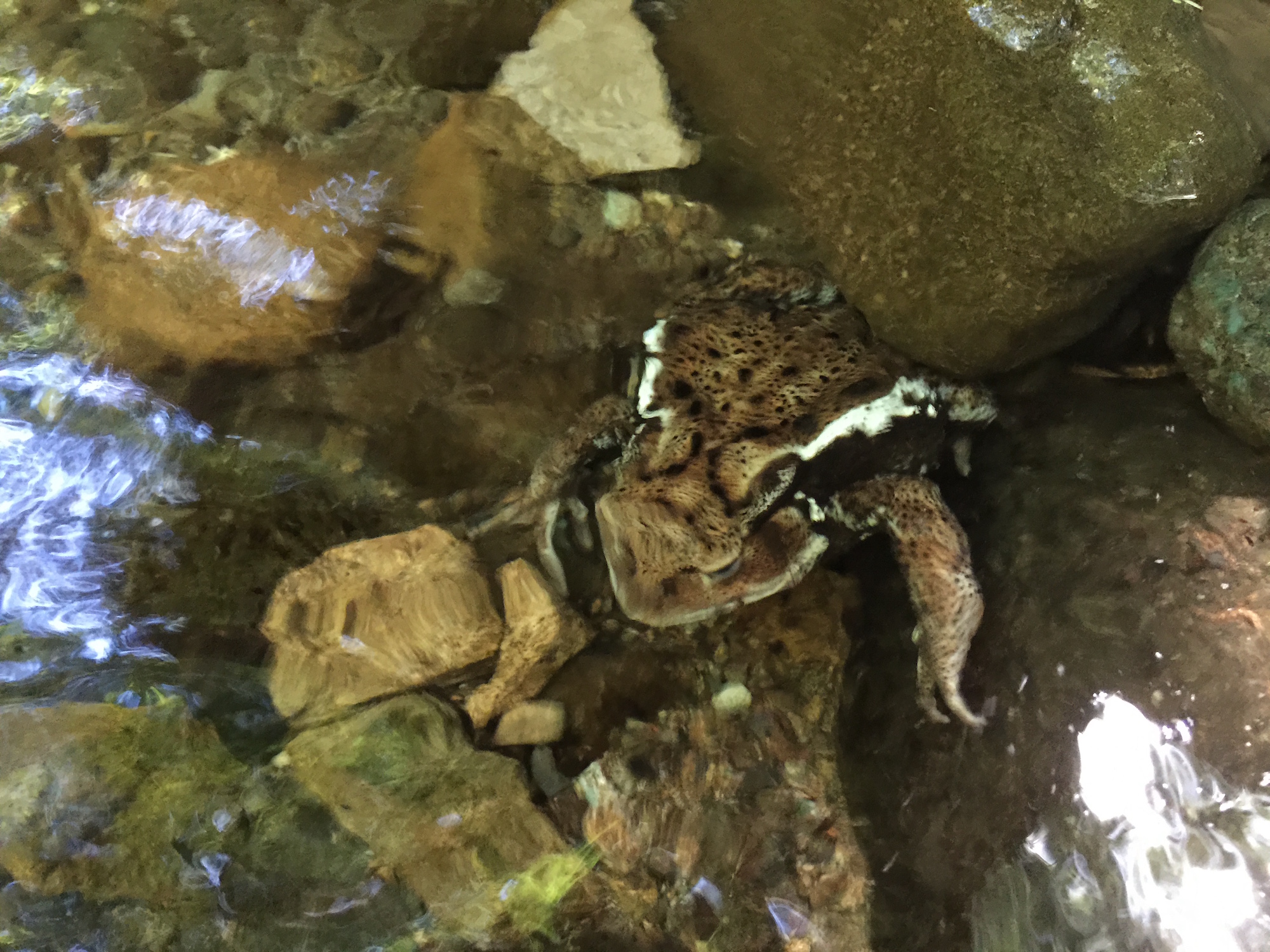 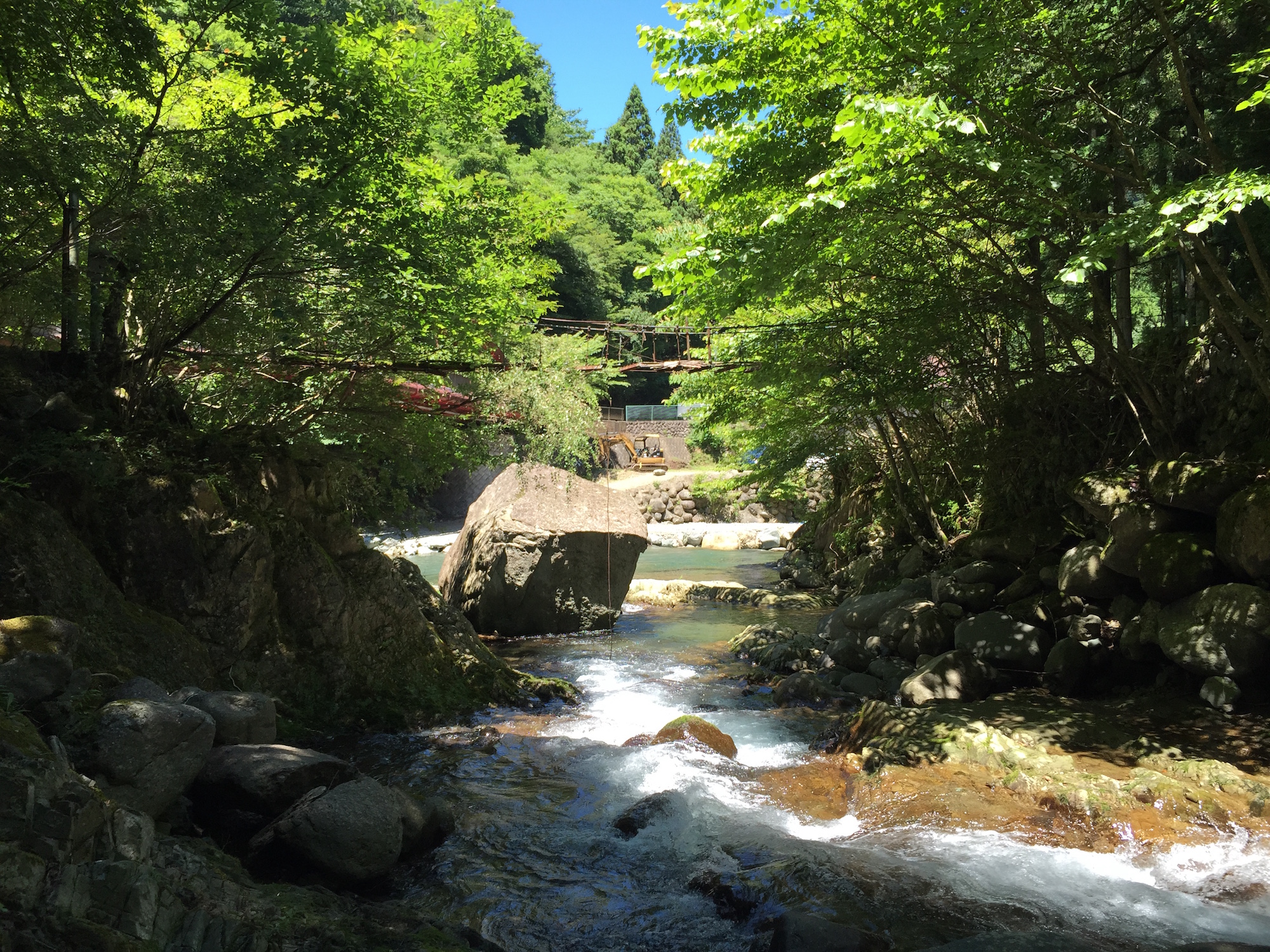 Because of the angle of the light on the pool I couldn't see into the water, despite my polarized sunglasses. I was fishing blind, so I kept my fly on the surface and within seconds I had a bite and then another and another and another. However, I could not set the hook for the life of me. As I made my way upstream fishing further and further up the pool I found out why. The pool was filled with 5-7cm fingerling Yamame. There was no way I could set the #12 Kebarai (nor would I really want to) I was fishing with. As I worked my way upstream I fished each promising pool and likely hiding spot and while each spot was teeming with Yamame but they were all in the 5-7cm size range. 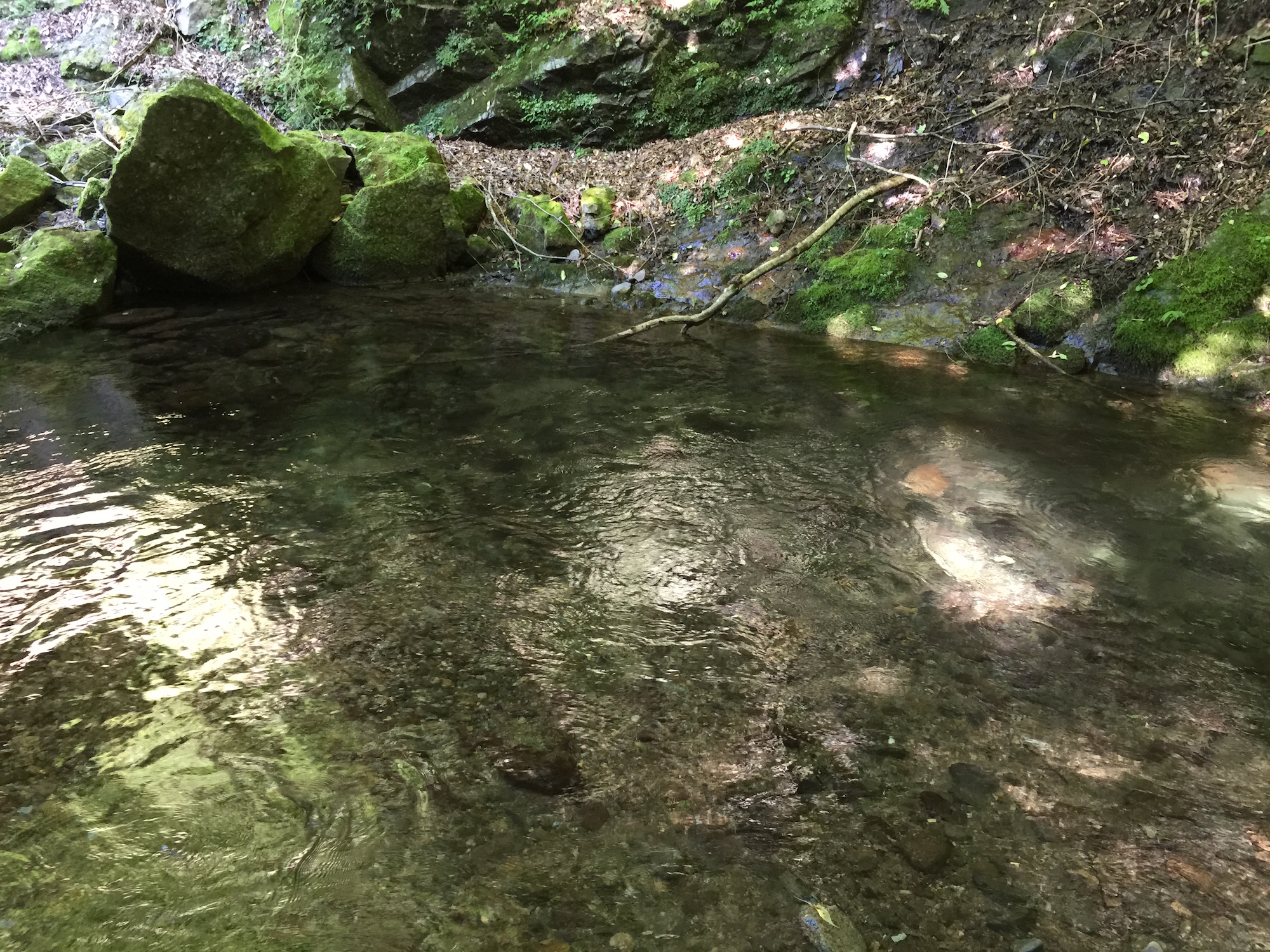 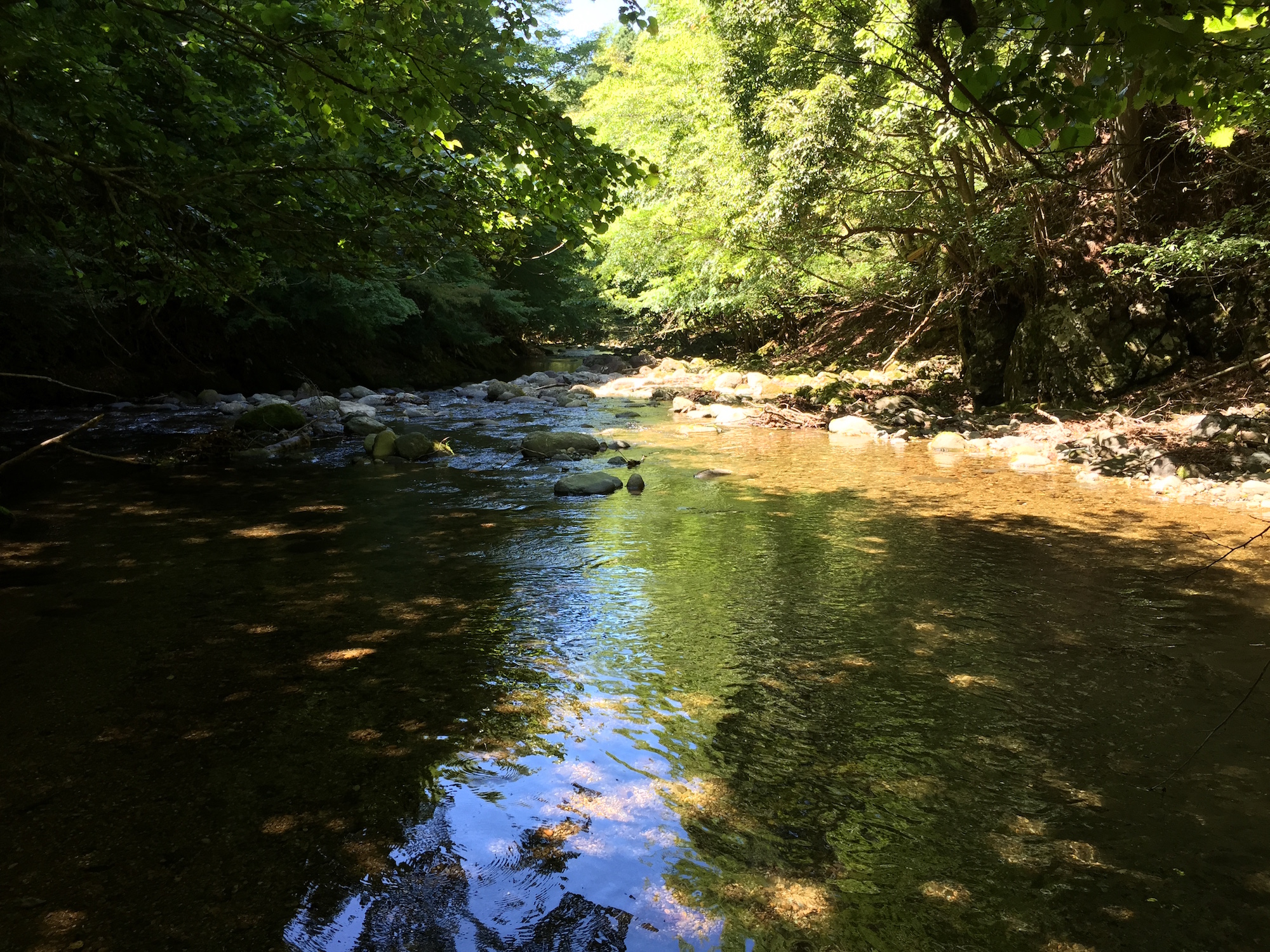 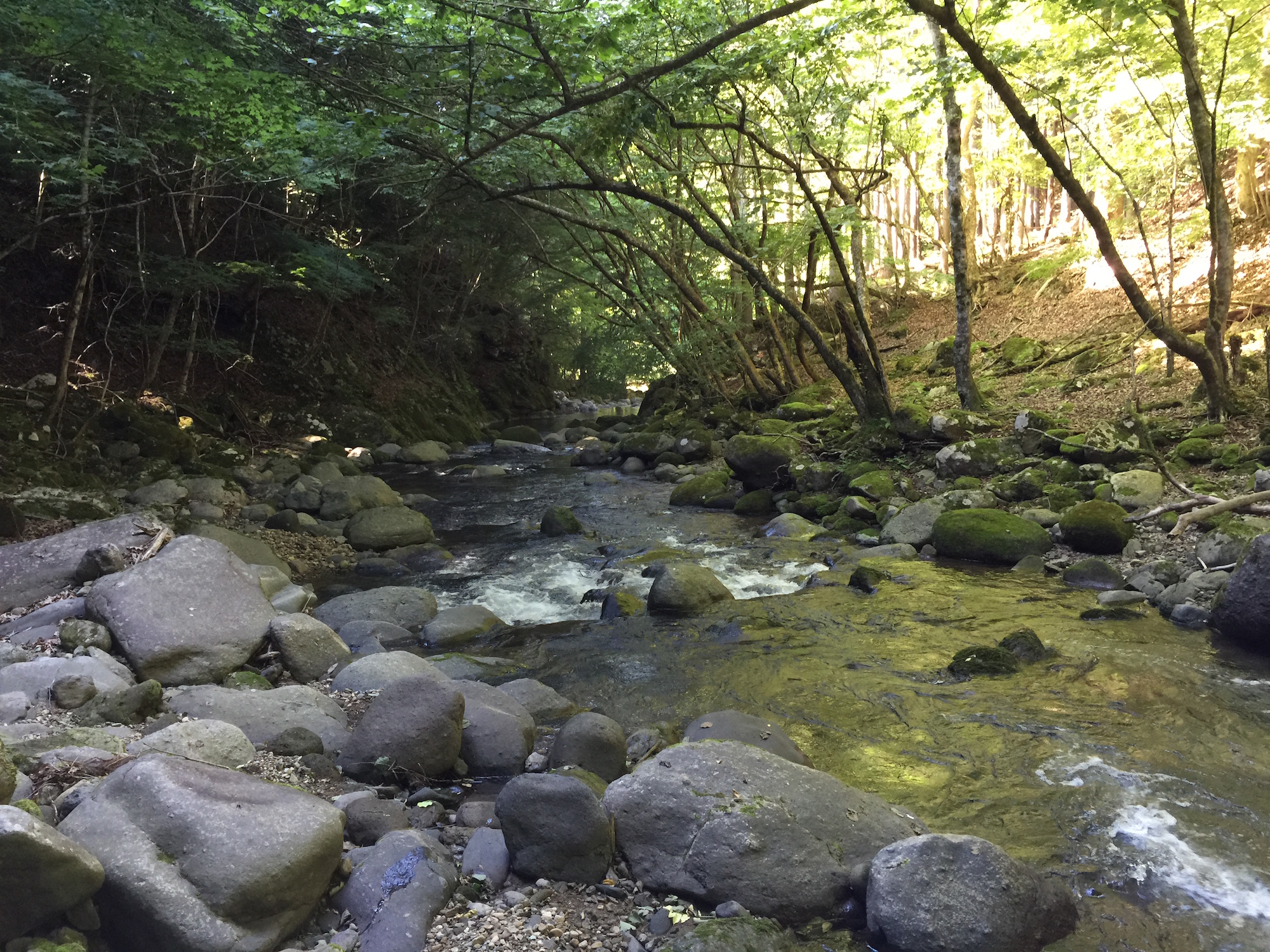 As I made my way upstream I began to notice two things. The first was that this river had flooded recently. These mountains had been hammered by 10+ days of rain and it looked like this stream had blow out in the last five days or so. Secondly, at the edge of the really nice pools were footprints that were not mine. Someone had beaten me to this headwaters creek. And judging by the footprints he (or she) had been here in the last day or two, I half expected to cross paths with this mysterious angler during my explorations but never did. I only saw four or five large Yamame the entire day but about a hundred fingerlings. 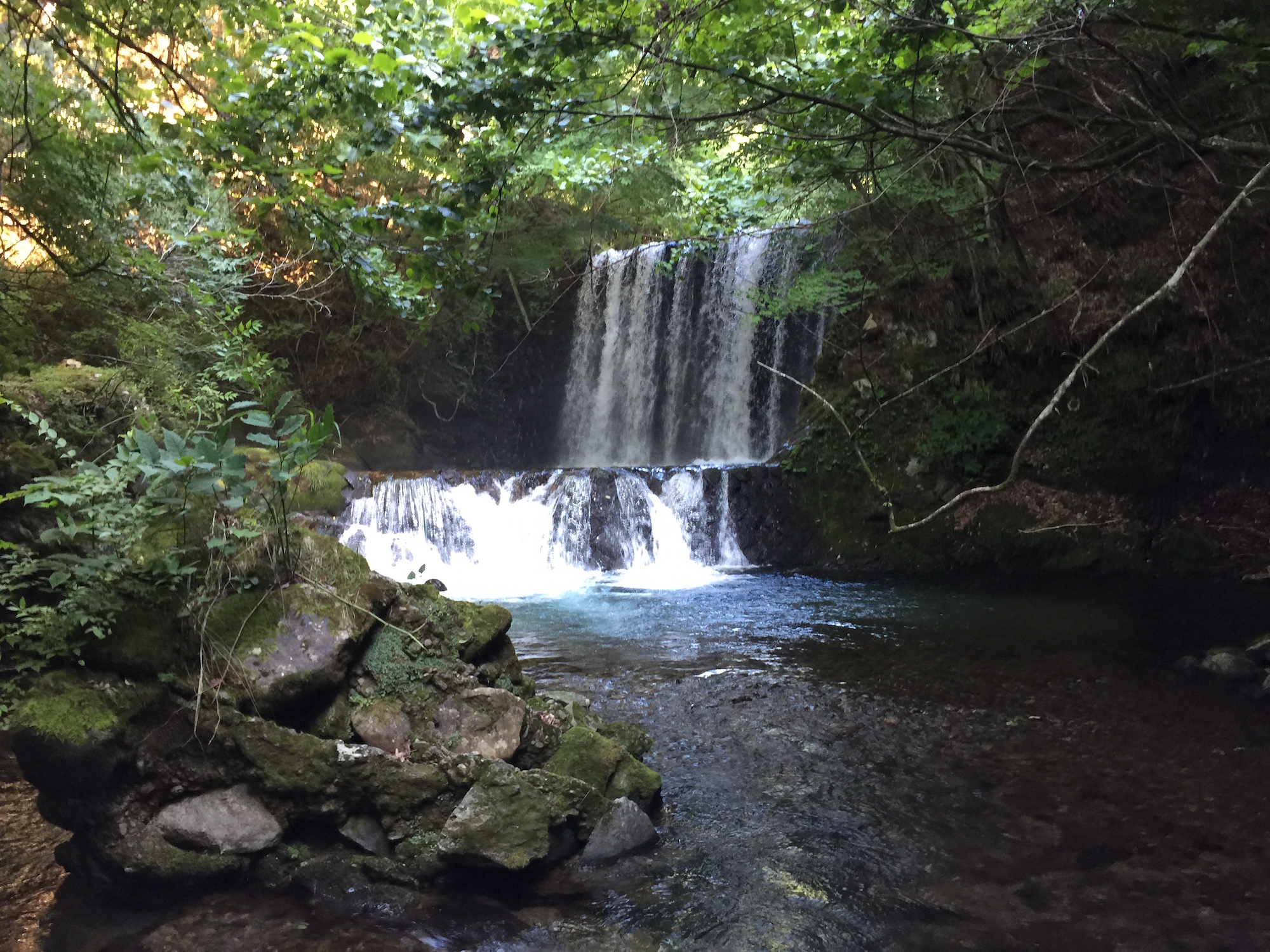 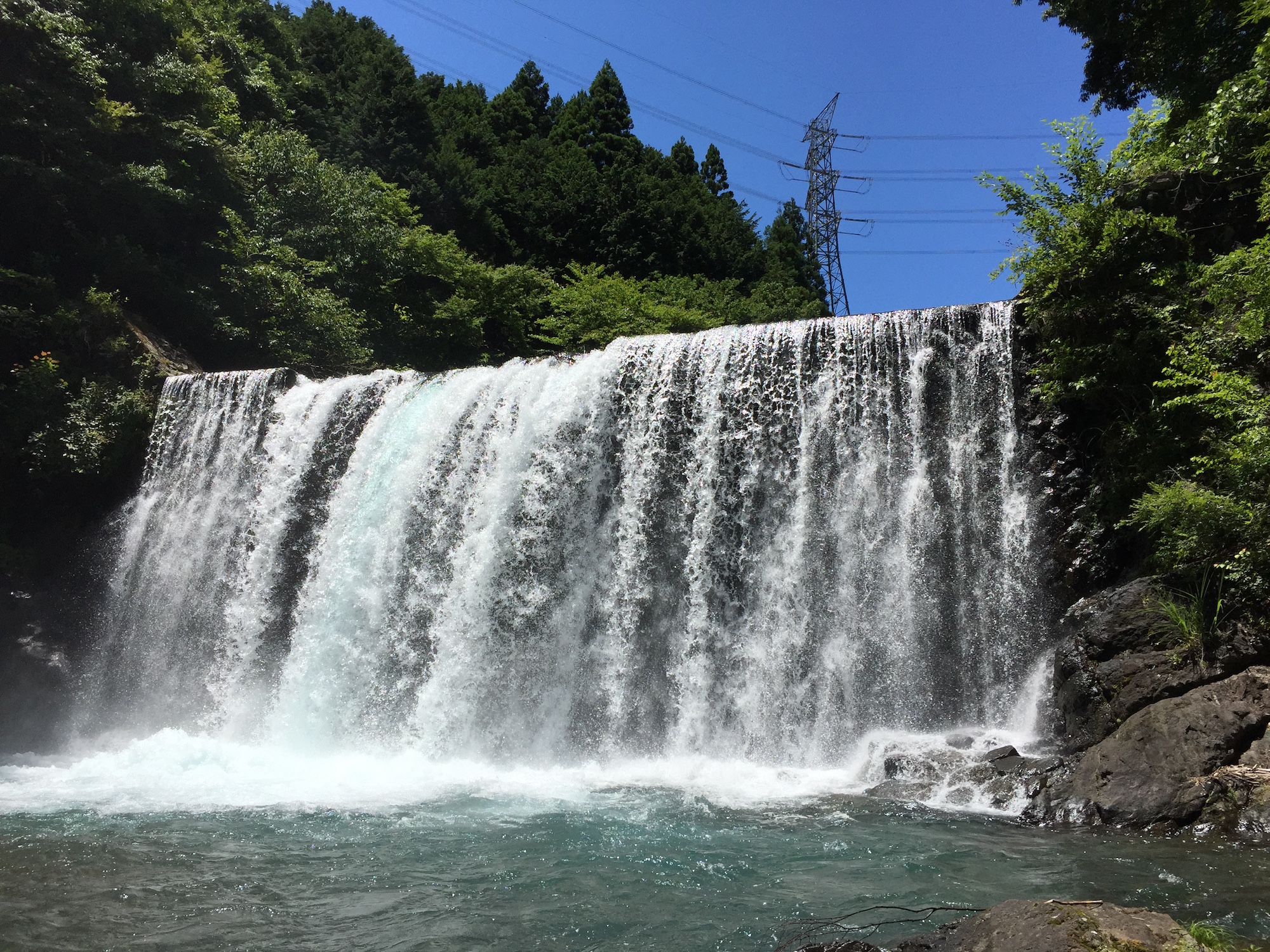 I began to wonder if maybe I should stop fishing as the fish in this river had been through a lot... So I eased up took more photos and only fished the really deep, cold, and swift moving pools. I ended up getting skunked but had around 20 or so fingerlings try to take my fly. I was using the Iwana fly my friend Kado-san had tied and given to me in a trade (he got a few Mr. Rapidan dry flies) during our recent Iwana genryu expedition. No other pattern seemed to work they were just going nuts for the color combo/hackle of the Iwana fly, so I stuck with it - even though it was too large I had high hopes that maybe a bigger Yamame would give in to the temptation and strike. 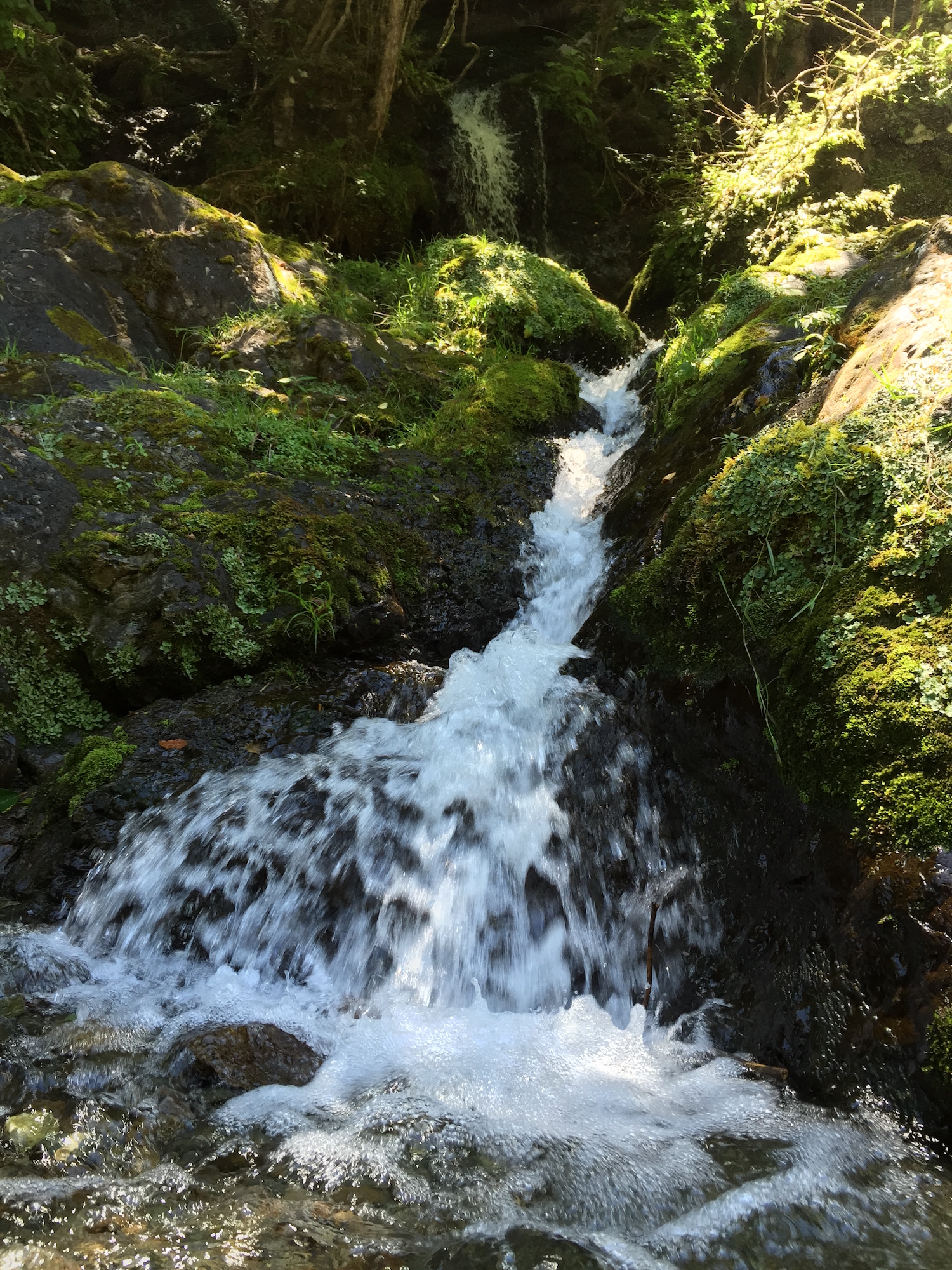 Right before I turned around I came across an abandoned cabin, I peaked inside the half open door. It was filled with garbage, old camping fuel canisters, dilapidated wheelbarrows, and even an old guitar was leaning against the wall. As far as abandoned cabins go it was in pretty good condition - not one single pane of glass had been broken and I could not find a single bullet hole. That is Japan for you they respect everything! 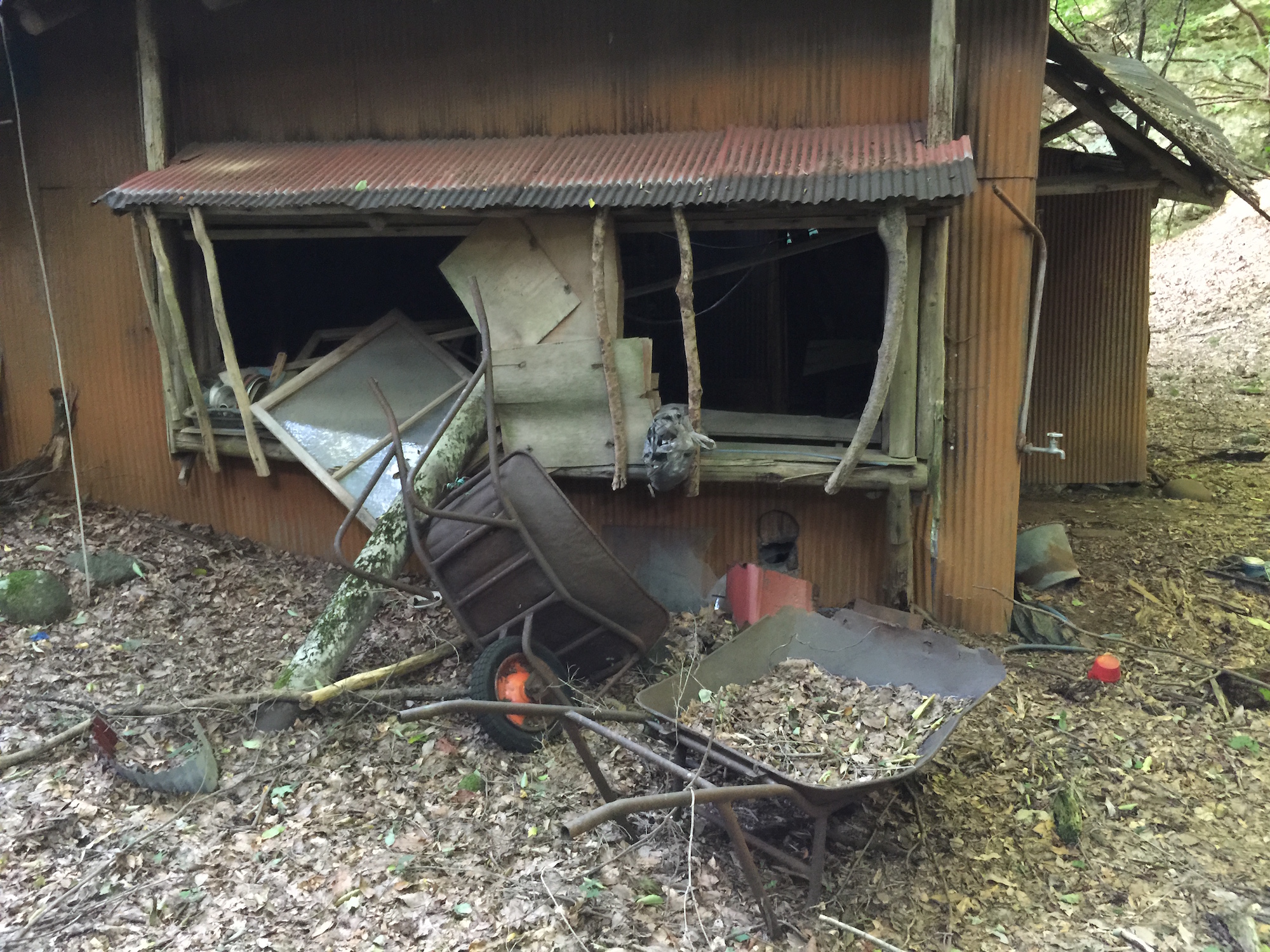 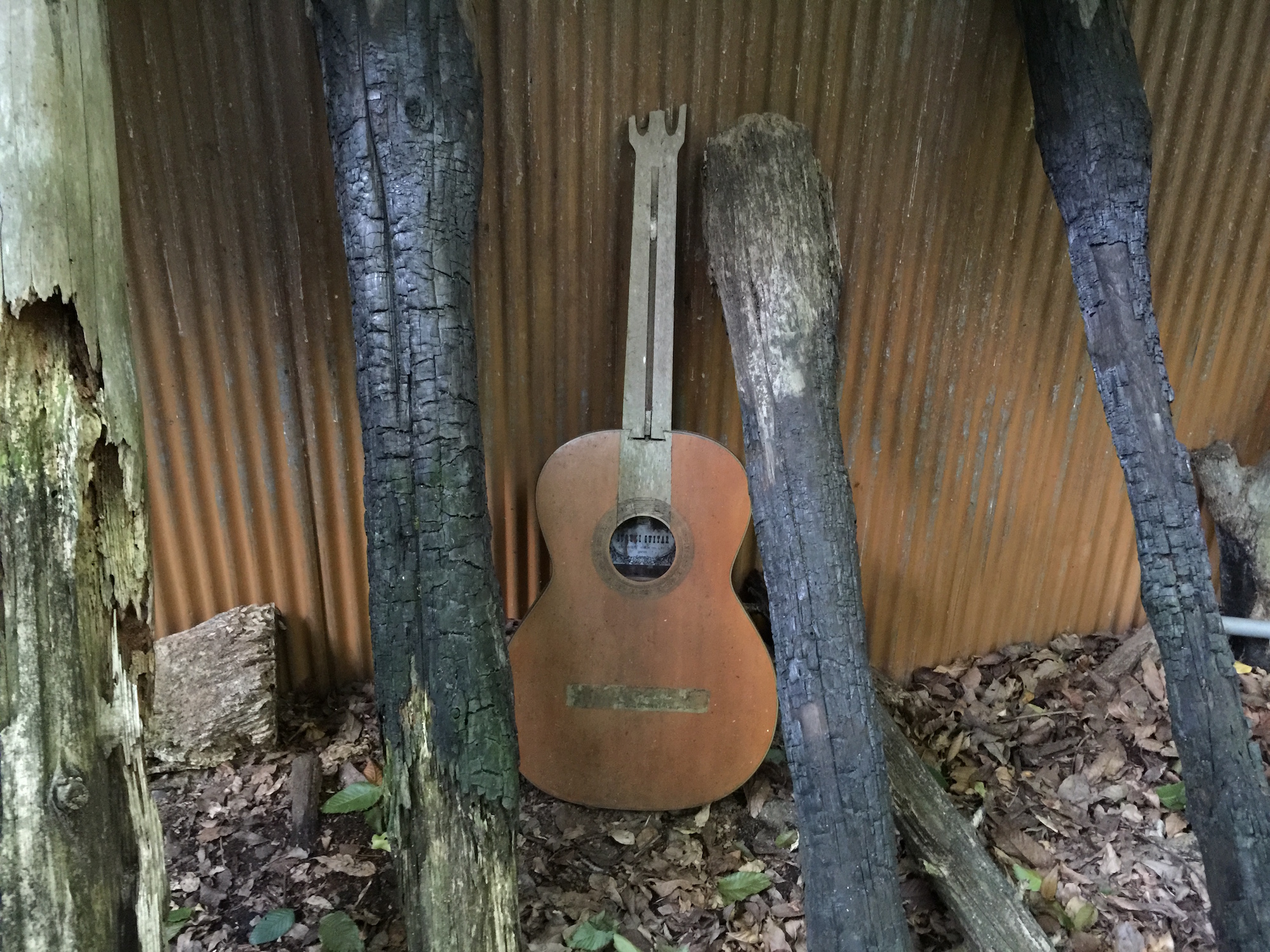 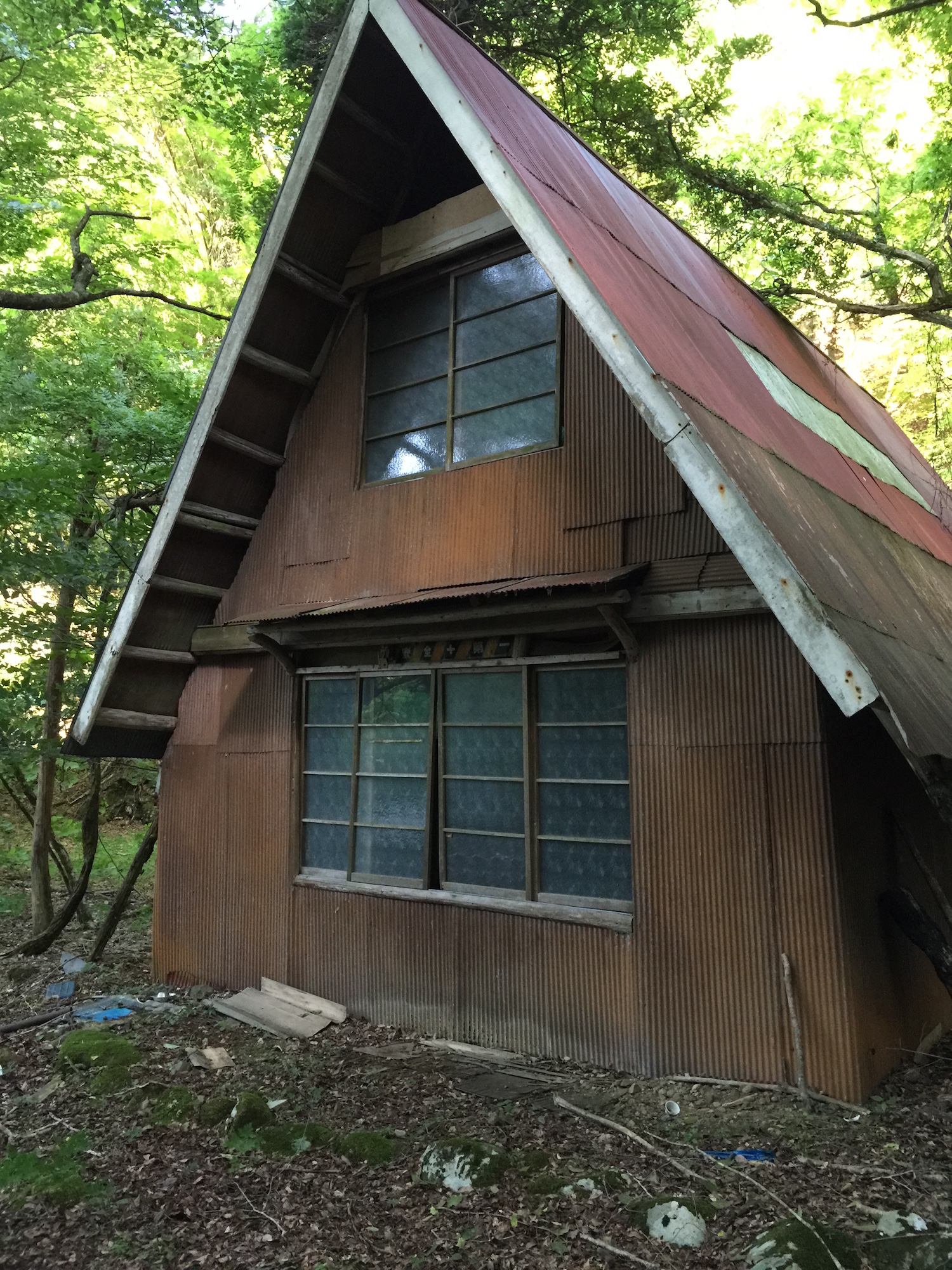