The weather last week was absolutely spectacular. Low humidity, temps in the mid 70's, and lots of sunshine. It felt like a crime to not be out and about in the mountains. So when my alarm woke me up at 4am on Friday, I was giddy with excitement. The sun was already coming up as I brewed up my coffee and fried up some eggs and hash browns. The drive to the river seemed to take longer than usual with a lot of drivers on the road. But finally we escaped the Tokyo traffic and made our way through the mountains towards the small village of Sasakune. The village is nestled below a waterfall and tucked into a small meadow dotted with vegetable gardens and surrounded by tall mountains shrouded in bamboo and cedar forests. 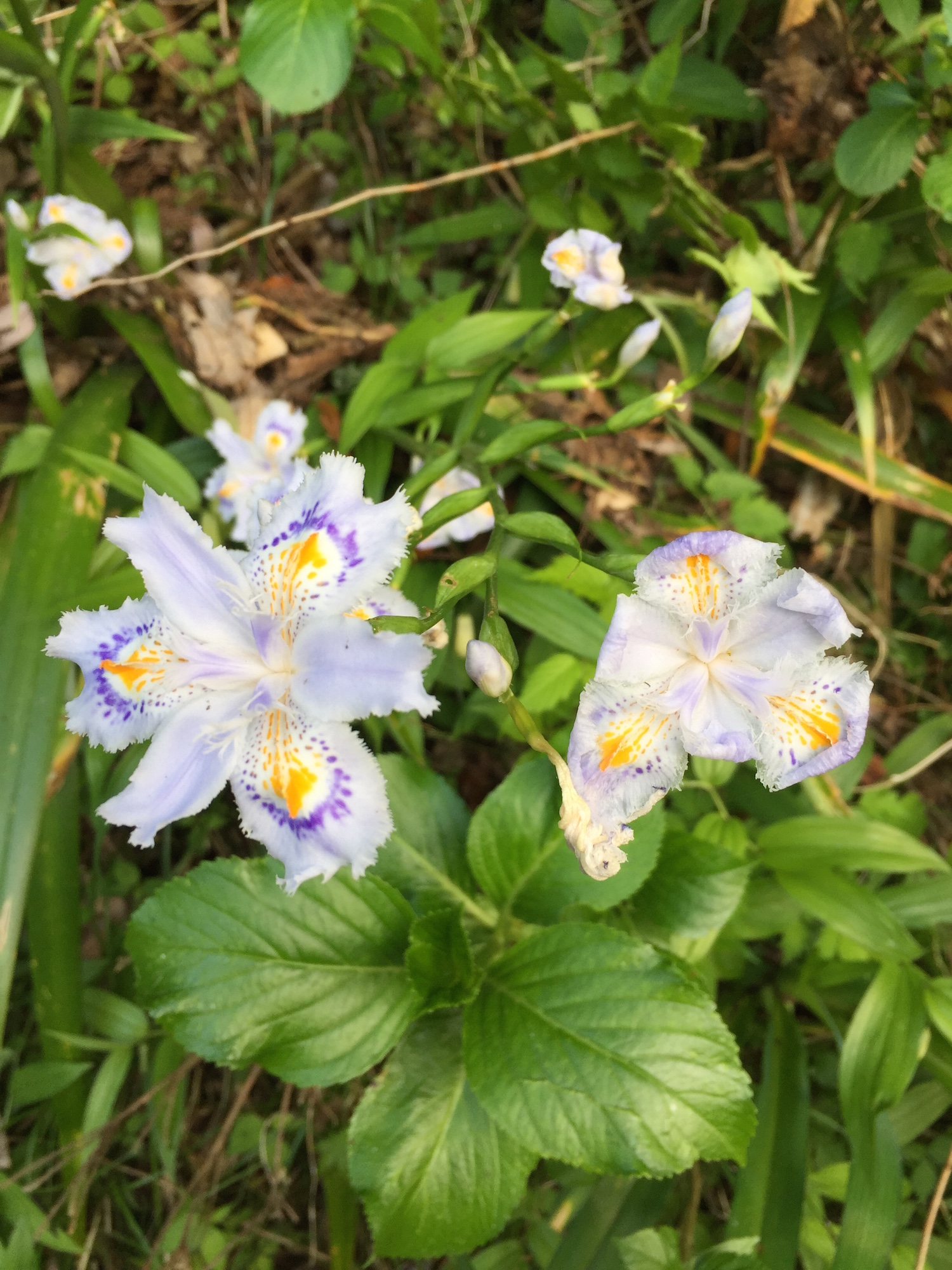 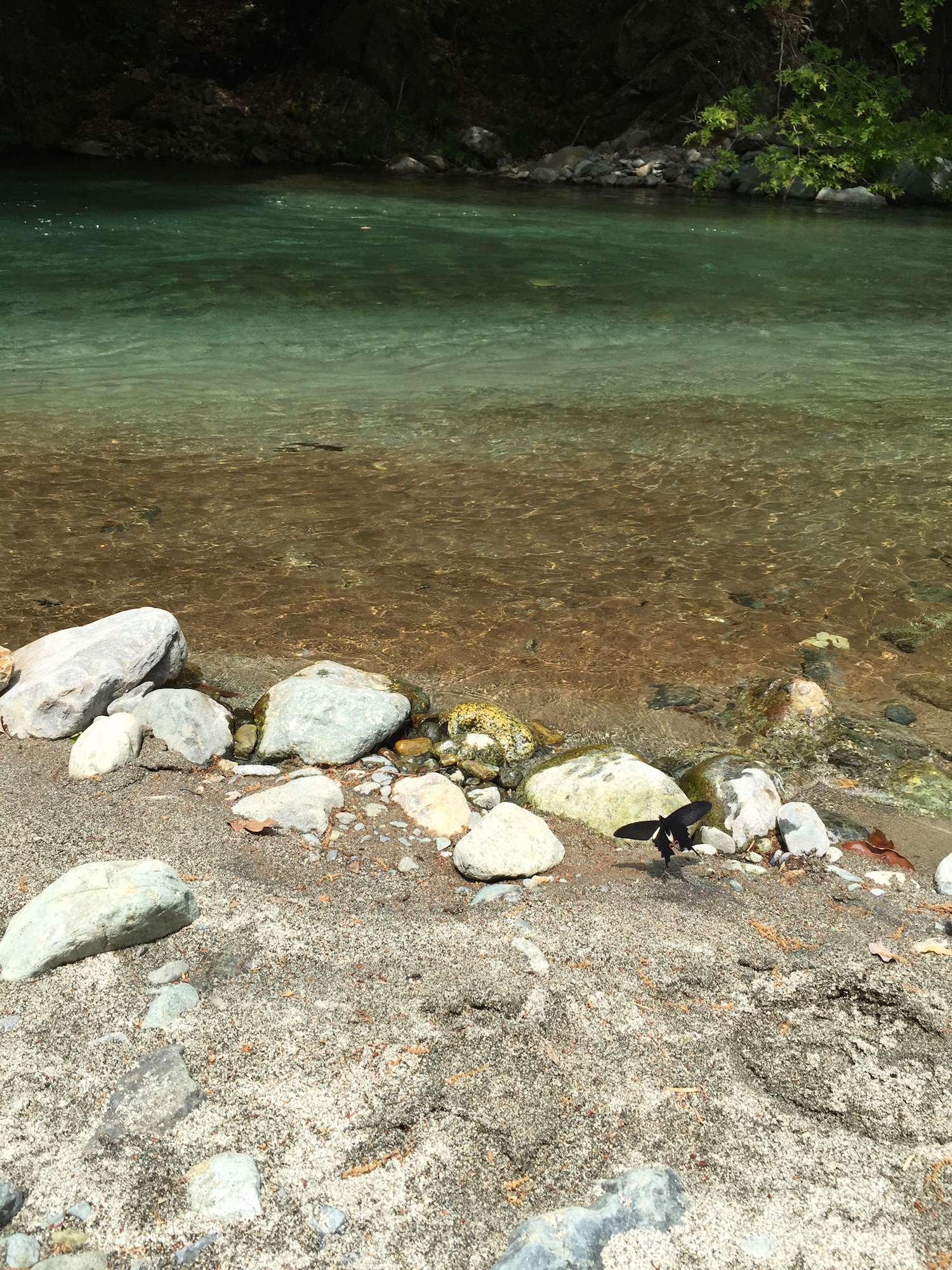 The fishing ticket sales are sold out of a fishing collective volunteers home. We felt bad knocking on his door at 7:30am and especially bad when the owner answered the door in his pajamas. There was some sort of problem with Mastercard that morning so I had been unable to get ¥ at the ATM so I had to pay for my ticket with a handful of coins. The gentlemen who sold us the tickets was both amused and annoyed at having to count so many coins before his morning tea... With much bowing and "gomen'nasai's" on my behalf I collected my fishing ticket and headed to the river. 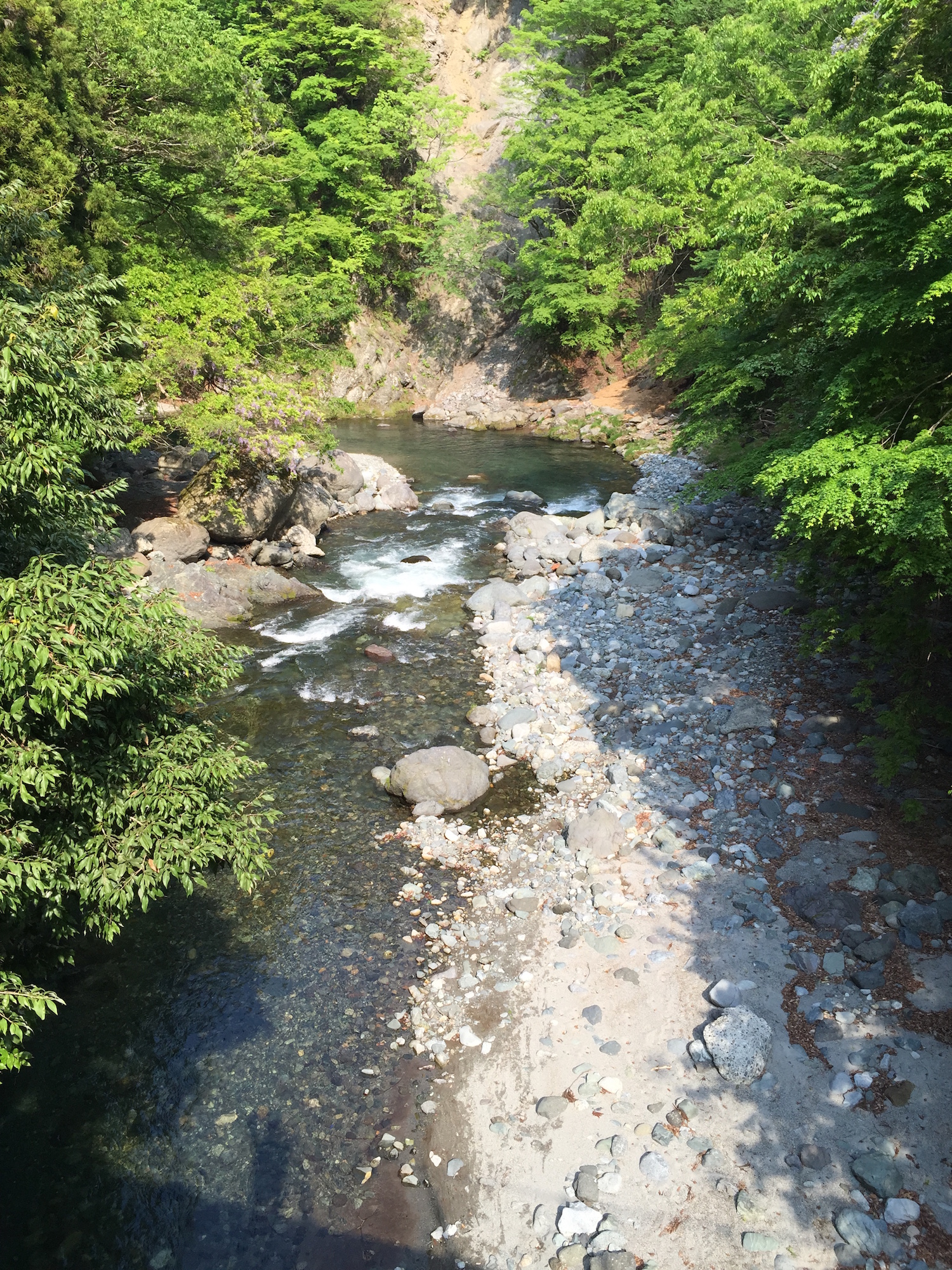 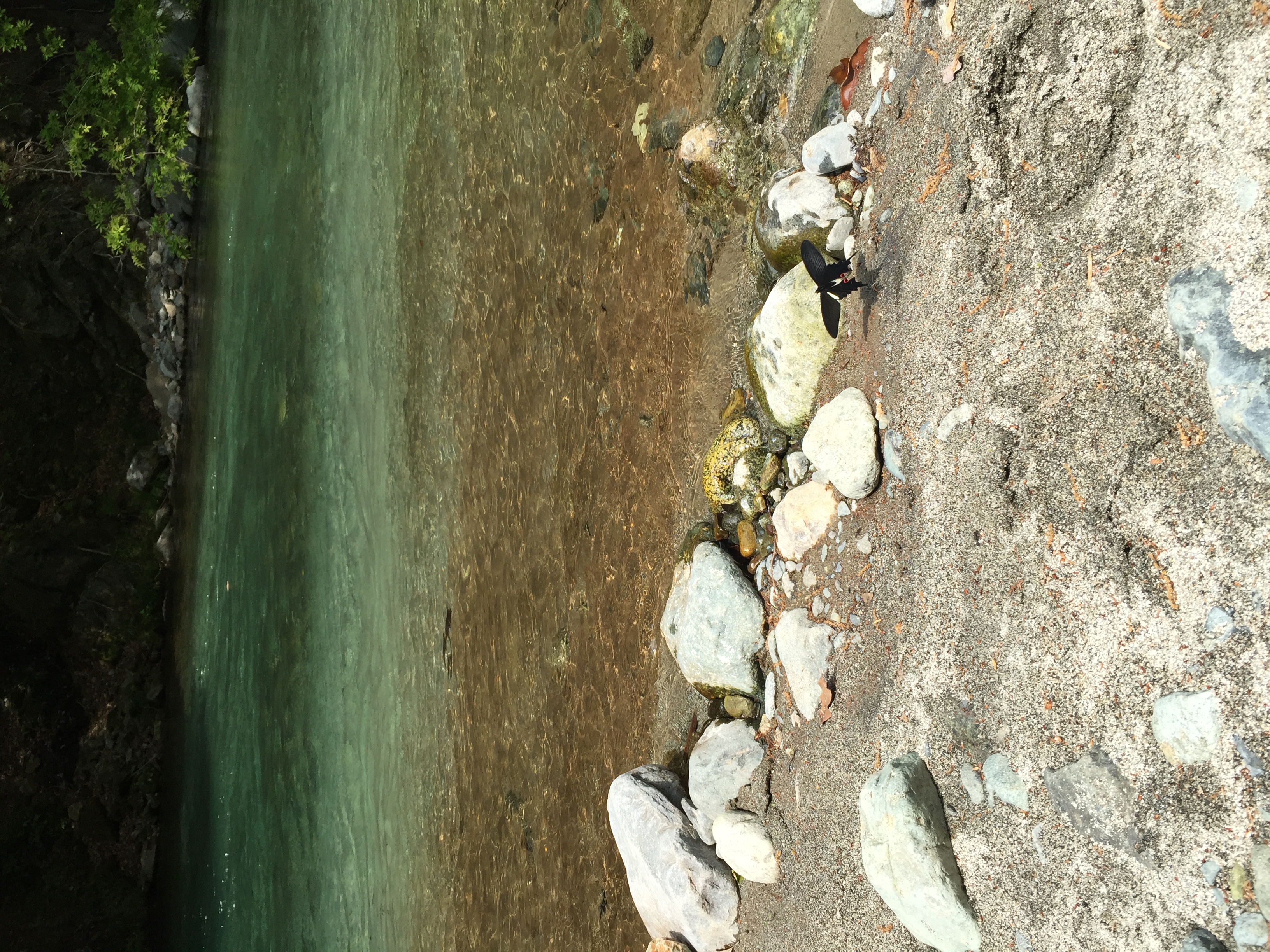 The last time I had been here the river was teaming with fish. While there were fish in the river today there was a noticeable decline in activity and many of the fish we did see were pretty small. Our concerns that this area had been pretty popular during Golden Week were confirmed. The fish, that had been lucky enough to survive the onslaught, were still recovering from the pressure. After four hours of absolutely no action, I was getting desperate. I had tried every kebari in my arsenal, even my go to flies that had always worked in the past were getting no love. Out of desperation I tied on a #14 terrestrial with a meter or so of 7x and then things got interesting! My first cast the fly had barely touched the water and a fish came out of no where and hit the fly hard. I missed the set but a few casts later I had a fish on! But after a bit of a fight she got off. Yamame are very challenging fish to catch. They are very adept at getting off the hook. 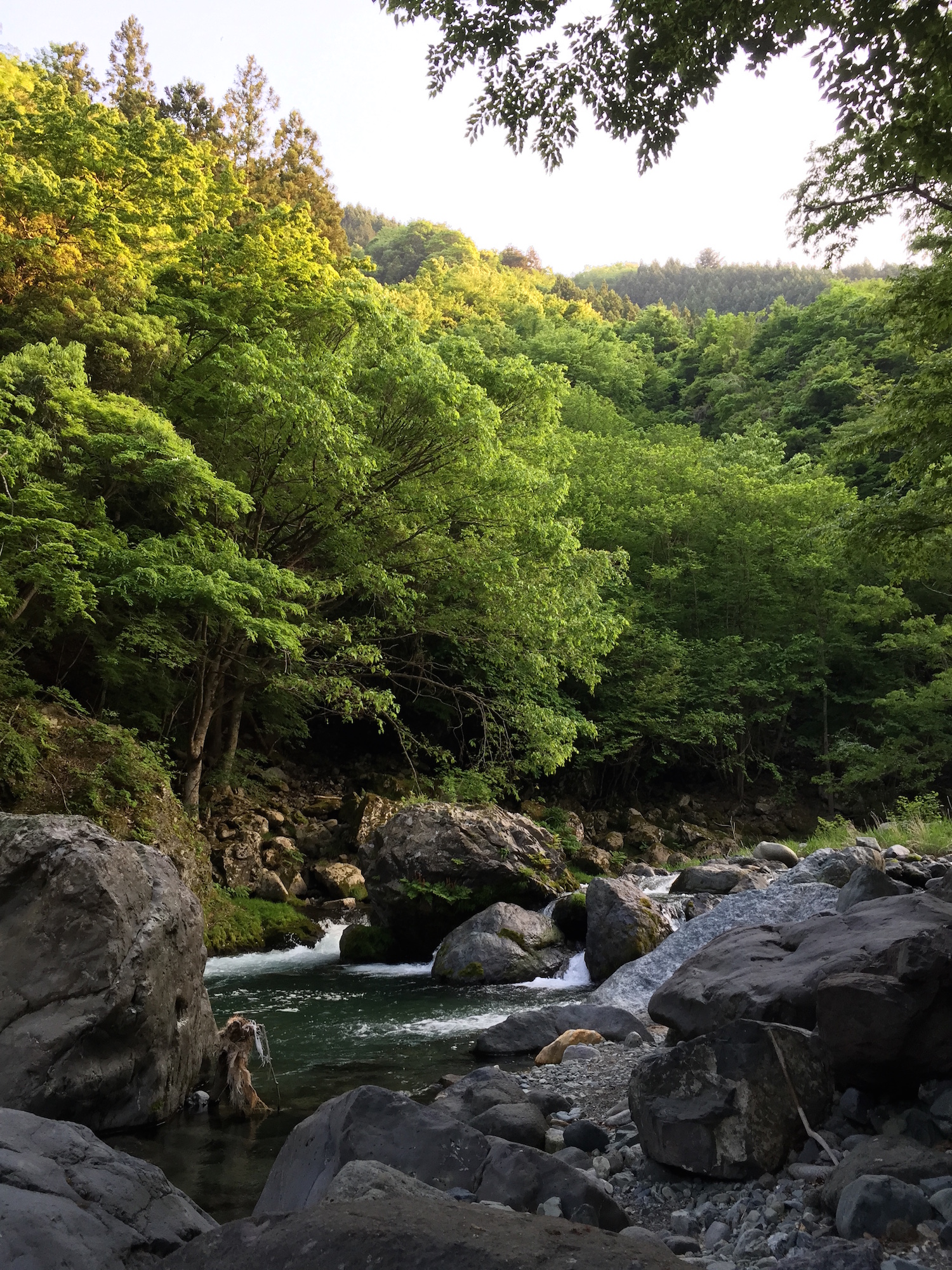 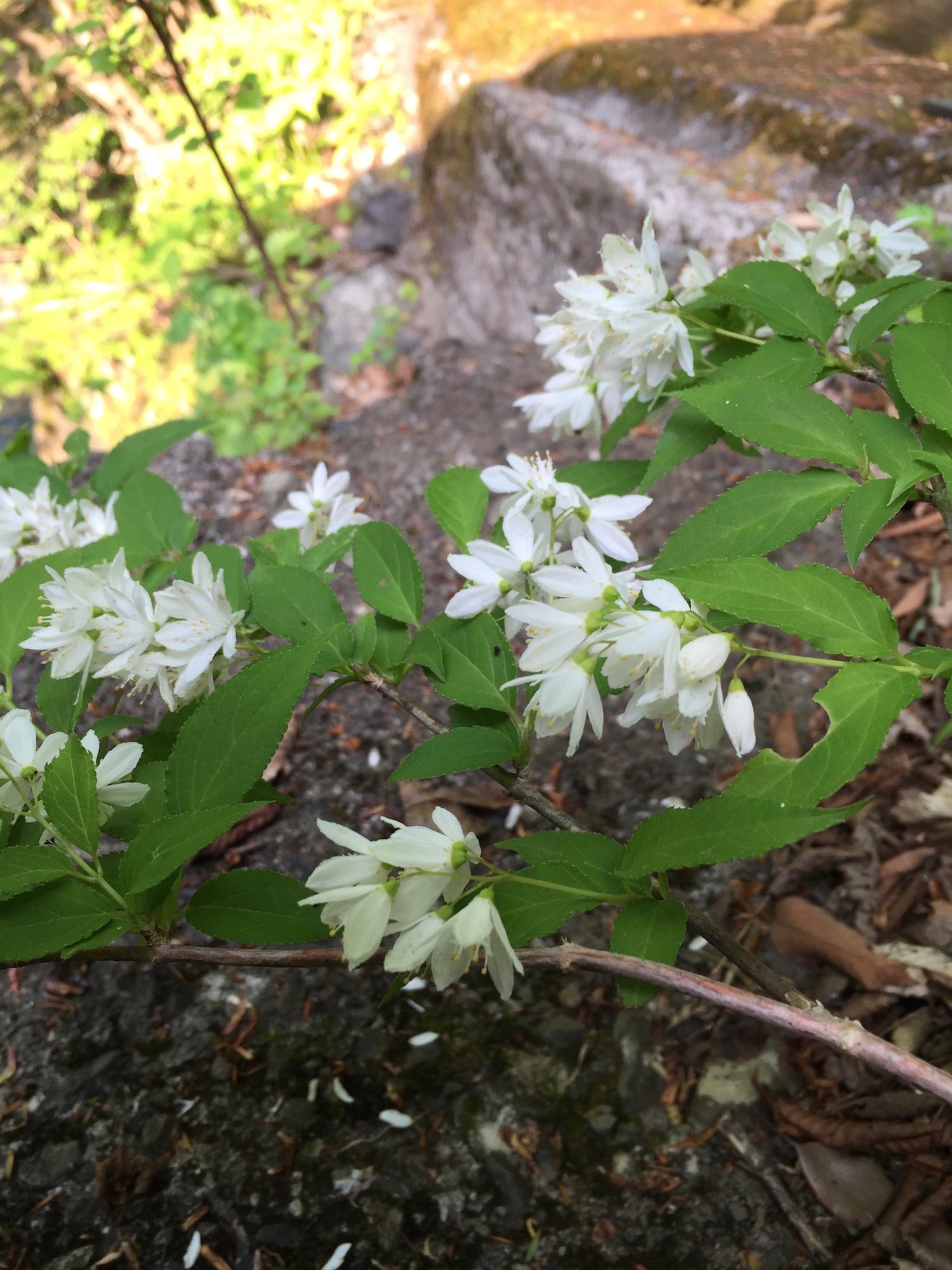 All told we spent 11 hours on the river, and we brought one fish to hand, had about 1/2 a dozen on our line who got loose, and about a dozen bites - all on terrestrials. Easily the most challenging day of fishing I had ever experienced. We had prepared ourselves for this though as we knew that Golden Week had just wrapped up. In fact we were quite surprised there were any fish left in the river at all. We saw five or six keiryu anglers throughout the day and they did not appear to be catching anything either, and they were using bait... 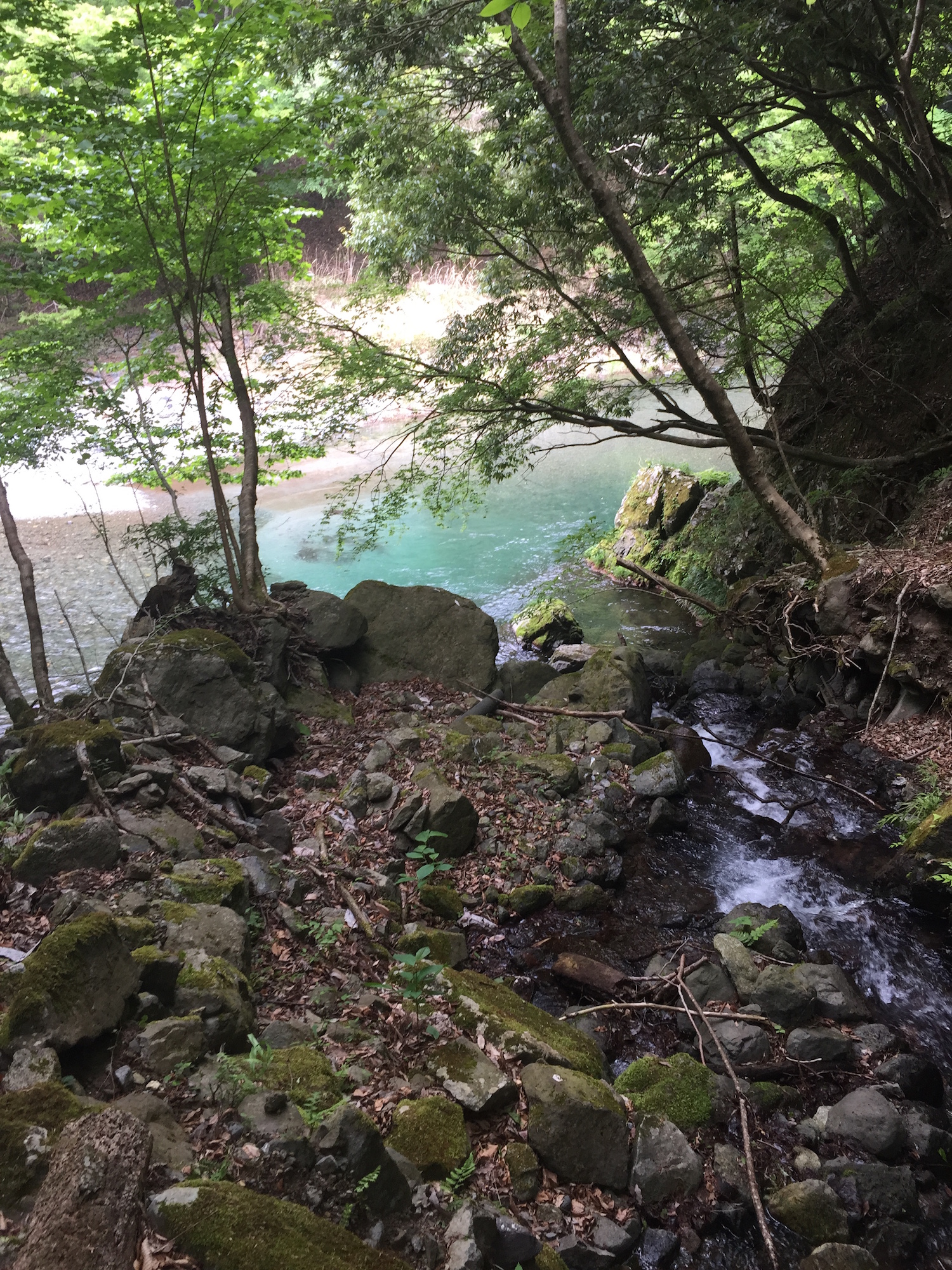 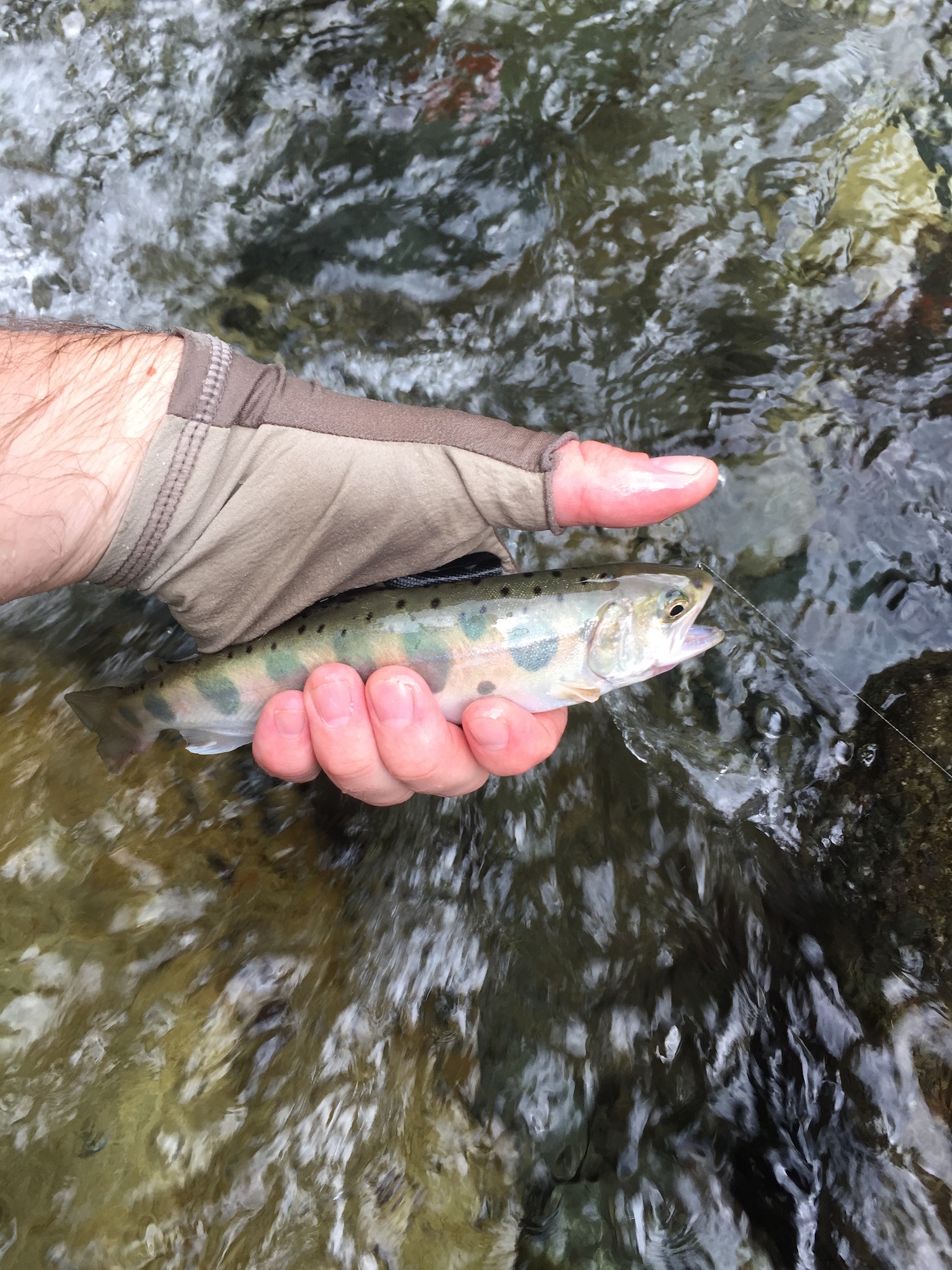 As you can see from the photos though it was an absolutely gorgeous day. I wet waded most of the day because the water was the perfect temperature. No need for waders and when the wind blew and the puffy white clouds temporarily blotted out the sun I would retreat to a warm sandy beach and watch the butterflies. I explored a huge section of the river, probably walking a total of 4 miles, up and down the river and exploring the creeks that flowed into the Doshigawa. 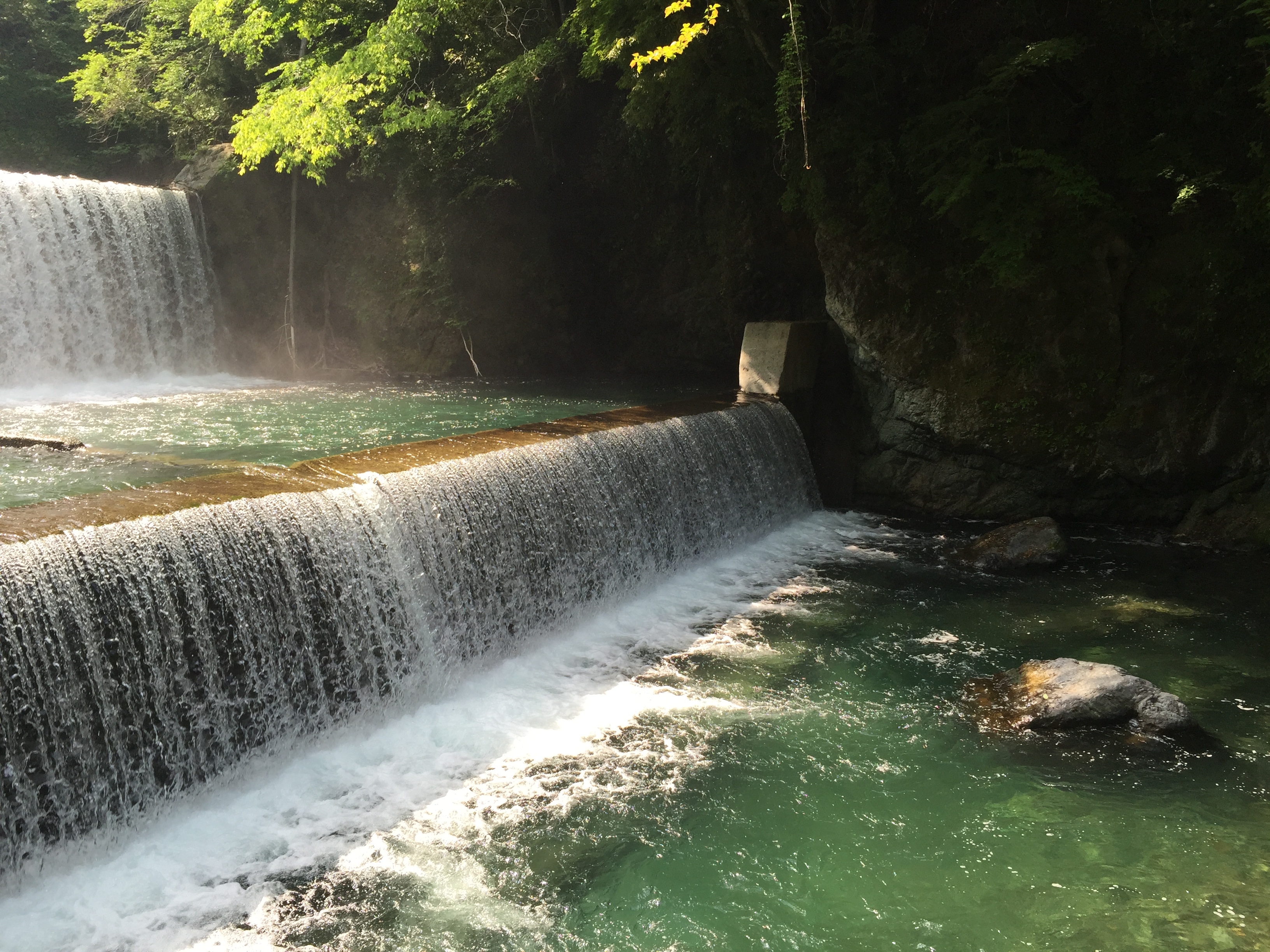 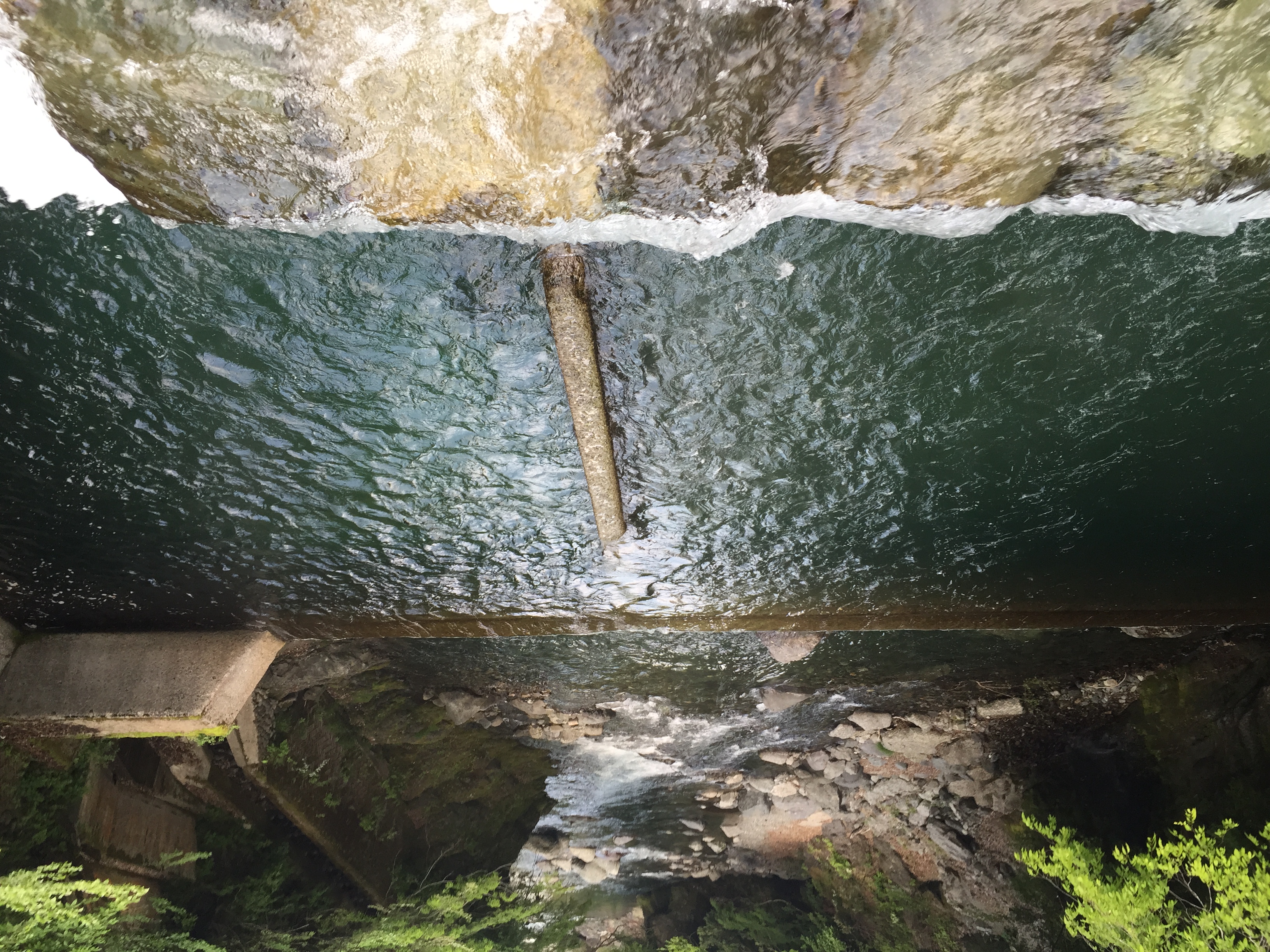 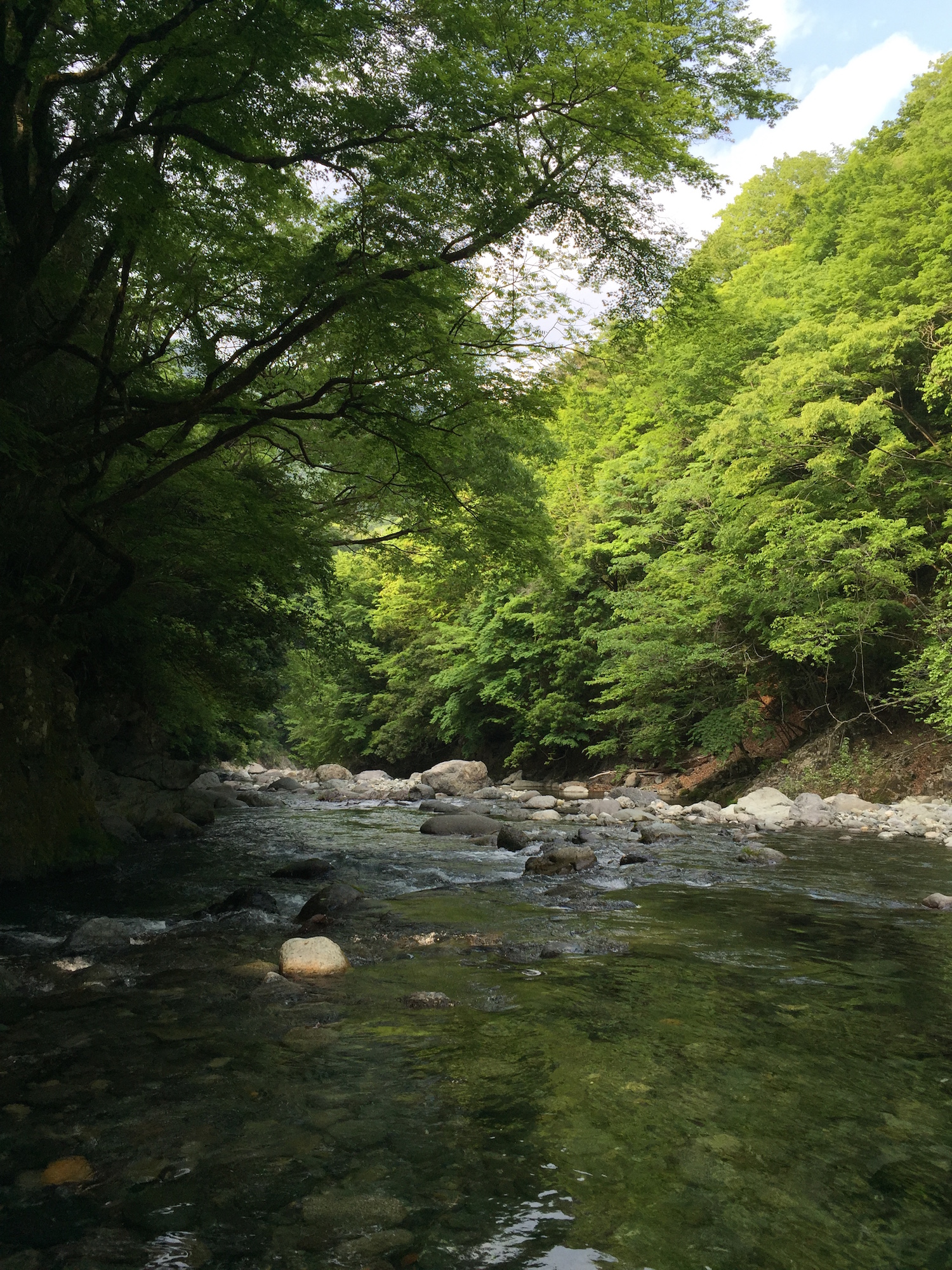 I did not want the day to end but alas with the last rays of sunlight we headed home. We stopped at a 7 Eleven, on the way back, and gorged ourselves on broccoli & shrimp egg salad, edamame, Japanese doria (rice gratin), Sprite made with real sugar(!), and vegetables dipped in a spicy mayonnaise sauce. Despite the lack of fish it was still a great day on a phenomenal river. 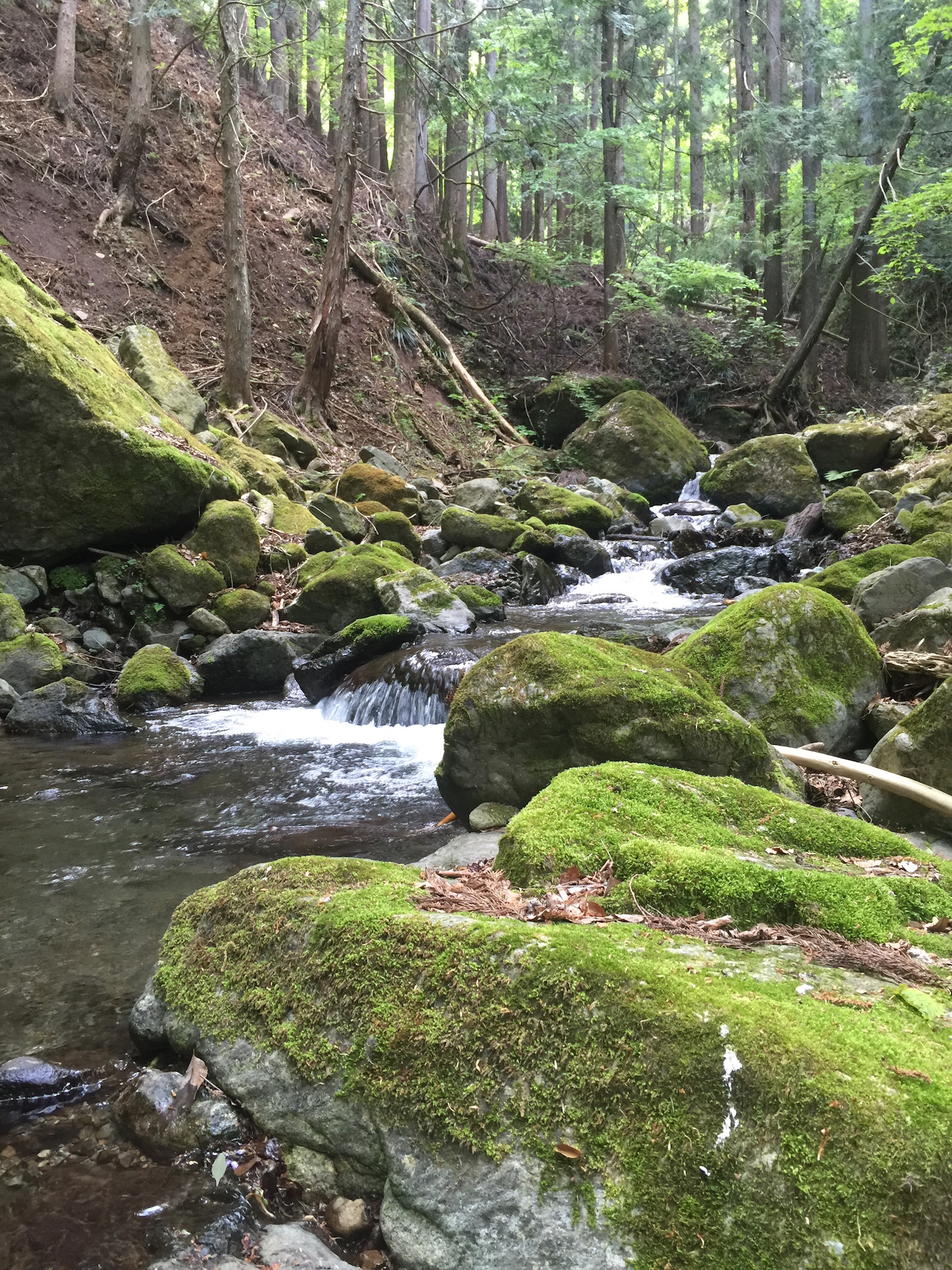 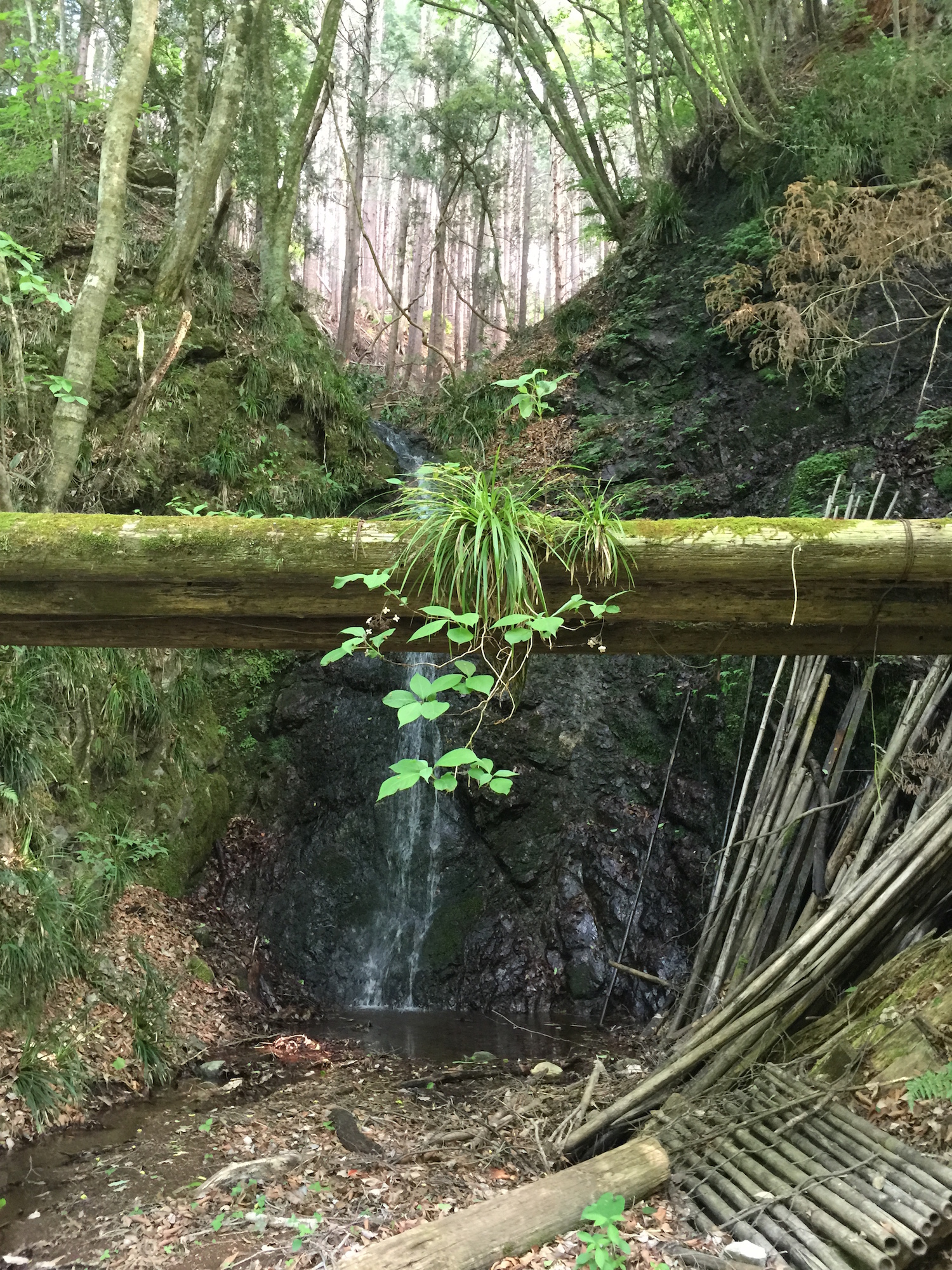