Last week I headed back to Oshino Creek. I did not have a chance to fish the lower sections the first time I went. The lower sections features more swift water than the upper section and I was eager to check it out. For the most part Oshino is a slow and deep river but the sections of "white-water" do offer some great fishing. 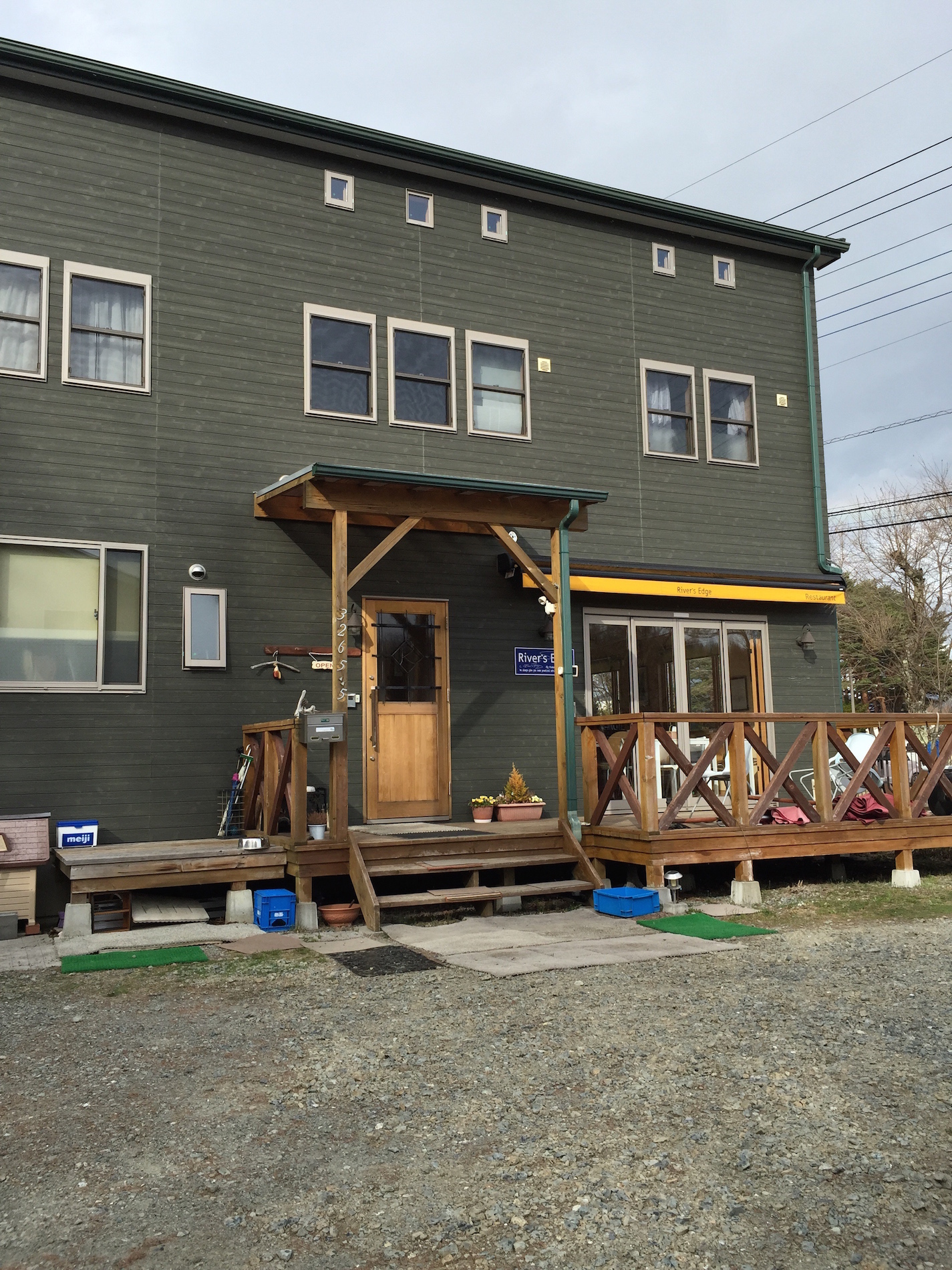 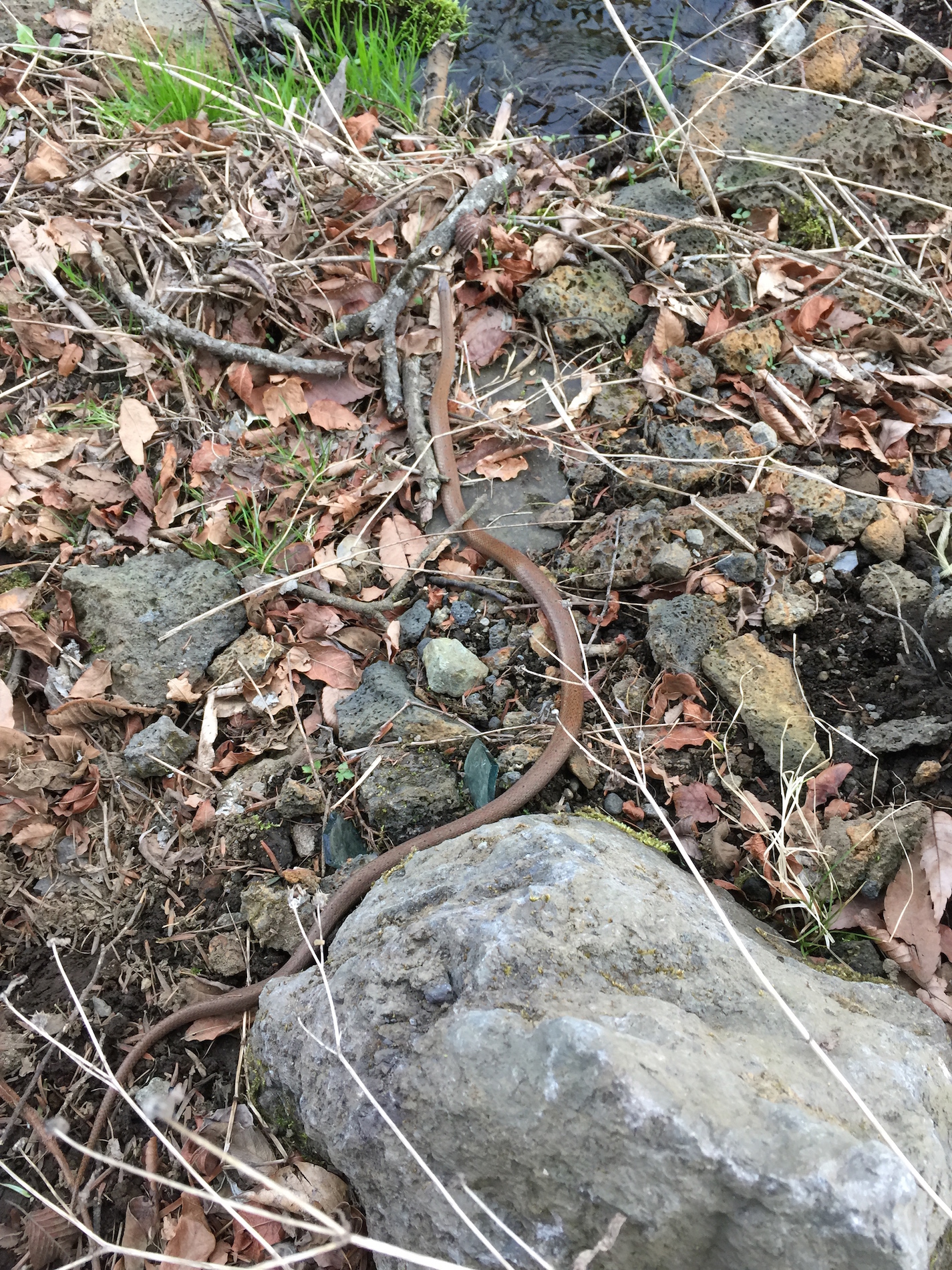 When we arrived the sun was shining and the most impressive lenticular cloud I had ever seen was perched over the top of Mount Fuji. The cloud was flowing down the side of the mountain in cascading wisps. It was an absolutely beautiful morning! As the day progressed ominous clouds began to blow in. 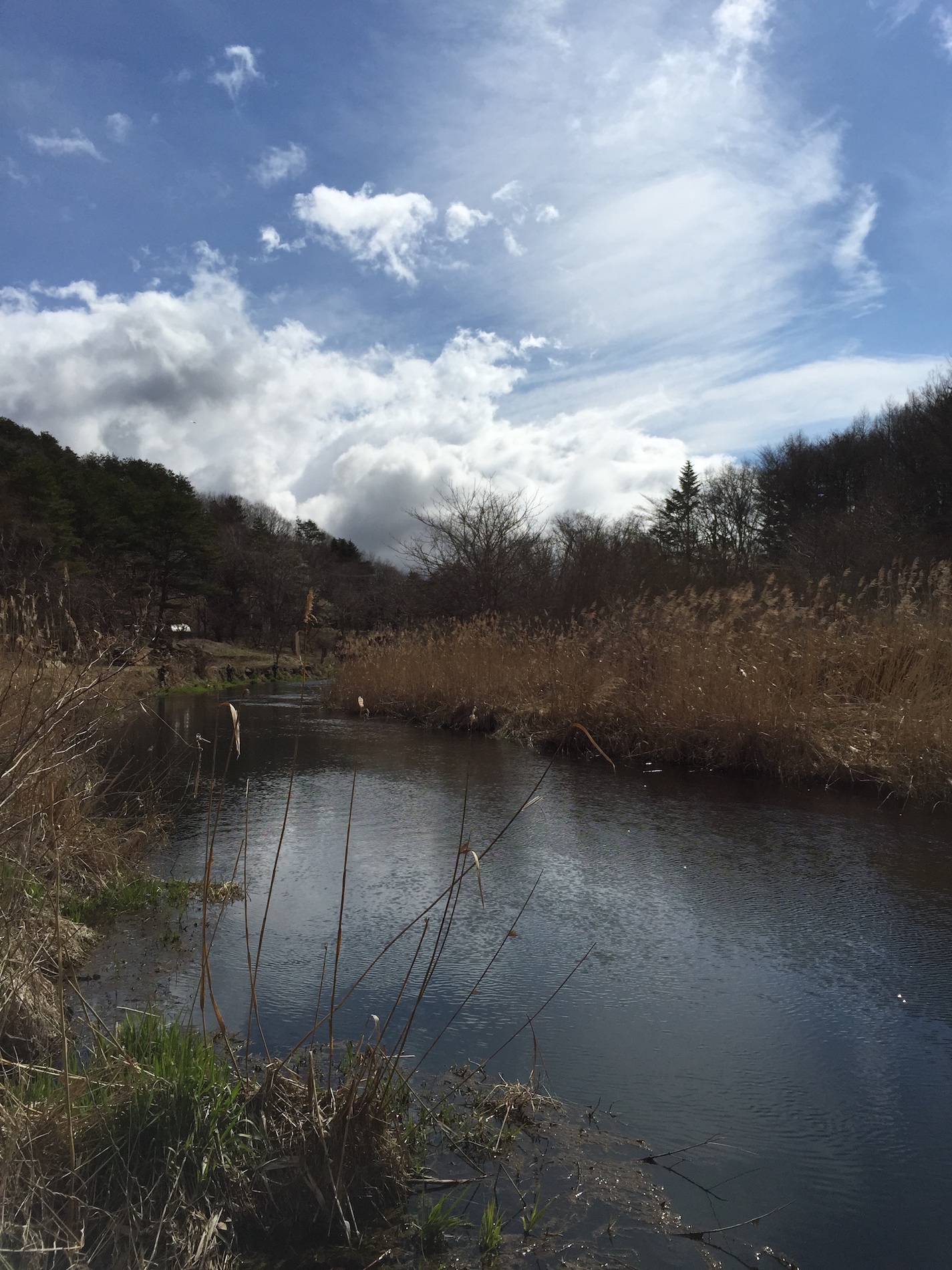 There were more anglers on the river than last time but they tended to congregate around the deeper pools. It was still possible to find solitude surrounded by budding trees and blooming flowers. With the warmer weather comes more wildlife encounters. I almost step on the first snake I have seen in Japan. Glad he was not poisonous! 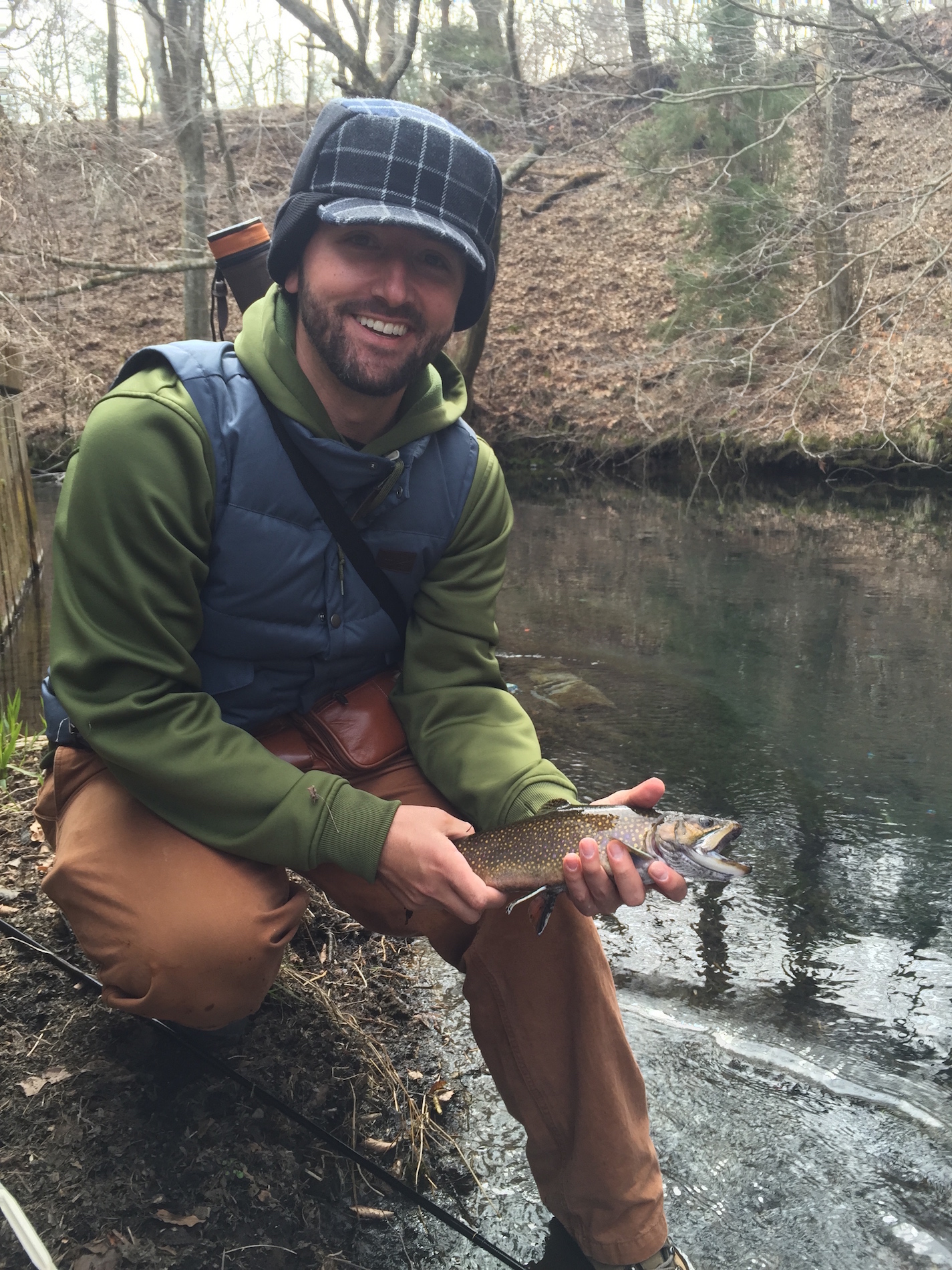 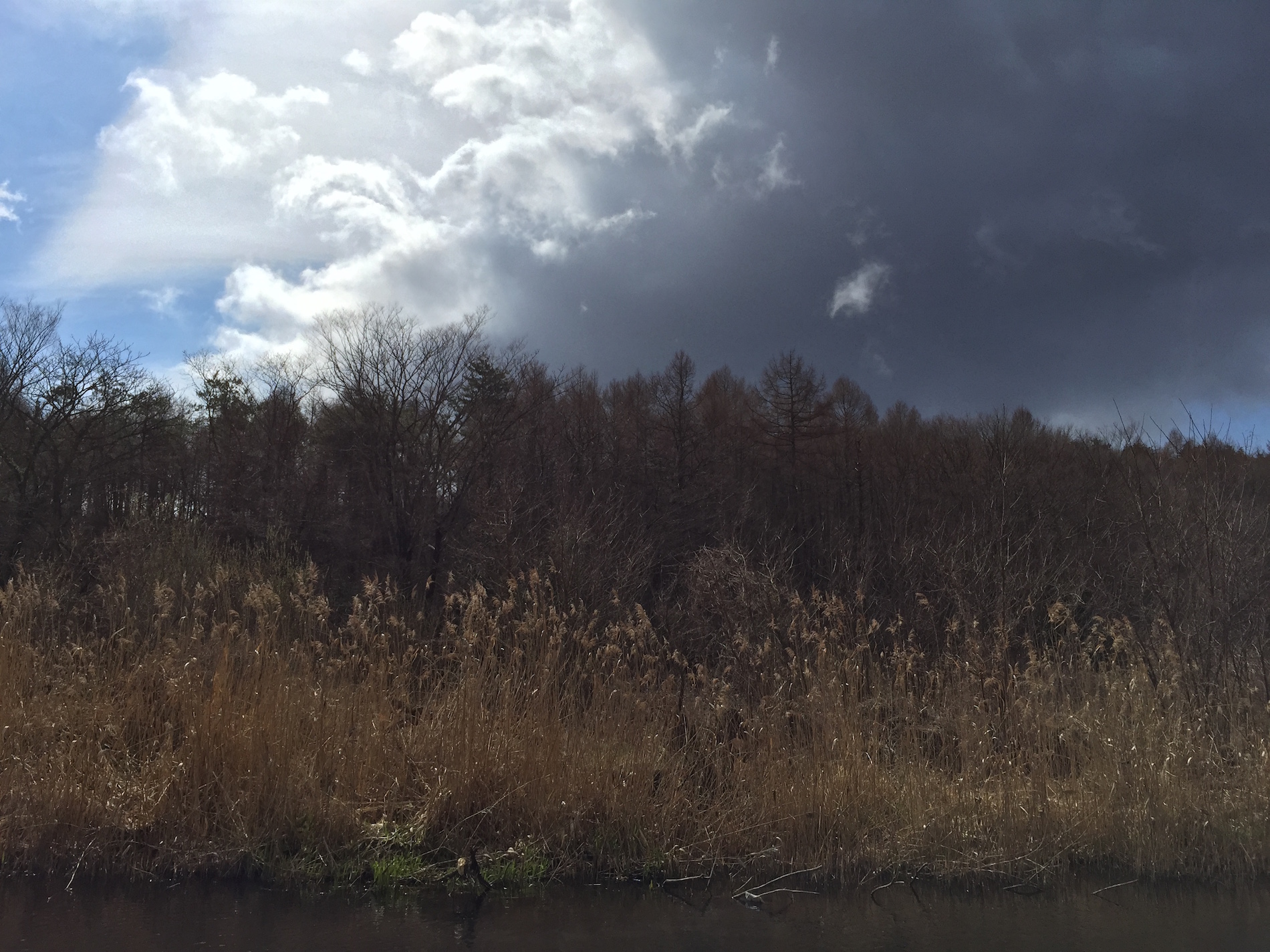 It was a productive day with many fish brought to hand including a very nice Brook Trout. I did not catch any Iwana, Amago, or Yamame though... 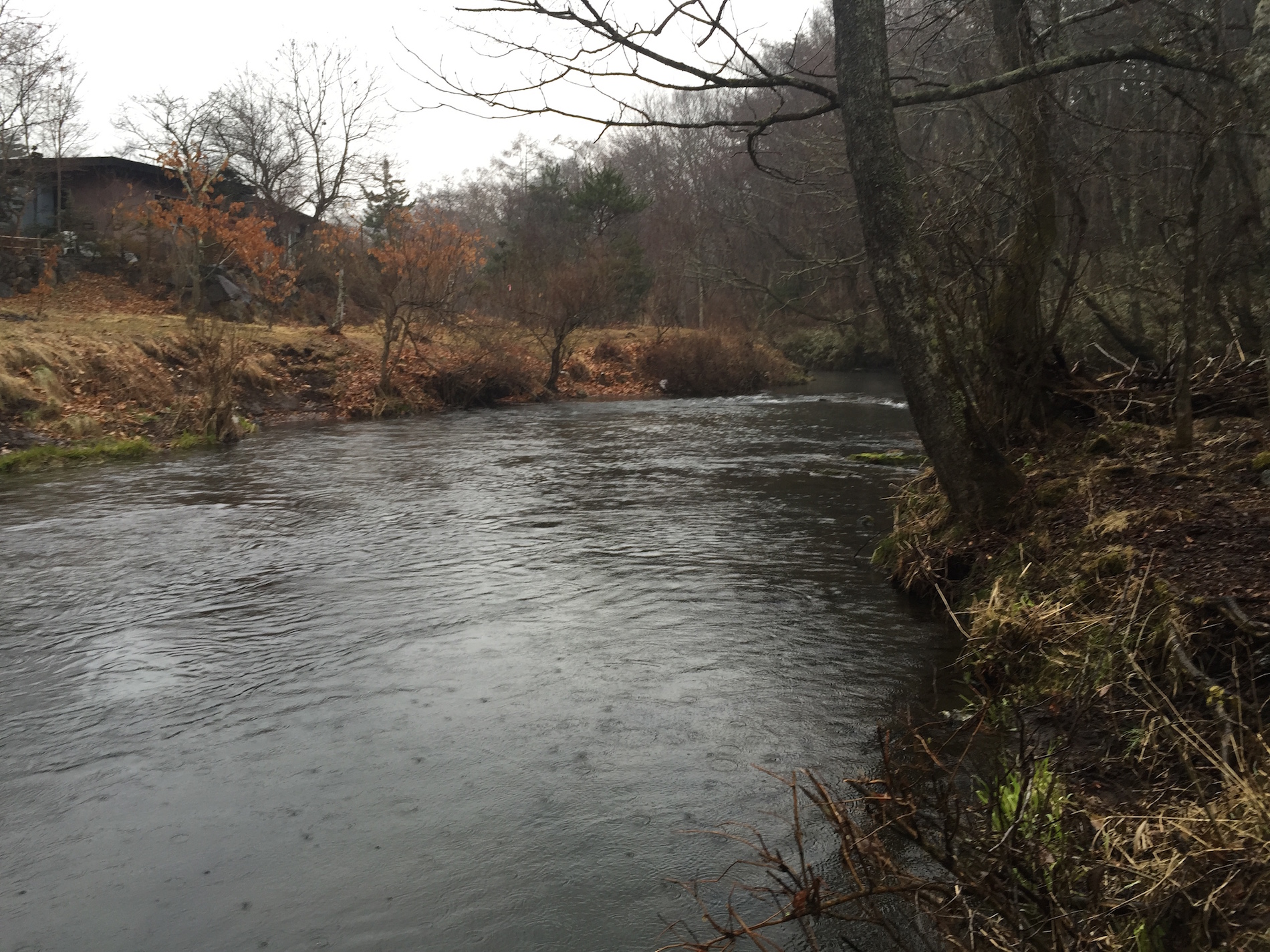 At the end of the day we headed over to Rivers Edge Fishing Store. They have a wide selection of fly fishing gear including a large selection of fly tying materials. The owner was friendly offering all sorts of information and they also have a café with many tables and outdoor seating. They also sell fishing licenses and full season tickets in case you would rather go here instead of Lawsons. They open at 8am M-S. 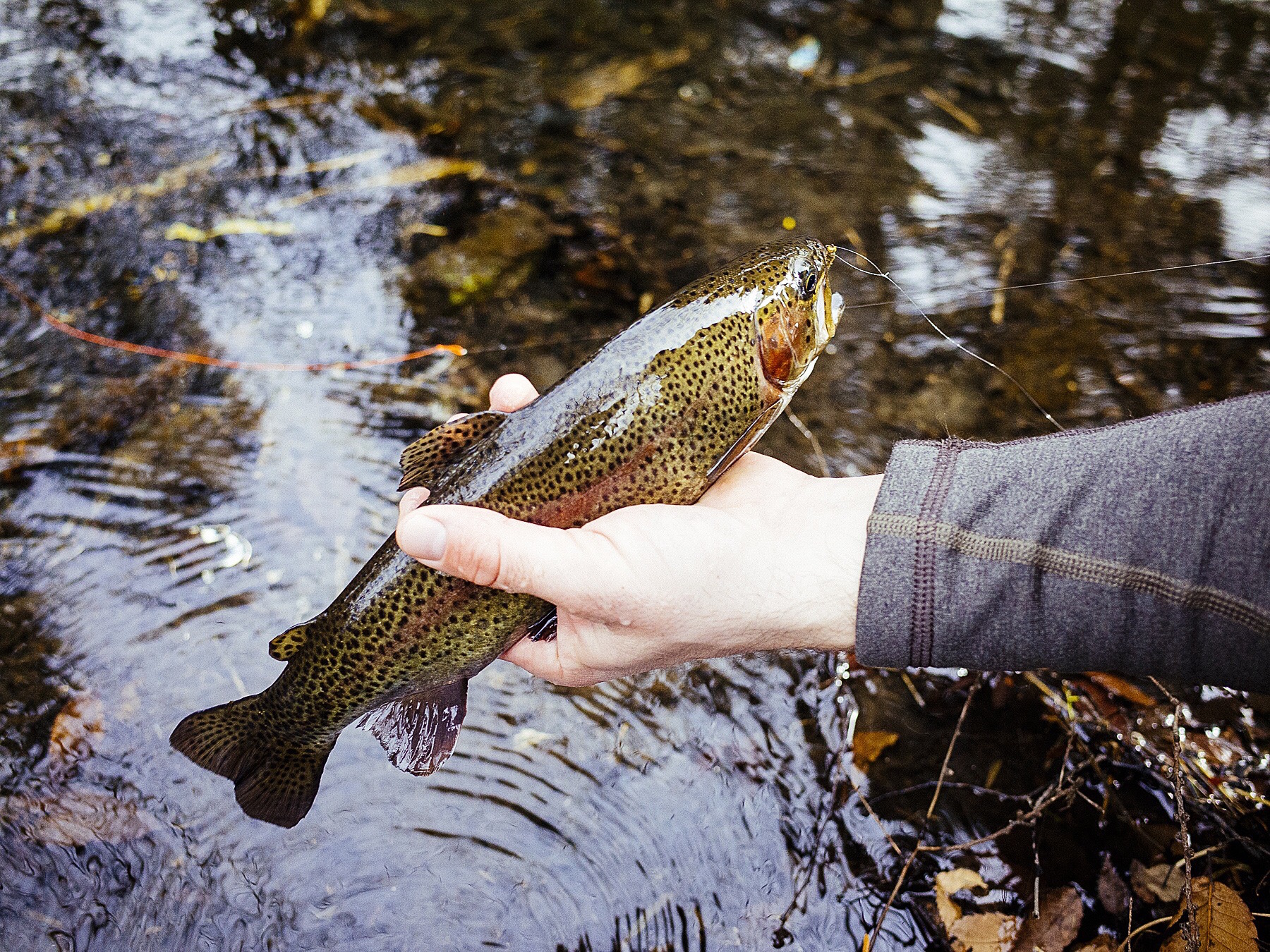