In the mid-Atlantic region of the United States you would be surprised what you can find exploring the little blue lines on a map. When I arrived in Yokosuka Japan I applied the same logic. After hours spent pouring over satellite images, Google Maps street view, and Google Earth I came across Mount Ogusu. Mt. Ogusu is surrounded by a relatively large blank spot on the map. Nothing but forest, a small network of trails, and a few enticing blue lines. I saw the bait and I took it. 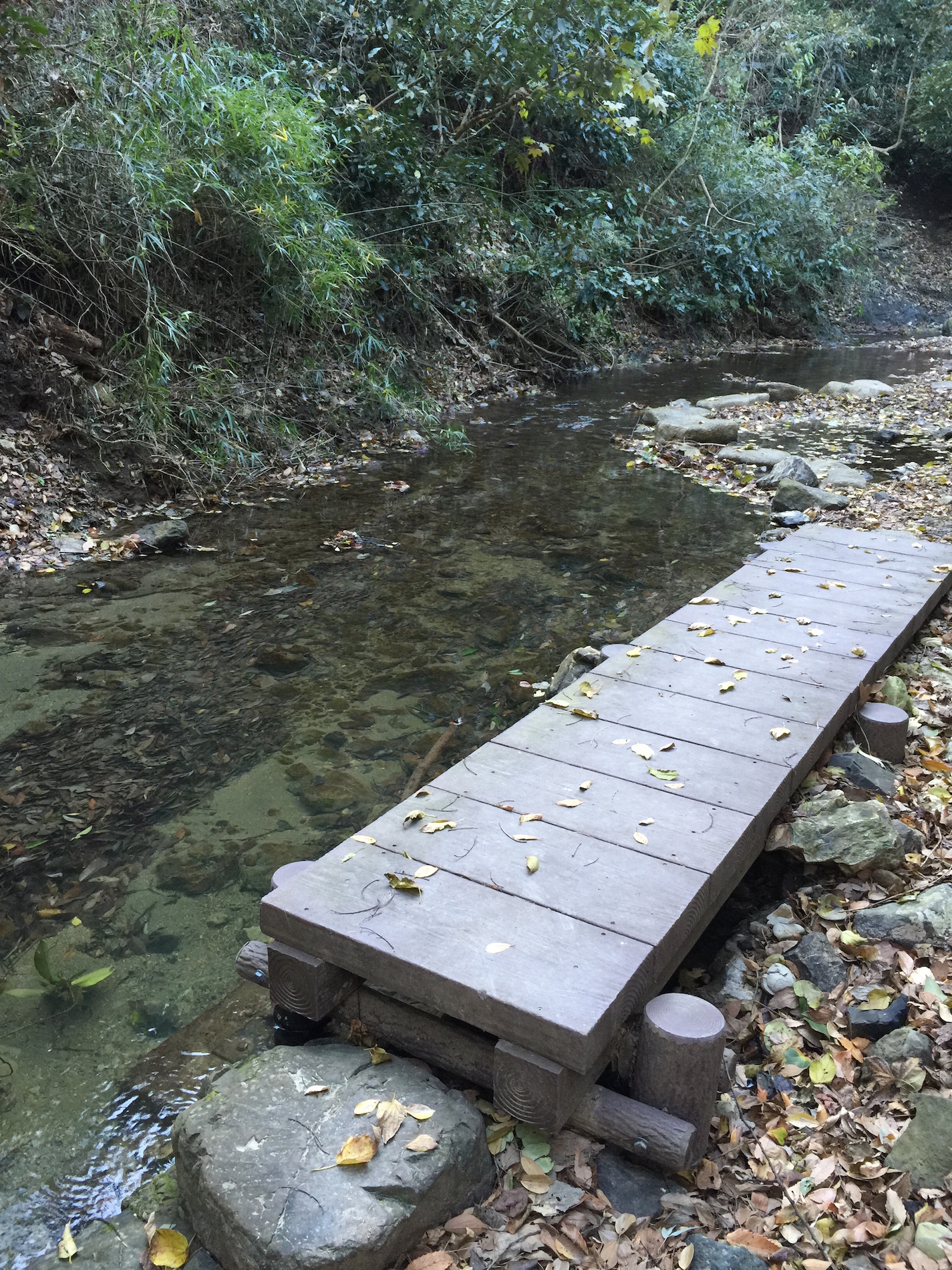 The only problem was that I didn't have a car (yet) and there were no nearby train stations... So I opted to ride my bike to the little blue lines that were beckoning me. On a beautiful, clear, and not too cold December morning I ventured out and after a 15 kilometer ride I made it to the little blue line. From the road I could hear the roar of a waterfall. My excitement was palpable. I hastily picked up my bike and scampered down the trail to the rivers edge. The stream was perfect. Cold and clear with numerous deep pools. Ogusukawa, as I called it but later found out it is called Maedagawa, is a small stream only a few feet wide - and in a few places less than that. There is a trail that criss-crosses the river, often only a few inches from the water, other times it's a few hundred feet above it. 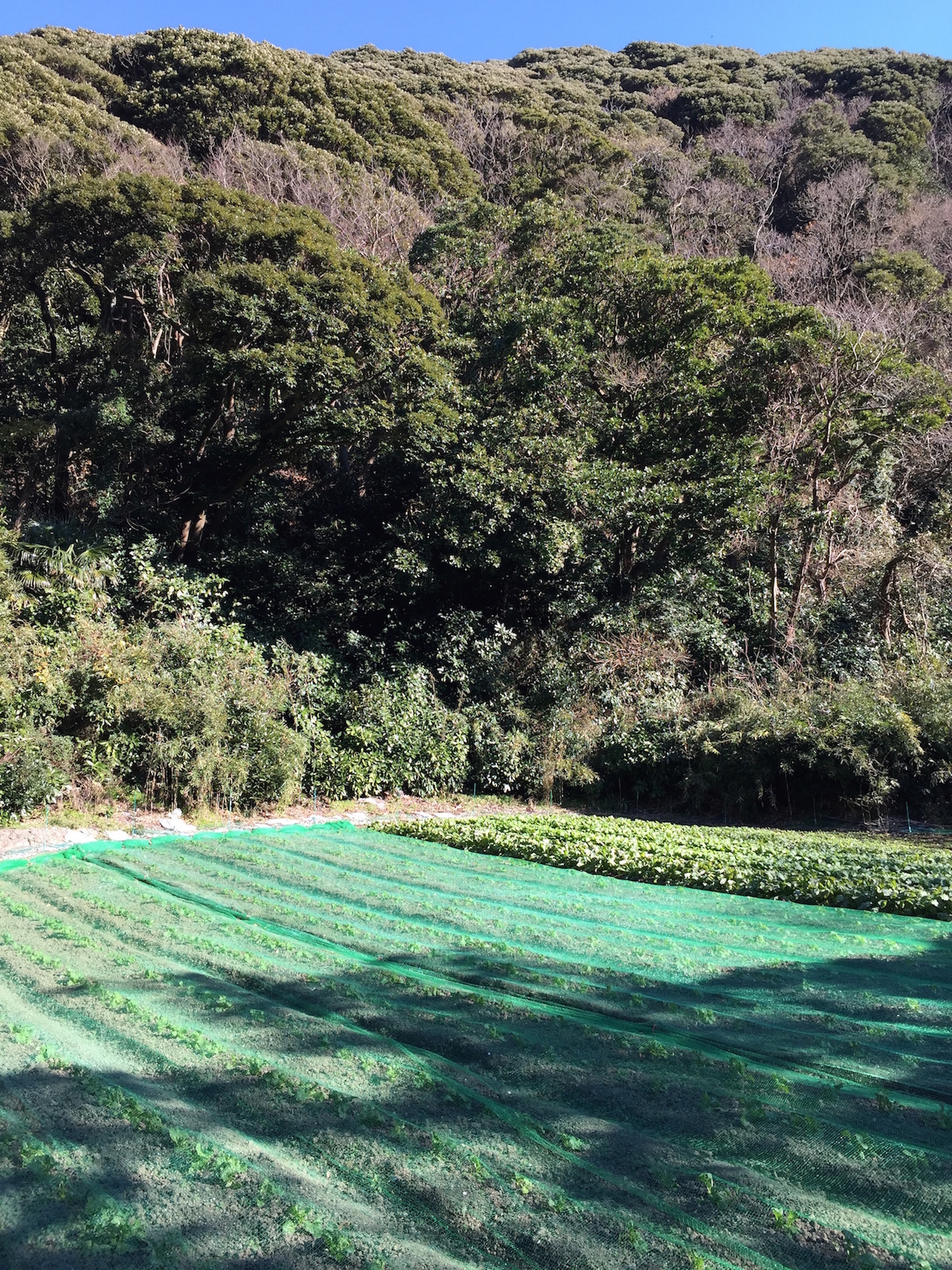 I hastily dropped my lucky kebari into the current. I was rusty. It took a few casts before I could get my fly right where I wanted it. I spent what felt like a few minutes but was probably more likely a half hour fishing one promising spot. Nothing. Refusing to give up, I stalked down the river bank. Crouched. Holding my breath, not wanting to scare the fish away. I had seen several videos and read a lot about Japanese iwana and amago being very easily spooked. The river was perfect for trout. They had to be in here. I fished pool after pool with no luck but continued down stream, towards the ocean, confident my luck would change. 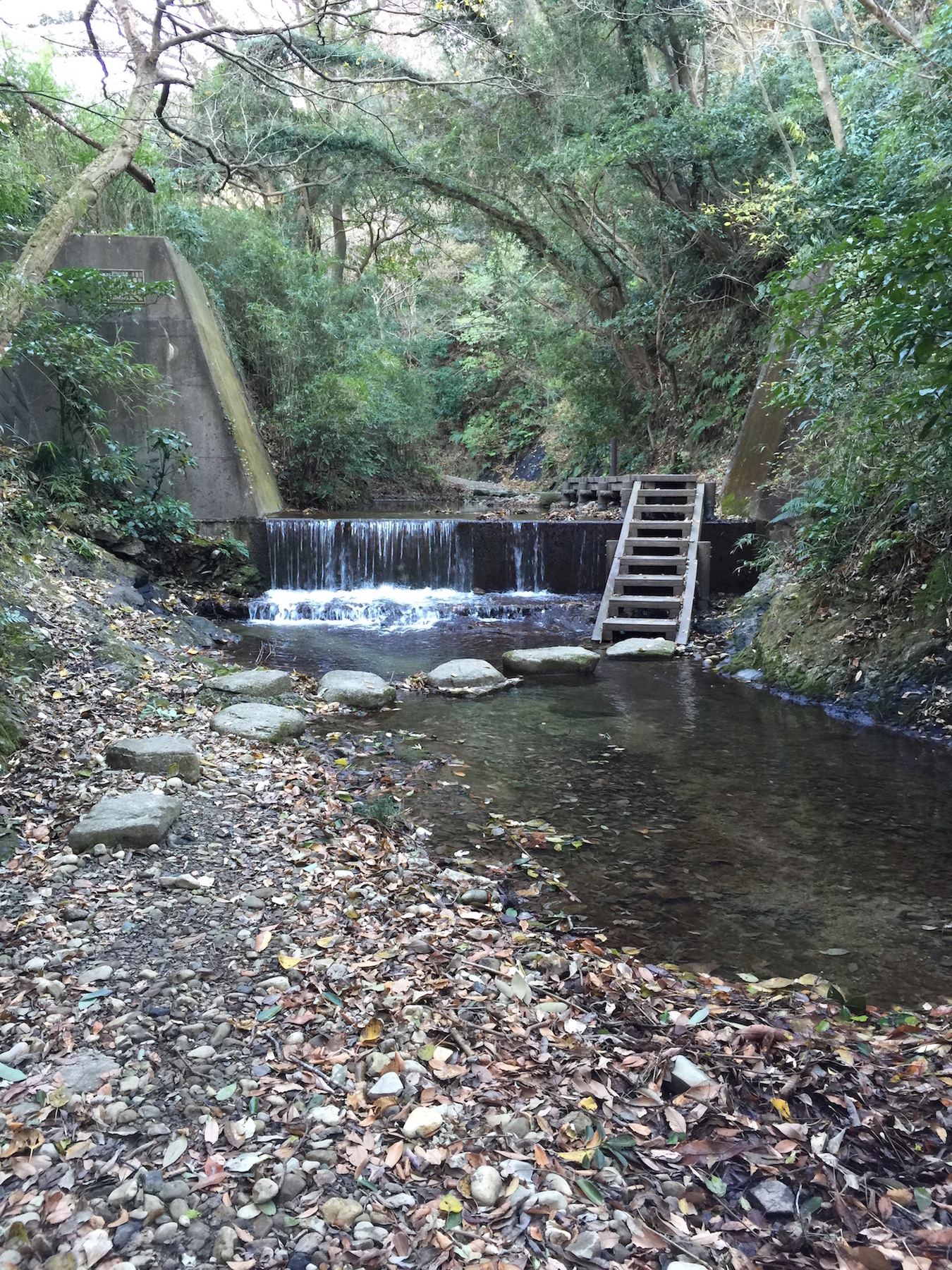 In spots the river bed was so narrow the trail was only passable via narrow wooden foot paths, other times there were perfectly arranged stones for skipping across. After several hours on the Ogusukawa and not a single fish, or even a sign of fish, I had to return to my bike and make the long ride home before darkness set in. 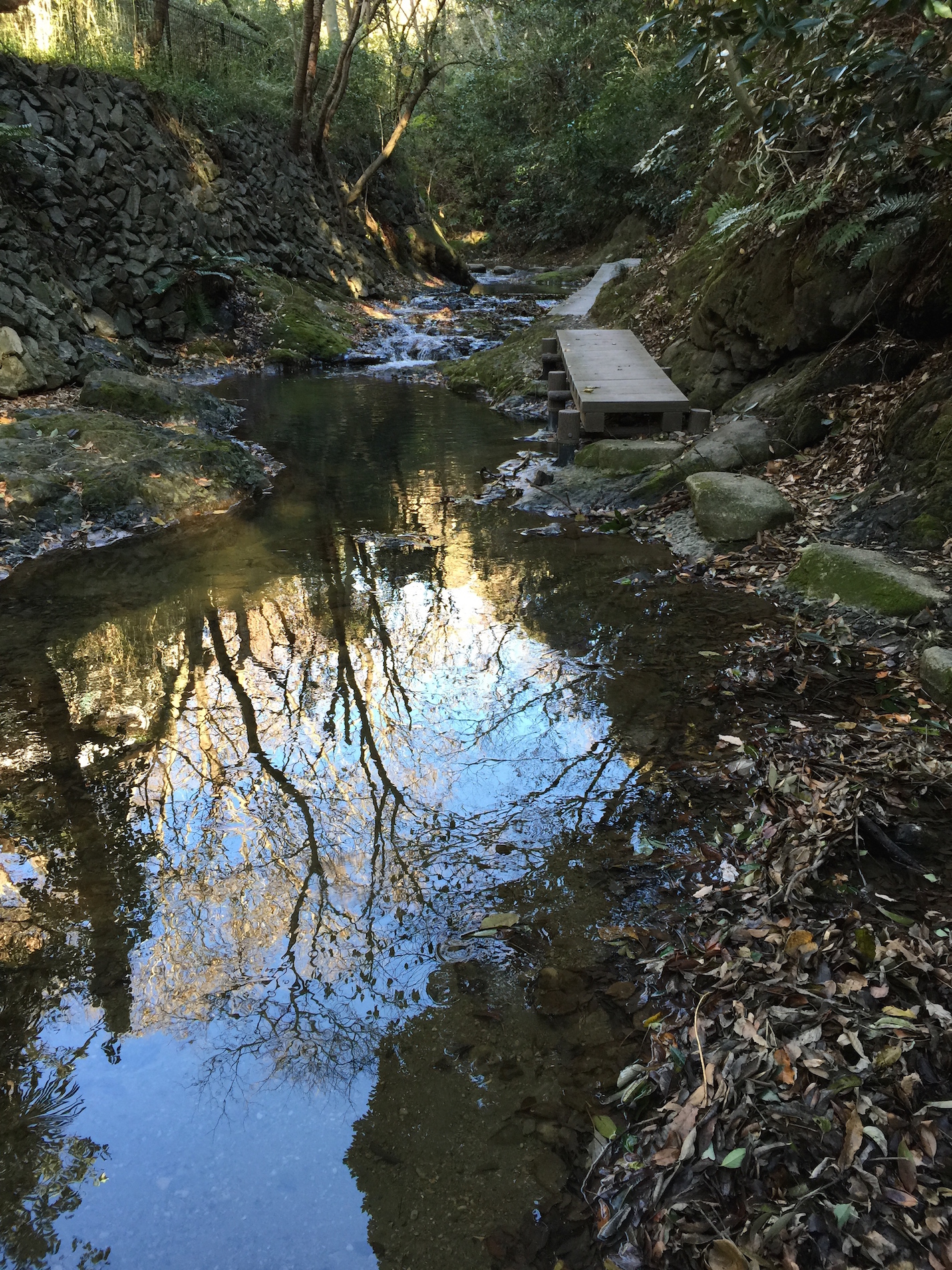 The trails and hiking around Mt. Ogusu are absolutely beautiful and have a remote feel to them. Even if the fishing isn't that great the scenery sure is. I will be back and I'll bring my trusty Tenkara rod. Who knows maybe I'll get lucky next time... 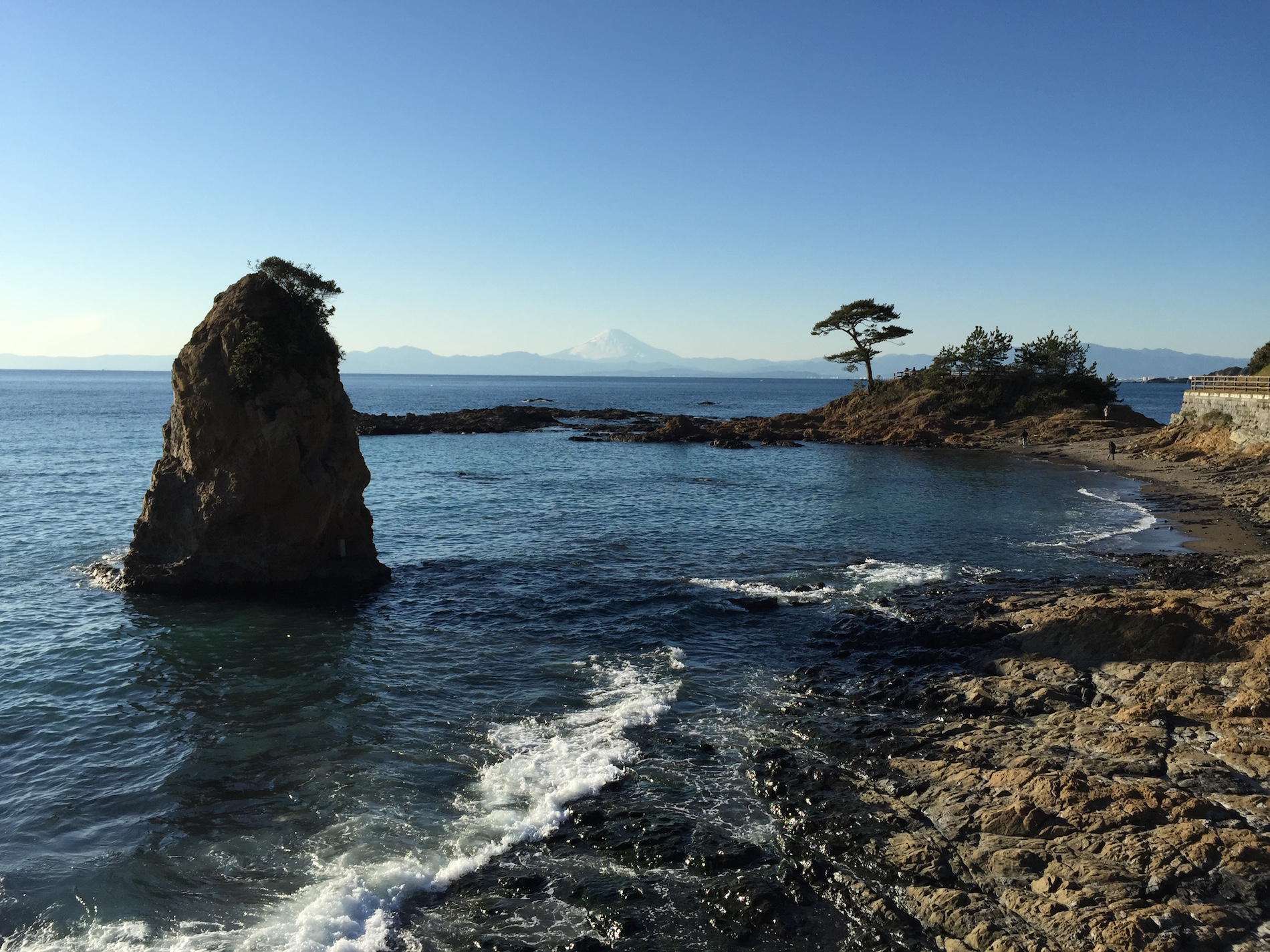 Here is a more recent GPS track detailing the trail system to access Mt. Ogusu from the Hayama side of the Miura Peninsula.