This past weekend the Japan Fishing Show was held in Yokohama at the Pacific Convention Center. A few days prior my friend Go Ishii-san messaged me and asked if I would like to attend. He said he needed some help getting footage for an upcoming episode of Tenkara In Focus episode. He also knew I was in the market for a new Japanese tenkara rod - what better place could one ask for to shop around for a new Tenkara rod!? Obviously I accepted his invitation. 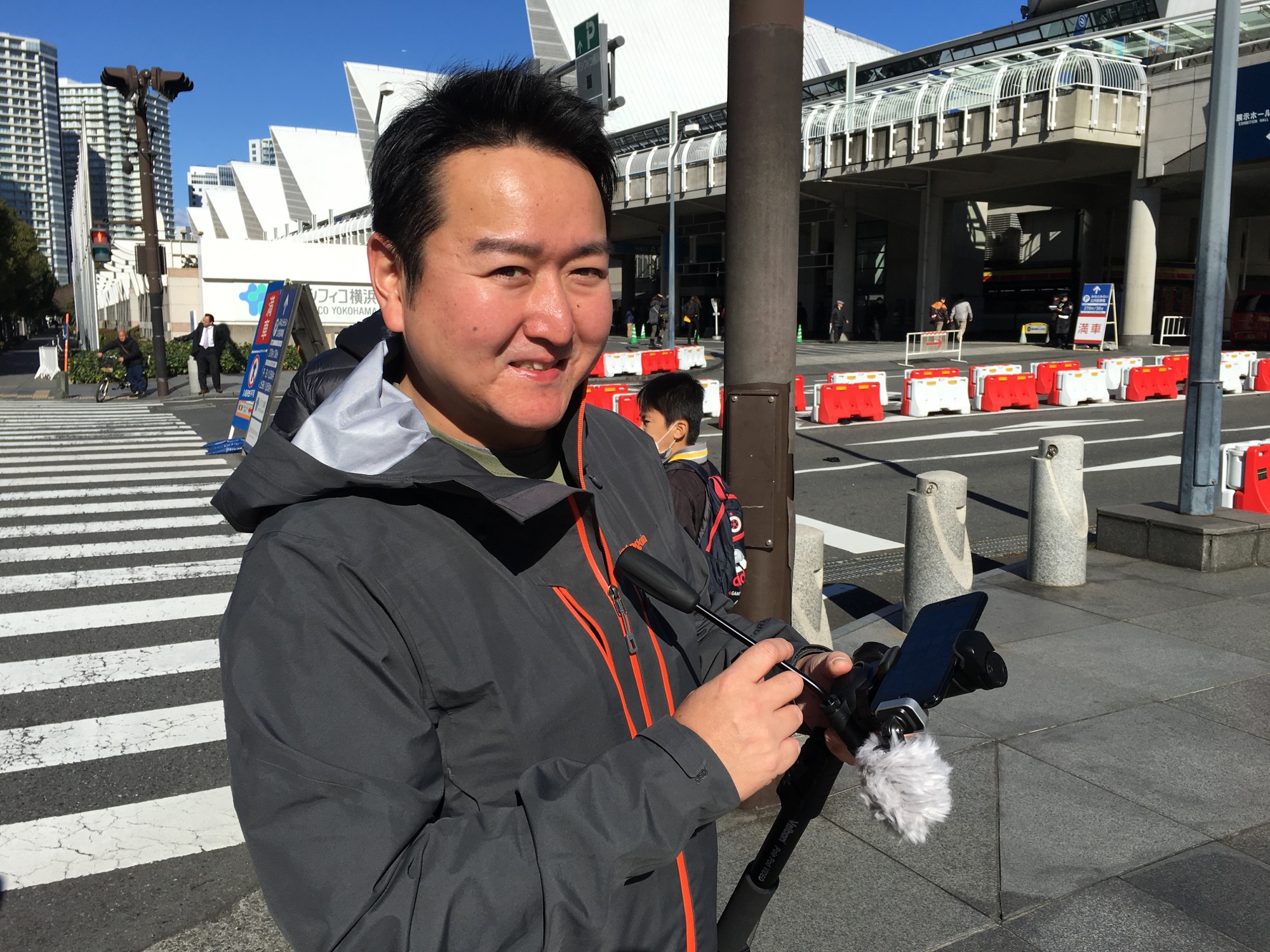 The day of the show dawned sunny and very cold. The conference center was only a 30 minute train ride from home and so in short order I was standing in the massive Pacific Convention Center surrounded by all manner of fishing paraphernalia. It was an anglers (of any bent) dream come true. There was gear everywhere - a massive forest of rods, decked out fishing vans, kayaks, SUPs, various regional tourist destination booths, a pond filled with Rainbow trout for the kids to fish in, a dance troupe, demos, give-aways, and an epic food court. 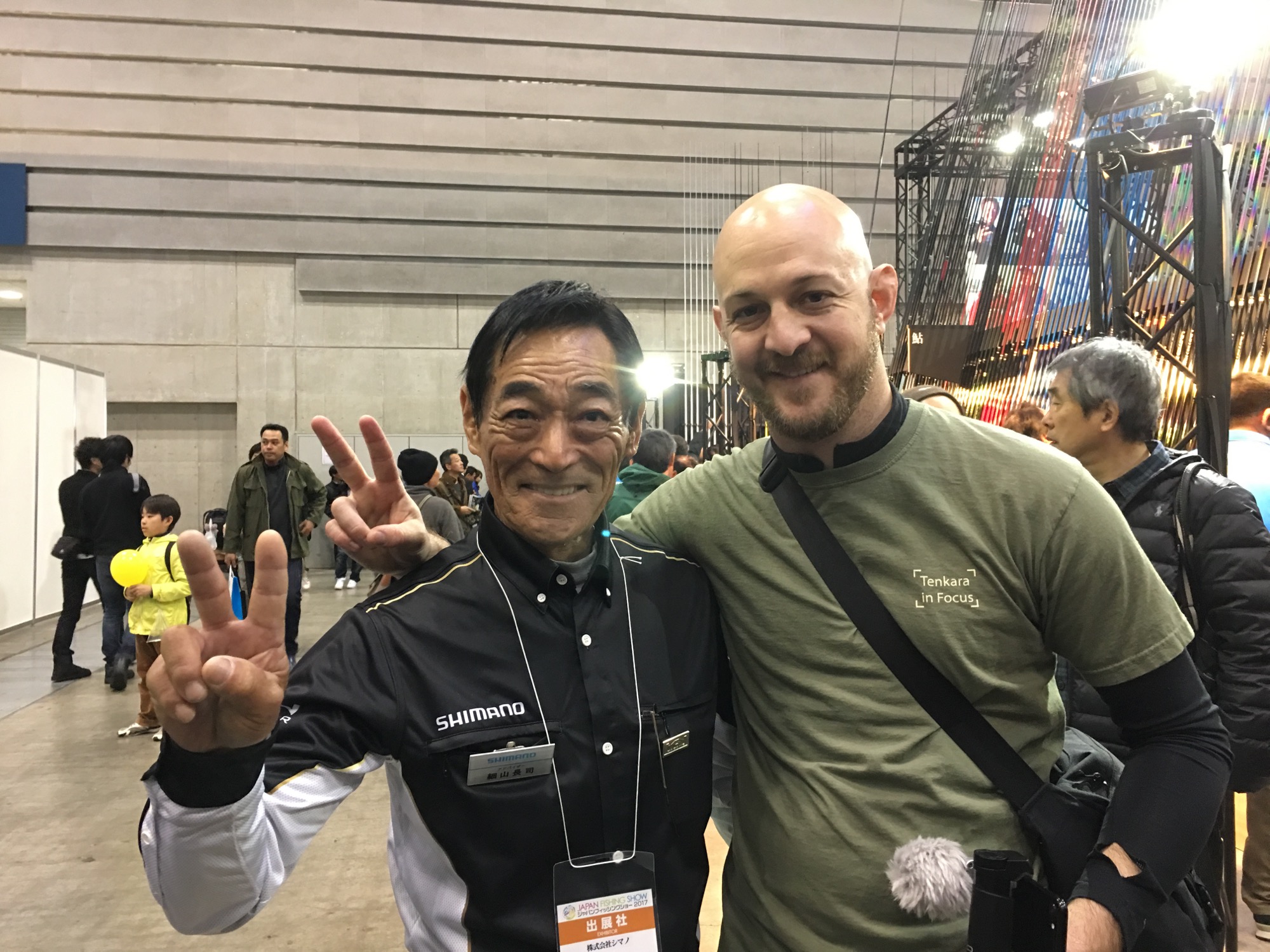 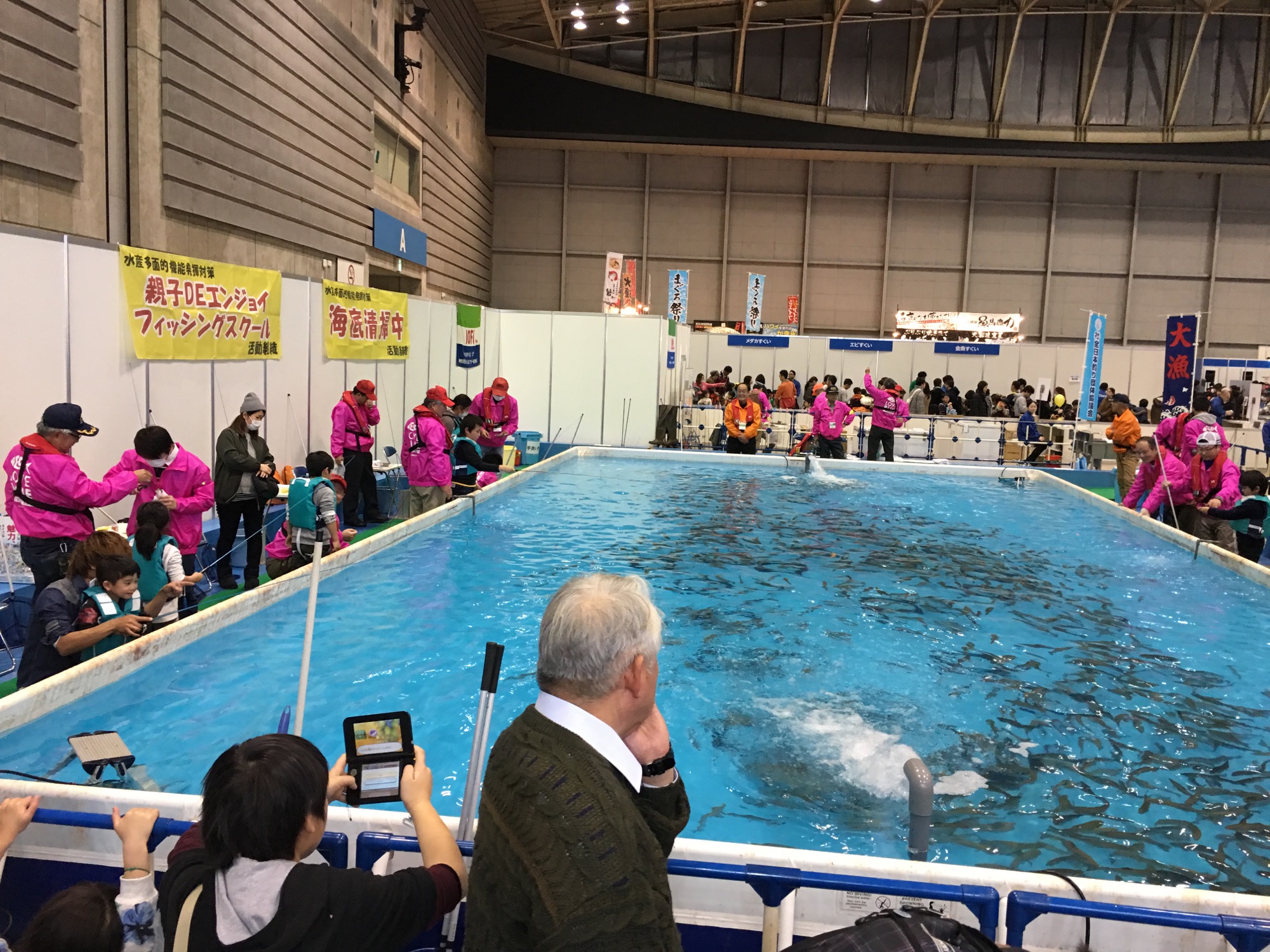 I got to play with a bunch of Tenkara rods from Shimano, Tenryu (that TF39TA sure is sexy!!), Daiwa, and Gamakatsu to name a few. There were even a few fly tiers from many regions of Japan offering not only trout flies but Ayu flies as well. Many of the fluorocarbon and nylon line manufacturers were on hand too. And of course I got to rub elbows with some famous anglers. 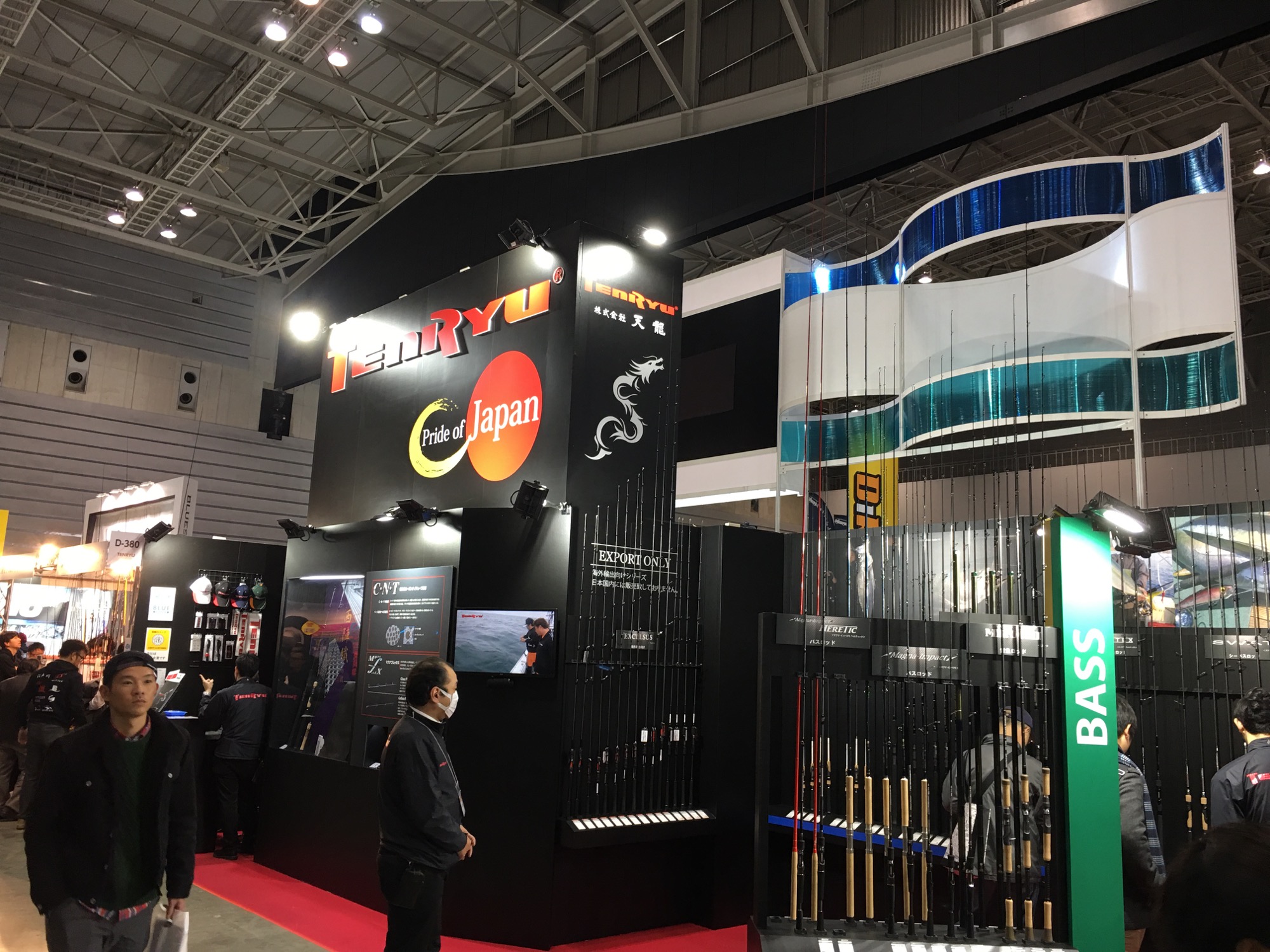 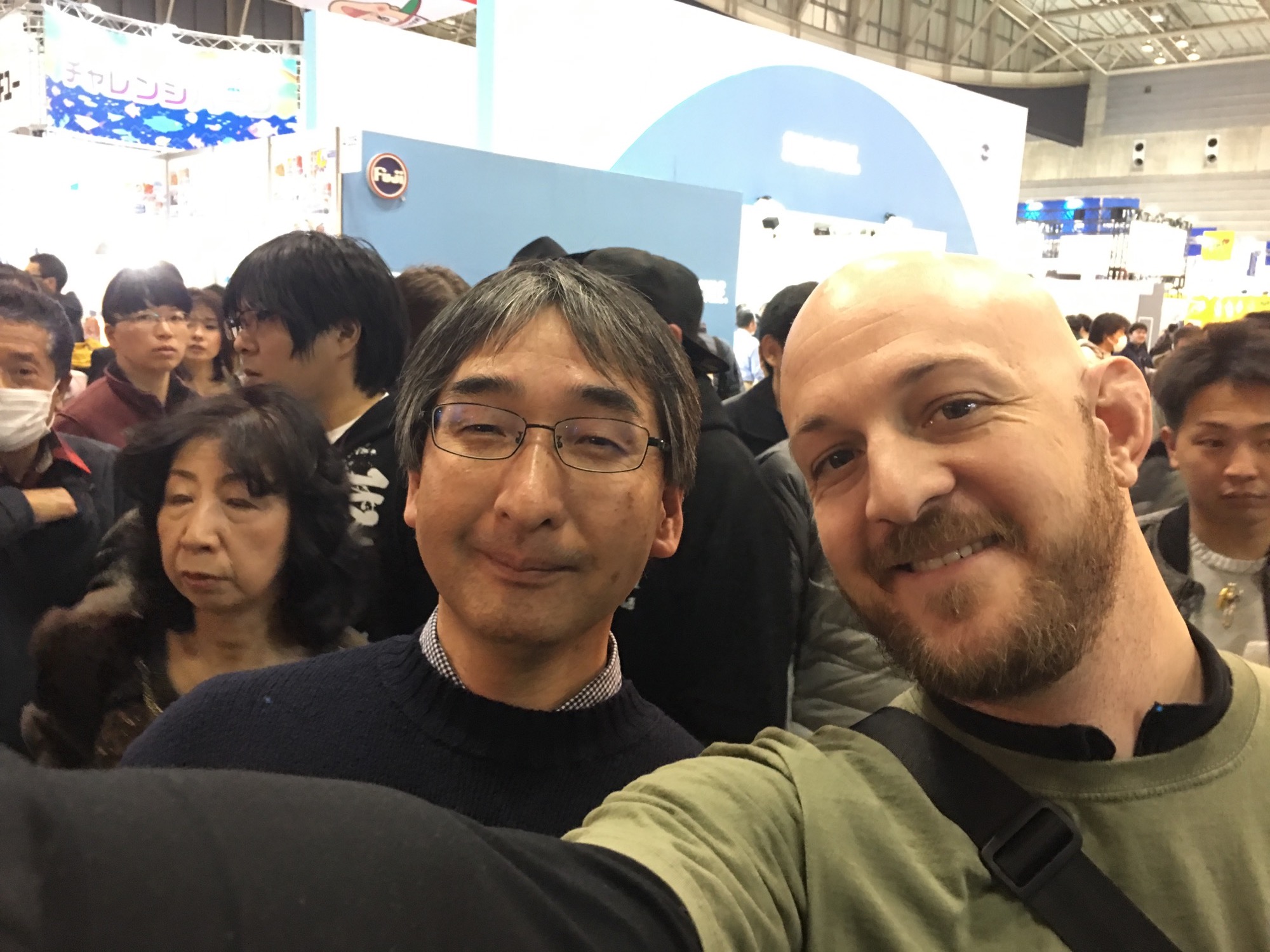 After the show the Sebatta-san gang went out for a delicious dinner - I had to duck out of the festivities a little early though due to newborn baby duties. 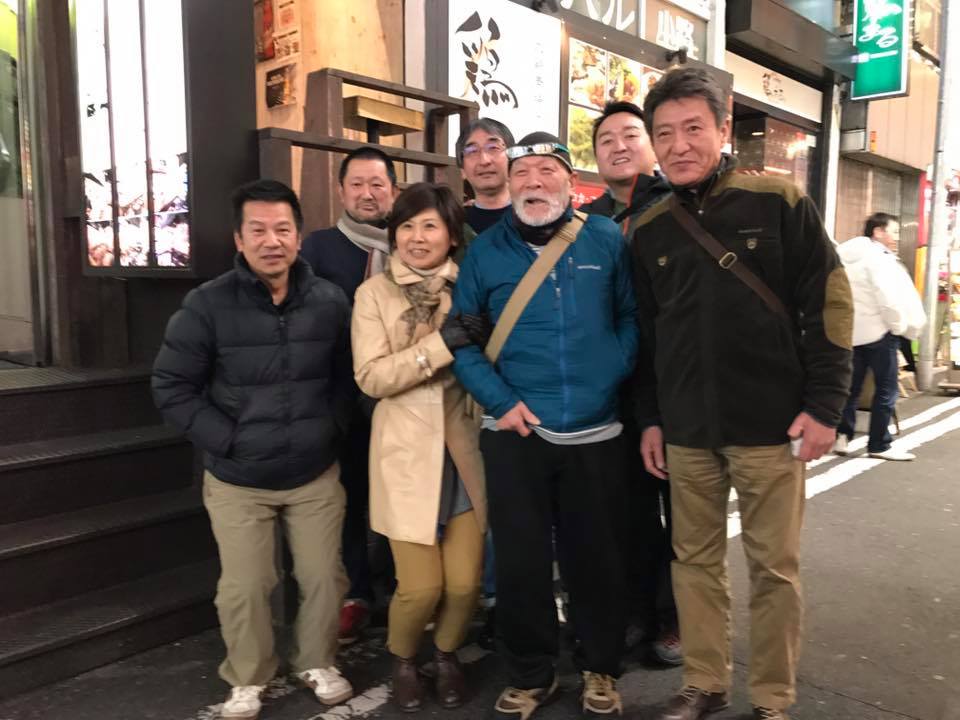 Overall, it was an amazing experience made even better by the great company. You can look forward to a more in depth report from Tenkara In Focus coming soon. 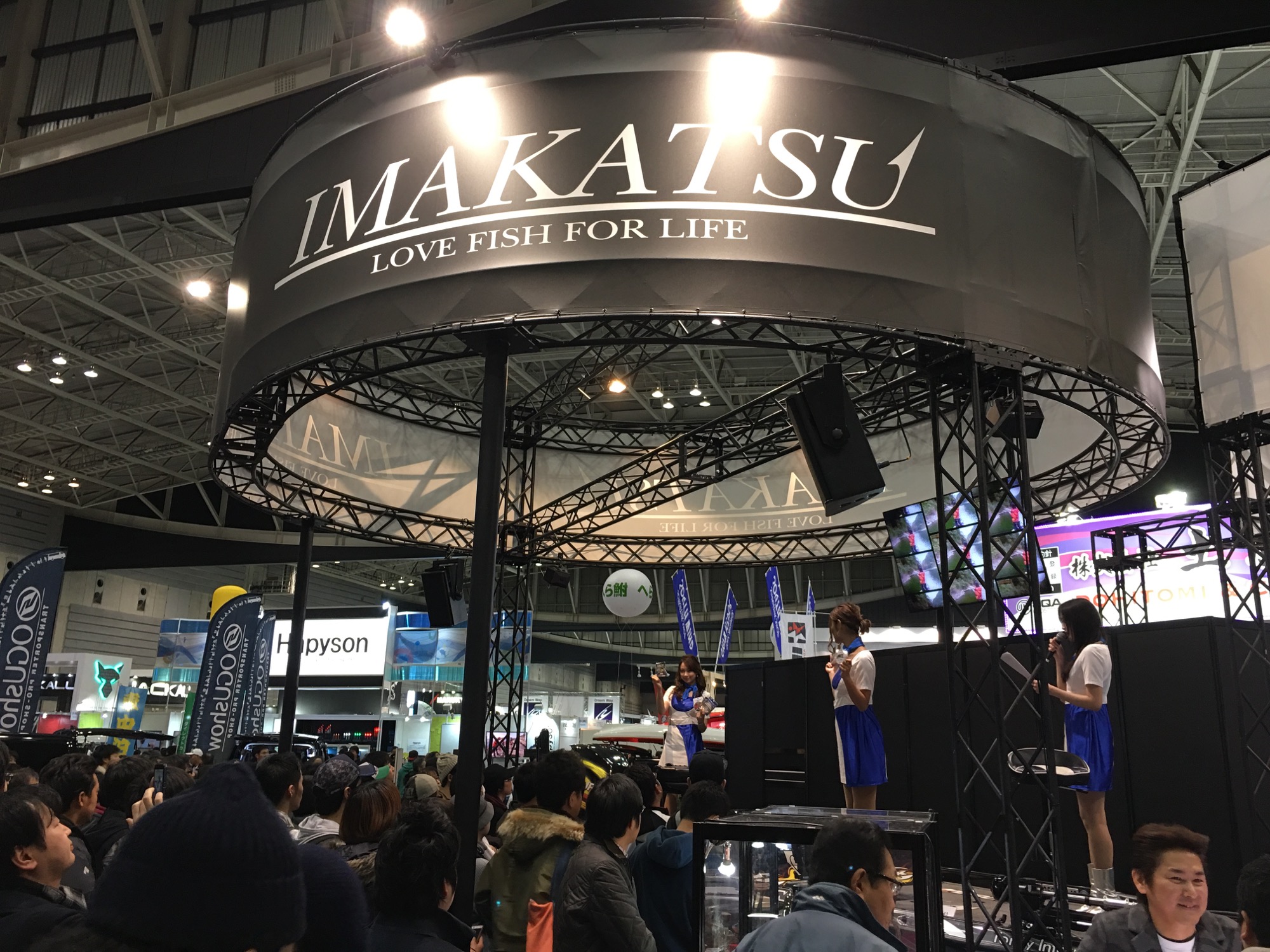 Hey Isaac, I just noticed you have a picture with Mr. Hosoyama Chōji [細山長司さん]. I first became aware of him when someone posted, in 2010 I think, a link to him fishing in British Columbia. Which at the time some people confused with Tenkara fishing. I believe he passed away not long after the fishing show, in May 2017. But I did not know he was also a tenkara angler until I recently found an interview of him on the nepenthes website. He modified a hae rod for his tenkara rod, and liked white caterpillar kebari. Just wondering if you discussed his tenkara fishing?

Hello David - I did not get a chance to stop and talk with him. He had already been stopped by a few people and you could tell he needed to be somewhere, still he was very polite. I am sad to hear that he has passed away, he was one of the great Japanese anglers. Thanks for sharing the information you found about him. I had never heard of the white caterpillar kebri until now. Some more research is needed to determine ingredients so I can tie my own Chōji-san caterpillar kebari.

Oh man, A missed opportunity. I still regret not going to the Winston-Salem FF show three years ago. It was only another 80 minute drive to see a friend I served on a submarine with for 4 years, and we remained friends for the next 36 years. I knew he was ill, two months later and after more than a month getting no replies to emails I called him. Only to have his brother answer his cell phone & discover he had passed away a month earlier. Another is Mr Peal. Father of a high school classmate. Highly decorated Higgins boat driver in Europe during WW2. Which had enough pull to get his son, into the Naval Academy, and a granddaughter there now. I had been thinking of going to see him for a couple of years. Seems we always have a place we need to be.

Anyway. do an internet search with 細山長司さん and you will find his Wikipedia page. Credited with pioneering a lot of mainstream fishing methods and equipment. Actually when I tried to search with his name Google came back with this suggested search phrase [ 細山長司さん死去, Mr Hosyama Chōji died] . The interview list he used 2 kebari patterns. Brown System/series Sakasa kebari, (or tea colored) and the White System Caterpillar kebari [ 茶系の逆さ毛バリと白系の毛虫毛鉤を].

It would be cool if you were able to talk more with Mr. Hayashi Kenzō「林謙三さん」and get one of his hand tied or tied in hand, Akiyama Village tradition kebari 秋山郷風伝承毛鉤. I have found my clones of his pattern Fish Approved.
Anyway, thanks for replying...