“Genryu” is the most upper part of a river, even upper part of “keiryu(mountain stream)” and here in Japan [the] image of “Genryu” is always with fast flow of gin clear water running through big rocks in a beautiful valley surrounded by flourishing forests of the mountains. 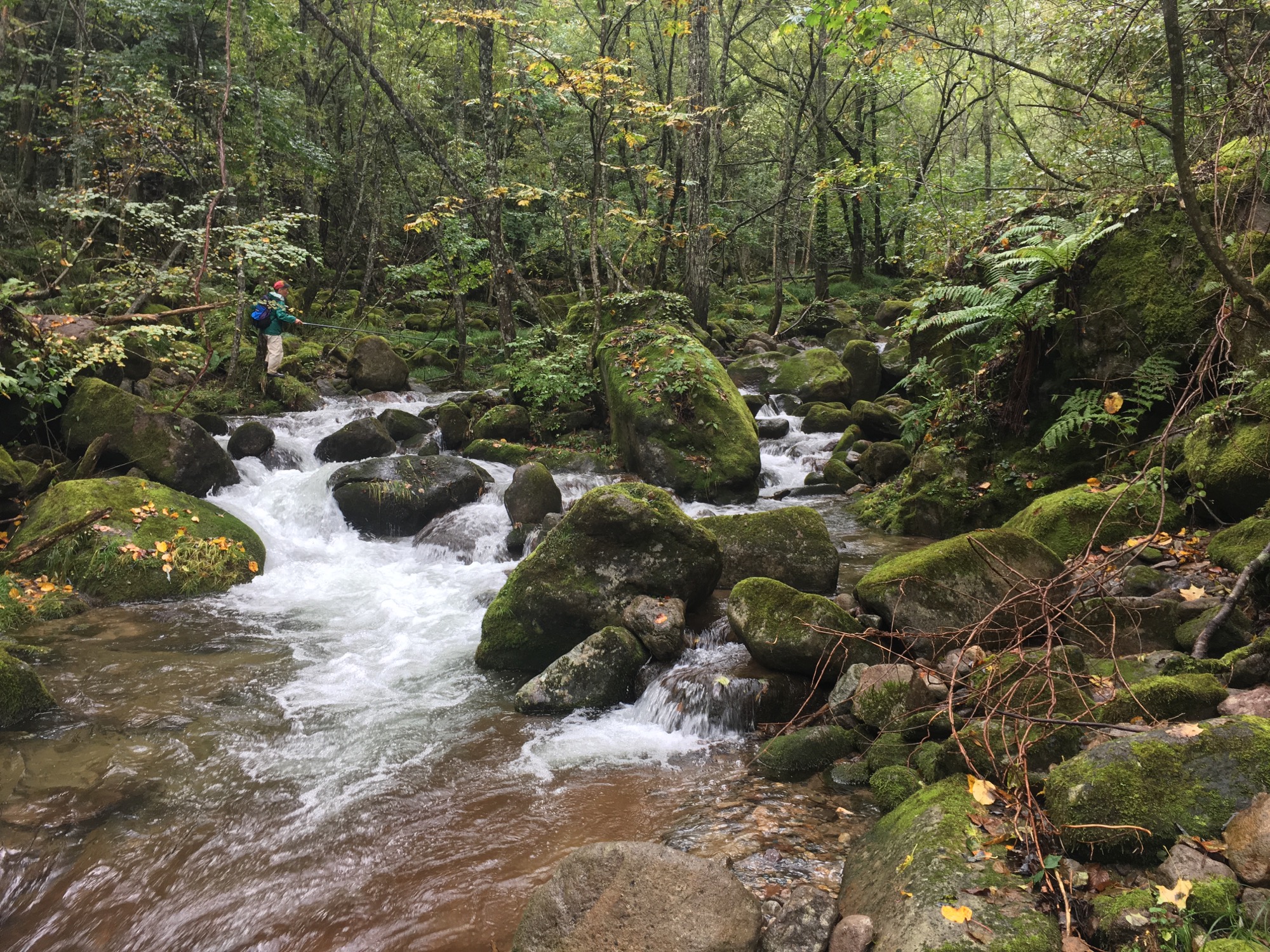 You can find Genryu (it is pronounced g-en [as in Ken but with a 'G' or Again without the 'A'] roo) pretty much anywhere there is a mountain in Japan (Japan is 80% mountains so there are a lot of genryu). Unfortunately they are some of the more threatened waterways in the 'Land of the Rising Sun'. A lot of the genryu tend to be over-fished and consequently there just are not very many, if any fish left. A general rule of thumb in Japan is that if the fish is longer than 15cm (a length typically achieved in one season of growth) you can take it home. A good sign you are fishing a heavily pressured genryu is if all the fish are tiny. This is because none of the fish live through a season. The biggest threat by far though is the Japanese affinity for dams. There are over 100,000 dams in Japan and it has really hurt the fish populations, especially in the genryu. So, while there are genryu all over Japan finding ones that have not been decimated by the lack of a catch and release culture and dams can be challenging. 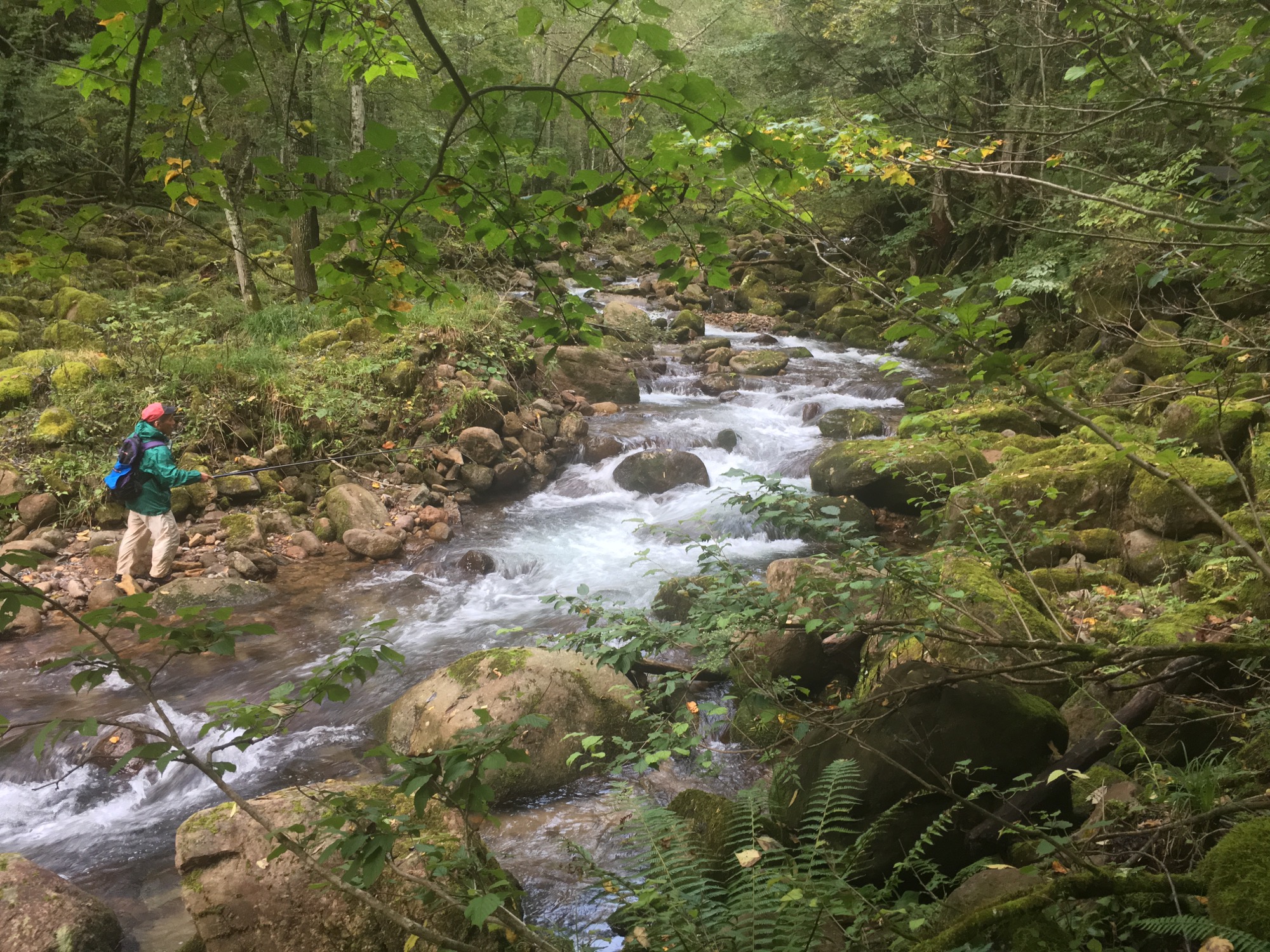 I had a great conversation with Go-Ishii about this during my visit to Aizu. One thing he told me that I found very encouraging was that foreigners (those who are not Japanese citizens of Japanese ancestry) have a real opportunity to fast track a revolution in how the Japanese view fish, angling, and proper land stewardship. It seems hardly a week goes by that I do not get an email, read an article, or watch a video about how dams are being torn down, river habitat restored, and native fish are being reintroduced into areas throughout the United States of America (and Britain too). While there is a lot of work left to do and a lot of battles to still be fought, it is encouraging to see a nation waking up to the realities of how several centuries of un-checked greed has damaged their precious resources. If this attitude of protecting the land and its natural inhabitants is just getting on its feet in the "west" it has barely been conceived in Japan. 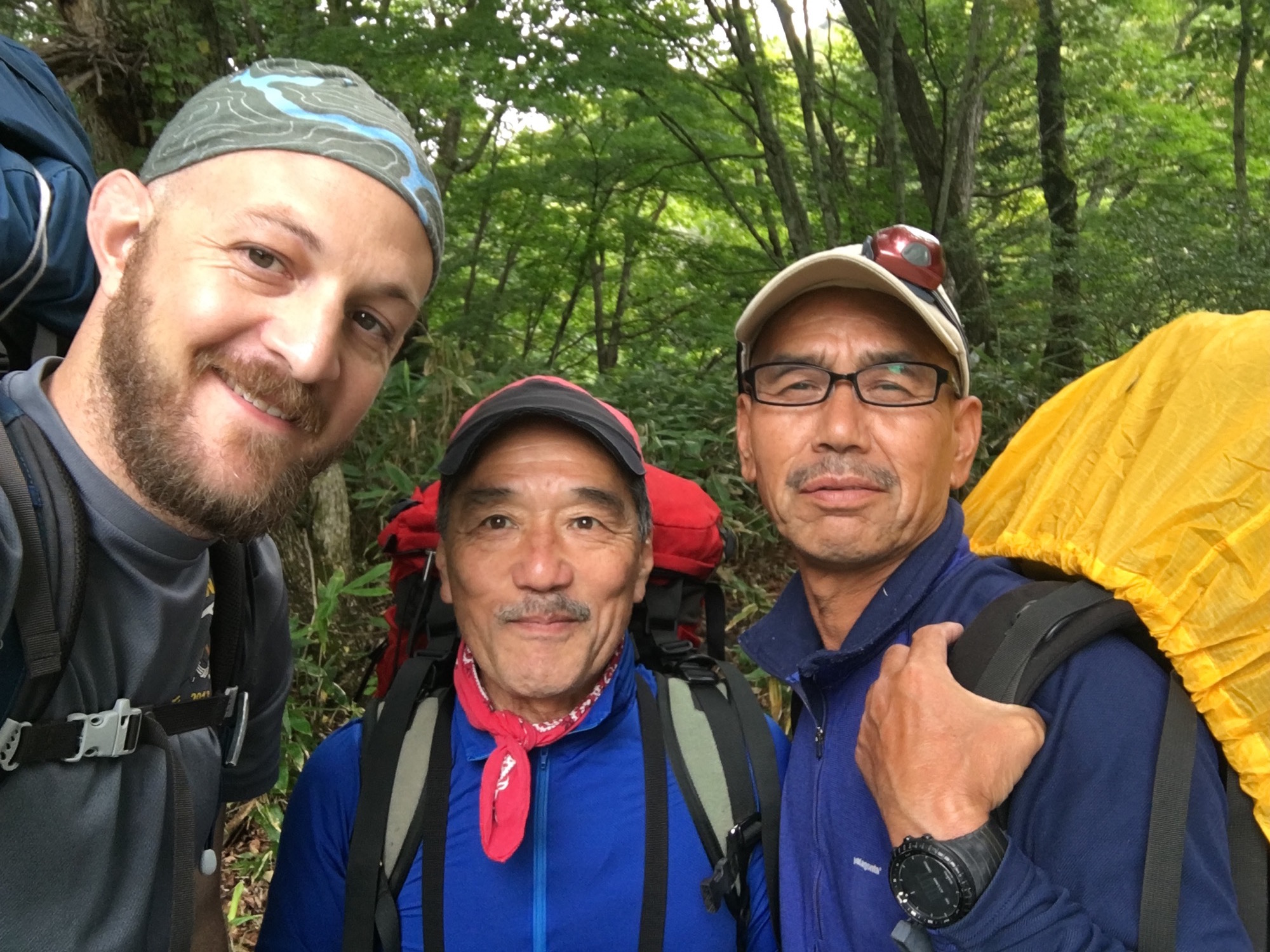 In my article "Conversing In Japanese" which was featured in the Fall 2016 issue of Tenkara Angler, I said that I "believe[d] that every Tenkara angler should make a pilgrimage to Japan not just for the fishing but to immerse themselves in another culture. Too many of the problems currently facing the “west” today, could be easily resolved with a little perspective, grace, and respect. Something that Japan, its people, and its culture can offer in spades." While there is definitely something we can learn from visiting (or even better living for awhile in) Japan there is also something we as anglers can teach them. Namely the merits of catch and release (along with proper handling of fish during the release process) and how to be good stewards of the land through habitat restoration and realizing the consequences of the unchecked construction of dams, bridges, tunnels, and roads. 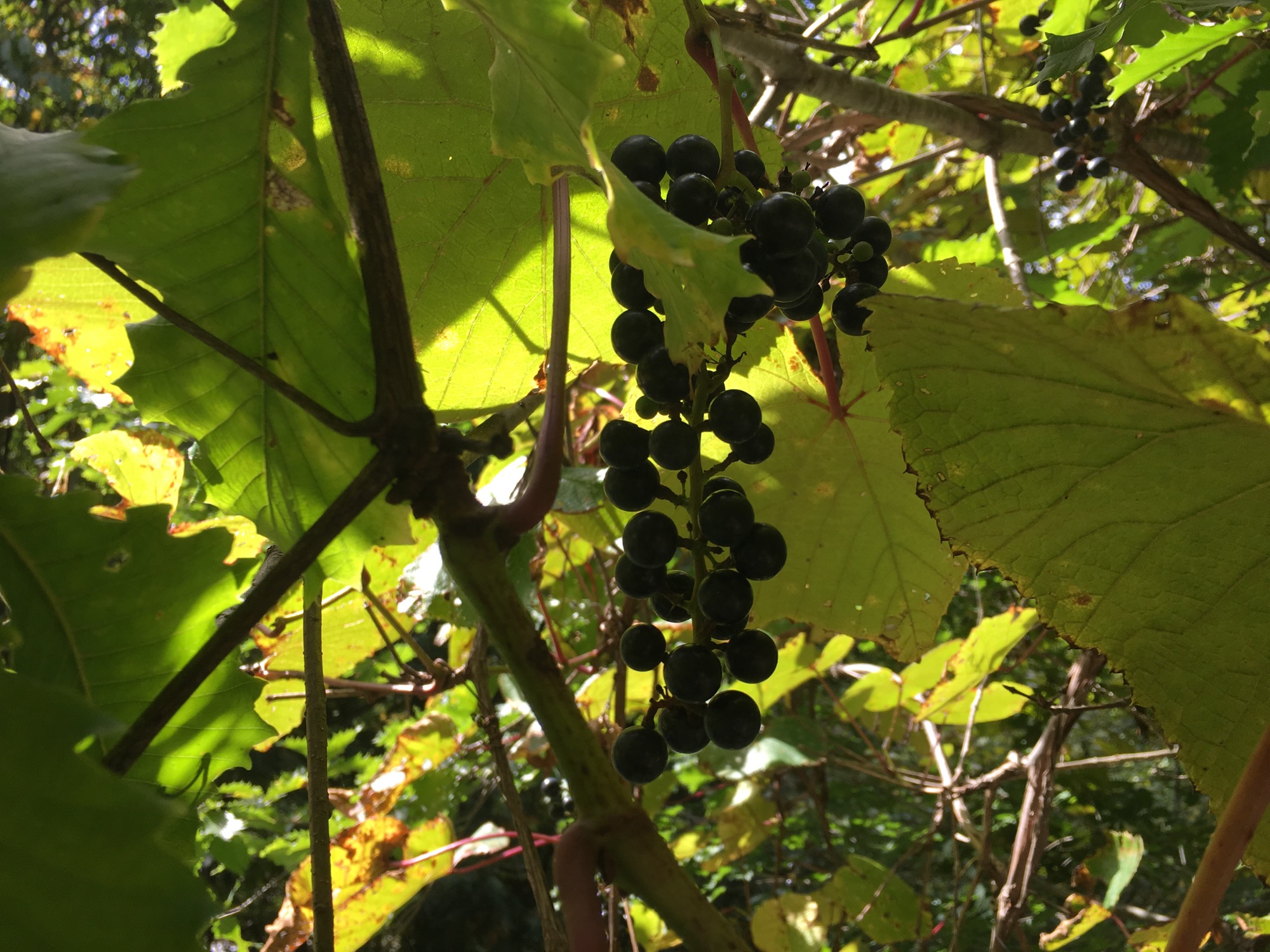 Now just so you know, there are a lot of genryu with plenty of fish near heavily populated areas like the Kanto Plain (where Tokyo resides), you just have to be up for an adventure to get there. If the access is easy, then the area will most likely see a lot of angling pressure (this is true though on every continent). So, strap on a pair of sawanobori shoes, throw a rope in your pack, and be prepared for some excitement. 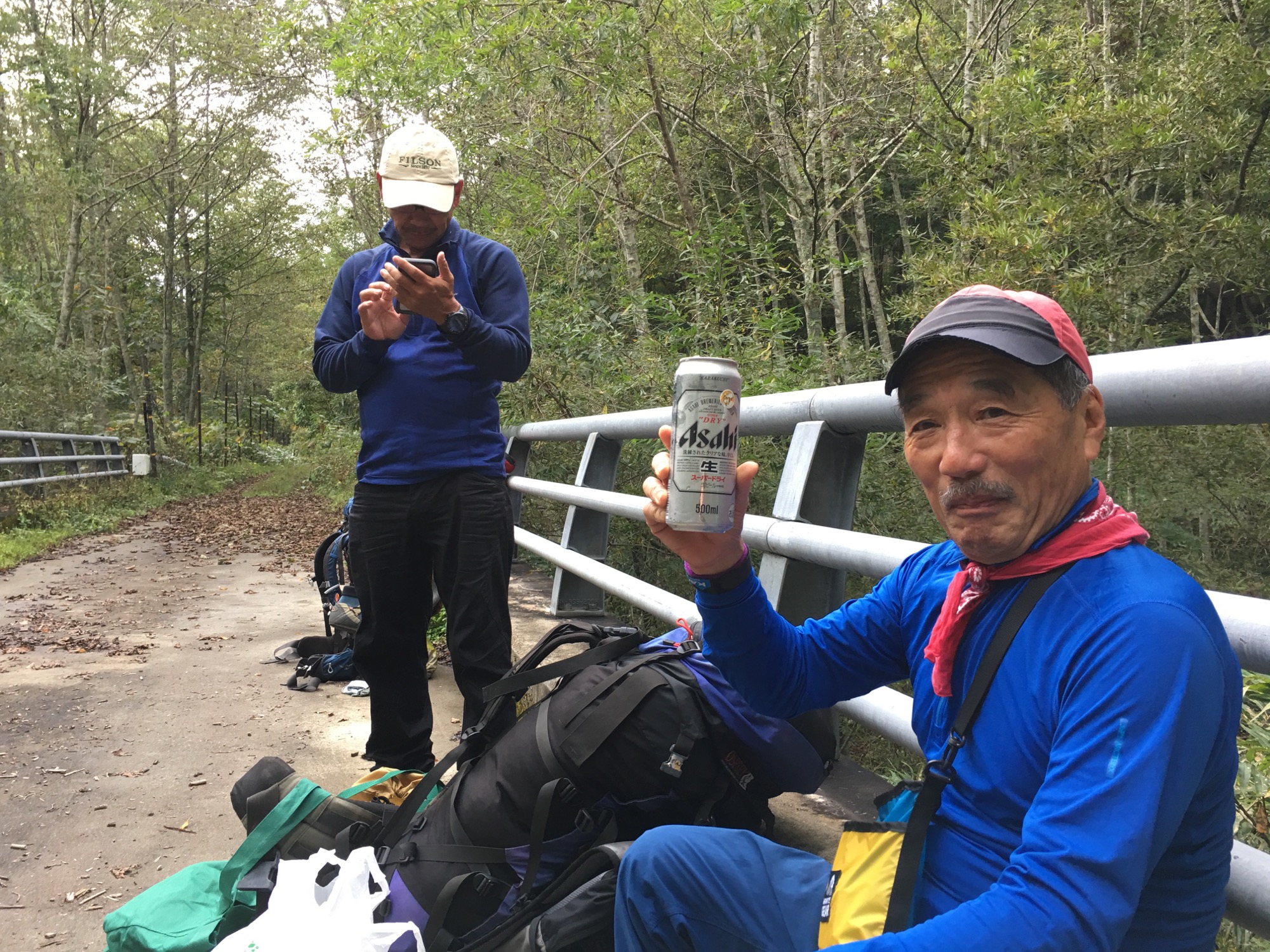 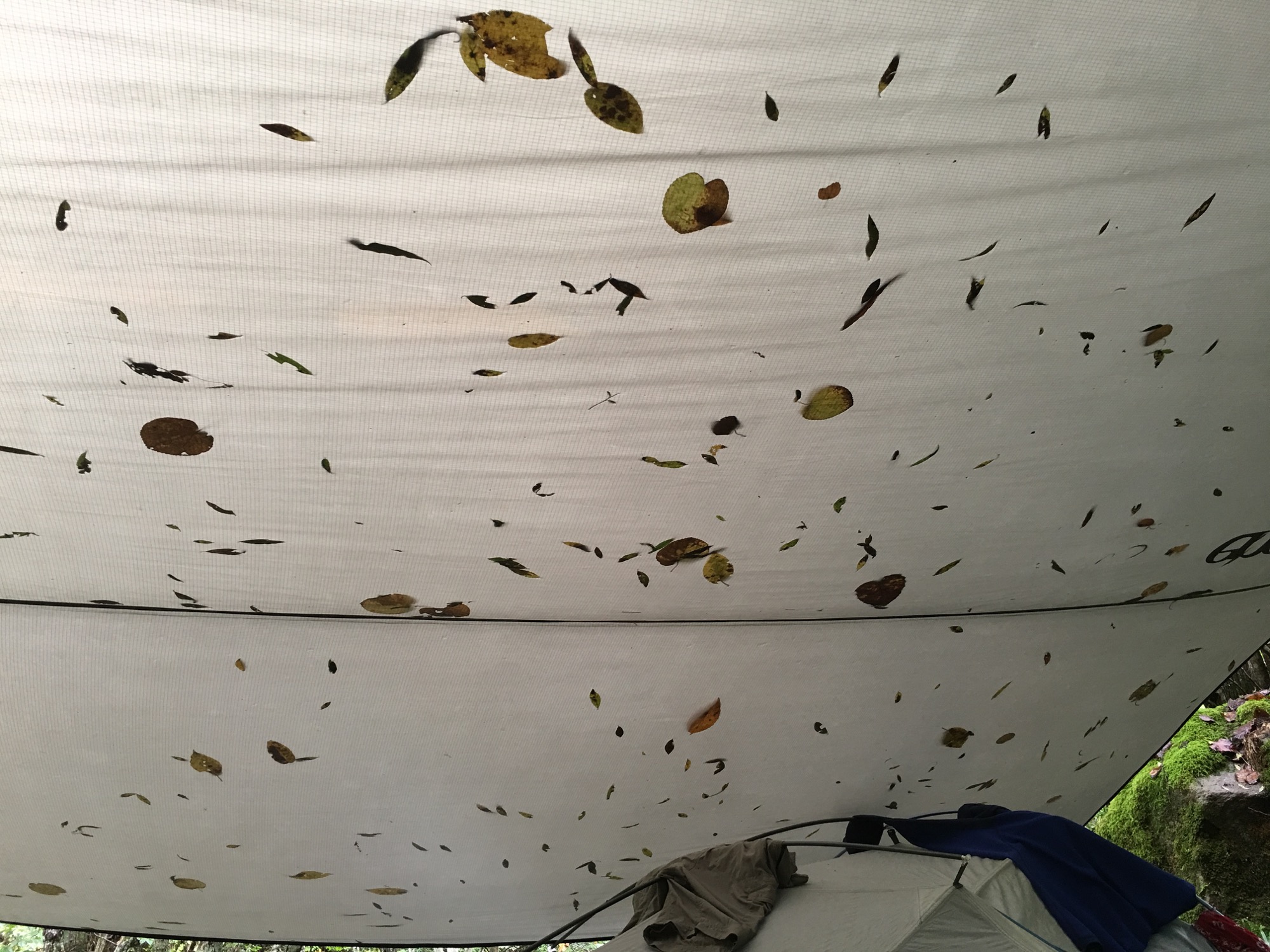 It rained heavily for the next several hours. The rain was just a continuation of an exceptionally wet month. All hopes of having a campfire that night were extinguished by each plump rain drop that fell from the grey sky... but that did not stop us from trying anyways. 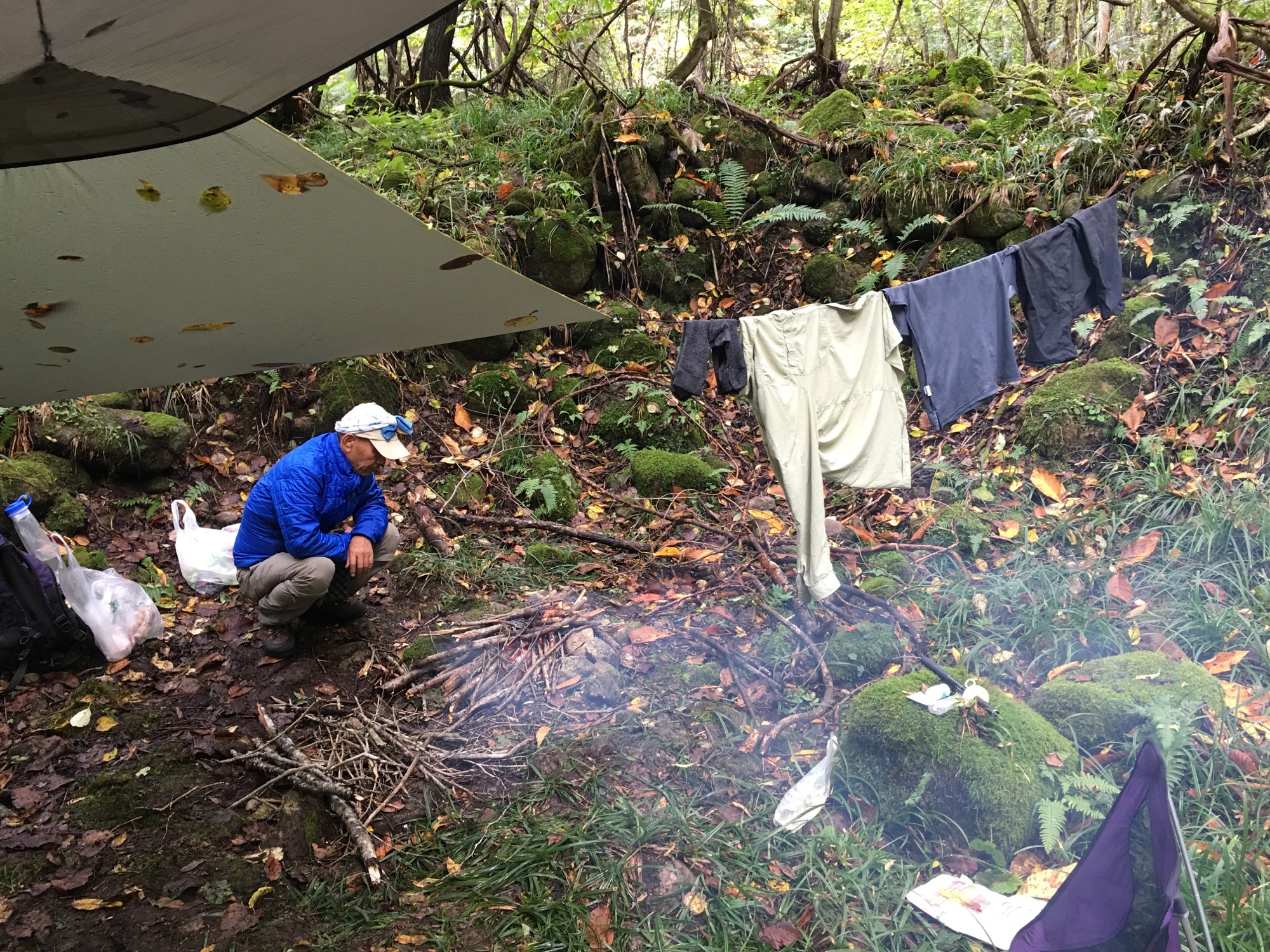 Go camping in a rain storm. It will make you more appreciate the comforts you have in this modern day and age.

Our campsite was one of dreams. We were on the edge of a meadow a babbling brook cascading down a hillside covered in bamboo and a river not more than 10' away with a thousand happy Iwana swimming in its depths 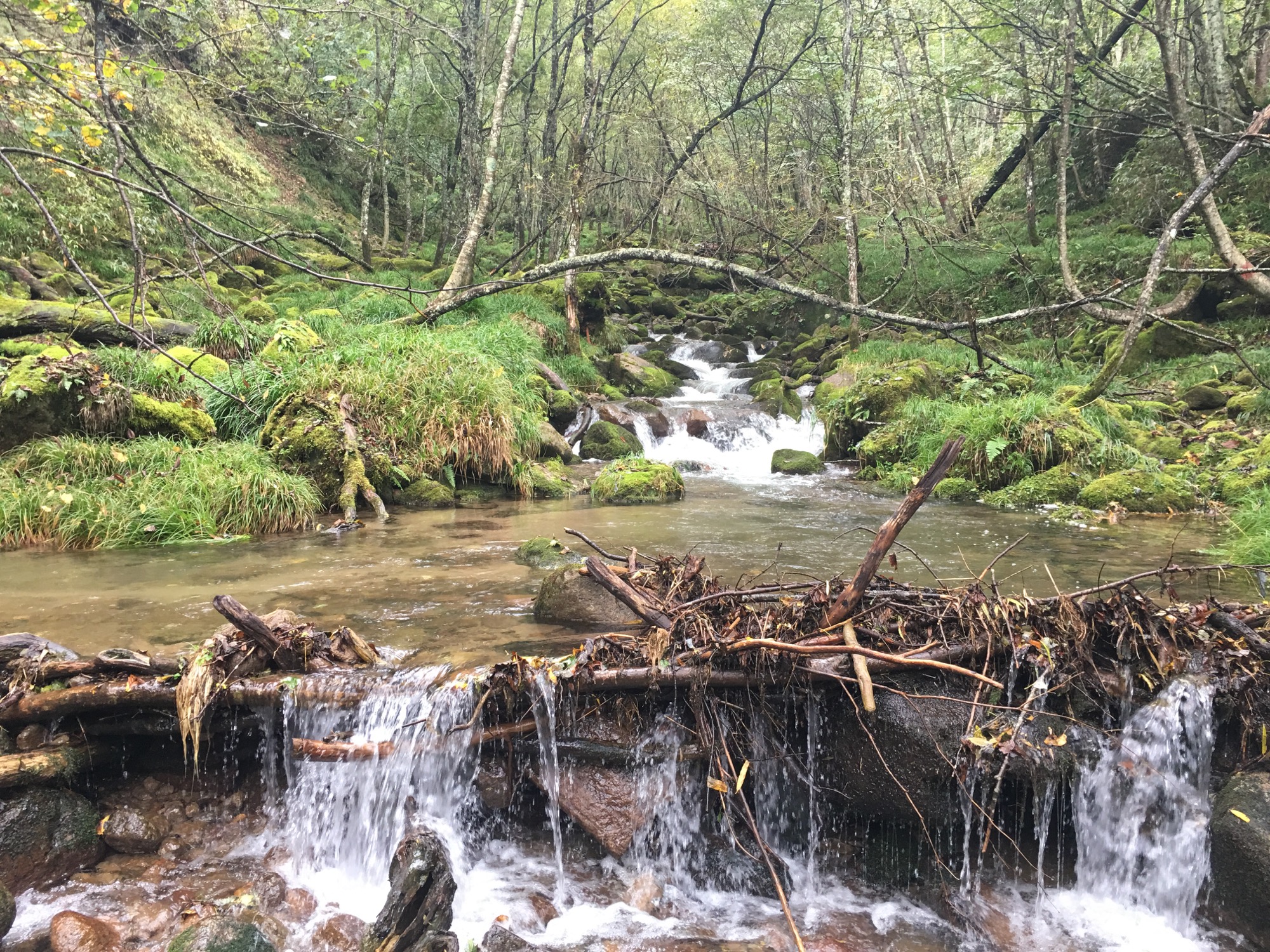 The rain and the snow come down from heaven, and do not return to it without watering the earth and making it bud and flourish, so that it yields seed for the sower, bread for the eater, [and fish for the angler].

Over the next three days I brought to hand over 30 Iwana with another 20 or so that gave chase to my fly or got off before I could properly "catch" them. It was by far one of the best (if not the best days) of fishing I've had in Japan. There wasn't a dam in site (except at the end of the third day when we were fishing closer to 'civilization') and we did not see any people until the hike out (and they were biologist maintaining/monitoring deer migration routes). 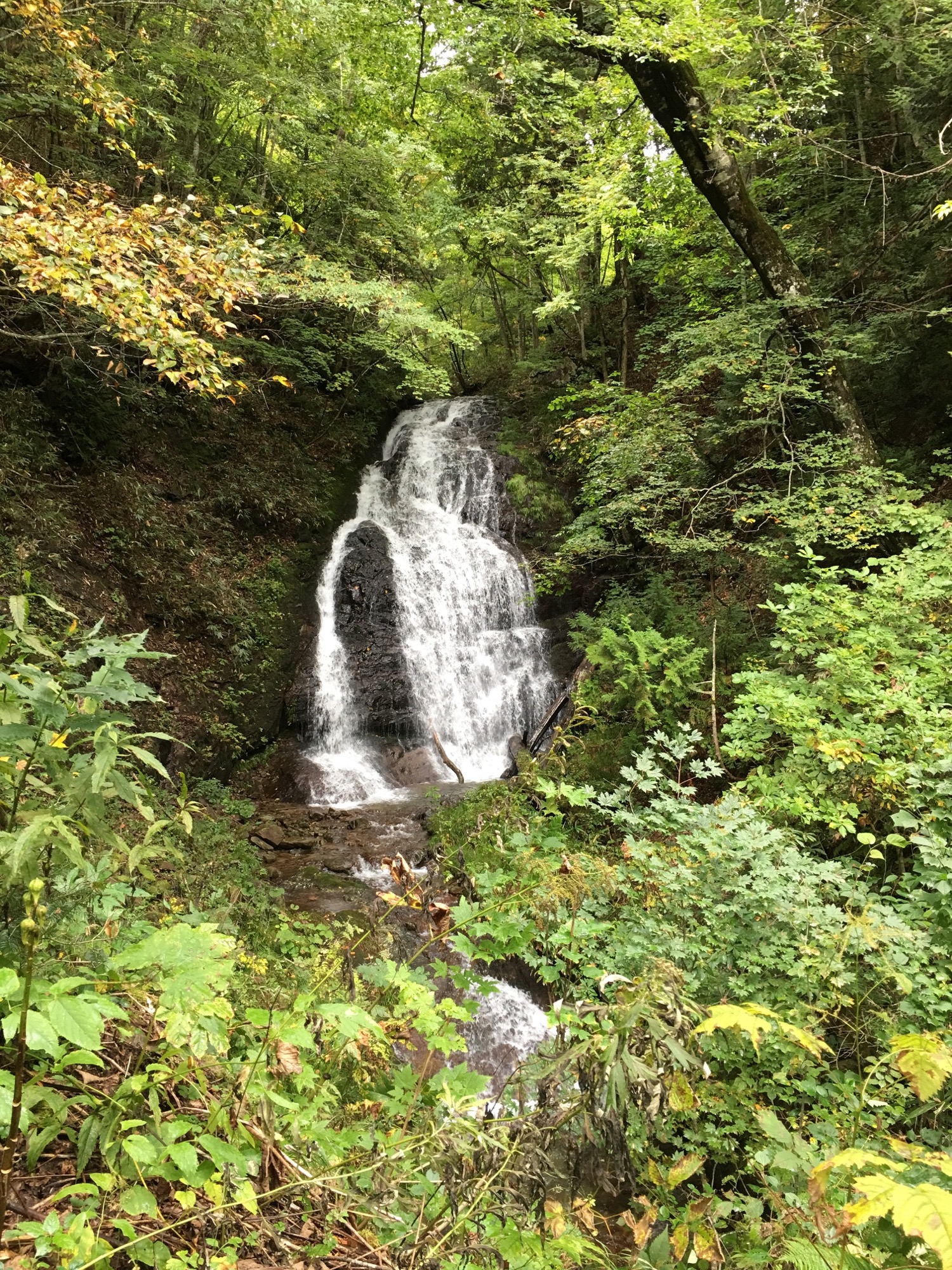 The second night the rain subsided and a million stars glistened through the leaves that were dancing in the intermittent breeze. As the night drew on, the temperatures dropped to nearly freezing! As I shivered in my 0° C rated bag I reminded myself to remember the day when I was cold and needed a beanie and a jacket. After a long warm summer the first cold days are a God send. 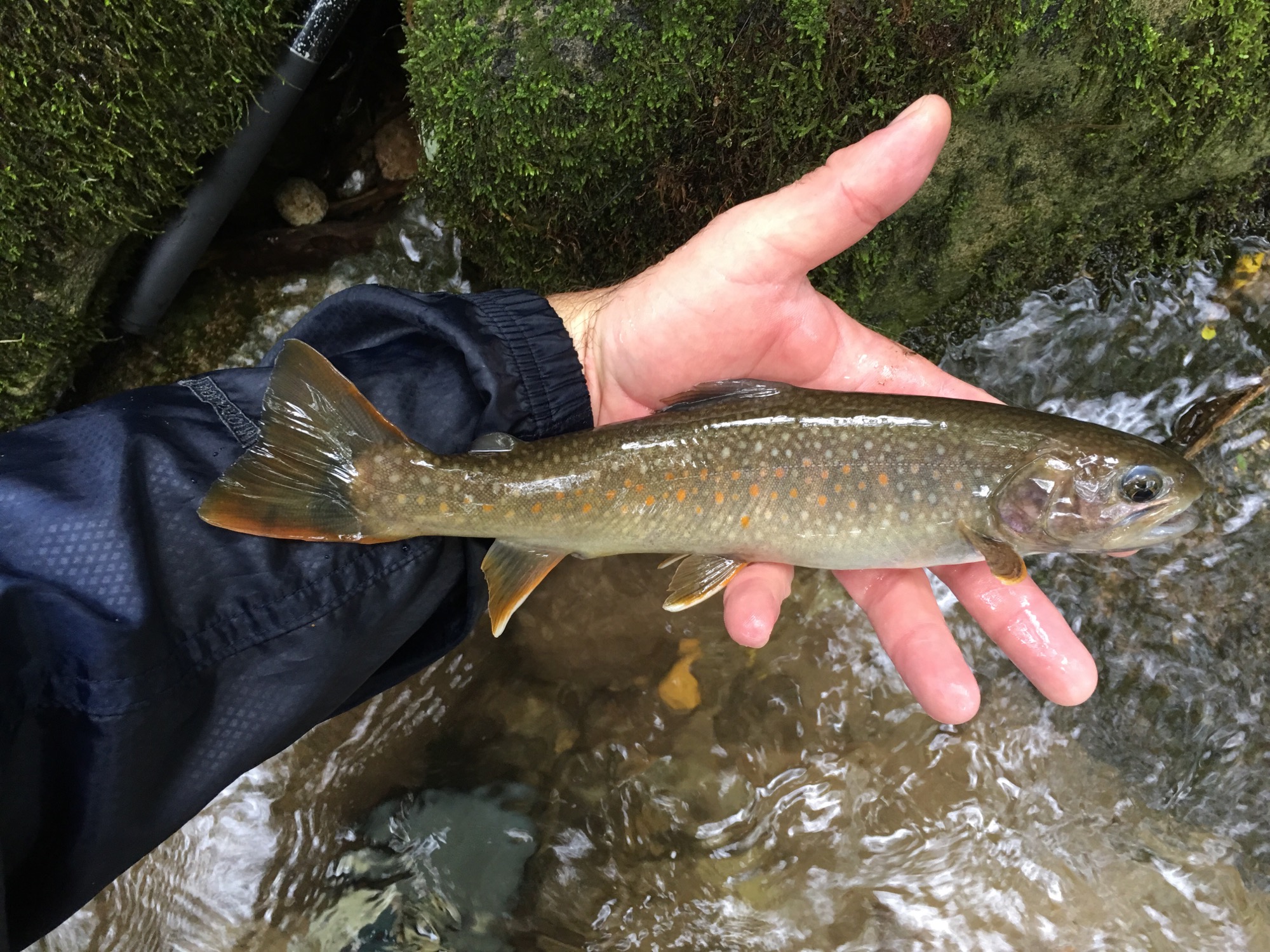 The third day we packed up camp and headed back to the car but not before making a short detour to fish a promising tributary that yielded another dozen fish and a handful or two of yamabudo (山ぶどう) aka mountain grapes. 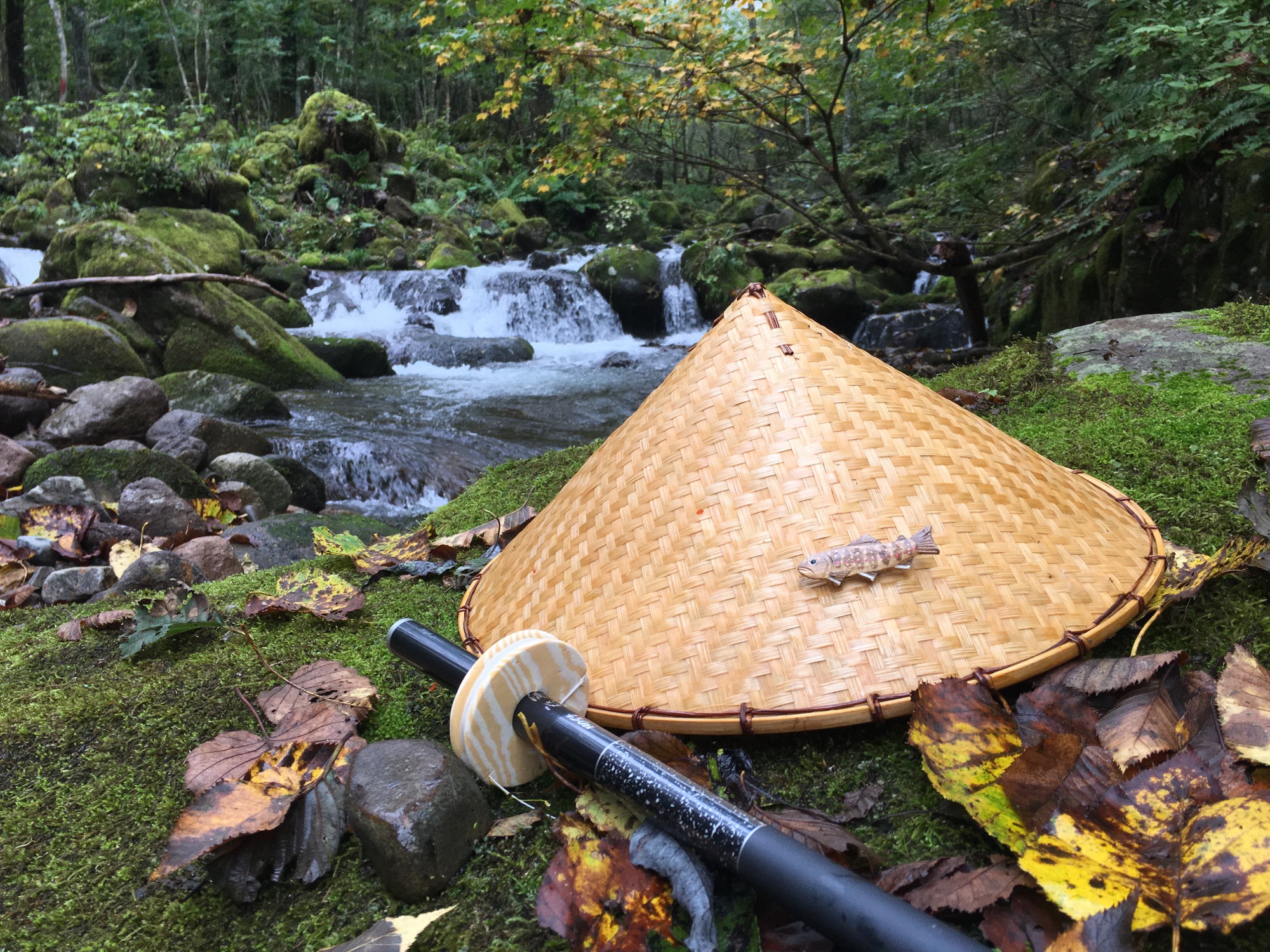 The genryu of Japan are absolutely beautiful and totally unique, anyone that has fished one knows it. They offer a fishing experience that is hard, if not impossible, to replicate anywhere else in the world. If you haven't already you would be remiss not to make plans right now to visit next season - early April through late June are the best months. If you come early enough you can catch the cherry blossoms and make sure you have some soba, sashimi, and ramen too. This country is something you should experience at least once in your life. 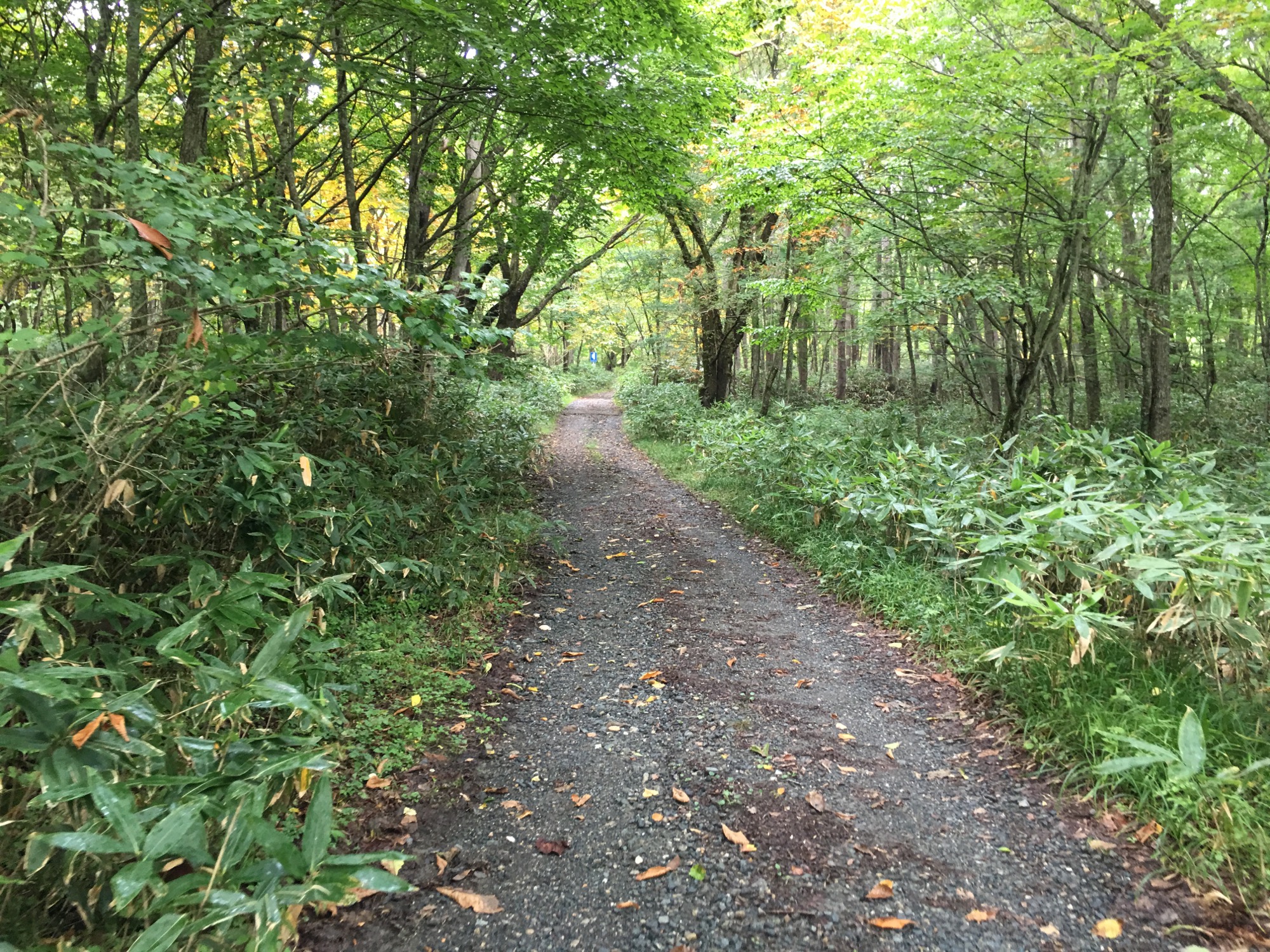