A few weeks ago I wrote a guest article for Discover Tenkara about the bamboo rod Go Ishii and I have been making under the supervision of Yamano-san. If you missed the article you can check it out here. Well this past week I travelled back up to Kawaguchi with Go Ishii-san, and together we put the finishing touches on our bamboo rods. 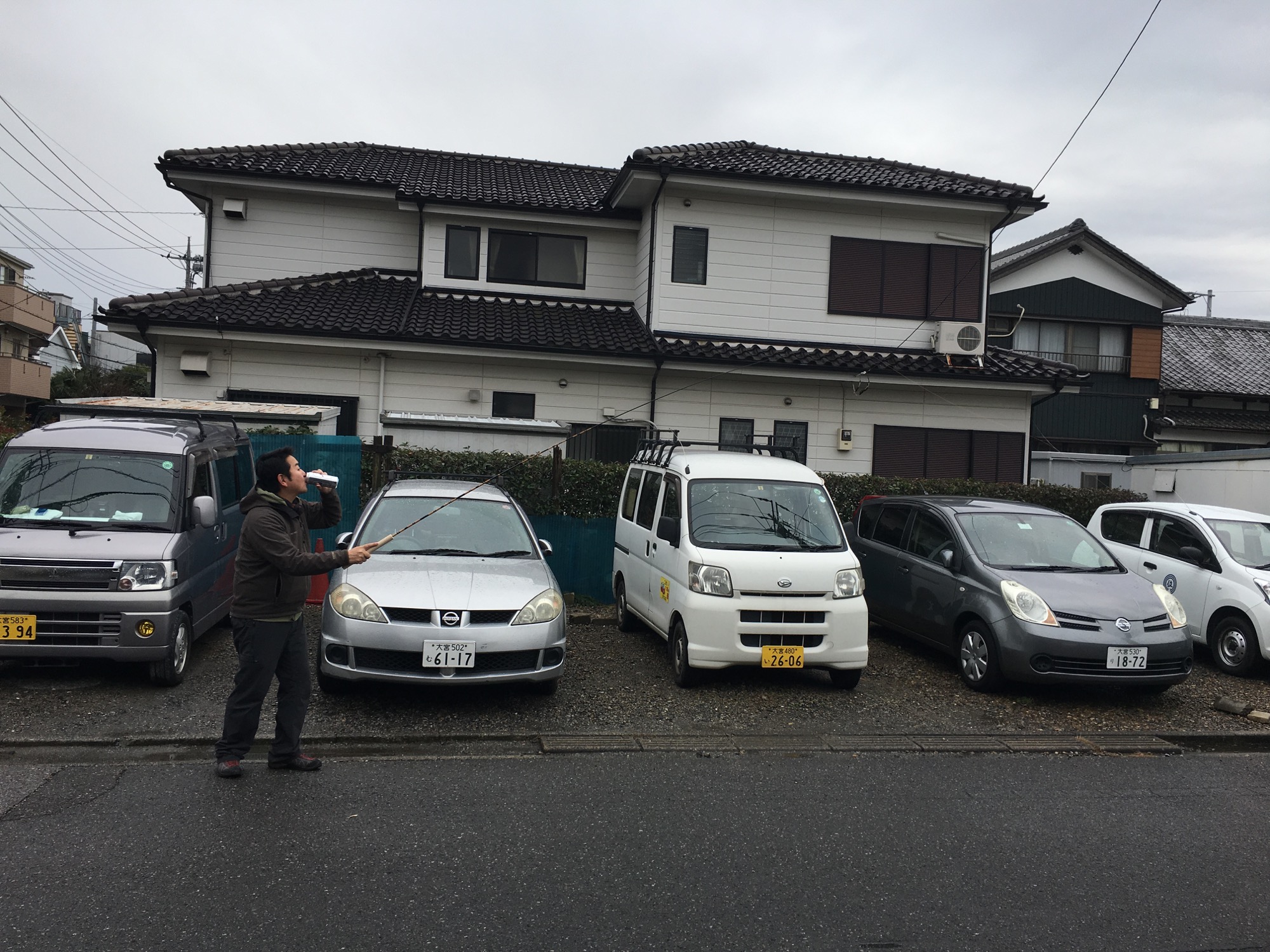 Go Ishii-san testing out a bamboo rod that Yamano-san is custom making for him.

In November we selected our bamboo, straightened the pieces, and wrapped the female ends with thread. This month we had to drill out the female ends, sand and file the male ends to make them fit snug together, apply a few coats of lacquer to achieve a high gloss finish, and glue the handle to the rod. 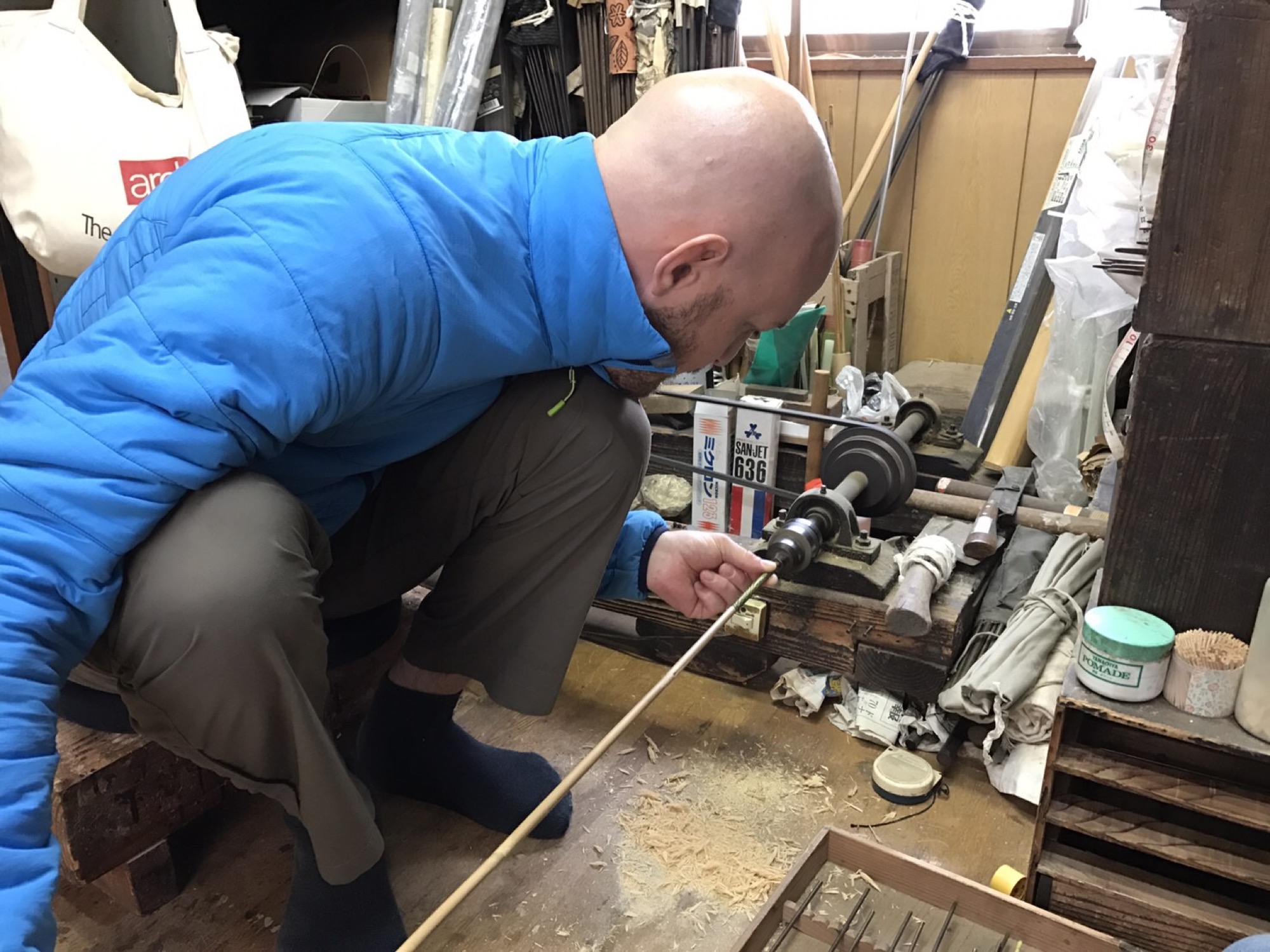 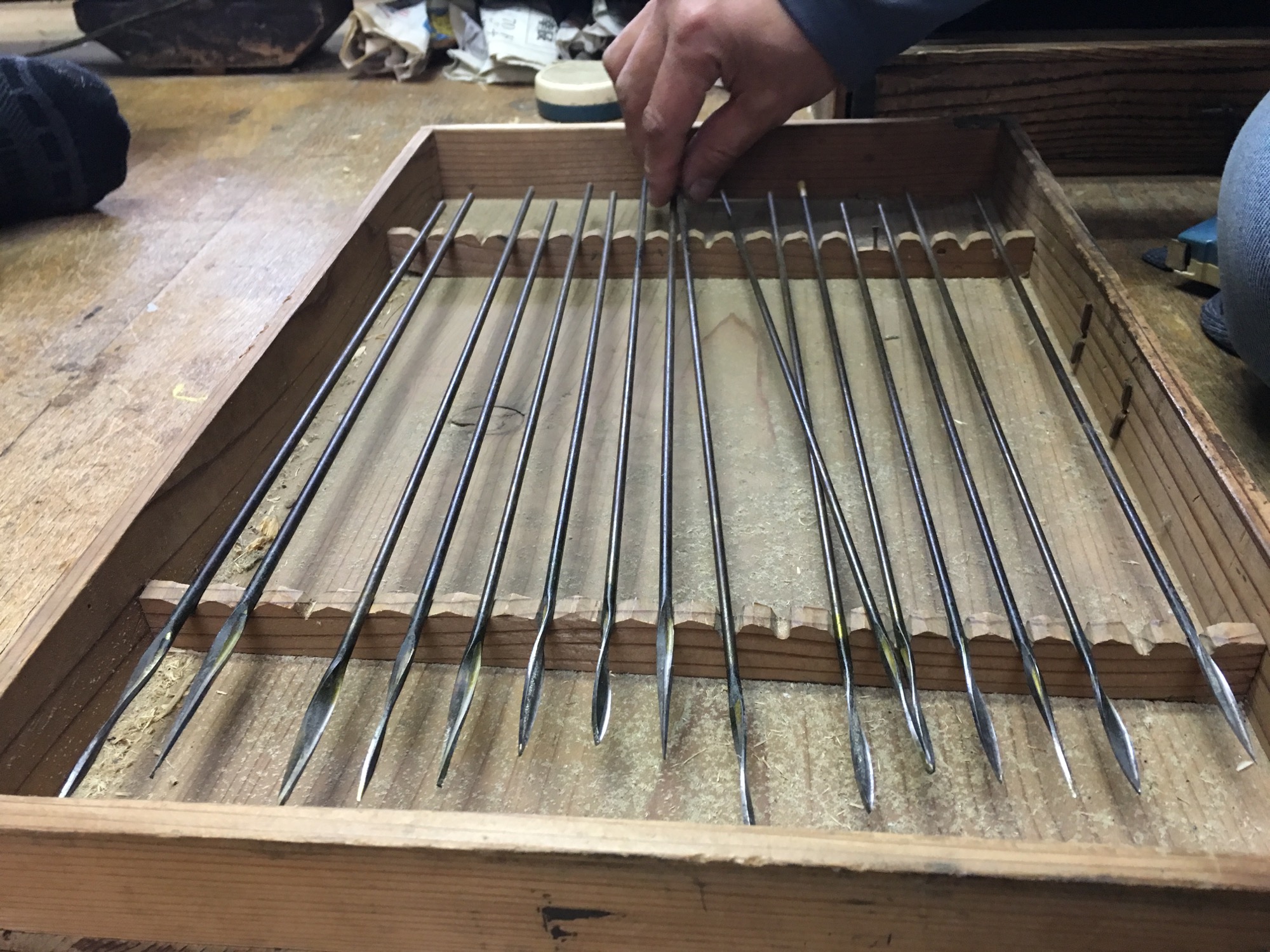 We finished all the steps before lunch and while we waited for the glue to dry we headed out for some food. I got the miso sesame ramen with gyoza and a beer to wash it all down. I have yet to meet a bowl of ramen I have not loved in Japan. This ramen did not disappoint - it was absolutely delicious. 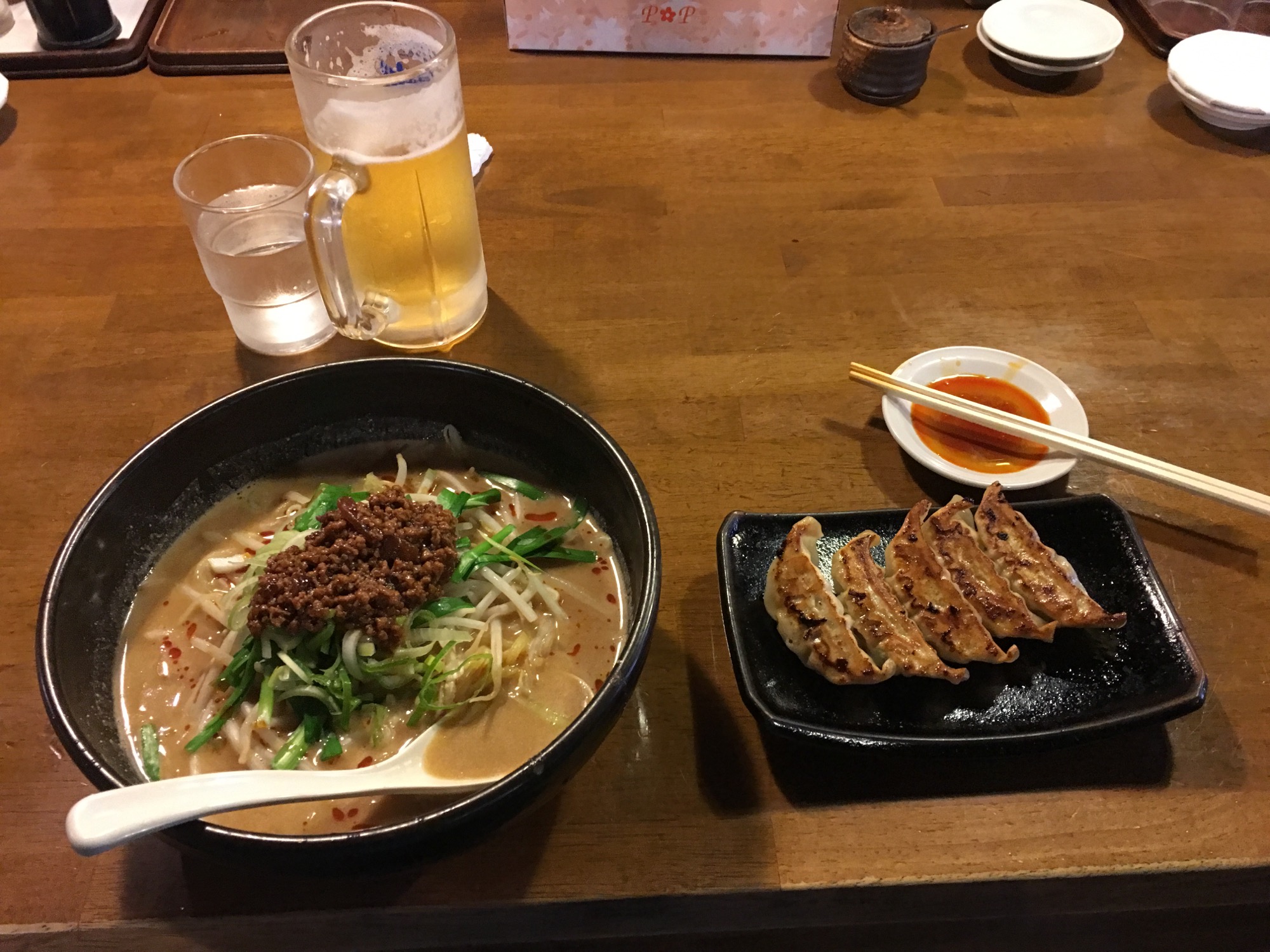 Mmmm... I am getting hungry just looking at this yummy ramen.

After lunch we headed to the Shibagawa (芝川) which is within walking distance of Yamano-san's home and shop to test out our rods. Go Ishii and Yamano-san's okusan (wife) caught the lion share of fish. Yamano-san spent most of the trip rigging lines for me as I was not catching anything. Just before I became a human popsicle I caught a Moshido (モツゴ) - she was a beautiful iridescent purple and pink with silver scales. I slipped her back into the murky water and we high tailed it back to the shop to warm up. 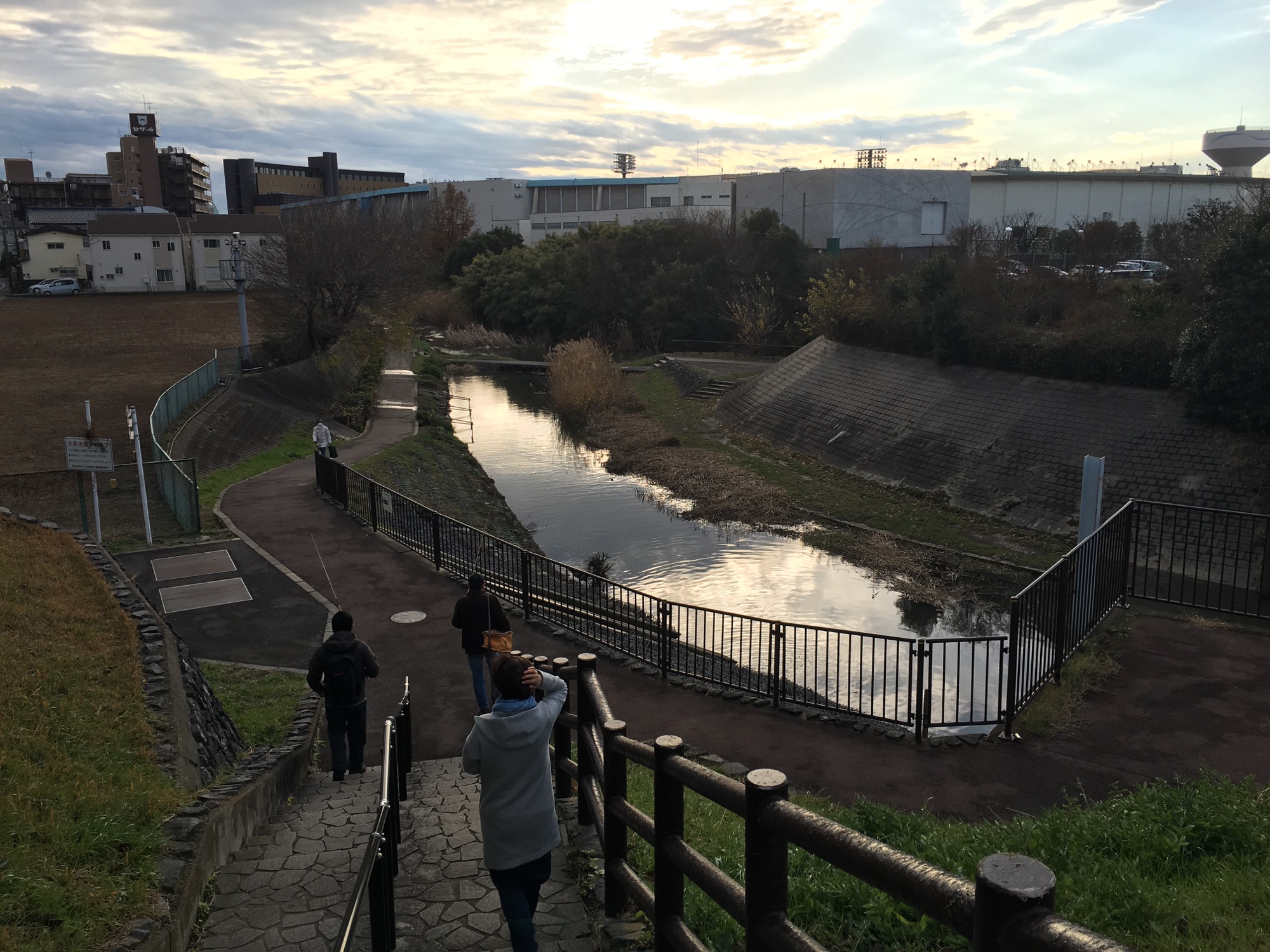 Back at the shop Yamano-san's wife gave me my first Shodo (calligraphy) lesson! The first character I learned was Sao (竿) which is written using 9 strokes in a specific order. Ishii-san and I both wrote our names and the length of the rod in Japanese on the rod sleeves - then we went to dinner. Check out the video at the bottom of the page that Go-Ishii-san shot of me writing my first Japanese character. 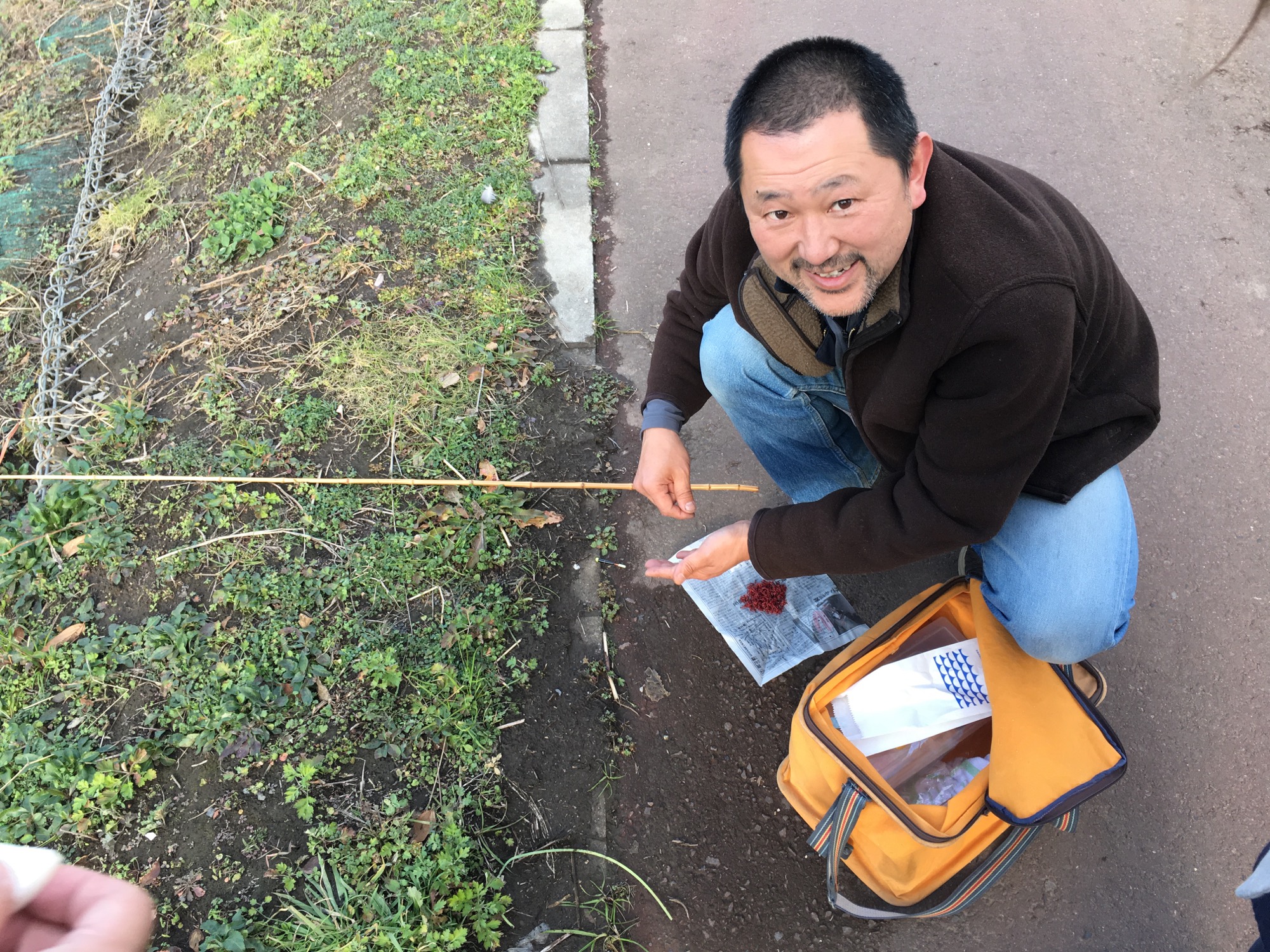 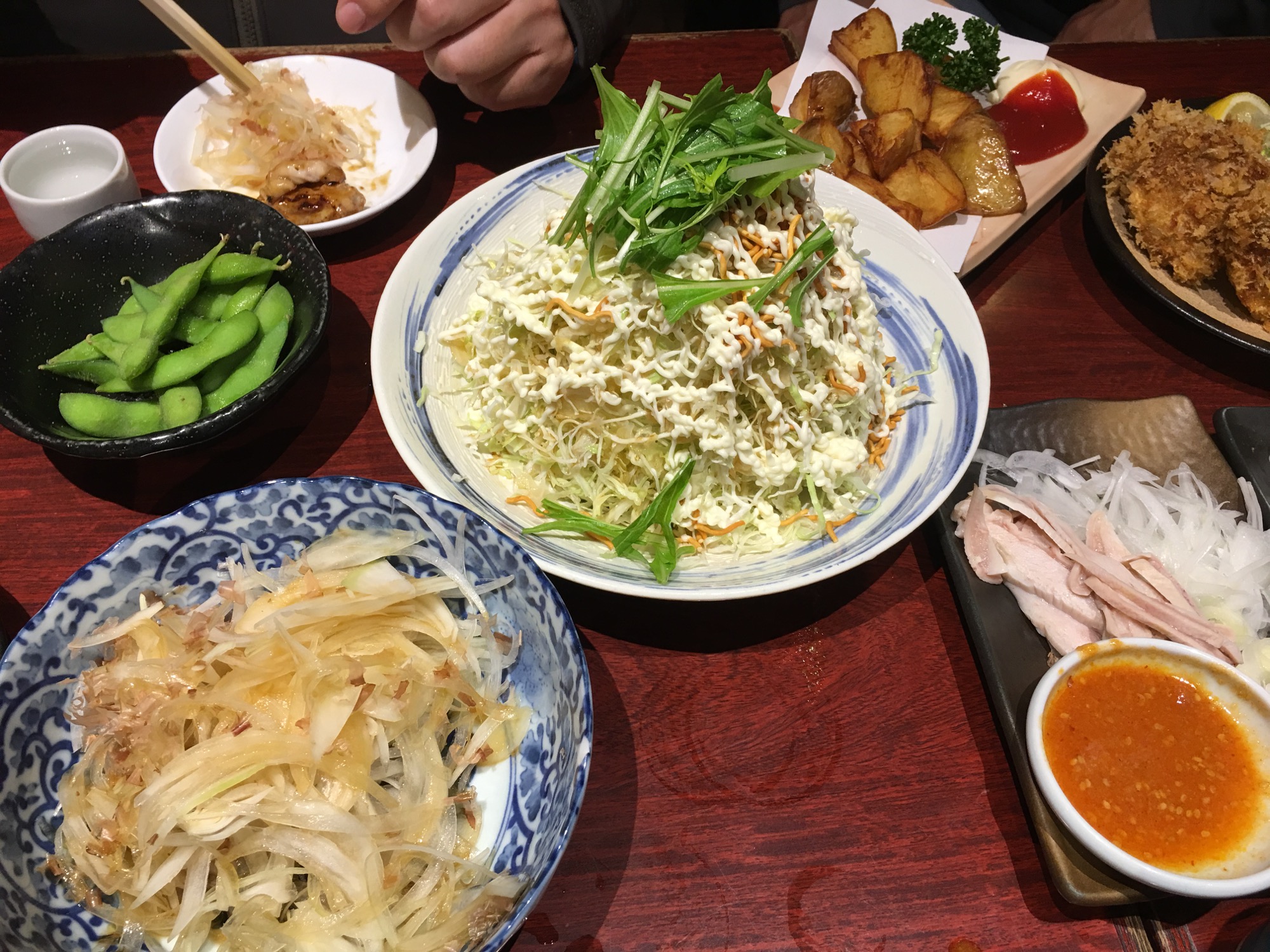 We went to a Nabemono restaurant but we were still pretty full from lunch, so we opted for a plethora of appetizers instead. That evening we dined on pig intestines, pig heart, pig stomach, a bowl of onions and fish flakes, a mountain of cabbage, pig liver, fish sausage deep fried, fried onigiri, and sake to wash it all down. It was all seriously good. 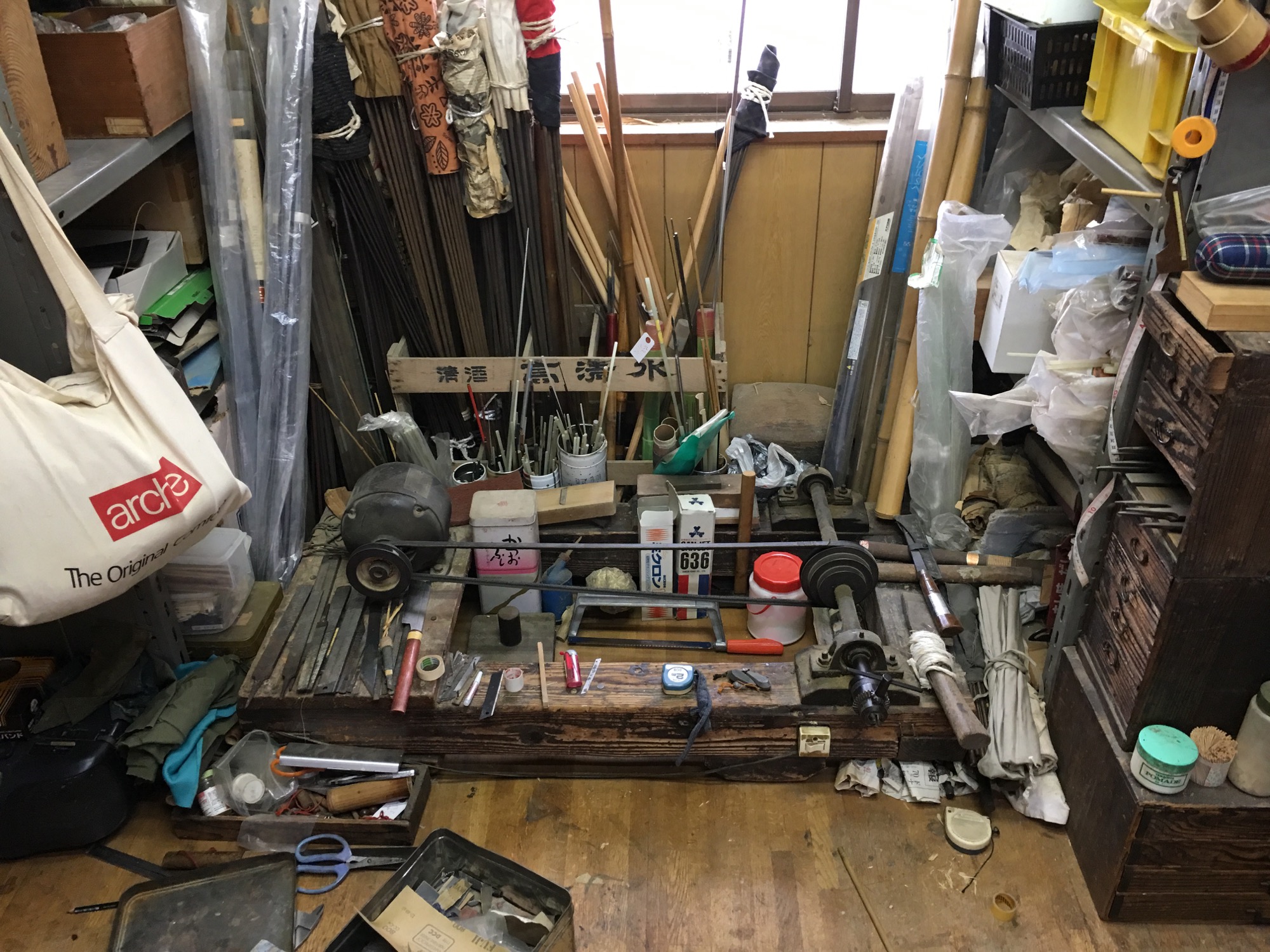 In August I got a new pair of skis for my birthday - the ostentatious Black Crow Corvus Freebird. They got very good reviews and I was excited to break them in. I mounted the acclaimed Marker Kingpin AT binding, which while a little heavy for an AT binding were supposed to cure the problems I had with my Dynafit bindings (namely pre-release in sketchy conditions). Well this week it absolutely dumped snow in Niigata Prefecture and so my friend Junpei and I headed out to Kagura Ski Resort. After a few hours lapping some fun in-bound runs we donned our skins and headed into the side-country. The upper part of the resort does not open until January 1st so we skied some closed in-bound runs. Afterwards, we dropped into a nice bowl for some tight skiing between yet to be buried bushes and trees. The powder was light, fluffy, and about knee to waist deep. 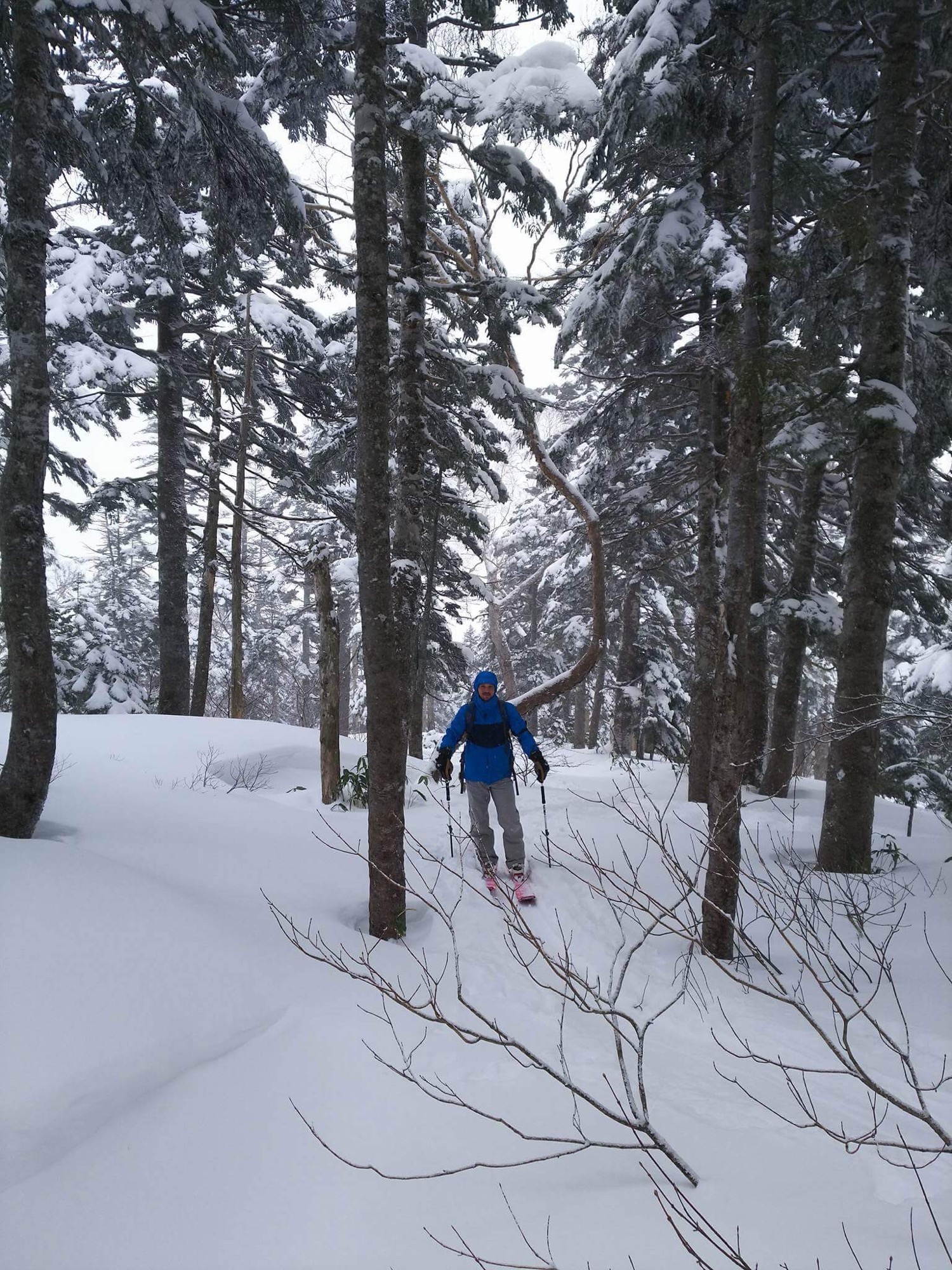 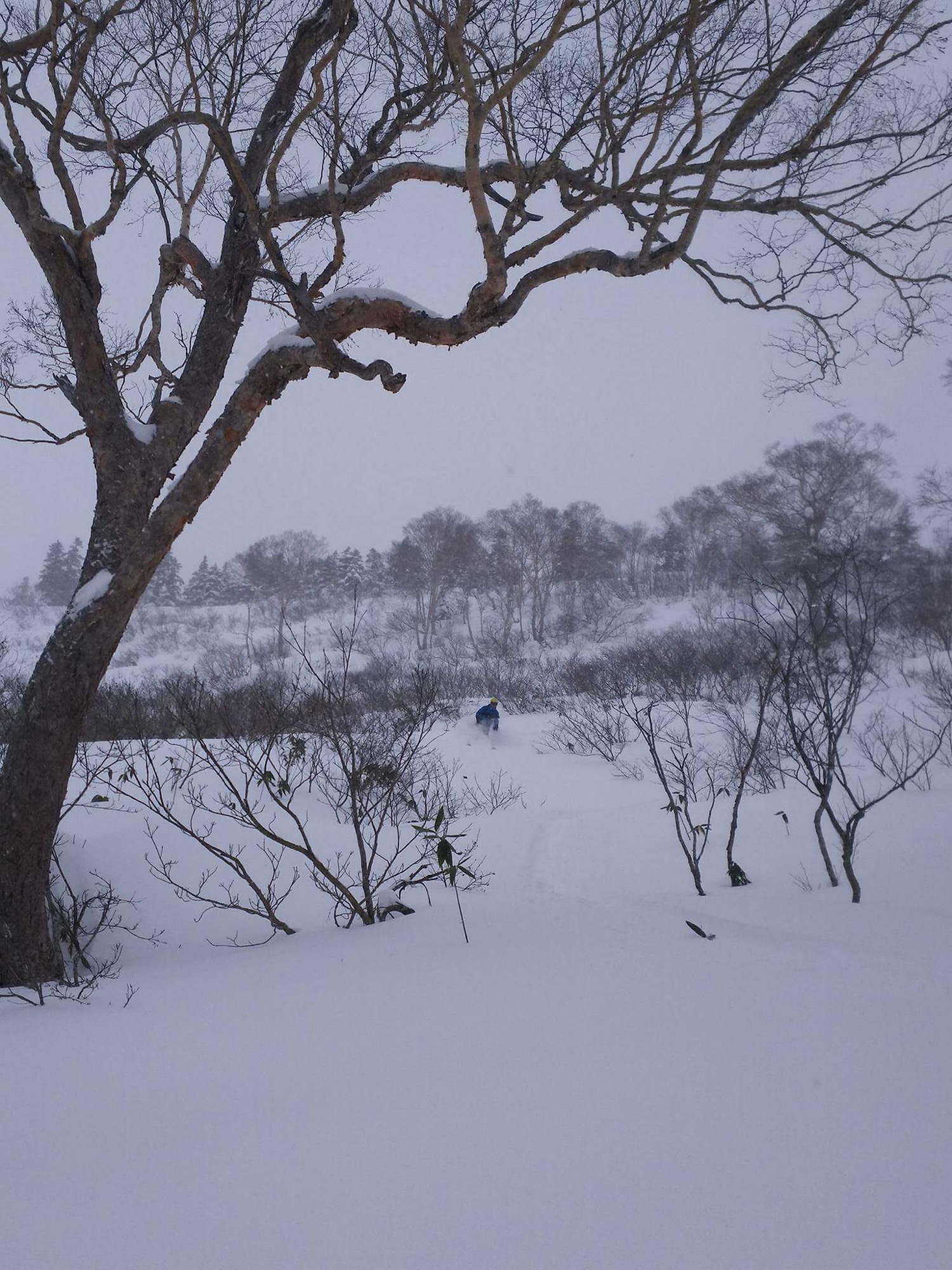 My new skis and bindings performed as advertised, the heavier weight of the skis (when compared to my previous sticks - the Black Diamond Kilowatt) gave me a lot of confidence in the choppy surfaces you often find after a few days of continuous snow minus grooming. The bindings were very impressive, despite the -3°C temps they never iced up and the connection to my skis made me feel like I was skiing with an alpine binding! I am very happy with my new toys and I am looking forward to the many adventures we will embark on together.

Here is a quick video I compiled of both my first Shodo (Japanese calligraphy) lesson and some footage from the Kagura Tashiro ski trip. I dedicated the run in the video to my late friend Sienna Caselle. She took her life this past April at the young age of 16. We both volunteered for an Adaptive Skiing non-profit called Two Top Mountain Adaptive, which is where I met her and her father. During the winter she rode a snowboard and helped teach the wounded warriors and disabled athletes. She was always smiling, vibrant, spunky, and she always beat me down the mountain. During the summer she helped out with the water skiing events that the non-profit provided for adaptive athletes. She taught me how to ride a stand up Seadoo and showed me a really cool rope swing near Dam 4 on the Potomac. Her father started an adaptive non-profit in her memory called "One Way Or Another". In the Marine Corps I lost too many brothers during my deployments but suicide is particularly harsh and for someone so young too. Her passing has been a hard pill to swallow. 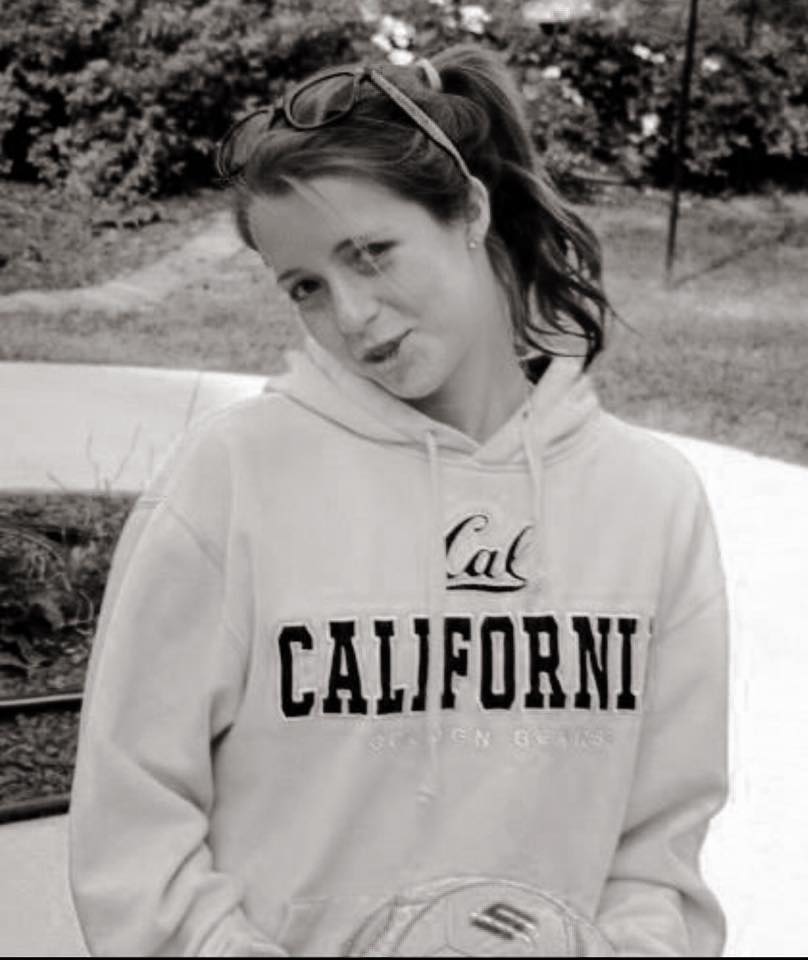 It was a great run Sienna, the powder was blower and waist deep - I wish you could have been there. 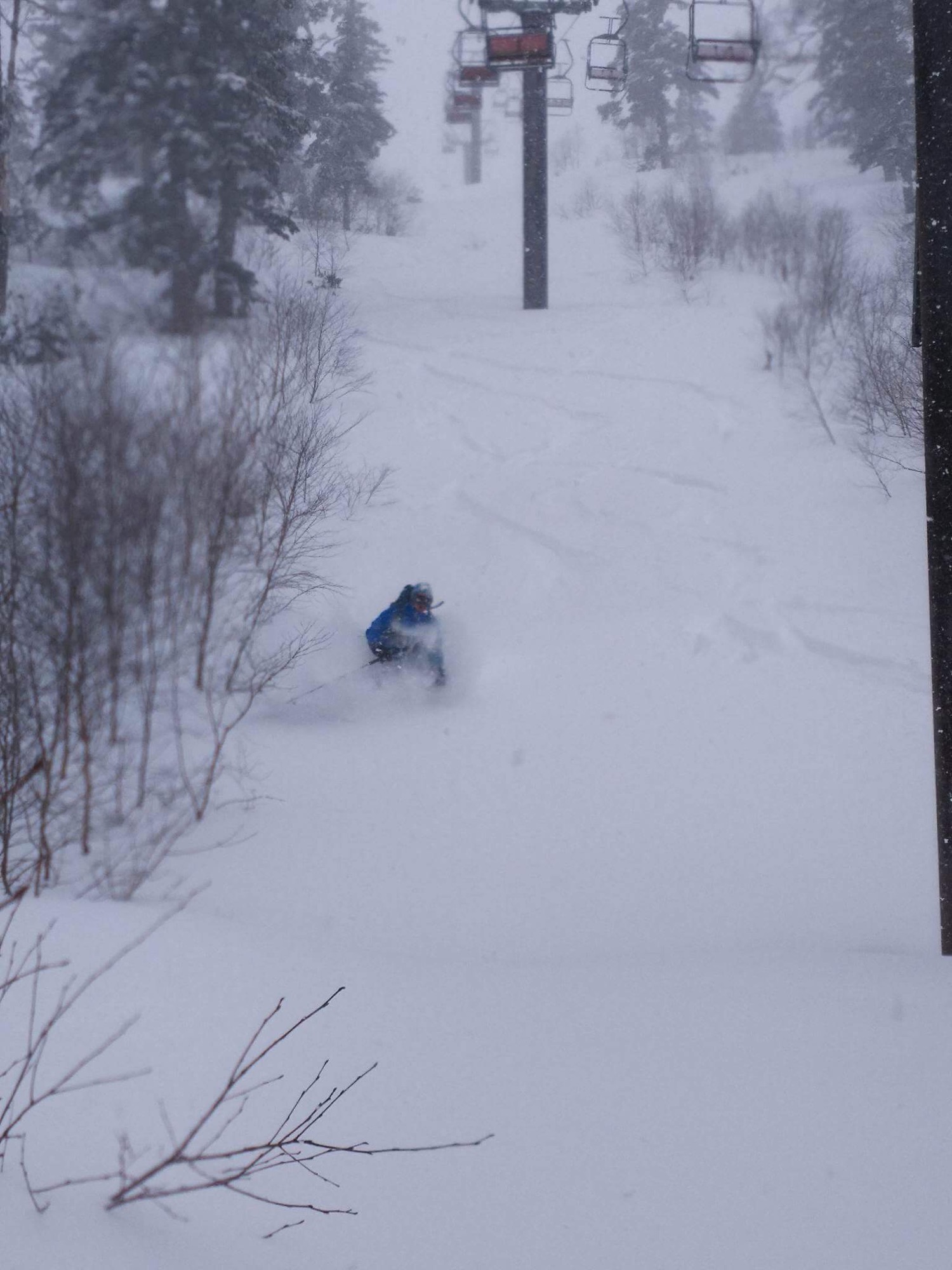